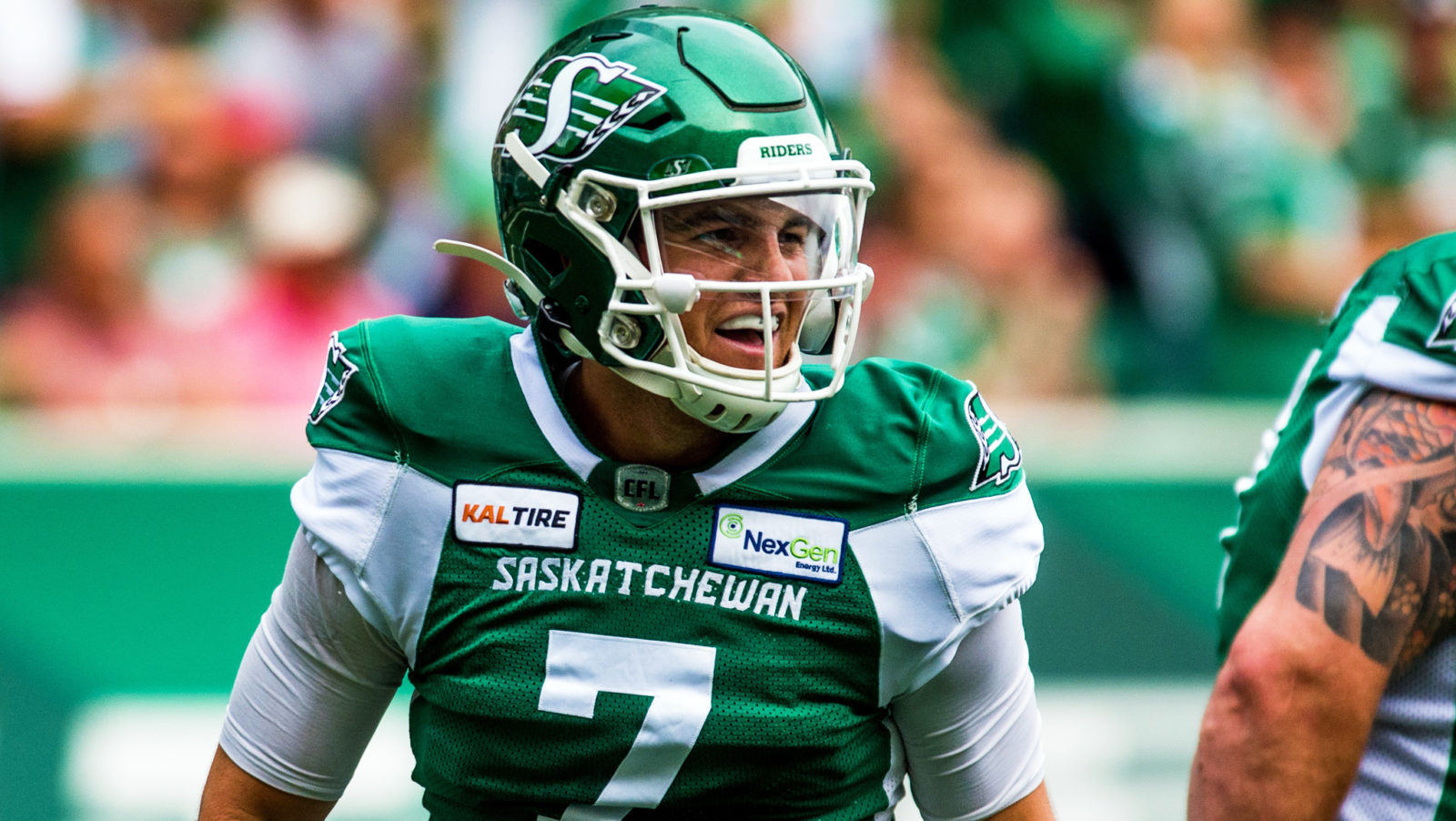 It’s not often you get an unexpected season and a season where you’re left to wonder what could have been rolled into one, but in its simplest form, that was the 2019 Riders.

The hype in Riderville at this time last year was for Craig Dickenson to establish himself as the green machine’s new leading man. They also had free-agent running back acquisition in William Powell, who was capable of carrying the load, and a veteran quarterback in Zach Collaros guiding the ship.

In the end, it was Collaros beating the Riders in the Western Final to go to the 107th Grey Cup presented by Shaw with the rival Winnipeg Blue Bombers.

How did we get there? The complicated answer to that question will weave you through a long and winding regular season. The simple answer can be defined simply as fate. 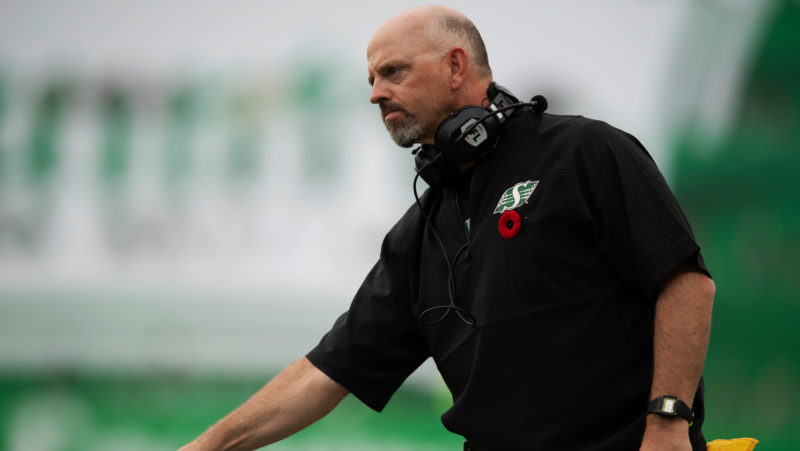 After Collaros was forced out of the Riders’ first game of the year after a hit from Simoni Lawrence, fans began thinking fatalistically rather than about their future. In reality, it led to one of the most unexpected revelations in recent memory.

In no way am I saying Zach Collaros could not have been a great quarterback in Saskatchewan this season, quite the opposite. I feel when Zach is healthy, he’s amongst the league’s best. With that said, the Collaros injury forced a turning of the page for Saskatchewan and in turn, they found their new saviour in Cody Fajardo, who went on to torment defences in both divisions with his run/pass balance and playmaking ability. 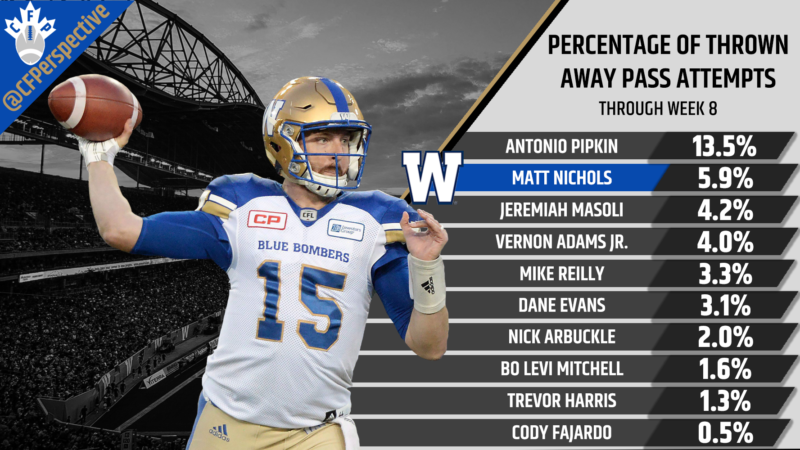 Fajardo is a battler. He doesn’t shy away from challenges, and while his aura is more Disney prince than badass, his playing style has raw, ugly and gritty elements to it.

Fajardo, of course, was supported by a superior ground game, especially when backed up inside his own 30-yard line (or ‘Win Zone’). That’s an essential tool in controlling the flow of the game when put in a difficult field position or down and distance situation.

Fajardo was not a very aggressive passer — with consistency — in 2019 but that’s understandable given his rushed promotion and the expectations that followed in his market. 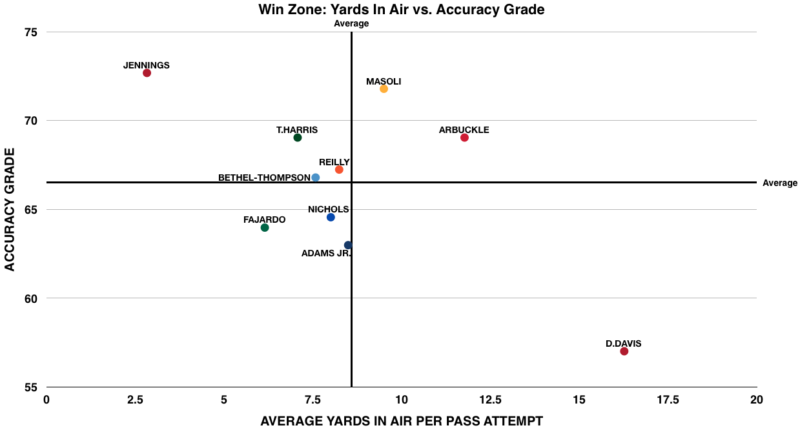 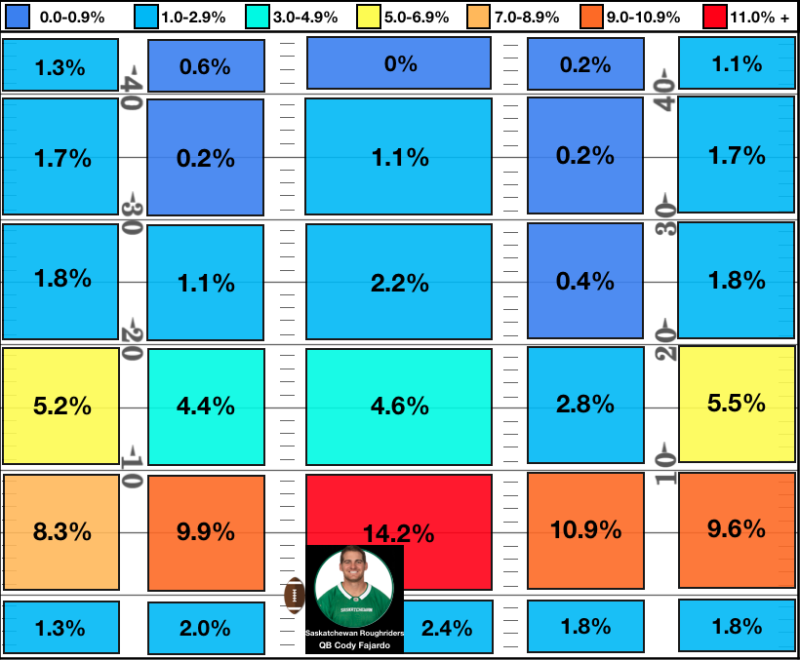 And completion percentage to those throw locations: 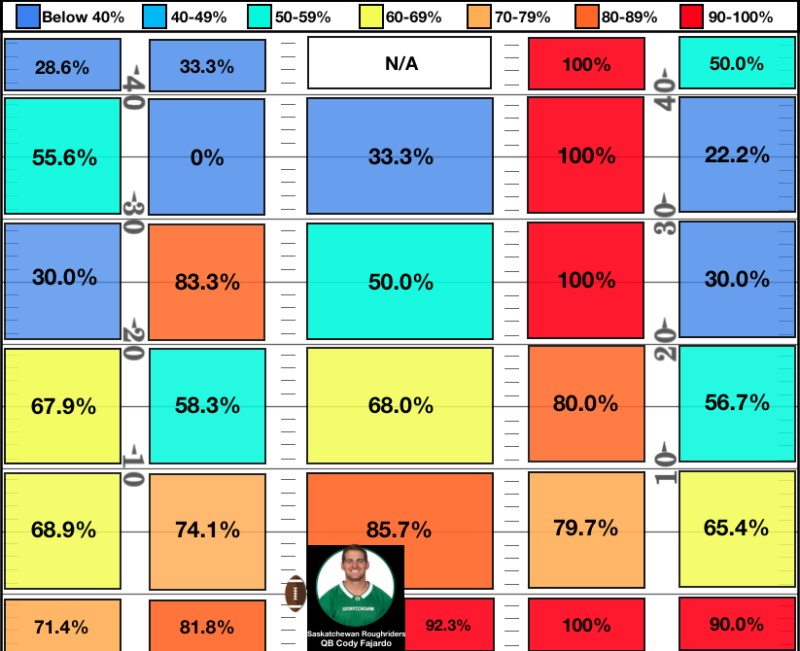 In the attempt heat map, you can see Fajardo’s hesitancy to stretch the field, but this isn’t a criticism, more of a commentary on the style that former offensive coordinator Stephen McAdoo wanted Fajardo to adapt to. 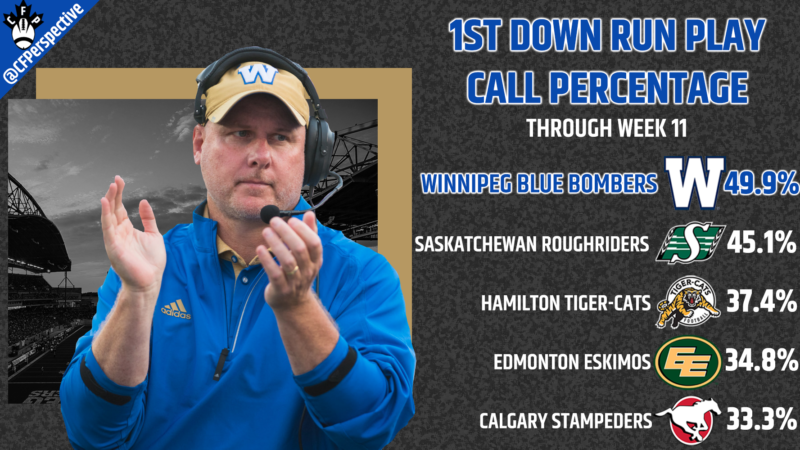 When asked to take shots vertically, Fajardo’s success rate to his throwing side down the seam was unimaginably high. Meanwhile, he dinked and dunked defences with play-action slants and the like all the way to a Most Outstanding Player nomination.

What I found most interesting about Fajardo’s heat maps was his tendency to avoid shots over 25-plus yards in the air was offset by his consistent ability to push the ball to and often past the sticks without needing to take a home run shot.

When Fajardo was in rhythm, his top target was undoubtedly Shaq Evans, who the Riders were wise to re-sign this off-season. 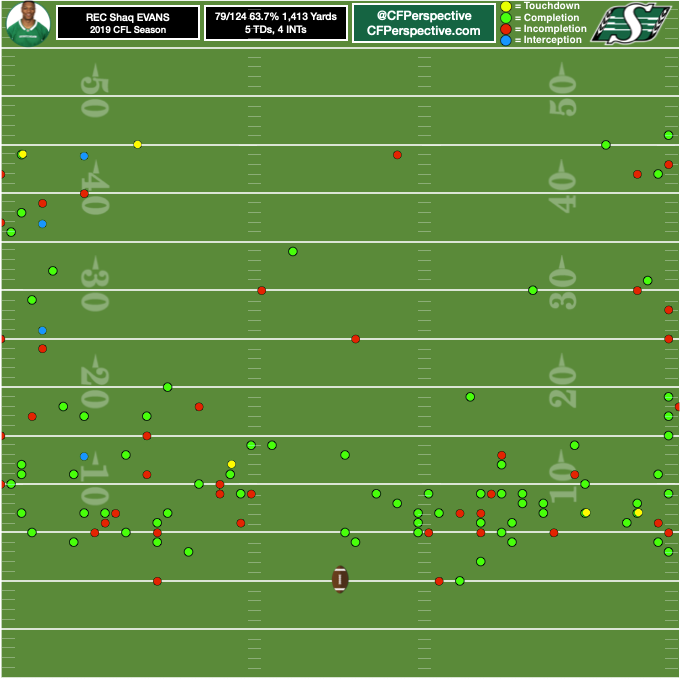 If new offensive coordinator Jason Maas can find a way to refine Fajardo’s passing skill set and maximize the value of Evans. Alongside the consistent run threat of Powell, the Riders have all the ingredients of having the CFL’s most explosive offence in 2020, but that is a lot of ifs that need to line up.

The starting point Maas and his new players in Regina will work from offensively is the profile below. 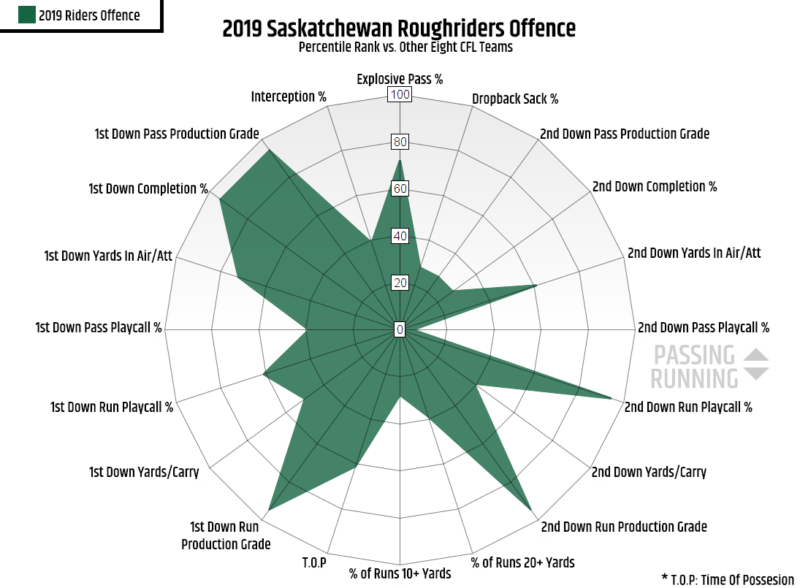 Here’s how the 2019 Riders matched up against Maas’ 2019 Eskimos attack led by Trevor Harris — keeping in mind the endless differences in personnel and team structure between the two. 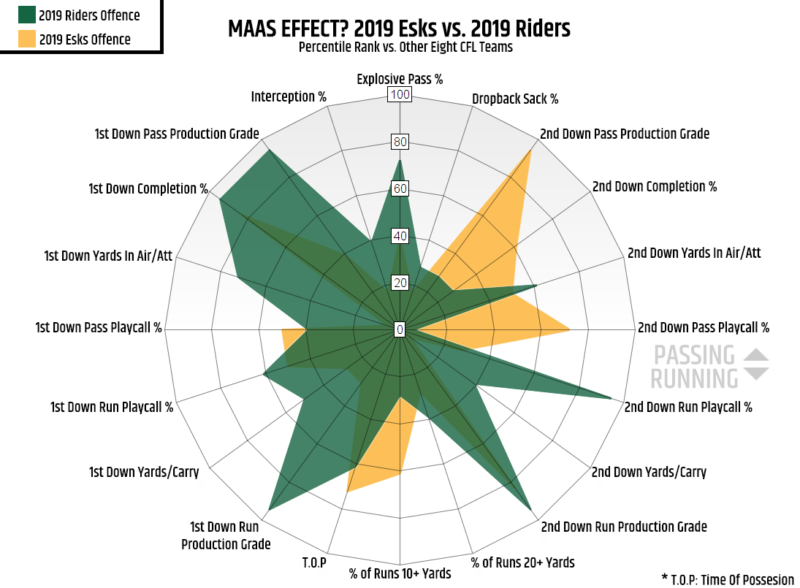 By the end of 2019, Fajardo was a shell of the player he’d been all season due to injury. The wear and tear of being a pro starter appeared to take its toll by late October, with weeks of wondering whether or not Fajardo would be ready for the three-week sprint that is the CFL playoffs.

For me, three main questions persist about the 2020 Riders after reviewing their 2019 season.

If Saskatchewan can answer these three questions with above-average success rate we just might be lined up for a repeat of 2013 when the Riders hosted the Grey Cup and had one of the greatest house parties in CFL championship history.