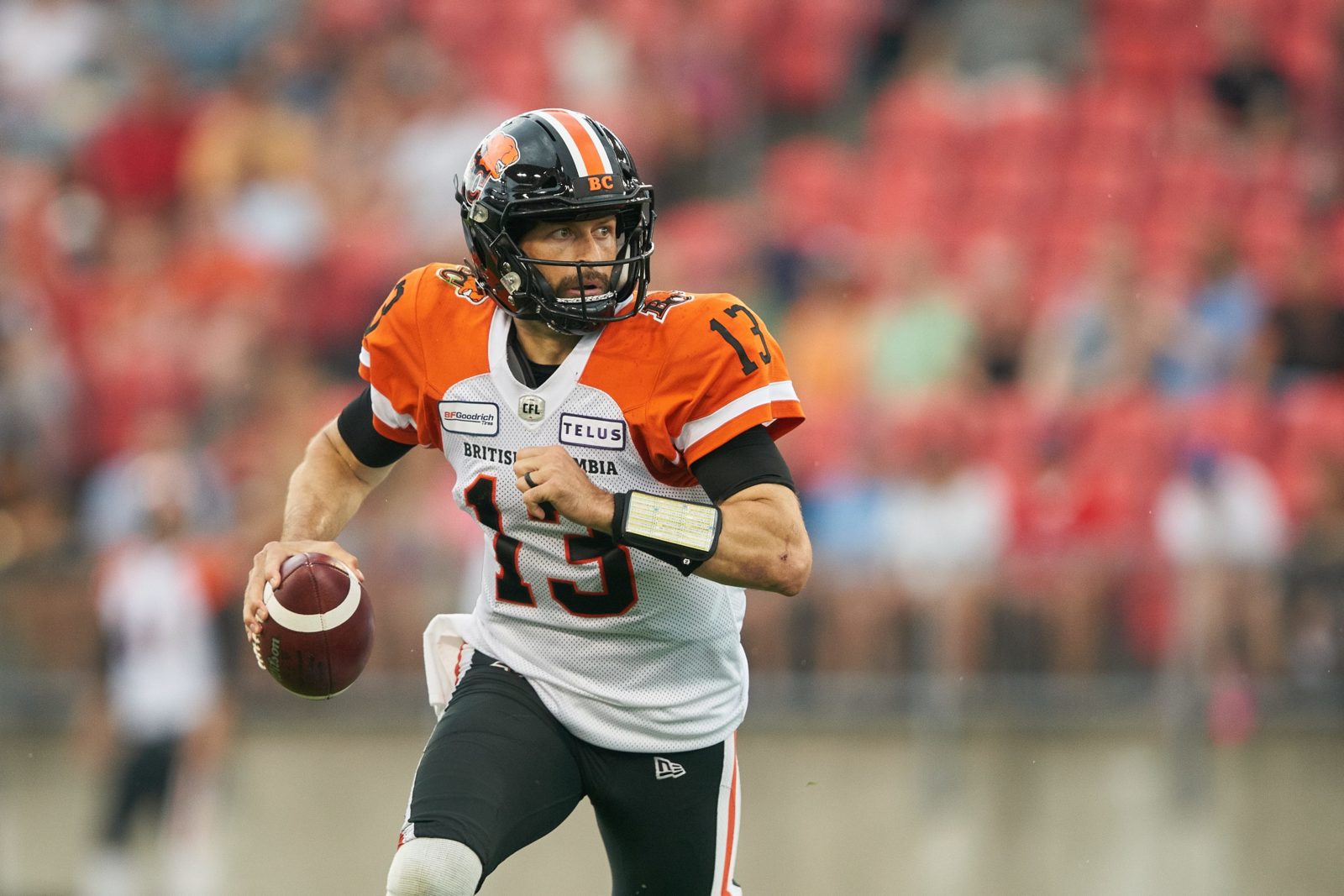 It’s been a low key off-season for Mike Reilly.

We haven’t heard much from the BC Lions’ quarterback since the playoffs started with the team on the outside looking in. This past week, Reilly made the trip from his Seattle home to Vancouver to spend some time with the Lions’ coaching staff.

Reilly also took some time to appear on the Lions’ podcast, 1st and Now, hosted by the Lions’ manager of communications and content, Matt Baker and Reilly’s good friend and former Lions teammate, Travis Lulay.

Reilly was in a lighthearted mood for the podcast recording. Discussing the COVID-19 pandemic, he said he didn’t understand people’s rush on bulk purchasing toilet paper.

RELATED
» Nye: 20 off-season thoughts
» Holley making the jump from Anchorage to the Lions den
» A summary of the Lions’ free agency moves

“Thankfully, (with the) new construction of my house I saw this pandemic coming years ago when I designed my home,” Reilly said. “I have a bidet in my bathroom now. I don’t have to go race with the rest of the folks down to Costco for my tissues.”

The trio eventually got onto the topic of football. Reilly said he was excited to get to work with two of the new receivers GM Ed Hervey had signed in free agency, in Dominque Rhymes and Calleb Holley.

“I’m super pumped about it. We’ve got some good new pieces,” Reilly said.

“I think Rhymes is a guy that’s a big, physical receiver and you can certainly do a lot of things with guys that are like that.”

This past week’s trip to Vancouver marked the first time that Reilly got to meet with head coach Rick Campbell and an almost entirely new Lions’ coaching staff.

“I’m super excited to play for Rick Campbell. He’s a seasoned, veteran coach in this league that has coached in pretty much every Grey Cup since 2015, it feels like,” Reilly said.

“He’s an interesting character. He’s a very good coach and he’s got a good sense of humour, but you have to crack the code a little bit (with him), I think.”

This is the first time that Reilly has played for Campbell but he’s seen him across the field as a rival coach for the entirety of his CFL career. In 2015, Reilly’s Edmonton Eskimo team beat Campbell and the REDBLACKS in the Grey Cup.

“I always thought Rick’s teams were always well coached. It’s a good thing that (Ottawa) won the Grey Cup the year after Mike beat them so Rick could get rid of the little Reilly 13 voodoo doll he had on his wall that year,” Lulay joked.

Check out the full podcast below: