O’Leary: Under the radar impact players in the East 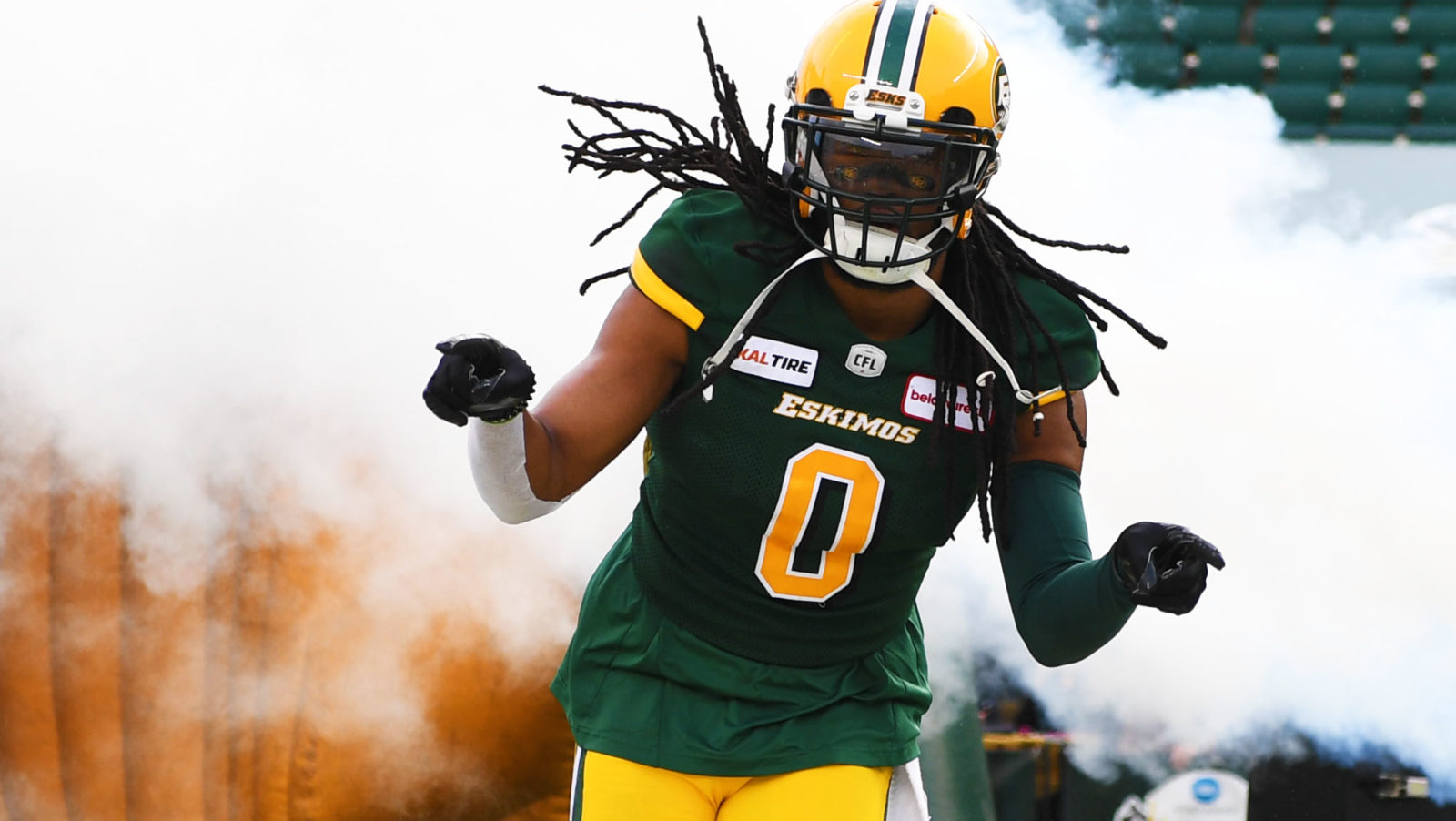 O’Leary: Under the radar impact players in the East

We’ve reached the point in the CFL’s off-season where rosters are pretty much intact. Free agency has essentially come and gone and before that, teams worked diligently behind the scenes to extend players before they hit the open market (that of course excludes Derel Walker and a few other faces we’ve grown accustomed to over the years that are still seeking a team).

With nothing but time in front of us while we deal with COVID-19, I’ve dug through rosters and found a player from each team that I think could play a big part in their team’s success in 2020. Of course, quarterback is the most important position on the field, but I tried to avoid looking at that position. This is about players that for the most part may not be front of mind right now but have the ability to significantly help their team.

We’ll look at the East Division today, then jump to the West on Monday. 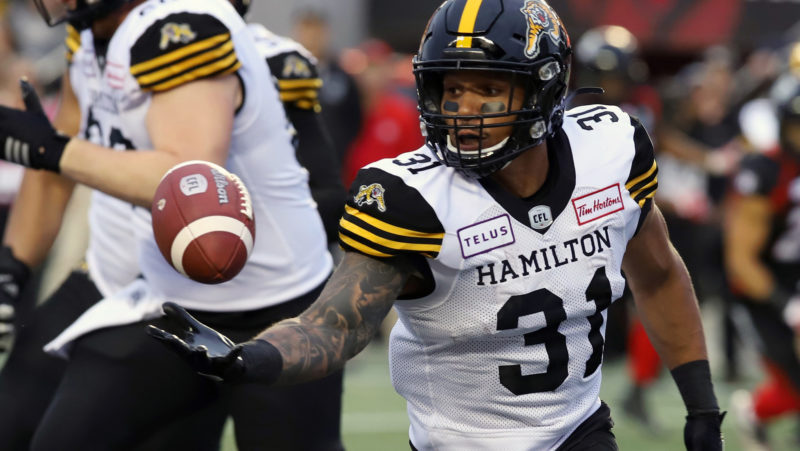 Given the success the Ticats enjoyed in 2019, it’s easy to lose sight of what Sean Thomas-Erlington was giving the team before he suffered a season-ending injury against Montreal in Week 4.

The 27-year-old from Montreal had a brilliant three-week outburst, taking 33 handoffs for 224 yards and caught 11 passes for 193 yards with one touchdown. Thomas-Erlington’s versatility was a blessing for the Ticats. He racked up yards and highlight reel plays as the Ticats jumped out to a 3-0 start with wins over Saskatchewan, Toronto and Montreal.

An eighth-round pick in the 2017 draft (66th overall), Thomas-Erlington had written the first few chapters of what was shaping up to be an incredible story, when he injured his knee in Week 4 against the Als. He had surgery in June and did not see the field for the remainder of the year. The Ticats made due without their burgeoning star Canadian RB last year, using a multitude of different players at the position before settling on veteran Tyrell Sutton in the Grey Cup game.

The timetable on knee injuries is always unpredictable, but a healthy Thomas-Erlington would make an already very good team that much better as the Ticats look to finish the job in 2020 and bring a Grey Cup back to Hamilton for the first time since 1999. 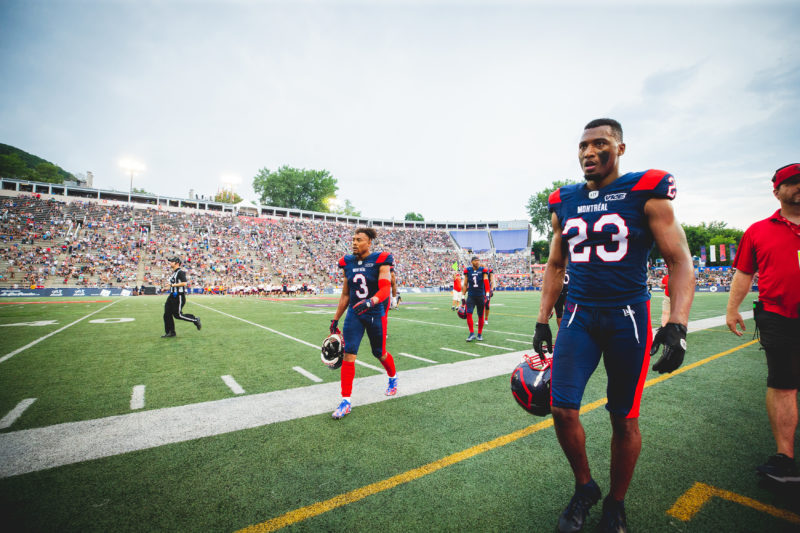 Tommie Campbell will look to help reshape the Argos’ defence in 2020 (Dominick Gravel/CFL.ca)

After two very frustrating and disappointing seasons, the Argos have made a significant overhaul both on the field and in their front office. While it’s hard to gauge what to expect from teams that make such sweeping change, Tommie Campbell will likely be looked to as a tone-setter for a defence that’s been far too generous with its opponents over the last two years.

Campbell, 32, signed with the Argos on Feb. 5, after the new Als regime released him in January. Campbell was an East Division All-Star with the Als in 2019. He had 67 tackles, three interceptions and two forced fumbles in 16 games. Campbell was there for the Alouettes’ resurgence last year and will hope to be a part of something similar this year in Toronto. 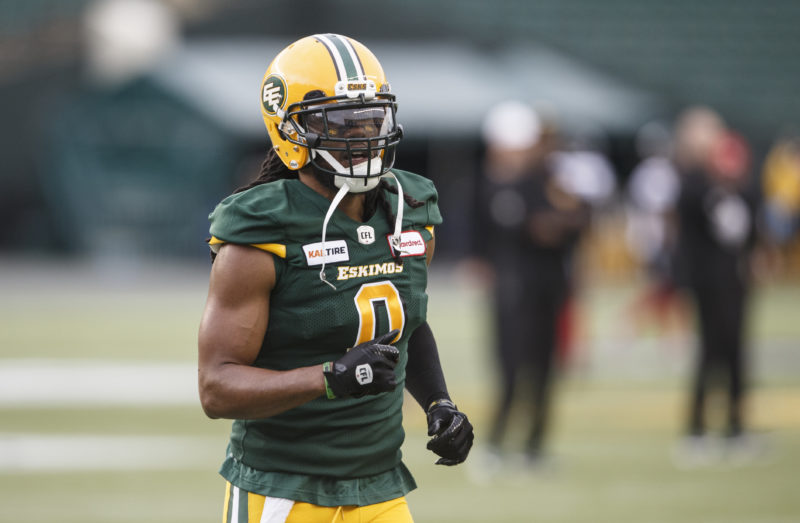 Working under defensive coordinator Mike Benevides, Don Unamba will try to get the REDBLACKS’ defence on track in 2020 (Esks.com)

Moving from the Esks to the REDBLACKS in free agency, Unamba will look to get back to the play he showed the last time he played in the East Division. His 2018 season in Hamilton was the best of his career. He had 59 tackles, four sacks and an interception with three forced fumbles that year. An injury slowed him early in his time with the Esks in 2019, but he still finished with 43 tackles, an interception, two forced fumbles and a new career-best of six sacks.

There was certainly a need for him in Ottawa. The REDBLACKS fell from CFL grace in 2019, allowing the most points in the league, with 564. The team found itself at or near the bottom of most defensive stats last year, including opponents’ net offence and interceptions made.

Unamba can do his part to remedy those sore spots for Ottawa and will get to work under a widely respected defensive coordinator, in Mike Benevides. 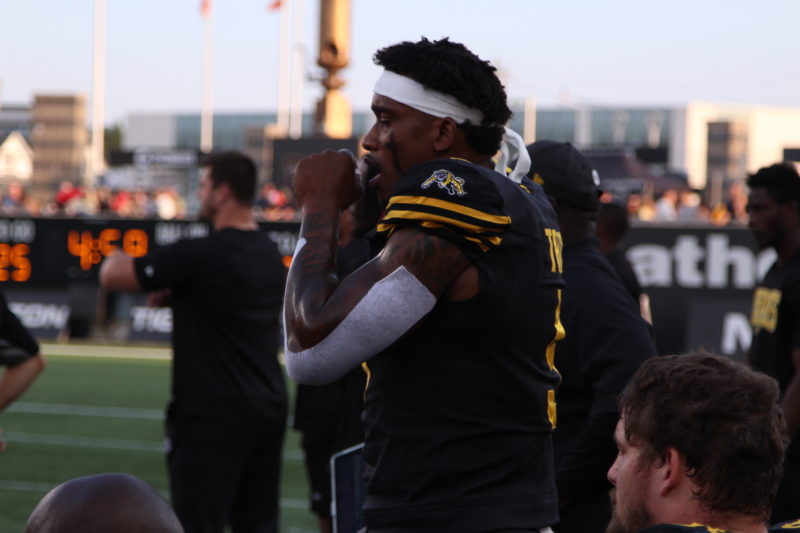 A healthy Adrian Tracy could add some bite to the Als’ defensive line in 2020 (Shannon Vizniowski/CFL.ca)

A torn triceps signaled the beginning of the end of a five-year stay in Hamilton for Adrian Tracy. While the Ticats’ rolled on in their 15-win season, they found a powerful d-line in Ja’Gared Davis, Dylann Wynn, Ted Laurent and Julian Howsare.

Prior to his injury, Tracy was productive, with three sacks and two forced fumbles in eight games. In Montreal, the 32-year-old will get a chance to strengthen up an Alouettes’ defence that bent a little too much before breaking in last year’s Eastern Semifinal loss to Edmonton.

When healthy — as he was in the 2016 and 2017 seasons in Hamilton — Tracy has shown he can be a contributor on the d-line. He had a combined 16 sacks, two interceptions and three forced fumbles in those seasons. A fully healthy Tracy could be a very valuable addition to a d-line that despite playing on a team that ended a five-year playoff drought, managed a league-worst 27 sacks in 2019.