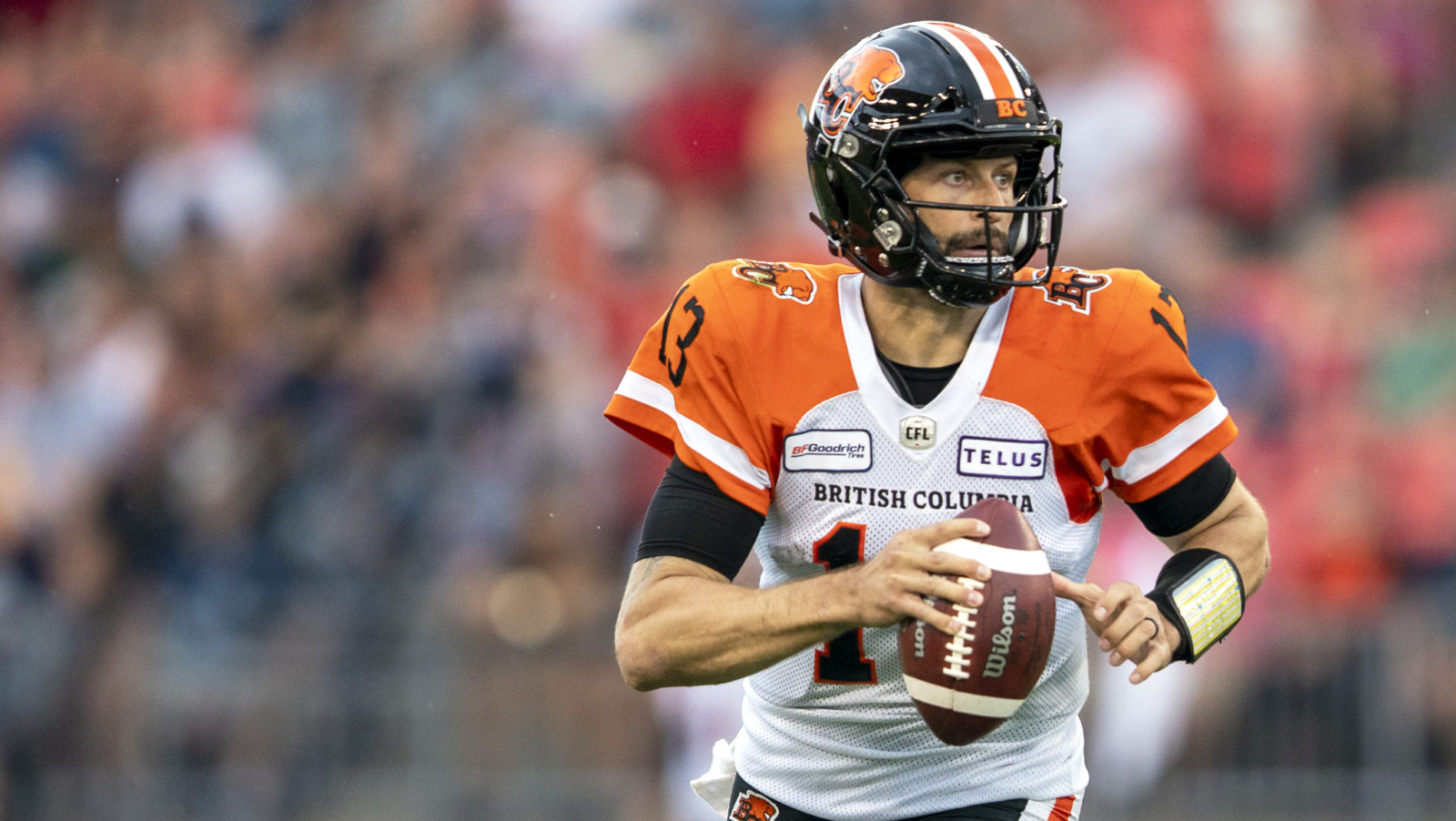 Adam Bighill made a video showing him doing pushups with his 35-pound daughter on his back.

Aaron Grymes has been running backwards up a hill near his home.

Mike Reilly is throwing passes into a net.

With gyms and recreation facilities closed across North America due to COVID-19, CFL players are being forced to be inventive as they get in shape for the upcoming season.

“It’s going to be a little more difficult, but I don’t think it’s going to be impossible,” said Grymes, the BC Lions’ defensive back who is still recovering at his home in Moscow, Idaho, from ACL surgery last fall. “You can get a great workout in anywhere. You can go to an open field where nobody else is.”

Bighill said his daughter was happy to help her dad’s workout.

“It’s something I tried to add in as a little bit of extra resistance,” said the Winnipeg Blue Bomber linebacker. “She likes doing it . . . (and it’s) better than doing regular pushups.”

RELATED
» Throwback SZN: Ranking the best games of 2019
» MMQB: Bounce-back candidates for 2020
» Manning: ‘There’s no one more important than the loved ones in your life’ 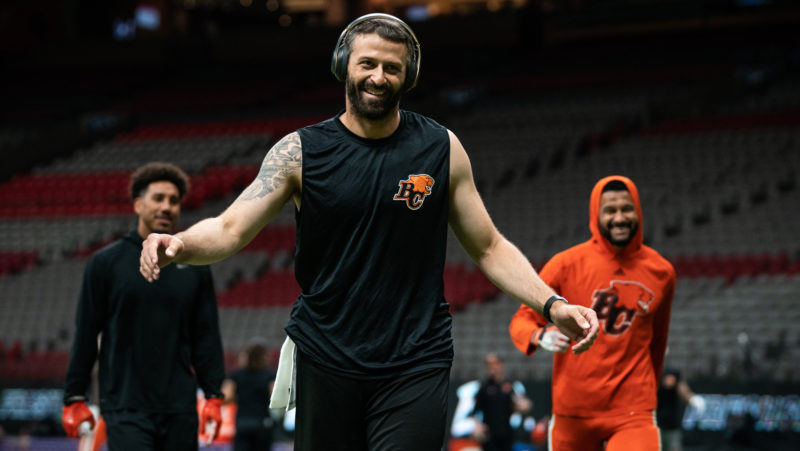 Training regimes have also been disrupted by the league announcing the start of training camps have been postponed due to the ongoing global pandemic.

Reilly said concerns over the coronavirus will force players to do things differently.

“For sure, you’ve got to get creative,” said the Lions’ quarterback. “There’s been huge changes … and that’s made me alter how I’m going about doing things.”

Keenan MacDougall, the strength and conditioning coach for the Calgary Stampeders, said the biggest fitness concern for most players is a lack of access to weight training.

“The thing I’ve been trying to get across to the guys is, the traditional kind of strength training is really only one component that the guys should be doing in the offseason,” said MacDougall, a former special teams player with both the Stampeders and Saskatchewan Roughriders.

“There’s still plenty of other things they can and still should be doing …  like sprint training, change-of-direction agility work and that sort of thing.”

Not being able to work in groups means players will have to put some extra thought and preparation into getting their proper workout.

“You have to get a bit more creative with your typical strength exercises,” said MacDougall. “Find areas in town where you can actually do sprints.

“Calisthenics-based stuff is still a great means of training that has stood the test of time. For a lot of these big, strong guys, you’re going to have to probably get creative to make it difficult enough, but it still can be done.”

MacDougall spent a year with the Canadian bobsled team. Travelling in Europe opened his eyes to training without traditional facilities.

“Regardless of the environment, you just have to get your training done,” he said. “You wear crampons and do sprints on an icy parking lot. You’re wearing a parka and snow pants. It’s not ideal but there’s still plenty of things you can be doing.”

Reilly has a turf field about three blocks from his home in Seattle where he runs sprints and works on his passing.

“I don’t have any receivers to throw to (so) I set up throwing nets and throw the football there,” he said.

One of Bighill’s favourite movies is Rocky IV.  Part of the plot has a Russian boxer using high-tech equipment while a team of trainers and doctors monitor his training. Rocky goes old-school, running in hip-deep snow and using farm equipment for weight training.

Bighill isn’t advocating everyone move to a remote cabin in the mountains, but he sees parallels.

“You’re making do with what you have around the house, around your area, your surroundings, your geography,” he said.

Doing elevated push-ups, working on vertical leaps, lunges and broad jumps can help compensate for a lack of weights.

Even with their best efforts, Bighill doubts players will come to training camp with the same level of strength as past years.

“You probably will not be as strong as you potentially could be,” he said. “But I think the most important thing is, relatively, we’re all going to be on the same playing field.” 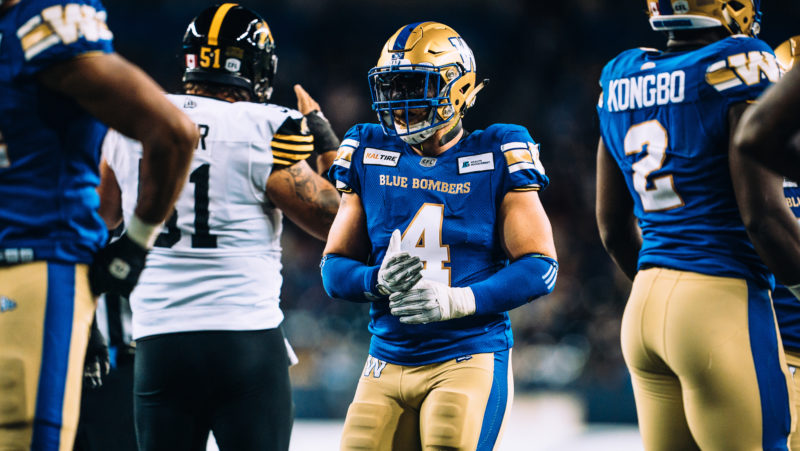 “With all the other training components in place, you’d be able to maintain a high level of strength for some time,” he said. “People think that if I’m not working out for a week, I’m going to turn int mush and get weak all of a sudden. That doesn’t happen that fast.”

Grymes said most players have resistance bands at home. Some may even have some weights. He encouraged players to contact each other and swap ideas.

“Reach out to your teammates, see what they’re doing, share workout programs with each other, what can you get done at home,” he said. “Being creative and being able to adapt, you can still definitely get some great workouts, although it might not be the same as going to the local gym.”