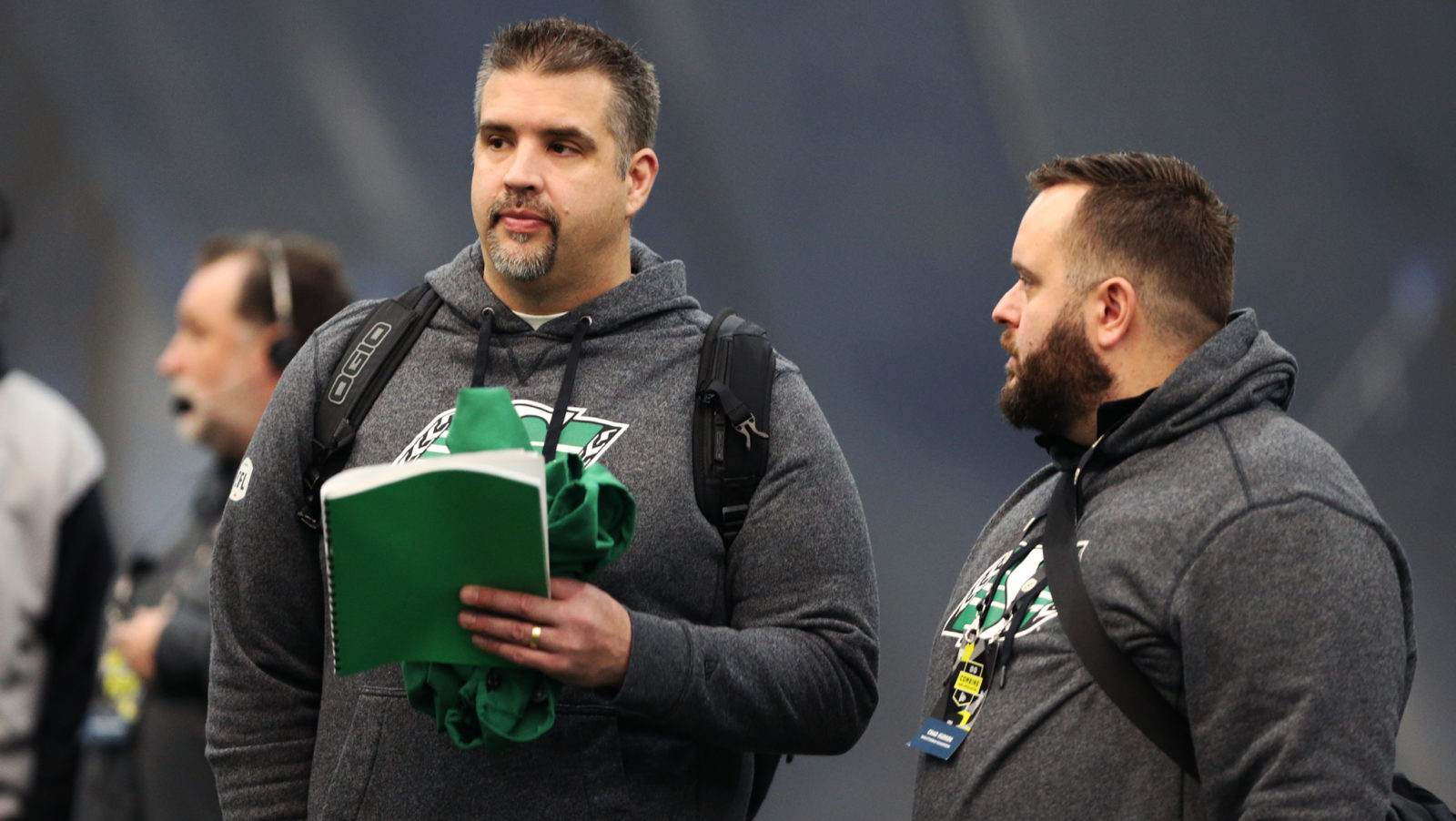 The 2020 CFL Draft is going to be different than what we’ve come to expect in recent years. With the entire sporting world on pause, preparation for the April 30th event has been different for everyone involved. But, despite the necessary adjustments being made with our current situation, lots about this year’s draft will remain the same.

The differences are easy to spot. More than anything, in-person views are way down, mainly because teams have only had a few pro days and the Ontario Regional Combine to work off of. It has forced teams, players, and agents to get creative with how they do business.

“We don’t have all the measurables and all the testing results that we normally would have access to,” said Riders’ general manager Jeremy O’Day when talking to local media last week. “It’s actually been a very unique situation where agents are starting to get real creative with getting us the information.

“I can tell you that we’ve gotten plenty of videos of players that are actually shooting the measurables right in their house, some outside on their deck, some in their bathrooms. They’re doing basically all the measurables that we would do at the combine.”

So, while access to desired information isn’t completely ideal right now, teams are making due as well as they can. I would imagine any football personnel person would tell you they’d like more eyes-on viewings than what they’ve gotten, but they won’t be entering this year’s draft totally blind, either.

Knowing that, we can still start to put together a decent idea of how things will look come the end of the month. Much like any other year, it’s time to start thinking about how the NFL Draft a few days prior will impact the CFL’s order of selection. It looks like at least a few top ranked Canadian prospects won’t get selected in commensurate spots to their Scouting Bureau ranks.

The first of those is Notre Dame standout receiver Chase Claypool. Slotted number two in both the September and December rankings, Claypool is almost a lock to be selected on NFL Draft weekend. Depending on who you ask, Claypool has a shot at going on day one; even if that doesn’t happen, it would be a stunner if he hasn’t selected at some point.

Similarly, many draft analysts have Oklahoma defensive tackle Neville Gallimore as a mid-round NFL selection. The Ottawa product has been the Scouting Bureau’s top ranked prospect in September and December, and much like Claypool, you can expect his CFL Draft stock to fall significantly.

As many draft watchers north of the border know, players selected in the NFL rarely end up being taken anywhere close to their talent level by CFL teams. It’s just not a smart bet knowing that player will be given ample time to make an impact down south. Other undrafted players will sign NFL priority contracts immediately following draft weekend, which also impacts CFL Draft order, albeit not as significantly.

So where does this leave Calgary, Toronto, and BC? Those three teams own the top three selections on April 30th, with the Stampeders moving into the number one overall slot as a condition of the Nick Arbuckle trade with Ottawa. That condition sees the REDBLACKS move from number one to number six with Calgary sliding up five spots.

Assuming he doesn’t go in the NFL Draft, University of Alberta offensive lineman Carter O’Donnell is the odds-on favourite to go number one. That’s where our Marshall Ferguson was leaning last week with his first mock draft, while many other USPORTS observers call O’Donnell one of the best o-line prospects in years.

After that, though, it feels like things get thrown into the blender. We know teams covet offensive line pieces come draft day, which is why Laval’s Ketel Asse (number two on Marsh’s list), Buffalo’s Tomas Jack-Kurdyla, and Western’s Dylan Giffen all have first round aspirations.

Perhaps the most fascinating to player watch, though, is Ohio quarterback Nathan Rourke. By most accounts, he should be a first round pick based solely on talent. When it comes to quarterbacks, though, teams can be hesitant to spend early picks knowing how much competition exists at the position from import players.

So, if you’ve read the last, oh, 12 paragraphs or so, it would seem like an article I’ve written every year at this time for the better part of the last decade. There’s no doubt the lead-up to this year’s CFL Draft is as strange as we’ve experienced. However, there will still be plenty of what we’re used to come April 30th.

Reading Jim Morris’s piece on BC Lions defensive back Aaron Grymes from a few weeks ago got me thinking. We know 2020 training camp has been postponed. No one wants to miss football this year, but if it does happen, there might be a silver lining for a few big names.

Grymes, for instance, sustained a torn ACL in BC’s second last game of the season on October 12th. He had surgery less than three weeks later and has been recovering and rehabbing ever since. Grymes would be uncertain at best to be ready for a regularly scheduled start to the season. A delay, on the other hand, might allow him to start on par with everyone else.

Grymes isn’t the only high profile player in a similar situation. Calgary quarterback Bo Levi Mitchell was in the uncertain category to be a full participant at the start of camp, which also put his Week 1 status in question. The 2018 Most Outstanding Player underwent a procedure in his throwing shoulder during the off-season and, while he’s on schedule, the Stamps aren’t going to be rushing back their most important player.

Finally, quarterback Jeremiah Masoli comes to mind thanks to something Hamilton head coach Orlondo Steinauer told me earlier this off-season. Masoli sustained a torn ACL in late July last season and has been out ever since. Re-signed by the Tiger-Cats this winter, Masoli was anything but guaranteed to be at 100% come camp.

“If we played tomorrow, Jeremiah’s not healthy to play, that’s the reality,” Steinauer said in January. “If Jeremiah is not healthy, we feel confident we have two capable quarterbacks.”

Now, almost three months have passed since I chatted with Steinauer, which means Masoli could very well be ready to rock right now. But, him being in top form was no guarantee under normal circumstances. A delay to camp, though, raises the chances of a fully healthy Masoli going head-to-head with Dane Evans. That might not have been the case otherwise.

Everyone hopes the CFL starts as soon as humanly possible. In saying that, there are a number of players that could be in a better physical spot with a pushed back start to the year. It’s all just speculation right now, which is why we continue to sit, wait, and be as safe as possible.