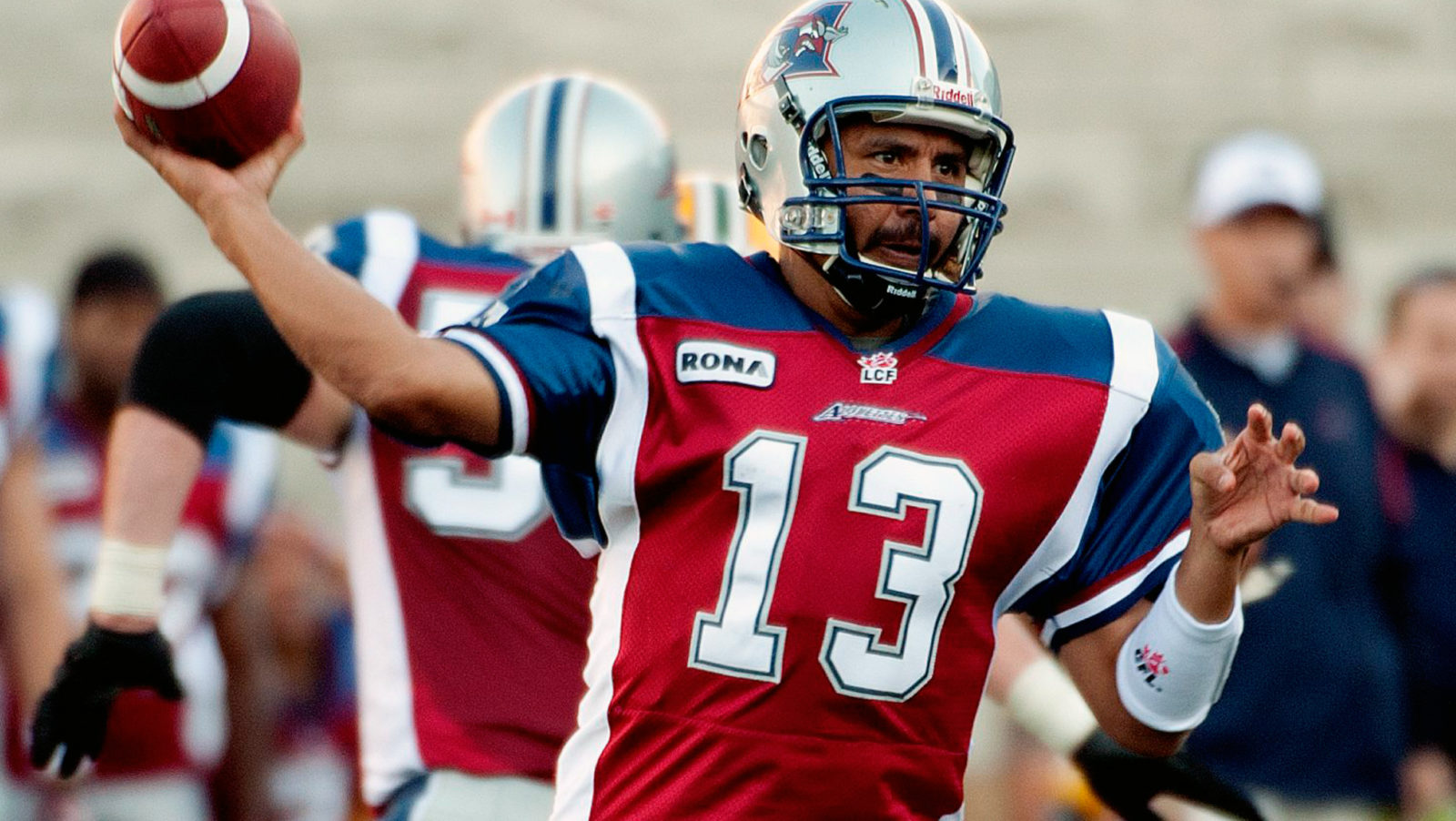 Amidst the standard trending Twitter topics for this time — news on coronavirus, weather trends and for some reason lately, failed Canadian retailers of the last 20 years — an unexpected name crept into the list for me on Monday night: Anthony Calvillo.

The former Montreal Alouettes’ quarterback and Canadian football hall of famer’s trending wasn’t tied to any bad news. It was in the centre of a swirling Twitter debate that to the best of my knowledge was started by one of the hosts of The Waggle podcast, Sportsnet’s Donnovan Bennett.

I sat in front of my laptop and thought about the question. It’s truly a tough one. I looked through the near 300 responses the question has received as of Wednesday morning and I’m pulled in different directions by the depth of possibilities. The CFL is technically 62 years old, but the Grey Cup has of course been handed out 107 times, going back to 1909 (it wasn’t awarded between 1916 and 1918, due to World War I and apparently a rules dispute with the Canadian Rugby Union kept it from being played in 1919).

Still, that’s a lot of football and a lot of quarterbacks to choose from. My first thought went to the trending name and the reasons why Anthony Calvillo should be included in that list. First, he retired in 2013 as the all-time leading passer (79,816 yards) in professional football. Not just in the CFL, but in the world of football, period. He won three Grey Cups and played in eight of them between 2000 and 2010. He’s a three-time MOP, a five-time CFL All-Star and a 10-time East Division All-Star. When you look at the record books, Calvillo’s is the first name that you see.

When you’re making these kinds of lists, even if it’s just rattling off names in your head, it’s hard not to be influenced by the generation you’ve grown up in. To me, Warren Moon was the most talented quarterback the CFL has seen and his success in the NFL validates his relatively short time in Canada. The other great CFL-to-NFL QB that follows in that conversation is of course, Doug Flutie. Through his eight years in Canada, Flutie racked up over 41,000 passing yards, led the league in passing five times and threw for a single-season record 6,619 yards with the Lions in 1992. He’s a six-time (!) MOP and won three Grey Cups, the final two coming with a truly dominant Toronto Argonauts team that won back-to-back in 1996 and 1997.

Then I thought about the guy that Calvillo passed to become the game’s all-time leading passer, Damon Allen. His 72,831 yards have since been overtaken by Drew Brees and Tom Brady, but Allen’s work in the CFL speaks for itself.

Then there’s Calvillo’s foil that spent much of the first decade of the century on the opposite side of the country, battling him for Grey Cups. Ricky Ray is the only CFL QB to win four Grey Cups as a starter and two of those came at the expense of Calvillo’s Alouettes while Ray played in Edmonton. Ray is fourth in all-time passing yards and retired as the CFL’s most accurate passer (68.2 per cent career completion).

That very quickly had me at five players — and that’s without putting them in a specific order — but with many more kicking around in my mind. What about the greats that came before my time? What about Jackie Parker and Russ Jackson? What about Ron Lancaster, Matt Dunigan, Tom Wilkinson or Danny McManus? The list can run on and on.

Henry Burris also belongs in this conversation, winning three Grey Cups and a pair of MOPs while Calvillo and Ray controlled much of the CFL landscape at that time. Looking ahead, what could Bo Levi Mitchell or Mike Reilly do in the future to climb that ladder?

This is the fun part of these kinds of questions, debating the names, the eras and how they combine to stack up against one another. It’s also the perfect distraction from a depressing news cycle and long stretches at home. Throw your top-five in the comments to keep the debate going.