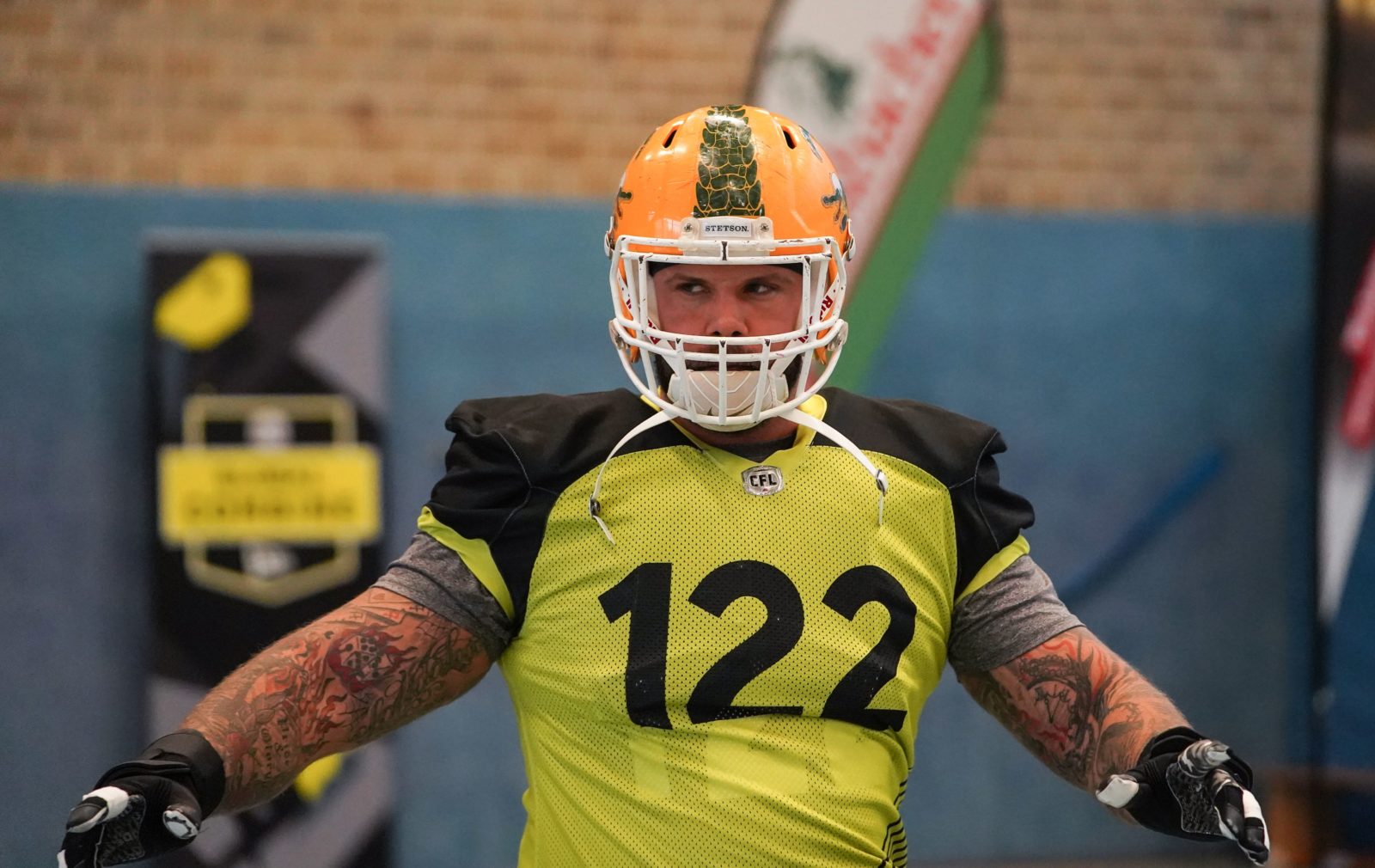 It’s a view that defensive linemen in Germany have come to know well. They’re trying to do something that they shouldn’t — at least in Sven Breidenbach’s eyes — and he’s there to stop them.

The six-foot-five, 285-pound offensive tackle is drawing the same reaction from people in his hometown of Cologne, Germany right now. He’s just doing it in a different and ultimately more important role.

The plan, back in late January after the 30-year-old had earned an invite to the CFL combine, was to train, train, train and take the next step in his football career. 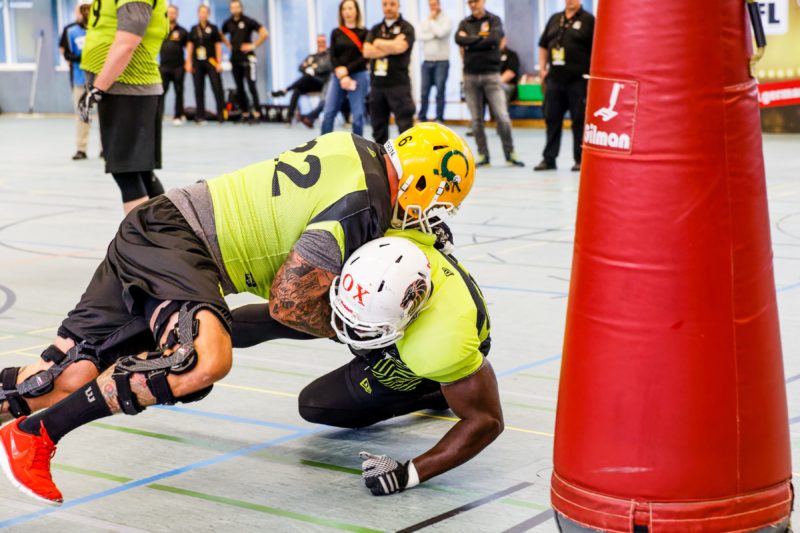 Breidenbach’s dream of playing in the CFL isn’t dead, but as COVID-19 takes its toll on the global population, it’s on hold for now. In the meantime, he’s spending his days and nights protecting his city. The coach of his team, the Cologne Crocodiles of the German Football League, runs a security company. Breidenbach has been working as a security guard for the company, which has been contracted by the city to help ensure that its citizens are physically distancing.

“I cancelled my regular job a couple of months ago because I wanted to prepare for the combine,” Breidenbach said. “This is kind of my main job. I can decide how I want to work, so right now it’s fine for me.”

It’s less fine for a group of friends that puts public safety on the back burner in favour of getting together. To see a big, fit, heavily-tattooed football player approaching your group hangout is probably enough on its own to break up the party.

“We’re just driving through the city in a car and walking around checking things out,” he said of his role.

“It’s the same as in Canada. You can’t be out in a group of five or 10 people. It’s not allowed right now. So if we see somebody we have to talk to the people and we have to give some tickets if they’re not going to understand (the law). It’s my job for at least the next two, three weeks. We’ll see how the government will decide the next couple of weeks.”

Knowing the stakes of the pandemic, Breidenbach has been surprised and frustrated at what he’s seen in his time on this job.

“I would say in smaller cities they take it much more seriously than the bigger cities, to be honest,” he said.

“(In) Cologne, I see everybody’s outside walking, in the park. I mean, you can go outside with two people. That’s fine. That’s no problem. But you cannot have a barbecue with five or eight people, that’s not working.

“I don’t understand. I don’t get it. Maybe the people don’t understand the situation right now. Maybe they don’t care because they are thinking, ‘I’m young. I don’t have a problem.’ But everybody has parents, grandparents and all that stuff. For me, that’s just stupid.”

Again, having a security guard of Breidenbach’s stature breaking up those situations probably goes a long way.

“Most people are understanding of my job,” he said.

“They’re not rude, because I just want to get my money too. They understand. I’m just talking to people and saying, ‘Hey, if I’m going to have to give you a ticket for 200 Euros…I don’t want that. But if you don’t understand…’

“Most people are saying, ‘Yeah, you’re right. We’re going to have to split up or go home.’ But of course, you have a couple of groups who don’t understand what it’s like. I guess that’s normal.”

Breidenbach is healthy and so is his family and that’s the main thing. He’s working enough to cover his bills and like so many athletes all over the world, he’s doing his best to modify his training and stay committed to the plan. There’s uncertainty around when he’ll get to set foot on Canadian soil and show CFL defensive linemen what he’s capable of, but he knows that day is coming. He wants to be ready for it.

“I’m going to work out at home. I have my strength and conditioning coaches setting up home workouts for me,” he said.

“But it’s not the same as going to the gym. I have three days when I do my home workouts and I have two days outside where I do run drills, sprinting, offensive line stuff and all of that. But you cannot compare that to going to the gym.”

He thinks back to the weeks leading into the CFL’s combine in Germany and how happy he was with his training. He’d posted personal bests in the bench press (25 reps) and his vertical leap (31.5 inches). It’s hard to have the routine you’re dedicated to broken, but Breidenbach is determined to stay in the best shape he can. His opportunity in the CFL is still there. We just don’t know exactly when he’ll be able to chase it.

“Everybody’s the same right now,” he said. “I’m going to do my best, hope everything is going to go well for the next couple of weeks or month and then we have to see how it goes.”

He played soccer and tennis when he was younger, but there was something about hitting another player that lit a fire under him like no other sport had.

“It’s a man’s sport,” he said of football, smiling.

“I don’t like soccer. Don’t get me wrong, but everyone’s laying on the floor, crying and all that. I don’t like that. Football was the pure man’s sport for me and that’s what I liked about it.”

The sooner he can get back to blocking d-linemen instead of the spread of a virus, the better it’ll be for everyone.