O’Leary: Rourke carefully eyes the next step in his career 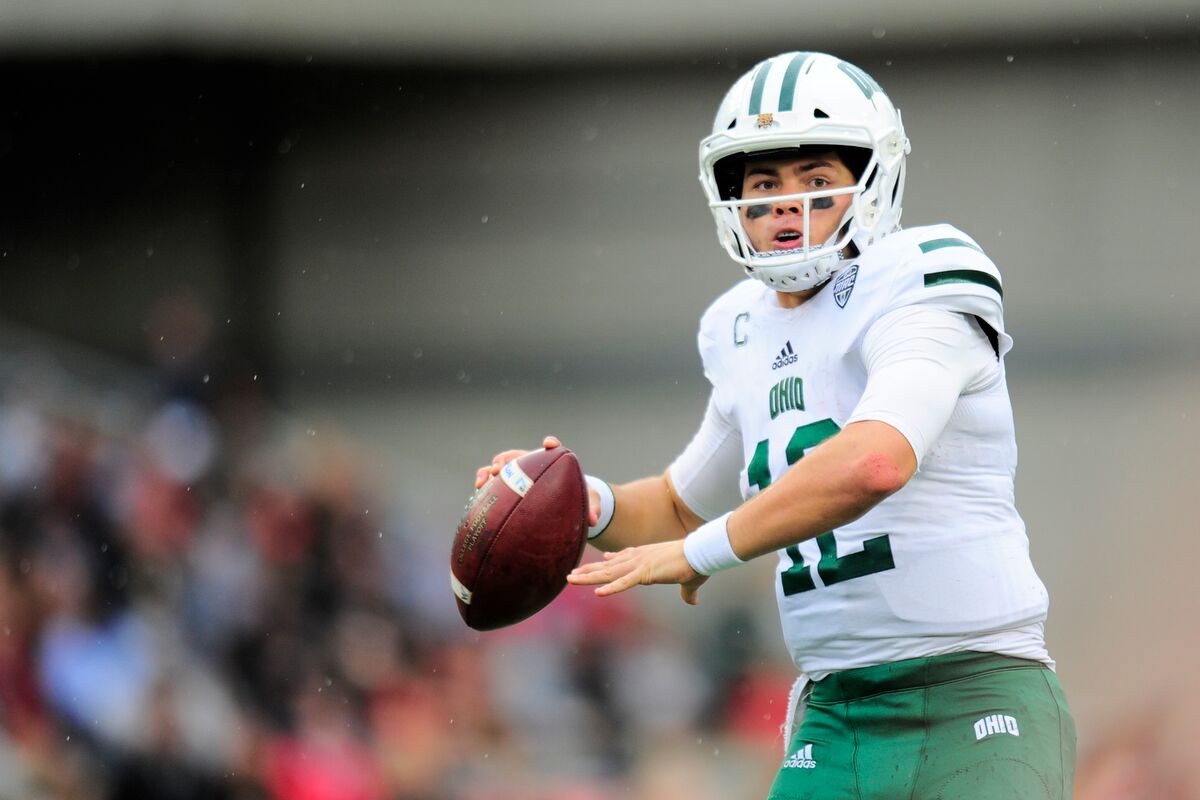 O’Leary: Rourke carefully eyes the next step in his career

If Nathan Rourke told you that he thought the world was out to get him, you might want to hear him out.

The 21-year-old quarterback from Oakville, Ont. had finished his senior season at Ohio University and was prepping for the typical spring that football players in his position go through.

His Bobcats had won the Famous Idaho Potato Bowl in December, their third bowl game win in as many years and Rourke had solidified himself as one of the school’s best-ever quarterbacks. Rourke, a mobile six-foot-two and 209 pounds, threw for 7,457 yards and 60 touchdowns over three seasons and rushed for 2,639 yards and 49 touchdowns. He took part in the NFLPA Collegiate Bowl in January and got to meet with what he guessed were 15 to 20 NFL teams and some CFL squads.

Ohio is a smaller Div. 1 program, but Rourke’s resume is strong and he’d use the spring to show what he could do in a pro day and hopefully impress enough through tape and conversation to get an opportunity.

RELATED
» Dual sport athlete Johnson wants to be the next great Canadian RB
» Mock 1.0: Stamps go big on first overall pick
» Everything you need to know ahead of the 2020 CFL Draft 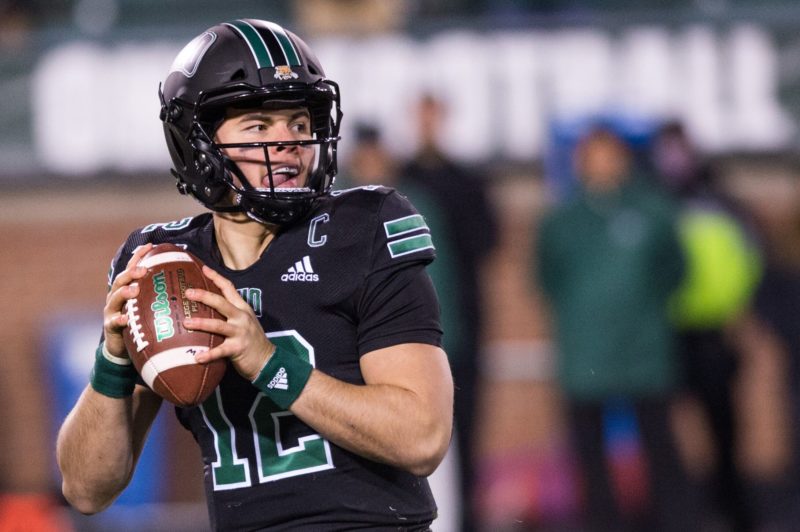 Despite an unusual off-season, Nathan Rourke is doing everything he can to ignite his pro football career (Photo: Ohio University athletics)

Then the world started acting up.

He was in Nashville on March 2 when a tornado hit the city overnight. Ten days later, everything started to slow to a crawl as COVID-19 cases started piling up in North America and around the world. His pro day was cancelled and replaced with a virtual one. Those in-person meetings he may have had with teams moved to behind screens. Even his training, which should have been the staple of these last few weeks no matter what the future could have possibly held for him, has been altered.

“It’s not what we thought it was going to be,” Rourke said.

“Initially, my parents were going to come down and watch the pro day and after that we were going to go home and stay there until the draft.”

Still, he knows that he’s lucky. He wasn’t impacted by the tornado in Nashville and is thankful that he and his family are all healthy. Even with his football dreams lingering in front of him, he knows that big picture, the important things are taken care of. He’s by himself in Athens at the moment, finishing off his degree in secondary education.

Should he hear his name on draft night, or get a call from a team in the moments after the draft, he wanted to be in the U.S., just in case NFL mini-camps take place in some form as scheduled in May. Whatever the outcome of the NFL draft, Rourke wanted to have his family with him. He’s been the one under the lights — until this past year at least, when his brother Kurtis arrived at Ohio as a freshman quarterback — but it’s been a family journey the whole way.

Nathan, Kurtis and their mom Robyn moved from Oakville to Elwood, Ala. in Nathan’s senior year of high school so he could play at Edgewood Academy (dad Larry stayed in Ontario to continue working). That opened the door to college football opportunities and to where he is in the present day. Whatever happens next weekend, it won’t be the same without his family around him.

“On draft day, when you’re so close to your dream, it might not happen. I don’t know what’s going to happen with that. I’m trying to keep my expectations to a reasonable level,” he said.

“If it doesn’t work out the way that I think it should, you’d love to have family there to support you and hug them and do all of those different things and share that with them. I’d like to be with them for that moment, particularly.”

If there isn’t an NFL opportunity there for him after next weekend, it’s a safe bet that there would be a CFL opportunity for him a few days later. Asked about Rourke’s potential for the April 30 CFL draft, one CFL GM simply said, “He is legit.” He thought that the only thing that might force a team to wait on choosing Rourke later in Canada was the distinct possibility of an NFL team giving him a shot.

Whichever team gives him that shot, Rourke is ready to contribute. He was emotional about his time at Ohio coming to an end, but that next step is in front of him and he’s ready to take it.

“I think on the field every single year, I wanted to become a better passer,” he said.

“The biggest thing off the field — kind of on the field as well, though — is that as you grow in a program, your leadership role expands. I was very fortunate to be a captain for two years, to be a part of our unity council and…help bring some of the young guys along.

“Throughout my career in Ohio, I’ve grown in my faith and I took a step toward that instead of some of the things that college life might attract you to and became more devoted to that. That was a big step in personal growth. There’s been some really cool things that have happened through football there.”