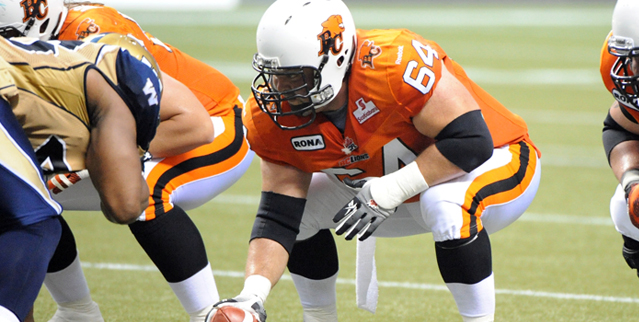 With an illustrious 13-year award-filled football career in the Canadian Football League playing for the BC Lions behind him and a blossoming career as a sought-after public speaker and author, Angus Reid would seem to have taken a straight path to success.

It took a sharp detour in his life, a stubborn and loyal older brother and the existence of the Hamburg Blue Devils in faraway Germany to salvage and then rejuvenate what looked like a football career that derailed entirely.

Just before Christmas 1998, a 22-year-old Reid was despondent. He had not played football for three seasons after a sparkling first year at Vancouver’s Simon Fraser University in 1995. A string of stomach ailments had plagued him and football seemed like a distant memory, a dream never to be realized.

“I hadn’t played football since the fall of ’95. Severe stomach issues had sidelined my dreams and left me mostly homebound,” Reid recalled.

“At one point I had lost nearly 60 pounds and had gone almost two complete years without any physical exercise at all. I was 22 years old. My dreams of making it as a pro football player were becoming much more than long odds, they were becoming a laughable fairy tale.”

RELATED
» MMQB: The best of the best
» Landry: Despite restrictions, Arbuckle branching out in Ottawa
» Dheilly looking forward to proving himself at next level 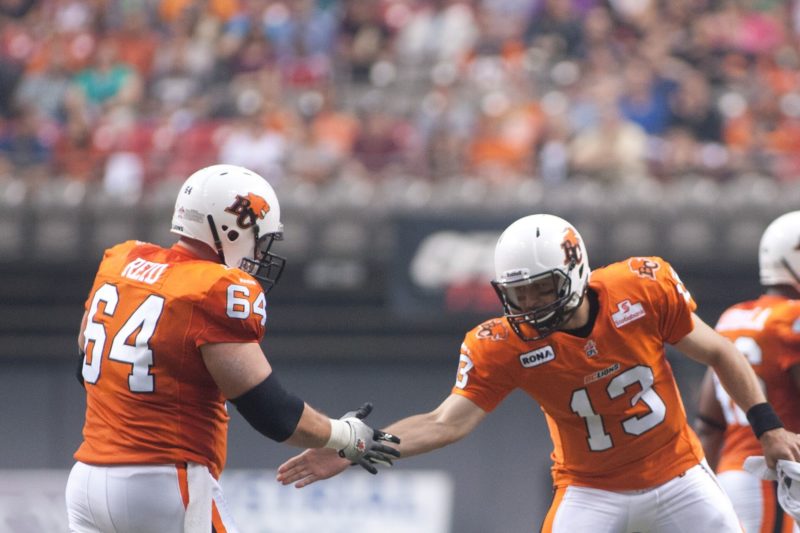 Playing a part of a season in the German Football League sparked Angus Reid’s career and let him go on to a successful run with the BC Lions (Paul Yates/CFL.ca)

Then his older brother Bruce arrived home to celebrate Christmas. Bruce, also a Simon Fraser alum, was a fullback that had been drafted and ultimately let go by the Calgary Stampeders but had discovered that football was being played in Europe. By that Christmas, he had been playing in Germany for the Hamburg Blue Devils, one of the best teams in the German Football League, since 1996. Bruce watched his younger brother mope around the house over the Christmas holidays, driving him and the family crazy.

“He was really down in the dumps and depressed. I hated seeing him like that,” Bruce said.

“He seemed to have lost all his confidence and he was driving my mom crazy. So I phoned up the team and said I want to bring my brother with me when I return.”

Through his play and personality, Bruce had obviously built up a lasting and trusting relationship with the club. They went along with his plan. All that was needed was for Angus to get his British passport, which he was eligible to do since his father was British. In Europe, a North American with European citizenship is like gold in terms of the import restrictions. Only a very limited number of North Americans are allowed on a team.

The football season in Germany stretches from early May to early October but when Angus finally arrived he faced another setback. He was switched to defensive line, where he had never played in his life before. The starting centre for the team was a veteran and a blood relative to a key person in the organization. Angus struggled.

“I was terrible, not because of my health issues but because they had me playing defensive line. I had stomach problems there for sure but playing out of position did not help,” he said.

Teammate Mirko Läpple stepped in to help. Läpple, an undersized defensive tackle for the Blue Devils, took Angus under his wing, working out with him, helping with a proper diet and teaching him the finer points of playing defensive tackle. At 6’1″, 290 pounds, Reid had the physique to play but now needed to get into football shape.

Läpple was at his side all the way.

“We talked constantly about eating and the best way to work out,” Läpple said. “I introduced him to German dark bread. I could really see the potential in him, but he also had to get his confidence up.”

By the late 1990s, football in Germany was no small affair. With the existence of NFL Europe, the popularity of the game was skyrocketing, especially in Hamburg. Although the Blue Devils did not compete at that level they were getting impressive crowds, with upwards of 30,000 people coming to some games. This was the atmosphere Angus was thrust into.

“We were playing at a pretty high level and had played against the Florida State Alumni a couple of years before. We were getting enormous crowds,” Bruce Reid said.

“A teammate of mine from SFU, Dino Bucciol, was our quarterback so Angus was surrounded by Simon Fraser people, at least.”

Although physically Angus had worked himself into football shape, he was struggling on the mental side. Then things turned for him.

“Coach (Chris) Merritt sat me down and gave me a pep talk. He told me just to go out and play and enjoy the game,” Angus Reid said.

“The whole team knew of my situation and was completely supportive. I was not your usual import player that had finished his college career and was looking for a place to play. I was a young player trying to kickstart his college career. These guys were behind me. There was a real common bond and a team culture. It was an amazing experience.”

“Bruce was such an asset to the team that when he asked about his brother and then told me how big he was, I had no objections,” he said.

“We had a huge fan base and could afford to carry a few extra players on the team and Angus was a football player, pure and simple. You can’t have enough of those. But he also brought a great personality and bonded well with the guys.

“I was a young head coach, not much older than Angus. Although we had to play him out of position, I told him not to worry but just to get out and enjoy the game. He became a valued member of the team and I was sorry to see him leave.”

Although Angus did not finish the season that year with the Blue Devils, returning in August to play for Simon Fraser, he left a lasting impression. And the relationships he built and his regained confidence propelled him to an outstanding senior year.

“I came back with absolute confidence,” he said. “You have to realize that I had just competed against grown men and pros. Many were former big time U.S. college players. I was going back to play at SFU against college players. I was very confident I could do very well. That trip to Germany did exactly what my brother hoped it would do: Prove to myself that I could still play football.”

Angus ended up playing in 10 games for the Blue Devils that season but one game stands out:

“Playing in the EuroBowl at Volkspark stadium in Hamburg with over 30,000 cheering fans in the stands. We lost but it was amazing. I had only played in front of maybe 5,000 people at most before. The Eurobowl was a huge deal. It was electric,” he said.

Reid went on to play in over 200 regular-season CFL games, 11 playoff games and three Grey Cups, winning two. He was a five-time team captain and a three-time all star. All of that thanks to the determination of his brother and Blue Devils teammates and a football league more than 14,000 kilometres away in Germany.