Happy Friday friends! What a week it has been. On the CFL front we are in the midst of preparing for the CFL Draft (Thursday April 30th on TSN) which has been exciting and kept our team really busy. On a personal note I brought a new puppy home this week – more photos being added to the camera roll at a rapid rate.

Last week I wrote my first From My Camera Roll blog which you can read here. I wrote about a trip to Spokane Washington we took to film an episode of The Grind with Matt Nichols. As you may have already guessed the idea of “From My Camera Roll” is to dig into our own archives and share a short story about a CFL memory using #CFLCameraRoll. If you’re like me you’ve got tons of photos that were never “special” enough to share but have a great story attached.

This week is a short one but a funny one. In 2017 we were in Ottawa for the Eastern Semi-Final, the Riders had crossed over to play the REDBLACKS. We were going LIVE for our  pre-game show that day so myself, Marshall Ferguson and Max Rosenberg reviewed the script for the show and knew which topics we wanted to cover. We did not have a teleprompter, I just  had a copy of the script on my lap to glance down at for any key discussion points we needed to get to. Max and Marshall generally knew what order we were going in but they were waiting for my cues to talk about each item. . In order to make our set look extra colourful and awesome we rounded up the most AMAZING group of fans who absolutely made the shot – you can see from this first photo how sweet it looked on camera. Part of the show was, of course, listening to each other’s opinions and rebutting back as needed-  typical pre-game show style. 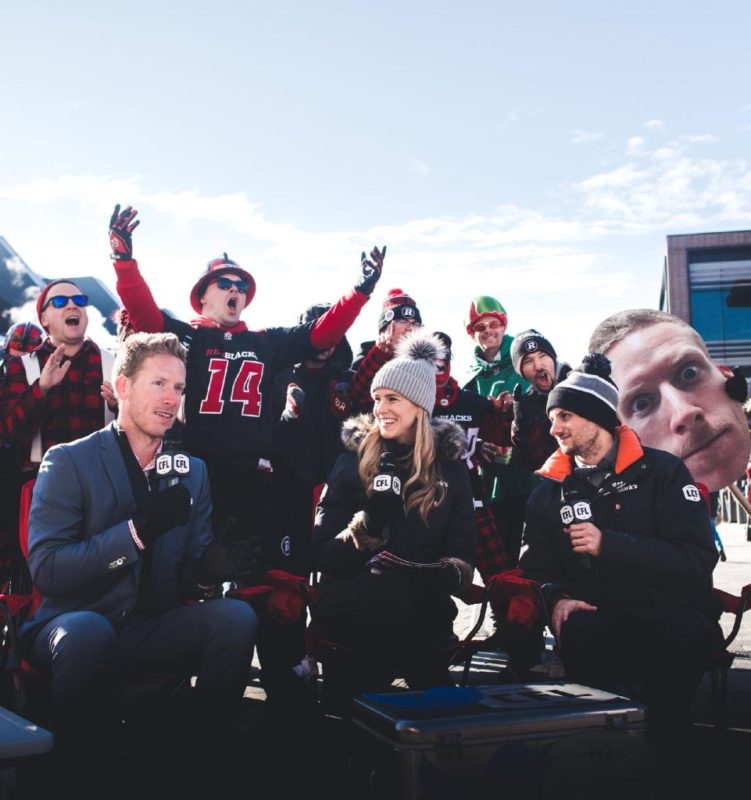 Our crew was hyping them up from behind the camera to cheer and yell and be involved in the show – it’s what we wanted! The thing was, they did SUCH a good job we literally could not hear one another speak. There were cowbells and horns and cheers it was insanity! I would catch a word here or there from either Marshall or Max, get a very general sense of what they were saying and try to repeat it loudly to the other guy. When I couldn’t hear anything at all, which happened several times, I just remember saying something very general back before quickly moving on by shouting the next topic to each Marsh and Max separately. We stumbled our way through it and I think due to rehearsals we actually didn’t miss an element of the show…or not a big enough one I can remember now. The show looked really good and captured the playoff energy and intensity perfectly. It remains the loudest broadcast I have ever done and I remember looking at Marsh and Max after and going “what just happened!?” It’s our fans great passion for the game that made our show possible and getting to have them there in person made it extra special – we wouldn’t have changed a thing! 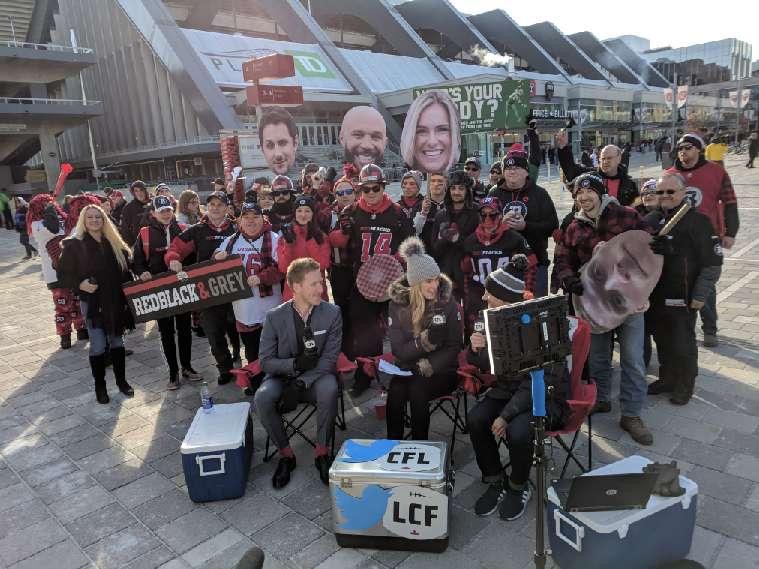 Share your CFL memory using #CFLCameraRoll and feel free to tag me @BrodieLawson – I’ve loved looking back with you guys. Until next week – wash your hands, stay in and stay well!