Jones: ‘I know we’re going to get a solid individual’ in draft

Jones: ‘I know we’re going to get a solid individual’ in draft

“There’s a few days a week where I meet with the coaching staff. I meet with the offensive staff in the morning and we have QB online so we’re talking to the guys and going through film,” he said. “… I’m just doing stuff around the house and hanging out with my family. We’re just like most of the rest of the country and just doing what we can do to bide the time.”

Jones was able to secure a new contract this off-season that will have him stay in Montreal for the next three years, and now after helping to mould the roster this off-season, he’s getting the team ready for another run at the playoffs in 2020. 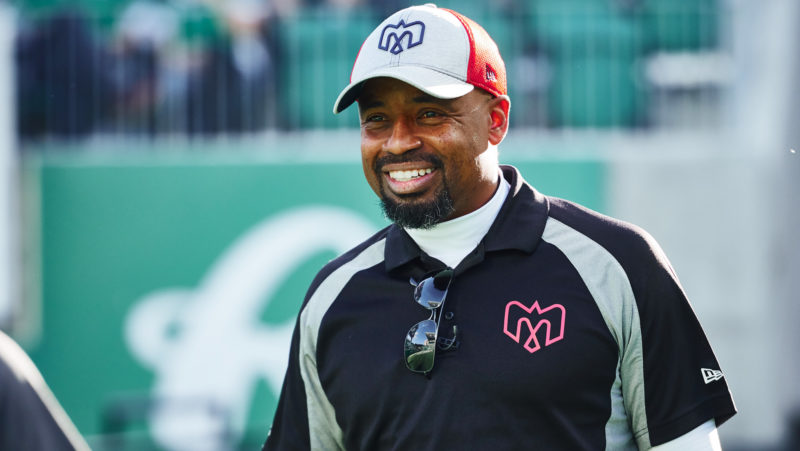 Montreal Alouettes head coach Khari Jones walks out to the field ahead of the team’s game against the Saskatchewan Roughriders. (Arthur Ward/CFL.ca)

The Alouettes have gone through a change in culture that started with Jones himself. He came into 2019 expecting to continue his role as the team’s offensive coordinator before being promoted to head coach just days before the Als’ first game after they and Mike Sherman agreed to part ways. That was followed up by the dismissal of general manager Kavis Reed.

Despite the sudden tweaks to the football operations side, the Alouettes rolled with the punches. With Jones leading the way and the emergence of 2019 breakout star quarterback Vernon Adams Jr., the Alouettes finished the year with a 10-8 record and made the postseason for the first time since 2014.

Despite their exit in the Eastern Semi-Final at the hands of the Edmonton Eskimos, there was genuine excitement for what the future had in store for the organization.

The off-season started off on the best possible note for the Alouettes, as both Jones and Adams signed extensions to stay in Montreal through the 2022 campaign.

With two of the franchise’s leaders locked up long-term, the focus shifted to adding new ownership and a general manager.

The new ownership wasted no time in filling the positions, introducing Danny Maciocia and Mario Cecchini as general manager and president, respectively, on Jan. 13.

The Alouettes stayed busy during free agency, making several additions on both sides of the ball. Most of their work revolved around building the secondary. Montreal re-upped Ciante Evans while also adding Monshadrik Hunter and Tyquwan Glass from Edmonton and Kevin Fogg from Toronto.

They also addressed the run game, bringing in both James Wilder Jr. and Tyrell Sutton. Naaman Roosevelt was also signed to a deal.

“I think we’re in a really solid place right now,” Jones said. “I love the additions we’ve made this off-season and I believe Danny has really hit the ground running with making moves to strengthen out team and I’m excited to see them all together out on the field.

“I feel like we did some solid things offensively, we’ve really strengthened that side of the ball and on defence, we’ve made some solid changes there. I think our defensive backfield should be really exciting. (I’ve) been watching film on some of the new guys and I’m excited by what I see, especially from the new guys we got from Edmonton, Money Hunter and Tyquwan (Glass).

“I think we’re in good shape and we’re going to compete so that’s all you can ask for.”

With the bulk of free-agent moves out of the way, the focus for Jones and the rest of the Als’ football ops staff has shifted to the 2020 CFL Draft, which is six days away.

As a result of the Johnny Manziel trade, the Alouettes are without a first-round pick this year. But they do have a pair of second-rounders at No. 14 and 16, respectively.

“When you don’t have a first-round pick, it’s kind of hard to say, ‘Hey, we want this guy or that guy.’ You have to kind of see how things pan out,” Jones said. “It’s good for me. The guys from Quebec that are available, I feel very comfortable with because I got to go out and see a lot of games last year. So there are a lot of good local players that we’ll have a chance to go after and look at.

“I think it’ll be best player available until something changes. If we do happen to get a first-round pick, then it might change, but I still have to talk to Danny and see the outcome but I trust him and the team and I know we’re going to get a solid individual.” 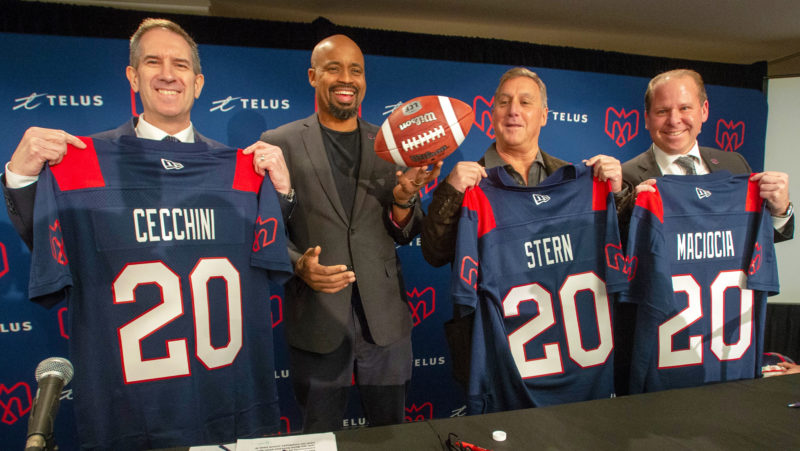 Because of Maciocia’s experience following his tenure with the University of Montreal, Jones admits that he’s taken a more hands-off approach than in previous years.

“Right now, he has a really good handle on the guys that are out there from playing against these guys and coaching a lot of the guys that are available,” Jones said. I feel totally comfortable with his process and what’s going on so I’ve been more concentrated on the season and getting all of our scenarios ready.

“So I’ll be filled in just before the draft, for the most part of what we’re thinking but for right now, I just say it’s in (Maciocia’s) hands, and I have complete trust.”

There looks to be several RSEQ standouts that could be available when the Alouettes have their first pick in the draft, including Laval grads and former Carabins who played under Maciocia over the past four years.

On Thursday, receiver Henry Ruggs made waves on social media when he wore a robe after being taken by the Oakland Raiders with the 12th overall pick in the NFL Draft. So does Jones have any plans for a draft-day fit?

“Yeah, I don’t know; That’s a hard one to follow,” he said. “It should be fun, I might wear a suit. I haven’t dressed up in quite a while so that might be fun.”