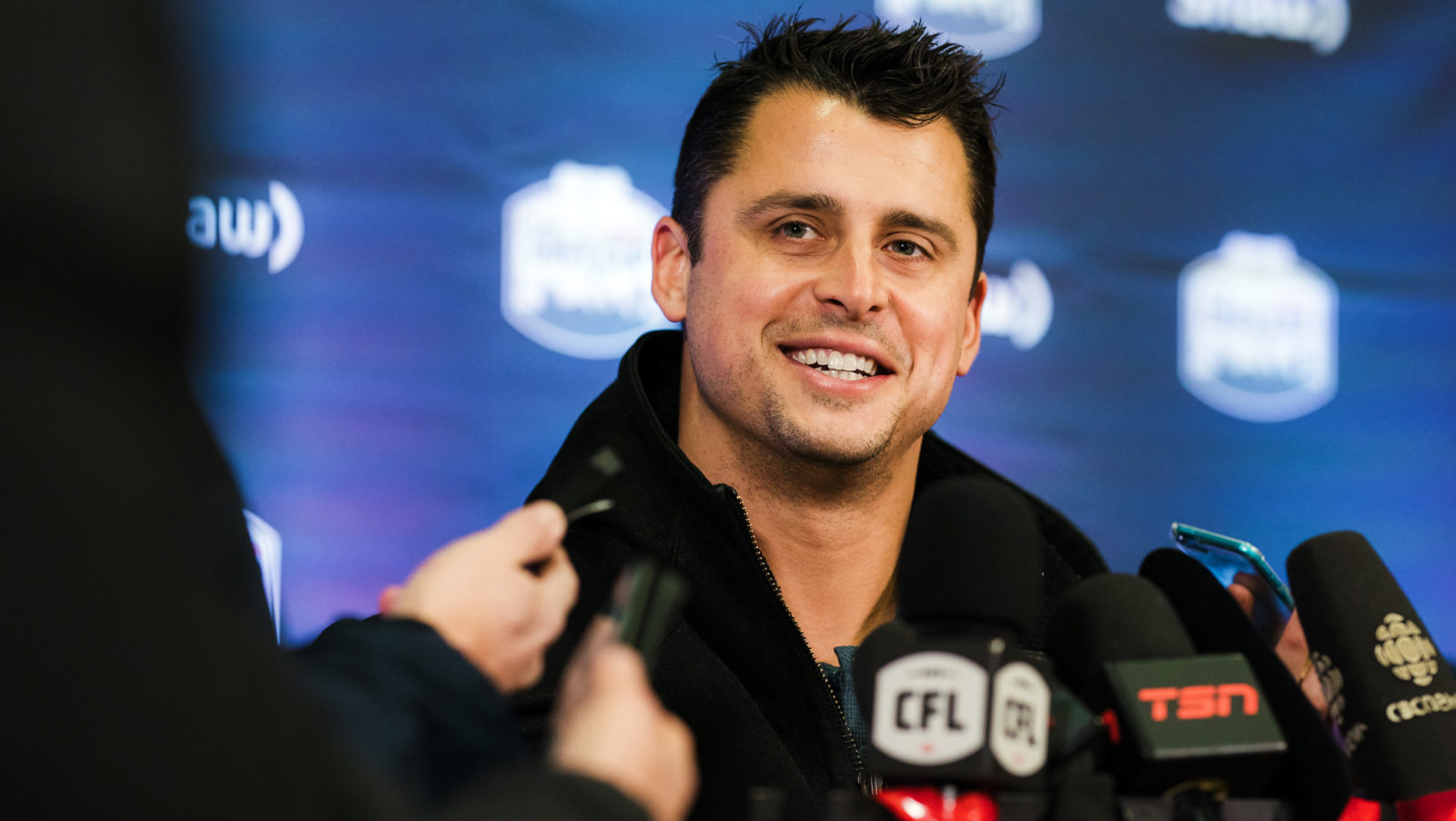 One of the most significant moves of the 2019 CFL season will come full circle on Thursday night, when the Toronto Argonauts make the ninth overall pick in the CFL Draft.

That draft spot belonged to the Grey Cup champion Winnipeg Blue Bombers, who wouldn’t be Grey Cup champs without a trade with the Argos that was pulled off with a minute to spare on trade deadline day, Oct. 9.

The Argos sent Zach Collaros and a fifth-round pick to the Bombers. Winnipeg sent their third-round pick in this year’s draft, along with the caveat that if Collaros re-signed with them as a free agent that they’d give the team its first-round pick.

Collaros signed a two-year extension with the Bombers on Jan. 27.

That trade deadline deal has turned out to be one of the rare ones that worked out for both teams. Behind Collaros running their offence, the Bombers were of course able to end their almost three-decade long Grey Cup drought. The Argos are looking to put a five-win season behind them and head into 2020 with change essentially across the board. They’ll look to load up on Canadian talent on Thursday, choosing second, ninth and 11th overall, with a total of seven picks in the eight-round draft.

“The conversation was that we sat down (after being hired) and said that we had a game on Saturday, we had the trade deadline coming up. How do we best balance this equation?” explained Argos VP of player personnel John Murphy.

He and GM Michael ‘Pinball’ Clemons were officially in their roles for just a day when the trade deadline hit.

The bulk of the negotiation on Collaros was spent sorting out the picks that would be swapped.

“It was past two or three in the afternoon before Winnipeg made a real final push. We were going to make the trade with one condition: That everybody’s going to get to evaluate (Collaros) under the best circumstances that we can and see what happens. Then everyone knows what kind of opportunity he still has to play and what it needs to look like to have him perform well.

“That was the first thing we saw in the first game he played. He’d clearly gotten over the physical metrics of the injury and now the good news is you’re going to need a ground game, the play action, they had a sturdy front with him and this is what the game looks like in order for it to be successful.”

On the Argos side, they were equipped with some picks to help build around whoever their quarterback would have been this winter. The draft picture got rosier for them when Collaros re-signed with Winnipeg.

Change continued to roll through the roster over the winter. The team hired Ryan Dinwiddie as its head coach on Dec. 12. Collaros choosing to stay in Winnipeg made longtime Bombers QB Matt Nichols available and the Argos swooped in, signing him to a three-year deal on Feb. 7. Free agency saw receivers DaVaris Daniels, Natey Adjei and Juwan Brescacin arrive. Adjei and Brescacin fit under the Argos’ focus on getting GTA players back in their hometown, playing in Double Blue.

They’ve also built up what should be a much tougher, more physical defence and took care of some longstanding issues at the kicker position when they traded for Boris Bede.

Collaros’ decision to stay in Winnipeg freed up Matt Nichols, whom the Argos pounced on as a free agent (Photo: Argonauts.ca)

“Having three picks out of the first 11 and four out of the top 20, we’re engaging on having what should be three to four players that are contributing to your team for the foreseeable future.

“We want each pick to end up being the best player that we could have gotten there and more important, the combination of those picks and the possibility of trading up or down or out or the ability to take a future (pick). I think you have a lot of open doors that you might not have had before.”

This year’s draft will be remembered as one that was full of challenges, in light of the combine cancellations brought about by COVID-19. Murphy has his own story to tell in that regard. As the situation with the virus was changing quickly, Murphy chose to stay in Toronto and continue working. His two daughters and their mom are in New Orleans.

The last month-plus has been about adaptation for all of us. Murphy said that the challenge of doing a draft without a combine and no interaction with prospects is that everyone has handled it differently.

“If you’re going to make a mistake, you’re more likely to make a lesser mistake if you’re going off of film and production than if you fell in love with a player at the combine or you overindulge because of an interview that was good or bad,” he said. With film available from the East-West Bowl and with some players providing tape from solo workouts, it’s been possible to at least get a feel for what you might be drafting.

“I think these players have probably talked to more people (this year versus years past),” Murphy said.

After a rough season and an unpredictable spring, the Argos feel like they’re ready to take advantage of their spot in this year’s draft.