TORONTO — TSN will be continuing its programming of classic CFL games with “13th Man Night,” which will revisit two of the best Grey Cup showdowns in recent memory.

On Friday, TSN will be airing the 97th and 98th Grey Cup showdowns between the Montreal Alouettes and Saskatchewan Roughriders that featured one of the most infamous finishes in league history. 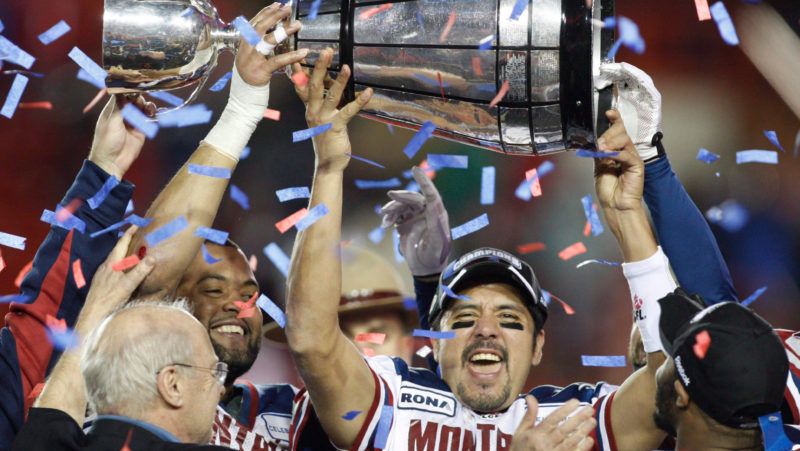 The Montreal Alouetets hoist the Grey Cup overhead after beating the Saskatchewan Roughriders on a walk-off field goal. (The Canadian Press)

The Alouettes and Roughriders collided in Calgary for the chance at the Grey Cup in 2009.

Down by 10 heading into the fourth quarter, the Alouettes scored 18 points in the final frame to come back and win. Damon Duval had a chance to walk off the Riders, but his 36-yard kick was pushed wide of the uprights. However, he was given a second chance to be the hero after a too many men penalty was called on the Riders.

Duval knocked the 33-yarder through and handed the Alouettes their sixth championship in franchise history. 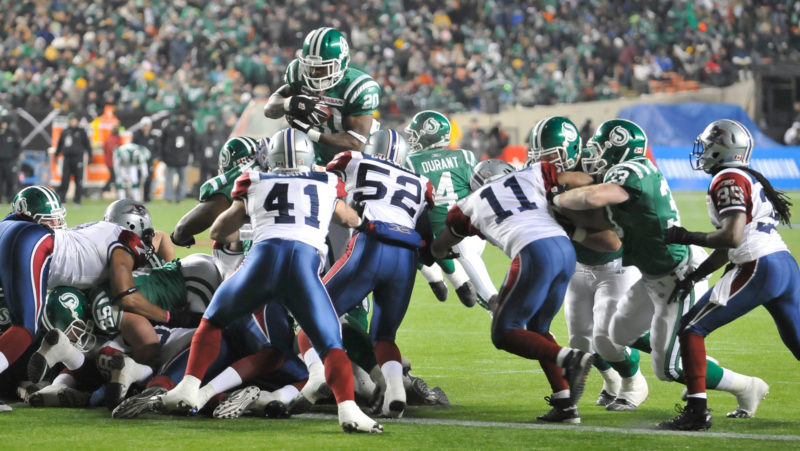 Action between the Montreal Alouettes and Saskatchewan Roughriders in the 98th Grey Cup in Edmonton. (The Canadian Press)

The very next year, the two teams were able to run it back and go head to head again for the championship. Unfortunately for the Riders, it would be the same result as the previous year.

Anthony Calvillo completed nearly 70 percent of his passes for 336 yards and while Jamel Richardson and S.J. Green each had over 100 yards receiving. Tied at 11 heading into the fourth, the Als secured back-to-back titles with a Duval field goal and Avon Cobourne’s second rushing major on the game.