The CFL Draft is a great opportunity for over 70 young men to continue their football journey. I’ve stopped declaring winners and losers for the last couple of years because the work starts now for these prospects to prove their worth.

The Riders have seen first overall picks like Shomari Williams and Josiah St. John never meet their expected ceiling, while an undrafted player like Rob Bagg became a heart and soul member of the organization. I know from witnessing his rise that Bagg put in tremendous work on and off the field to prove himself.

So in analyzing the Roughriders’ latest draft, let’s take it for what it is: A great chance for six prospects to become what general manager Jeremy O’Day sees in them.

Yes, they had seven draft picks. The other is a shrewd ‘Hail Mary’ on a third-round NFL pick and top prospect in this CFL Draft, DL Neville Gallimore. A fine eighth-round investment for O’Day.

But when you stack the other six picks up, you see O’Day taking some value talent and adding depth at his key starting Canadian spots.

He started with a local guy in offensive lineman Mattland Riley, from the University of Saskatchewan Huskies. Riley, from Melfort, SK, was described on my show The Green Zone by his U of S coach Scott Flory as a possible ‘long time’ Rider.

The Riders have drafted local guys before, of course. Gene Makowsky, Ben Heenan and Patrick Neufeld out of the U of S. They’re all Grey Cup champions and solid starters in the CFL, although Neufeld found his game in Winnipeg after a trade in 2013.

If Riley matches any of these players abilities, he is in good position to achieve a lengthy career. Flory would know, as another former U of S lineman that had a hall of fame CFL career.

The Riders then waited for two rounds after trading their second-round pick to Montreal a few years prior for the now departed OL Philip Blake and FB/TE Patrick Lavoie. You can pencil in OL Jake Bennett as a third-round pick, as the Riders forfeited this selection in the supplemental draft a year previous to grab the highly touted prospect.

That brings us to the round four, where O’Day beefed up the receiving spot behind last year’s first round selection, Jeremy McInnis and second-round pick, Brayden Lenius.

Kian Schaffer-Baker is a standout receiver from Guelph, who has worked with some big name CFLers like Chad Owens, Juwan Brescacin and Shamawd Chambers as he developed from a young receiver. His performance in the East-West game opened the eyes of a lot of scouts. Big body and good hands is a great starting point to develop in the CFL. 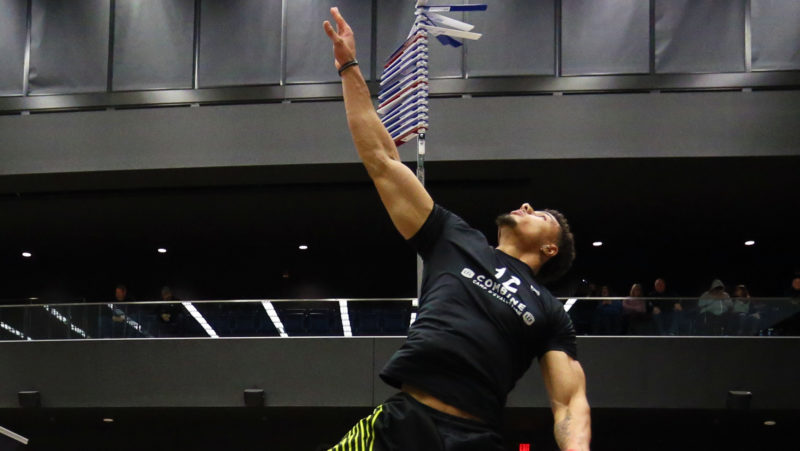 The Riders are hoping for two mid-round steals from Guelph with another fourth-round pick in A.J. (Junior) Allen. A defensive lineman at Guelph, the Riders see his athleticism to work out behind Canadian star linebacker Cameron Judge. It’s another move by O’Day to bolster the depth at Canadian linebacker after losing a few in the off-season.

Another spot the Riders are thin at moving forward is defensive back. With Mike Edem entrenched as a starter, they need a lot more help behind them. In the fifth round they picked up McGill defensive back Vincent Dethier.

This is where we get to the intriguing part of the late round picks. With no combine for Dethier and many others, there is hope from organizations that they actually get some great quality. A lot of film work is based on matchups in-game. Without seeing one-on-ones against the top receiving talent in the draft and other skills, there is some question as to what draft boards would have looked like. Dethier believes he would have moved up if he’d gotten to the regional combine.

The Riders sixth-round pick, Jonathan Femi-Cole, went to the University of Minnesota before transferring to Western as a grad transfer last season. Femi-Cole could slot in as a fullback with some decent size but like many late round picks, he’ll have to cut his teeth on special teams to make the team.

The Riders went back to the offensive line well with Jesse Lawson from Carleton in the seventh round. Lawson was in the Top-20 on the Central Scouting Bureau list before dropping out for the final rankings. An intelligent and strong athlete that has experience at multiple OL positions with the ability to play tackle, it wasn’t a mistake he was in the top 20 but the film shows there is more to work on as he fell to 62nd on draft day.

Finally, we get to the Neville Gallimore pick. Being a third-round pick of the Dallas Cowboys in the NFL Draft likely puts him in the league down south for a minimum of three years. If the defensive lineman doesn’t pan out, well, you get an absolute steal. The odds of an eighth-round pick making a CFL roster are probably the same if not worse than Gallimore coming to the CFL.

Plus, anybody a team has on their board this late with only two picks left can be signed as an undrafted free agent. You actually wonder why other general managers didn’t make the same move, with Chase Claypool going undrafted.

As for how the Riders did, let’s check back in five years. On Thursday night, though, they definitely checked a lot boxes for filling depth in key Canadian spots.