Brodeur-Jourdain on tackling hunger with Purolator: ‘Now is game day’ 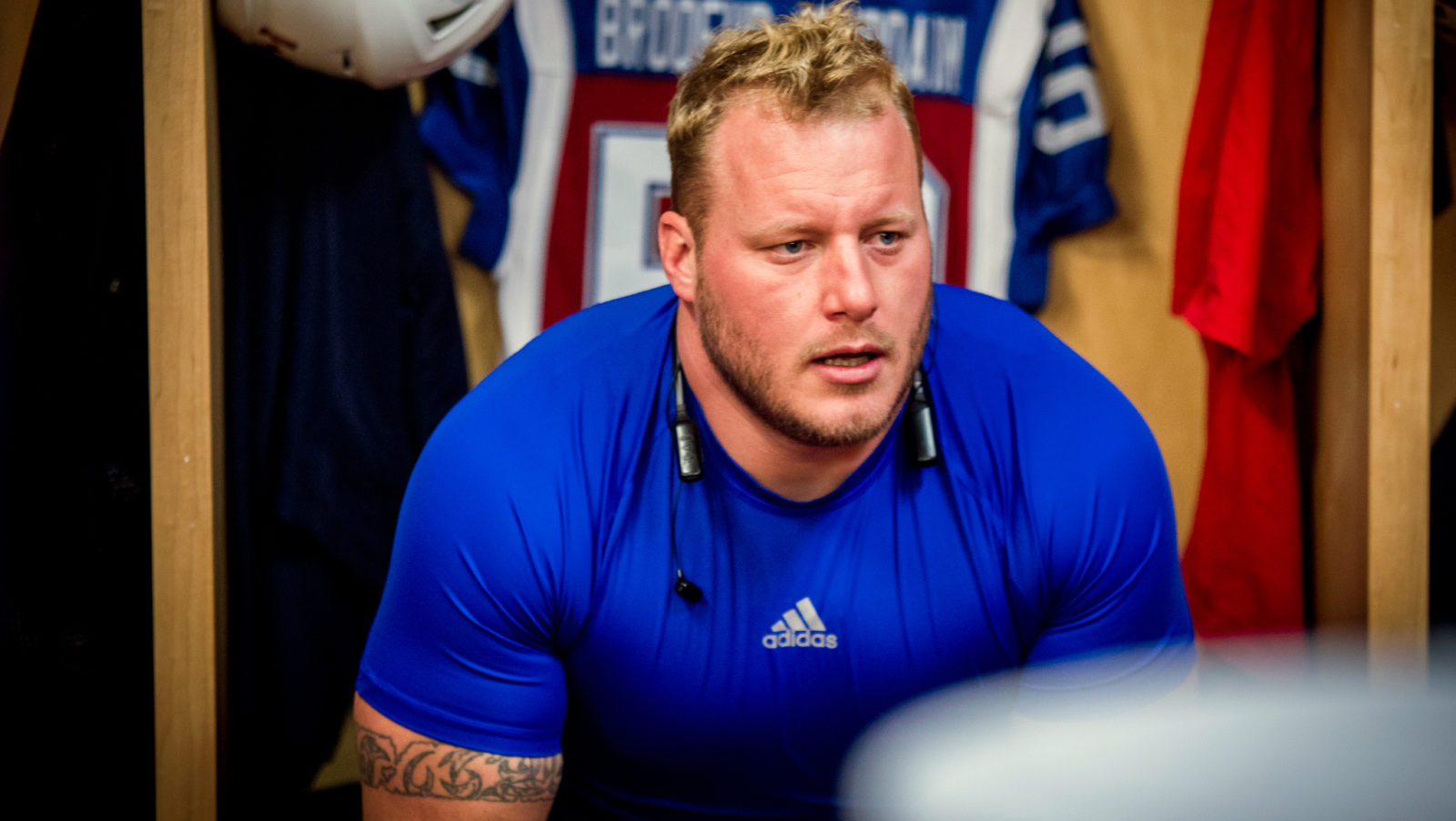 Brodeur-Jourdain on tackling hunger with Purolator: ‘Now is game day’

MONTREAL — It hasn’t been a full calendar year since Luc Brodeur-Jourdain took on his new role of the Montreal Alouettes assistant offensive line coach, but he’s already added another title to his resume.

The former offensive lineman accepted to be Montreal’s spokesperson for the Purolator Tackle Hunger initiative, which was launched early this year as a result of the impact COVID-19 is having on Canadians with limited access to food.

CFL and Purolator kicked off their 2020 food drive on Monday, April 27, about two months earlier than the usual June start date. Since its inception in 2003, Purolator Tackle Hunger has helped raise over 13 million pounds of food for people in need across the country.

For Brodeur-Jordain, who has been donating to the cause for years as a player, it was a no brainer for him to accept the new role.

“Technically speaking, I’m not sure if I’m the first coach doing it but it’s more usually been players,” Brodeur-Jourdain said on a conference call on Friday. “Year in and year out I’ve brung food to the stadium. This year it’s different. I’m fortunate to step in and be the ambassador for the program this year. It’s a real pleasure for me to do so.”

“It doesn’t really matter about the amount you’re willing to give to the cause,” he said. “One dollar, they say, is two meals and since this has started there’s been 15 million pounds of food that they gave away. So I’ll be active with monetary donations and I’ve been active the last few years doing donations with my food from home that I was bringing to the stadium.”

Fans at Molson Percival Stadium, along with fans across the country in each market, are incredible gracious and giving during this initiative on game days. Brodeur-Jourdain is asking those fans to keep that going now.

“Now is game day,” he said. “We’ve got to be helpful to our country and our region. The problems didn’t go away related to need of food and food secruriy across our province, across our country. Game day is now.”