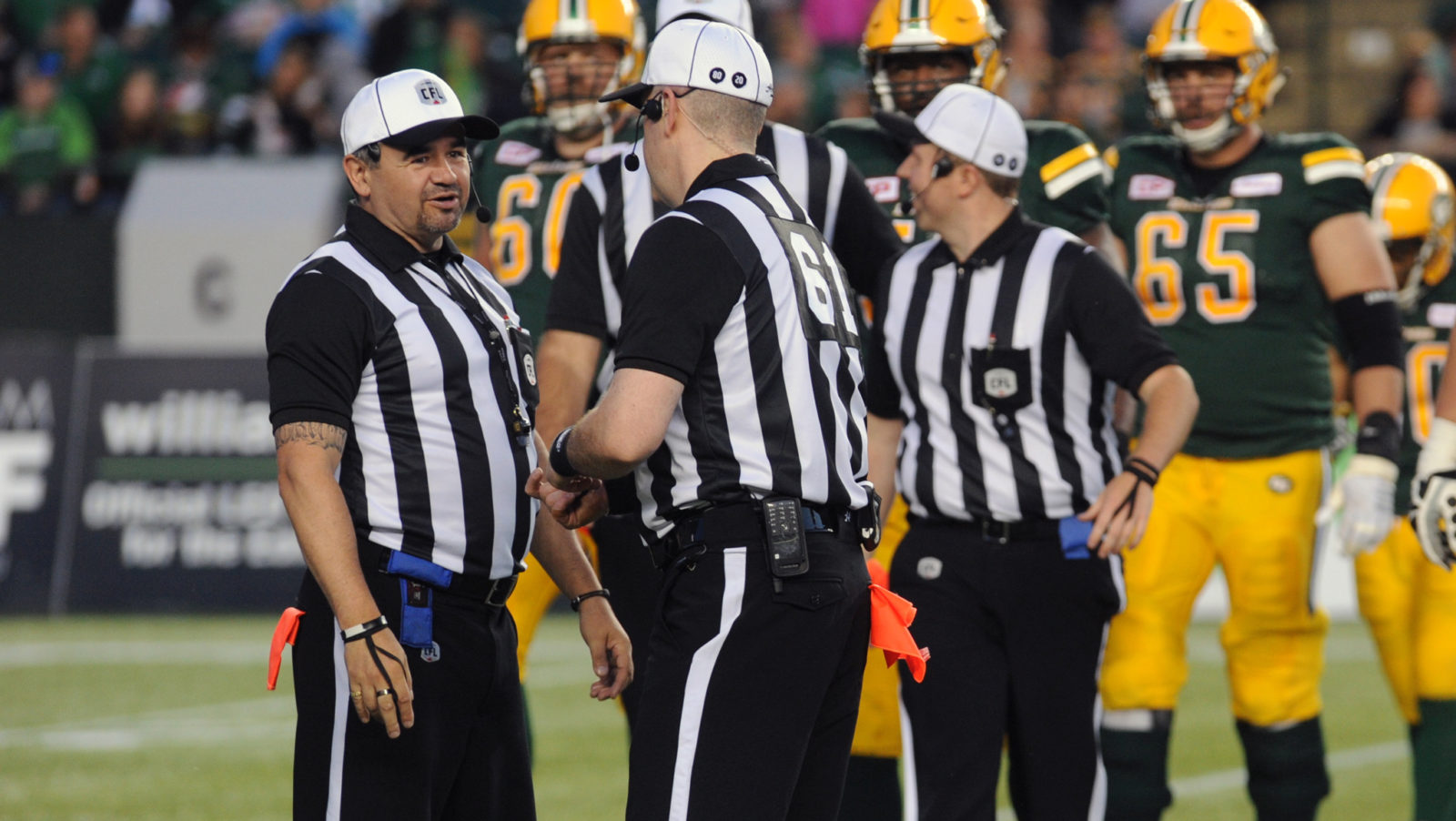 As the world began to shift and shutter itself with the realities of COVID-19 setting in, Brian Chrupalo looked at the work he does in Winnipeg and knew that he had to adapt.

He’s spent much of his life juggling many different roles. He’s been a police officer in Winnipeg for 27 years, working the north end neighbourhood he grew up in. For the last 16 years, he’s balanced that job with his work as a CFL referee. The last two years, he’s added the role of board chair of the Bear Clan Patrol, a community-based solution to crime prevention that serves the Aboriginal community in Winnipeg.

“Originally (the Bear Clan Patrol) popped up in 1996 and they may have achieved 200 volunteers, but the organization wasn’t what it is today with the safety patrol,” Chrupalo explained.

“It was more along the lines of steering johns away from the area. They would patrol in cars, they weren’t as visible.”

Today, there’s a lot of visibility. A December, 2019 CBC story says that after the group resurfaced in Winnipeg in 2014 with just a dozen volunteers and a $900 budget, it’s grown to 1,600 volunteers with a presence in 56 communities across the country. It recently moved down the street from its original location on Selkirk Ave. to a bigger space to accommodate more people.

Chrupalo spoke while seated in a Ford E-350 that’s covered in Bear Clan Patrol decals. He said that people in the community wave when they see the vehicle now. After seeing the van parked in front of his home, Chrupalo’s neighbours recently came by and gave him a cheque for $300, just to help out.

“Strange things like that happen,” he said. “It’s quite interesting.”

Over the last two years, he’s seen the difference the Bear Clan Patrol makes. Over the holidays last year, their food security program saw days where there were over 500 people lined up at their offices, waiting for assistance.

As physical distancing measures were put into place across the country in March, Chrupalo knew it wasn’t safe for an already vulnerable population to have to congregate to line up for food. So he started taking addresses and delivering food hampers.

“Having a couple of hundred people line up on Selkirk Avenue, it’s not a good thing in this current time,” Chrupalo said.

“To transition into a food hamper delivery program, I can tell you that in the first week, we delivered over 120 (hampers) over a couple of days and tried to get organized. (The next week) we did just shy of 300 and it took us two-and-a-half days to do that.”

Their numbers continue to climb. The demand grows and thanks to the Bear Clan Patrol’s hard work, so does its supply.

“We’ve organized it that much better to streamline the process. It’s actually a very smooth-running machine,” Chrupalo said. That process includes a small number of people in their offices packing the hampers, then around 10 drivers that take the hampers out to those in need.

“We still have some that show up on a daily basis to get some small necessities, but to be able to provide food to the elders, small families or young families and people that are shut-in because of medical or mobility issues, it’s making a huge difference.”

“To be able to go out and give an elder a box of food so they don’t have to worry about where they’re going to get their next meal and they have tears in their eyes saying thank you, that’s pretty humbling. We’re doing a lot of good things for the community.”

For Chrupalo, that’s meant a lot of long days now going on almost two months. His work with the Winnipeg Police Service runs Monday to Friday, with evenings spent in the early stages of the pandemic using his network and the Bear Clan Patrol’s network to get funding for the unpredictable future we all face.

“There are a couple of other native organizations in the north end, and I was able to secure some funding,” he said.

“That funding expanded to other groups that heard what we were doing and they suggested some grant writing, which I ended up doing late at night.”

The extent of that work shows itself through the Bear Clan Patrol’s Twitter account. Donations of all sizes have come in over the last few weeks. Sometimes it’s personal donations, other times it’s businesses helping their communities and sometimes it’s that grant writing working out.

As part of our federal #COVID19 response plan, @bearclanmb will receive over $220,000 for delivery of a weekly food supply to the most vulnerable in Winnipeg's North End. Proud to support this important initiative!

Today we would like to extend a BIG thank you to Patrick Anderson @ Primrose-Kitchen and Catering. They specialize in plant base cuisine and today we received 50 meals for community members to enjoy!! #bearwithus #bearclanmb. pic.twitter.com/5LkjzihEPc

BIG thank you going out to Kirk Ziemianski from National Meat Sales Inc for the huge donation of a full pallet each (1080 units per 2160 units total) of these Kool lunchables for the children of our community. #bearwithus #bearclanmb. pic.twitter.com/wTUi5zjdg5

“I spoke to a guy (recently), he wanted to donate some money,” Chrupalo said.

“He told me a story about growing up in the north end and he was addicted to alcohol. He had some issues and he’s corrected those behaviors and he has a little bit of money and he wanted to donate it to our cause. He gave me $1,000.

“To be able to share a story like that is pretty humbling. To be able to go out and give an elder a box of food so they don’t have to worry about where they’re going to get their next meal and they have tears in their eyes saying thank you, that’s pretty humbling as well. We’re doing a lot of good things for the community.”

Working a difficult job in a historically difficult time has shown Chrupalo the best of the people around him. He acknowledged the people at the Winnipeg Police Service that let him take the time to work with the Bear Clan Patrol and the people that volunteer there. He also shouted out his fellow CFL refs, who last year pooled some funds together to donate to the cause that’s so close to him.

“It’s really a positive thing for the community. It’s a lot of people coming together to help when there’s a problem and that’s what the north end is all about,” he said.

As we all deal with a constantly changing landscape and the uncertainty that sits in front of football fans in Canada at the moment, Chrupalo is no different than any of us in that regard. This would be the time that CFL officials are meeting for clinics and getting ready for another season on the field. Of course, he’s not doing that right now.

“The quicker we can flatten the curve and get back to normal, the happier I’ll be,” he said.

“There’s a lot of group chats and there’s a lot of texting going on between your good buddies and you miss that. You miss standing in the middle of a football field when it’s so loud that you can’t hear anything — and that includes a Fox 40 whistle. That’s how loud it is.

“It’s a great group of guys and I can’t wait to get back.”