O’Leary: Kambamba wants to be next impact player taken last in draft 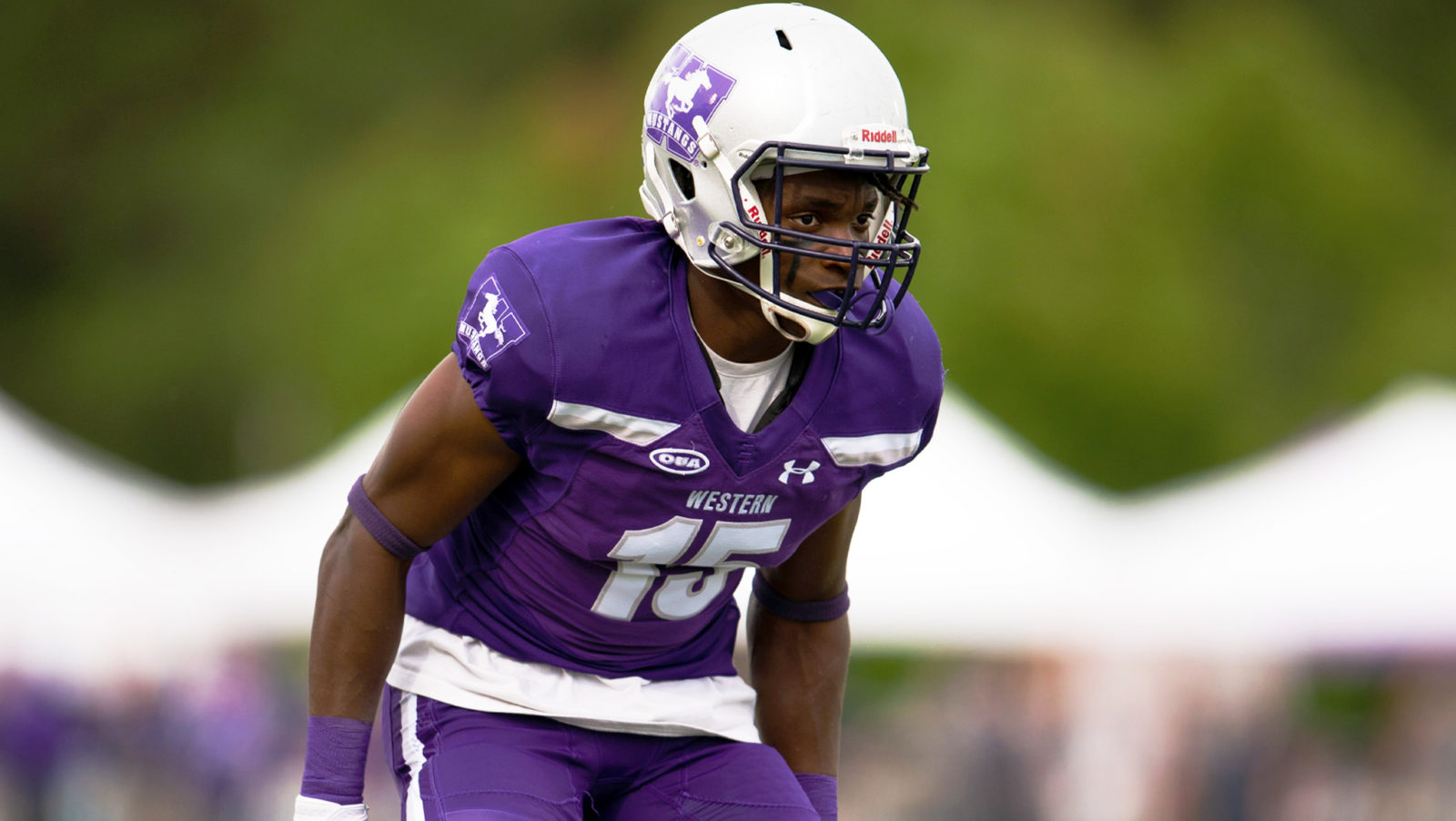 O’Leary: Kambamba wants to be next impact player taken last in draft

Before his eyes were fixed on the CFL Draft, Bleska Kambamba was watching what so many other sports fans around the world are watching right now.

“I was a basketball guy so Michael Jordan was my first athlete,” the defensive back from Western University said from his home in London, Ont. He’s been watching the weekly installments of the Netflix documentary, The Last Dance, detailing Jordan’s final season with the Chicago Bulls in 1997-98.

“I’m all about finding whatever it takes to win and that’s because of my idols, really. It’s kind of fitting that it’s coming back right now. I got picked last and now I’ve got Michael Jordan throwing it back in my face like, ‘What are you gonna do?’”

Kambamba laughed a little when he said it but he’s serious, too. The final pick of the 2020 draft — 73rd overall to the Winnipeg Blue Bombers — is thrilled to be getting an opportunity with a CFL team. At the same time, he would have liked to have gone a few rounds higher.

He didn’t have a set expectation of where he’d go. But as the names were rattled off on TSN in the first few rounds and then as the program shifted over to CFL.ca’s coverage, the five-foot-11, 184-pound defensive back’s patience would be tested.

RELATED
» The top storylines from the 2020 CFL Draft
» O’Leary-Orange: It was the greatest phone call of my life
» Walters thrilled to welcome new draft class to Winnipeg 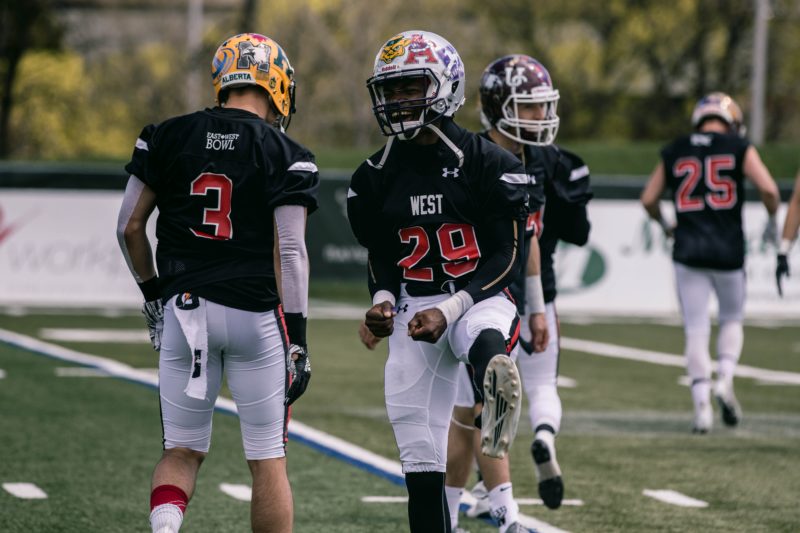 Kambamba, seen here at the 2019 East West Bowl, is ready for the opportunity that the Blue Bombers gave him through the CFL Draft (Photo: Western University athletics)

“Throughout the whole thing I was feeling like it doesn’t really matter where I get drafted. If I have the juice or the sauce, I’m going to be out there playing,” he said.

When his name fell into that final slot on the draft board, he said it was more relief than excitement in the moment.

“It’s pretty inspiring,” he said. “I kind of take that 73 and just turn it into something positive.”

In going last, Kembamba joined a fraternity of players, particularly in the last few years that have been the final name called in their draft class and built or are in the process of building productive pro careers. Being picked last could be discouraging, but there are players that have used that final spot as a launching point for their careers.

“It was a long, suspenseful night. That’s for dang sure,” Colton Hunchak said.

It was around a year ago now that he was warming up Kambamba’s cleats, watching names get called off in the 2019 CFL Draft. With two teams left to make picks — Ottawa and Calgary — the Calgary native was at his agent’s house and had to get up and leave the draft party. It was too stressful for him.

“I was getting so tired of staring at the screen. I just stepped outside and decided I’m just going to go for a little walk and calm down,” he said.

He was outside of the house when he heard everyone inside it roar. The Stamps took him 73rd overall.

“That was one of the best moments of my life,” he said.

“Being able to move back to Calgary with my girlfriend and daughter and play in front of my family again.”

A late part of the Stampeders’ draft plan, Hunchak made an impact in his rookie season. He played in 14 games and had 16 catches for 231 yards.

“I was just super happy for the opportunity,” Hunchak said.

“One thing that I had on my mind going in, obviously their first, second, even maybe a third-round pick, you’ll have more of an opportunity and you’ll probably have more eyes on you early in camp and everything.

“But once you get there, you’re not walking around with a first-round pick or eighth-round pick (sign) over your head. You still get the same opportunity. It’s just what you do with that.” 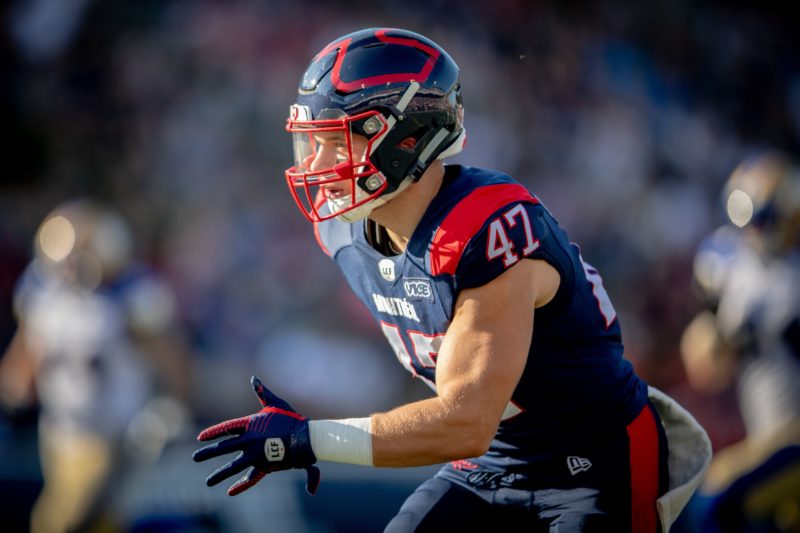 D.J. Lalama made his second shot with the Alouettes stick, having a career year in 2019 (Dominick Gravel/CFL.ca)

It was the same approach that D.J. Lalama took when Edmonton used its last pick in the 2016 draft on him. The linebacker from Winnipeg went 70th overall to an Esks team that was coming off of a Grey Cup win. Lalama appreciated that he was joining a winning organization and recognized that there were a ton of players to learn from.

“It was a whirlwind week,” Lalama said. Coming from the Manitoba Bisons and having spent time at the New York Giants minicamp, he thought he’d be a mid-draft selection.

“Pick the brain of all the vets that are around. I actually drove out to camp with Donny O (Oramasionwu) and Eddie Steele. We had a convoy out to Edmonton. Those were the guys that I leaned on. As soon as I got to camp, it was Almondo Sewell. Work hard, show the guys you’re willing to do anything it takes to be successful and help the team and don’t waver on being yourself.”

Lalama went back to Manitoba to finish school in 2016 and was a final cut from the Esks’ camp in 2017. He bounced between Montreal and his hometown Bombers before finding his groove back in Montreal last season. After posting a career-best 25 tackles and getting his first-career sack in 2019, he signed a one-year extension with the Als.

Luc Brodeur-Jourdain still remembers the names of some of the offensive linemen taken ahead of him. Some were by other teams, others were by the Montreal Alouettes, who eventually chose him with the 48th and final pick of the 2008 CFL Draft. 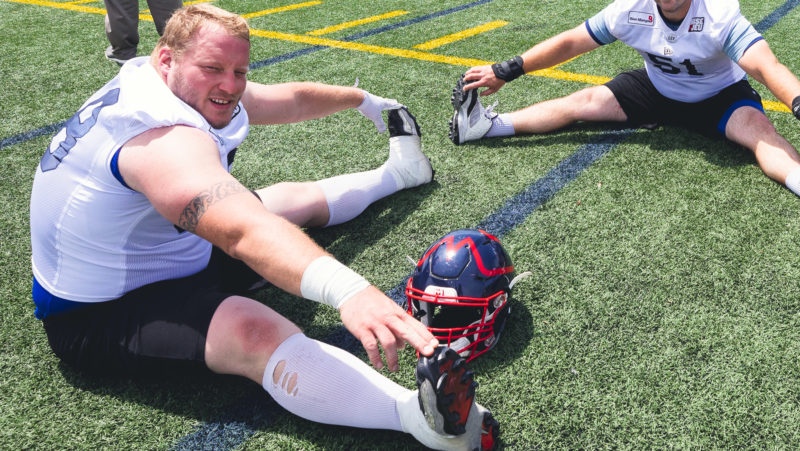 The last pick in the 2008 CFL Draft, Luc Brodeur-Jourdain learned that versatility was the key to building a decorated 11-year career (Dominick Gravel/Montreal Alouettes)

He remembers a combine that didn’t go his way that spring. He weighed in as the heaviest o-lineman there and despite running well and lifting well on the bench, it seemed there was a preconceived notion about him. In the interviews with teams, he told one club that if they didn’t want a guard to not draft him.

“As a person I’ve always been straight to the point,” he said from his home in Montreal’s South Shore. After retiring last season, he’s now the Alouettes’ offensive line assistant coach.

“I probably had very bad interviews. I knew that I had real bad one-on-ones. What you usually want to see from a kid is how good he’s moving his feet, how good his punch is.

“If you didn’t watch (game tape)…and you just focused on that one little camp, I think it’s being shortsighted. It’s not who you are, it’s not evaluating the athlete nor getting his competitive edge or anything like that. I got to the draft and I think the forecast was for me to be out somewhere in the second round. I was a two-time All-Canadian, I’d been a conference all-star and a part of the Laval Rouge et Or, which was a national champion.”

Like Lalama, he went back to school after his first training camp. He used that final year of university football to round out his game. Gone was the stubbornness about playing just guard. When he went back to the Als, he moved to centre and through an 11-year career, he did whatever his team asked of him. He came back from an ACL injury in his seventh season and played special teams.

Asked what advice they’d give Kambamba as he starts his pro career, there were a few consistent themes between the three players.

“Don’t lock into something you think you are. You might be surprised.”

“I think the biggest thing, honestly, is continue to bet on yourself,” Lalama said.

“For a lot of us the 73 guys, that’s what’s got you there in the first place. Obviously there’s a lot of support around you and you have to be given an opportunity and take advantage of it. But continue to bet on yourself. Put your head down, work, do whatever is asked of you.

“I remember Jason Maas asked me to play fullback (in Esks training) camp because Calvin McCarty and Mike Miller both got hurt. The more you can do, the more that you can absorb (only helps you).”

“Be thankful for the opportunity and don’t don’t let it slip away,” Hunchak said.

“You’re going to have to work harder than everybody else in that facility and on that team. You’ve got to think, he was overlooked by every other team, including Winnipeg for seven rounds. That’s one thing that I had in the back of my mind the whole time. Not only were other teams doubting me, but at the same time so did Calgary a couple times.

“You’re also going to have to make sacrifices with time. I felt that was the biggest thing last year was that I just got up early. I was one of the first four people in the facility every day. I felt that helped a lot. Especially when the coaches and everybody in the facility sees you in there early, taking it seriously. It makes a big impression.”

Kambamba seems to have a similar fire in him already. After drafting him, Bombers GM Kyle Walters raved about Kambamba’s versatility in the backfield and what he was able to do through four years with the Mustangs. He finished with 87 total tackles, five interceptions, 16 breakups, three forced fumbles and two recoveries while winning a Vanier Cup in 2017.

“He was just too good of a football player from our grading to not bring to camp and help address our depth on the defensive side of the ball,” Walters said.

“As a guy that comes from Western, that thrives on that championship atmosphere, I’m really excited to see what that feels like on the championship level,” Kambamba said.

With the Bombers, he’s got a foot in the door and is eager to take that next step.