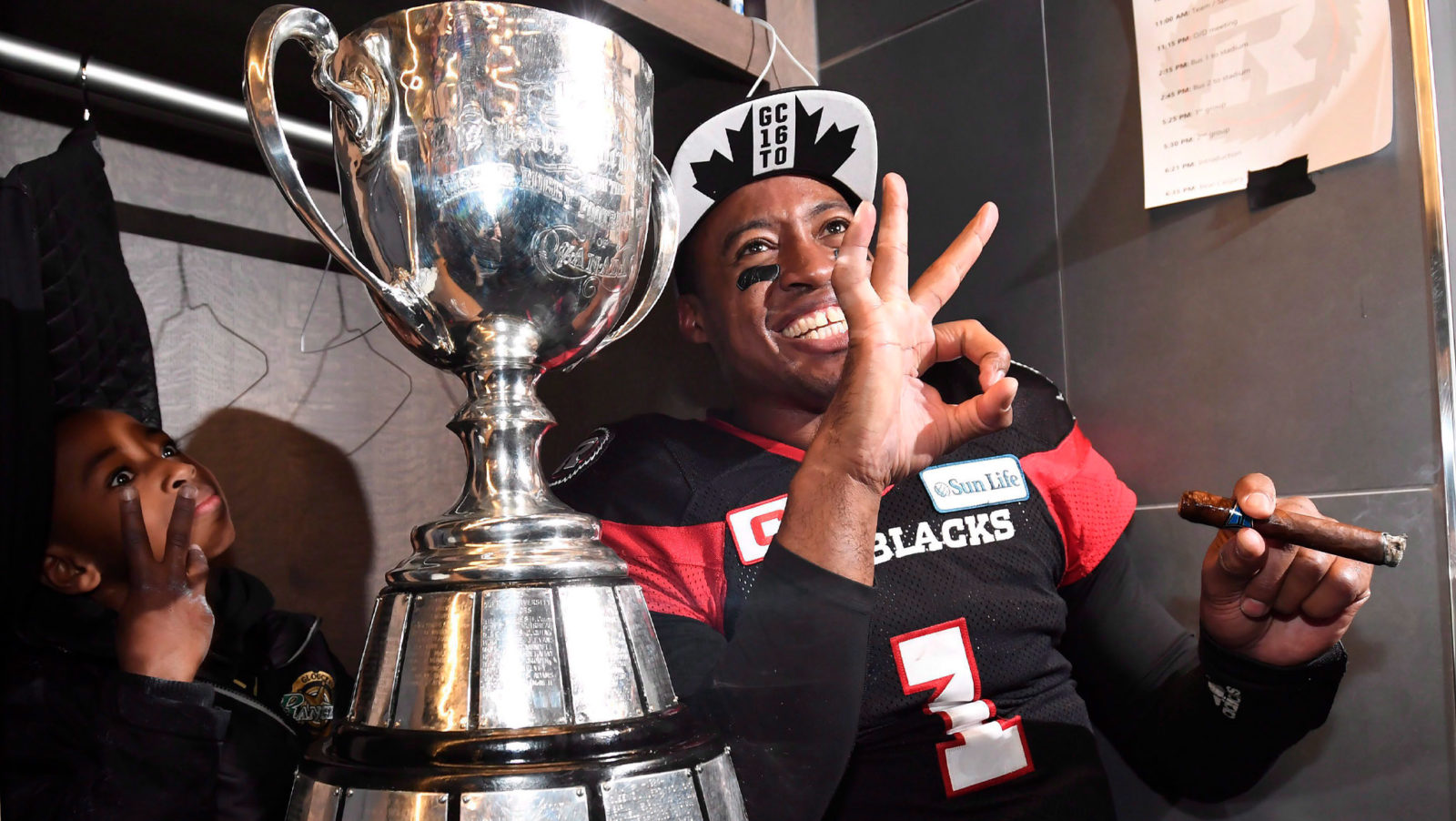 TORONTO — TSN will be continuing its programming of classic CFL games with a pair of classic championship matchups between the Calgary Stampeders and Ottawa REDBLACKS.

On Friday, the broadcast will start with the 104th Grey Cup in Toronto, where the two foes faced off for the first time ever in a title game. The second game of the night will feature the Grey Cup rematch between the two teams in 2018.

Henry Burris led the Ottawa REDBLACKS into BMO Field searching for a championship. But they had to get by Bo Levi Mitchell and the 15-2-1 Stampeders to accomplish their ultimate goal.

Burris aired it out on the REDBLACKS, completing 76 percent of his passes for 461 yards and three touchdowns. Not to be outdone, Mitchell went for 391 yards and two majors.

The game had to be decided in overtime, and with the first possession of the extra frame, Burris found Ernest Jackson with an 18-yard pass over the middle for the tiebreaking score.

Mitchell had the opportunity to answer and keep Calgary’s playoff hopes alive, but his three attempts fell incomplete, giving the REDBLACKS their first title while snapping a 40-year long championship drought for Ottawa in the process.

Fast forward two years and fate would see the REDBLACKS and Stampeders face off again for the league’s ultimate prize.

In 2017, the Stampeders made it back to the Grey Cup but dropped a close contest to the Toronto Argonauts at TD Place.

This time, it was Trevor Harris at the helm for Ottawa, as they looked to make it two titles in three years. Calgary jumped out to a 21-11 lead at halftime and saw that advantage through to the end.

Mitchell was able to outdo his counterpart, tossing for 253 yards and a pair of scores to earn game MVP honours and the second Grey Cup of his career.