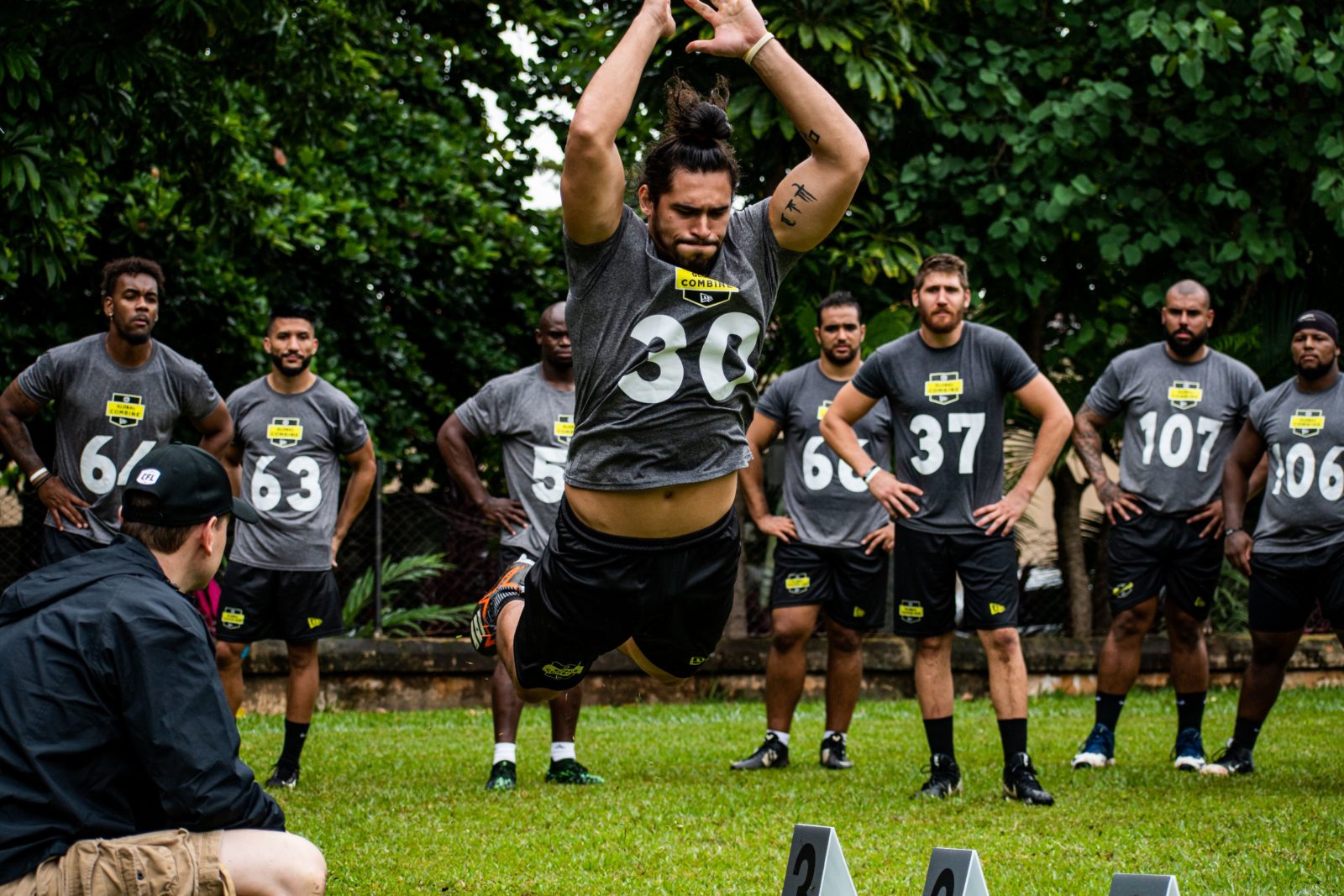 Canadian Football League Director of Global Scouting Greg Quick could be forgiven for struggling to find words to single out one athlete after having studied hundreds of players through 11 combines and countless hours of film.

In the case of Brazilian linebacker Luis Polastri, he gushed.

“You talk about a sideline-to-sideline guy. Luis is a bleacher-to-bleacher player whose motor never stops running. You better not relax for a second when he is on the field. He is the prototypical linebacker who plays the game full out.”

The six-foot-three, 230-pound 27-year-old native of São Paulo State is fully aware of how huge this chance is although he did not know much about Canada and the CFL before this.

“I can’t believe it. This is a life-changing opportunity. I knew a little about the CFL and about some players who moved to the NFL, like Michael Owen and Johnny Manziel but the rules and other things I have started to study now. The rules seem really cool.”

RELATED
» Ranking the top 10 games of the 2019 season
» O’Leary: CFL ref Chrupalo digs deep to give back to his hometown
» Reilly on mental health: I don’t fear it anymore 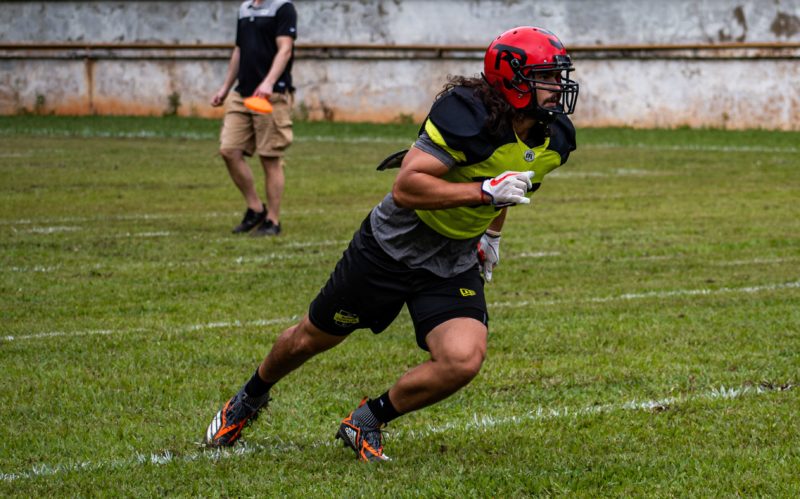 Polastri has been turning heads on the football field since first taking the game up late in life, in 2013 at the age of 20. He has definitely come a long ways since then. Like most other Brazilians, he had played soccer and had also tried his hand at kung fu and javelin. But there was something about this game that intrigued him.

“I started playing while going to school and just took to it. I didn’t start until I was in college though, 21 years old,” he said.

“It attracted me because it was a team sport that was physical and required intelligence too.”

Polastri joined his local team in Sao Paulo to give the sport a try and he was hooked. His talents grabbed plenty of attention and Timbo Rex, one of the top clubs in the Brasilian Football Association Elite League came calling, enticing him to move to Santa Catarina, 550 kilometers south of Sao Paulo. He thrived. In 2016, he helped Timbo to its very first Brazilian championship, which holds a very special memory for him.

“My 2016 team was special,” he said. “We had a great season, breaking records and won the first Brazilian national championship. I made great friendships that year. What a season.”

He caught the eye of Brazil’s national team coaches and played on the Brazilian team, the Brasil Onças, when they thrashed Argentina 34-0 in 2017. In 2018, Polastri ventured outside of Brazil for the first time, signing with Turkey’s Koc Rams helping them win the Turkish title.

“If given the environment to grow he will flourish. In coaching, you are always trying to develop the weakest parts of your team,” he said.

“Imports are expected to be ready to dominate and improve the team’s chances of winning. Luis was that type of player but I also knew he was just scratching the surface of his ability. Unfortunately, you don’t sign imports to develop them and we didn’t have the resources to focus on every detail with him. If a team puts in the time they will find a versatile guy with a work ethic that just needs the opportunity to develop.”

After his season in Turkey, he returned to Brazil but then played for another top team, the Galo FA.

“He can do a lot. He is such a versatile guy that, he could have lined up in a lot of different ways for us on Team Brasil,” said Clayton Lovett, the defensive coordinator of the Brazilian national team.

“He does so much well, but his processing and communication skills have always stuck out to me. He is one of the best in-game and on-field communicators that I have ever worked with.”

He returned to his former team, T-Rex in 2019, helping them reach the title game again. Marcus Herford was the offensive coordinator for Galo FA in 2019 and he was well aware of Luis Polastri.

“He was a very active player and I can definitely understand why he was picked up. He has a high motor and is a real student of the game,” he said.

If there seems to be a running theme here, there is. Wherever Polastri goes, the team wins and coaches sing his praises.

He is now headed into foreign territory, again. Learning not only a new game but a new culture. He relishes the challenge.

“I learned from the combine that special teams is very important in the Canadian Football League. This is good because I love playing special teams,” he said.

With a family who backs him up totally, even though he is playing a sport most people in Brazil consider strange, he is pumped, but not just for himself. He understands how important this is for his fellow Brazilians.

“I owe it all to my family who have supported me in everything. Without them, none of this would be possible,” Polastri said. “I want to help all the other players who have the same dream I do, of playing at this level. I want them to understand they can do it too. I want to open up opportunities for everyone who has helped me along this entire journey.”

“Luis is simply an old school, downhill linebacker who will make coaches take notice,” he said.

“I saw him demonstrate great leadership during the combine, helping the other players. To make it at this level though, you have to maintain a consistent level of excellence. I saw that in Luis. He will be fun to watch.”