Brissett brothers driving each other to succeed 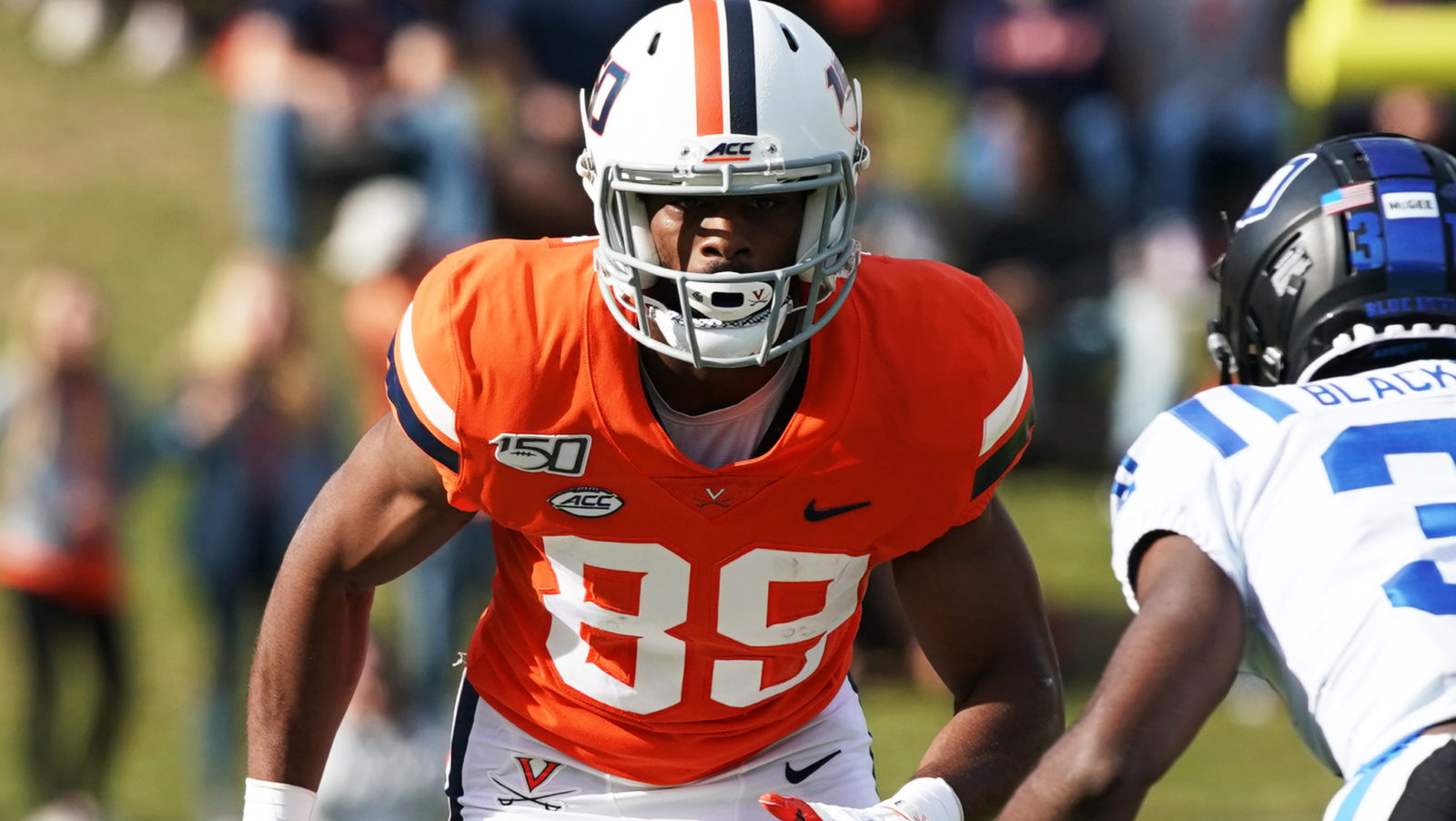 Brissett brothers driving each other to succeed

TORONTO — Leading into the 2020 CFL Draft, the attention centred around Virginia receiver Dejon Brissett, who was a virtual lock to be taken in the first round.

But it was the success story of he and brother Oshea Brissett that dominated the headlines.

The pair of Mississauga, Ont., natives are going to be plying their respective crafts close to home for the near future as they look to become big-time players for the Toronto Raptors and Argonauts, respectively.

On the latest episode of The Waggle presented by Sport Clips, Davis Sanchez and Donnovan Bennett catch up with the brothers to see how they’re staying busy during this pandemic and chat about their respective come ups.

EPISODE OVERVIEW: Donnovan and Davis are joined by Dejon Brissett, the second overall pick for the Toronto Argonauts in the 2020 CFL draft, and his brother, Oshae Brissett of the Toronto Raptors.

Both of the Brissett brothers had played basketball growing up, but Dejon had said ahead of the draft that when he came back home one summer, Oshae had hit a growth spurt, making their days of one-on-ones on the court more difficult.

Dejon ultimately opted to pursue football. He went down south in high school to play at Lake Forrest Academy in Illinois before heading to the University of Richmond.

He played four years with the Spiders, accumulating 1,282 yards and nine touchdowns on 86 receptions in 33 outings. An injury in his senior season awarded him a medical redshirt. He made the choice to be a graduate transfer and join the University of Virginia for his final season of NCAA ball.

Dejon was the top pass-catcher available in the 2020 CFL Draft, and Toronto wasted no time in landing their man, selecting him with the second overall pick.

“Over the last two years, things haven’t quite gone the way everyone wanted. With getting hurt and then going to a new school, the coach saying one thing and then really not playing,” Oshae said regarding his brother. “I know a lot of people that would’ve just said, ‘OK, I’ve got my degree, let me just focus on that since that’s what’s really going well for me. (Dejon) always stuck with it and just knew where he wanted to go and never really let anyone stop him from doing that.

“The reason I’m playing basketball is really because of him. The stuff that he’s done; going away to school at such a young age really encouraged me to go to a school such a young age to play the way that I played because I see what he does. And there’s no way that I could you know not be at that same level. So I wouldn’t say it’s a competition but more like a motivation to kind of get that same mindset that he has into my game.

“You know, that’s kind of pushing him forward and it’s also driving me as well.”

He appeared in 12 games for the Cavaliers, two of them being starts. He finished the year with two receptions for 18 yards.

The younger Brissett has been the one that has more pro experience.

Oshae stuck to basketball and managed to parlay his talents into a scholarship with Syracuse University. He had a strong freshman campaign but stayed in school for his second year instead of declaring for the 2018 NBA Draft. He went undrafted in 2019, leaving the door open for him to sign with the team of his choosing. He chose familiar surroundings, signing with the Toronto Raptors ahead of the 2019 season.

In his first professional season, he’s split time between the Raptors and their G-League affiliate, Raptors 905. He’s made it into 19 games with the big club and will certainly carve out a bigger role for himself in the NBA as time goes on.

“A lot of people have doubted him and said that he should’ve stayed at ‘Cuse for another year of finished up,” Dejon said of his brother. “There were people just not believing in him as much and he’s risen above that. He took over at Syracuse, and because he’s a two-way guy, he’s taking over the 905. When he gets in with the Raptors, he’s scoring points.

“He just continues to prove people wrong and show that he belongs here.”

Whereas Oshae has been able to get a foothold in the pro ranks, Dejon is still waiting to meet his new Argonaut teammates in person.

Despite that, he does have a solid National base to learn from in the Toronto locker room. The team made a point of adding local talent in free agency this year, so fellow Mississauga natives Juwan Brescacin and Natey Adjei are both coming home to play for the Double Blue in 2020.

Oshae was, of course, in the middle of the season with the Raptors before the league shut down due to the COVID-19 outbreak. For basketball players, they’re used to being around teammates and practicing almost every other day when they’re not in-game.

Luckily for Oshae, the city of Toronto has allowed for teams to return to their practice facilities, so he’s been able to head to the OVO Centre to get shots up and work out — albeit by himself. 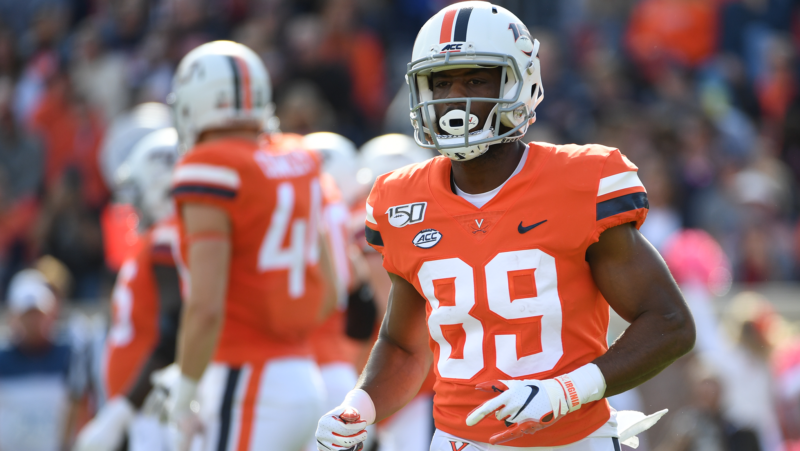 Receiver Dejon Brissett was taken by the Toronto Argonauts with the second overall pick in the 2020 CFL Draft in April. (Courtesy: Virginia Athletics)

Dejon, on the other hand, has had to go through the entire process of preparing for his rookie campaign without access to gyms to work out.

He’s still been able to get creative with his reps, as their mother, McKeitha, has been throwing him five-yard passes in the yard to keep his hand-eye coordination up.

“She complains about her shoulder hurting said only lasts a few minutes, but she gets it done,” Dejon said. “I’m set up sticks and cones and I’ve just been running around some imaginary routes and imagining catching the ball and just doing the best I can.”

Most kids have aspirations of becoming a professional athlete, but for most, it’s a dream that never comes true. For the Brissett family, they now have two members of the family that get to share the experience, and in the same city no less.

Dejon is set to be a breakout player for the Argonauts and will be looking to mae an impact with his hometown team this season.