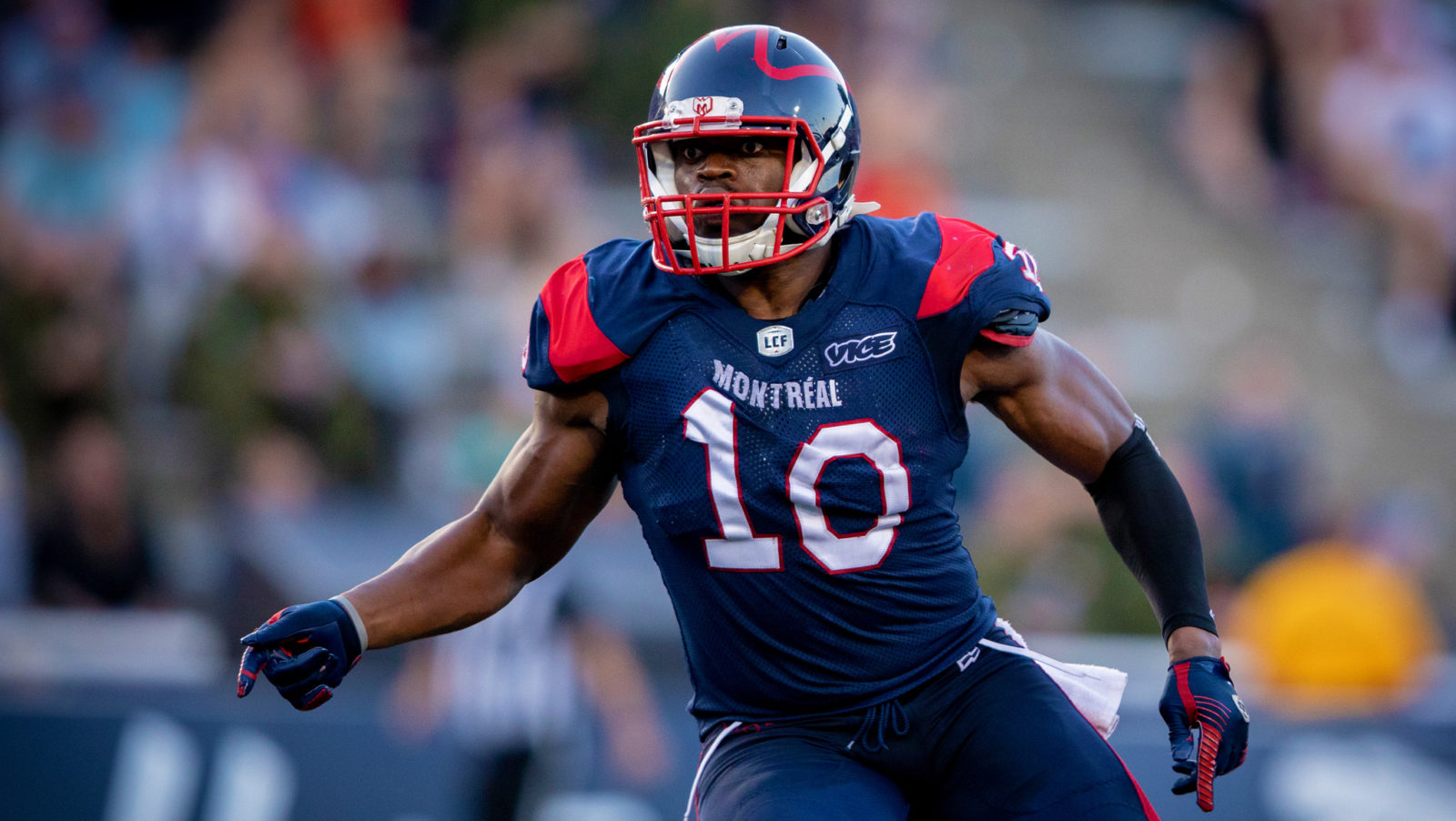 Henoc Muamba sat in front of a green screen, the latest addition to a burgeoning at-home studio and radiated the positivity that he always does.

It was refreshing to see a face that’s a familiar one to many CFL fans, giving off that energy in some uncertain times. In a world that hadn’t been hit by COVID-19, Sunday would have marked the opening of CFL training camps. Even on Friday, when Muamba spoke with reporters in a video conference, rookie camps would have been taking place.

For most of us across the country, the weather has turned for the better and leaves and flowers are blooming. Taking your first seat in a stadium under the sun to get your first look at your team has gone hand-in-hand with this time of year as long as we’ve all been around.

There’s disappointment in the disruption to the scheduling of essentially everything in the world of pro sports, the CFL included. Muamba expressed that much, but he’s taking this situation and trying to turn it into an opportunity. That’s where the green screen comes in. Muamba recently launched his podcast, Muamba Moments. His first guest was UFC hall of famer and Montreal native, Georges St-Pierre. 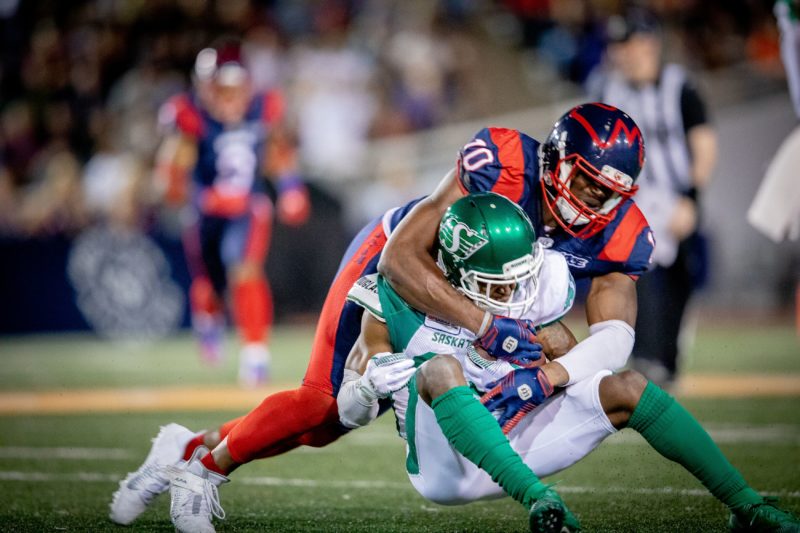 As a pro athlete with good connections in the sporting world, a motivational speaker and someone that clearly has a good ability to explain the finer points of the game, getting in front of a camera and microphone comes naturally to Muamba. If he’s unable to play football in the short term, he’s putting some of that energy into what he’s called his passion project.

“It’s been a passion project of mine and in the off-season I work on it, it’s been two years in the making,” Muamba said.

“I have other things outside of football that I’ve dabbled in, that I’ve always wanted to get a taste of and get my feet wet in. Those are things I’ll have to explore if the season doesn’t happen. It’s the same case for everybody else in the league.

“It’s not just professional athletes that have to deal with the uncertainty at this point. We’re not an exception. There’s a lot of people that deal with this, especially since the term ‘essential worker’ has become so prominent. If you’re not part of that clause there’s a lot of uncertainty in the moment. We’re not the exception at all. It’s a matter of adapting and trying to find something new if your lane has been closed.”

Still, the disruption to a routine that he’s known for the last eight CFL seasons is a lot to deal with.

“It’s definitely going to be bizarre. It’s odd, it’s weird,” he said, “but at the end of the day circumstances change and as a professional one of the main things we learn to do is adjust.

“We have to continue to prepare ourselves. On Sunday I’ll definitely be with my family, probably listening to an online sermon, relaxing. We’re trying to stay up to date on the updates and the situation with COVID-19. We’re in constant talks with the PA (CFL Players’ Association) and the league right now and we’ll continue to move forward. Hopefully in the near future we’ll be able to get into camp.”

It’s easy in all aspects of life to let the disruption that COVID-19 has caused to get us down. Muamba remains optimistic that the CFL will find a way through the challenges of the pandemic to have some type of a season this year.

“Optimism. Having the team that we have with the PA, the constant meetings that we have, we try to work our hardest to make it happen,” he said.

“If we don’t have that belief, that faith that it is possible, what’s really the point? You develop that in sports as well. When things seem impossible in games, everything starts with the belief. The optimism is the first (step).”

Muamba said that the Players’ Association has bi-weekly calls to keep its representatives (Muamba is one of them) up to date. He in turn emails his teammates and takes their questions when they have them.

While the world continues to adjust to the pandemic, sport is entering into an interesting time. North America’s four major sports leagues are working to navigate what the next few months could look like and if competition is possible. In Germany, the Bundesliga returned on Saturday after a two-month absence. The KBO — A South Korean pro baseball league — started playing earlier this month. The CFL and the CFLPA have been meeting and discussing possibilities, too.

“Everybody wants to play,” Muamba said.

“We all want to play but the biggest thing is to be safe as far as health is concerned, not just for the players and the coaches, but the fans…and everyone throughout the league.”