Turning It Around: REDBLACKS hope for better in 2020 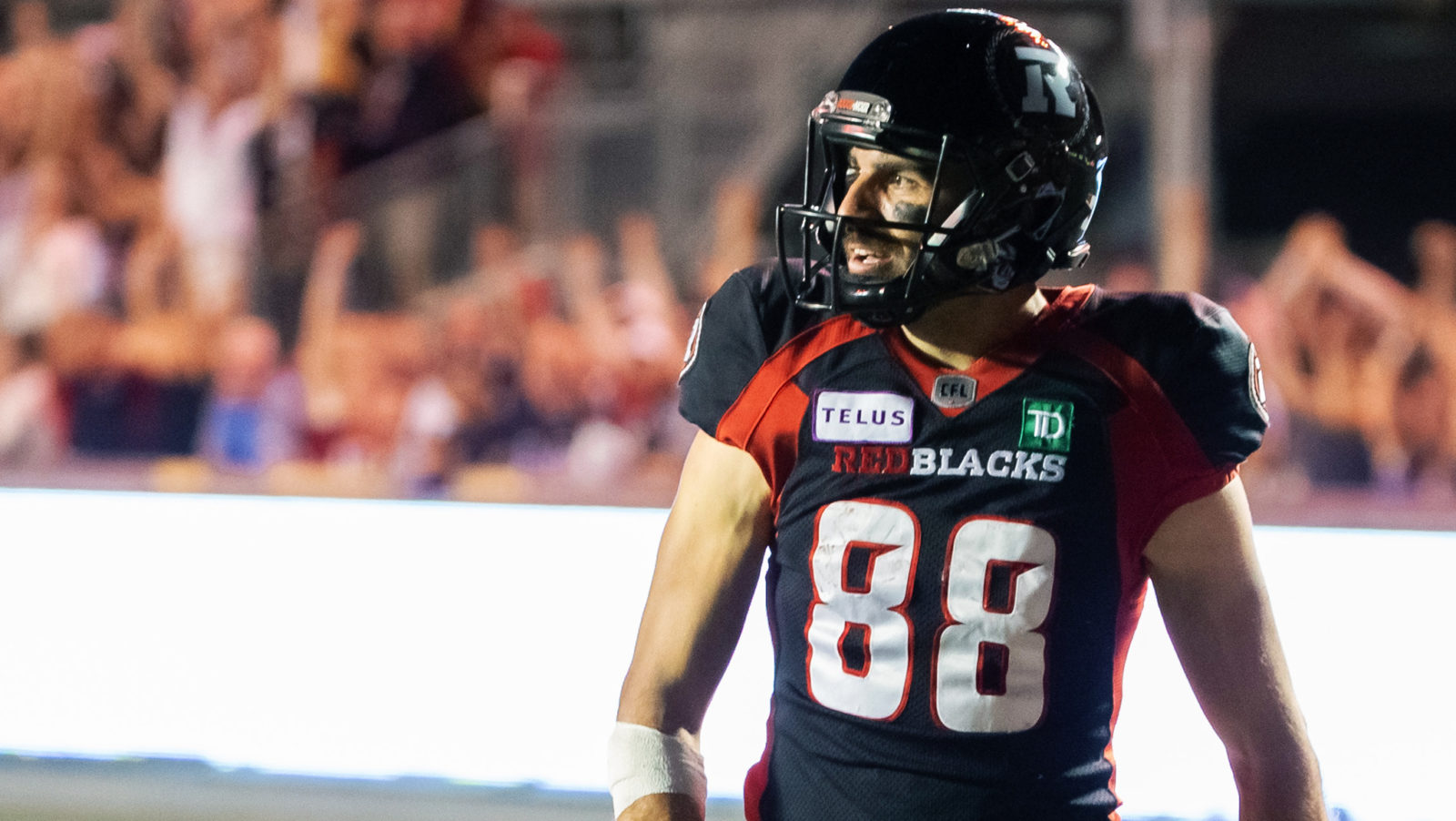 Turning It Around: REDBLACKS hope for better in 2020

OTTAWA — After a disappointing 2019 campaign, the Ottawa REDBLACKS look like a different team heading into the new season.

General manager Marcel Desjardins knew that some things needed to change after his REDBLACKS went 3-15 last year. A new head coach was first, hiring Paul LaPolice to lead the charge. A new quarterback was second.

Ottawa never had a steady hand under centre, as Dominique Davis and Jonathon Jennings both saw playing time throughout the year. Neither really found their groove and the offence struggled to find chemistry as they tried to deal with a QB carousel.

Desjardins decided to trade for the rights to former Stampeders QB Nick Arbuckle, who eventually signed a two-year deal with the club. The 26-year-old was waiting for his time to shine as a starter in the CFL behind Bo Levi Mitchell and the time is now as he heads into training camp as the incumbent No. 1.

Two familiar faces in Brad Sinopoli and R.J. Harris lineup at receiver this year but there also are a few new pieces. During free agency, Ottawa signed receiver/RB Anthony Coombs. As a ratio breaker and with the ability to play multiple positions, Coombs will be important for the REDBLACKS this season. They also signed Timothy Flanders in December, who is very familiar with head coach Paul LaPolice as the pair were together in Winnipeg in 2016 and 2017.

And finally, the team made a splash last month, signing receiver Jalen Saunders following his stint in the XFL. Saunders was once considered to be one of the best in the business when he was with the Hamilton Tiger-Cats before a devastating knee injury in 2018 ended his season and he was cut from the team before training camp last season. Look for Saunders to take a leading role in LaPolice’s offence. 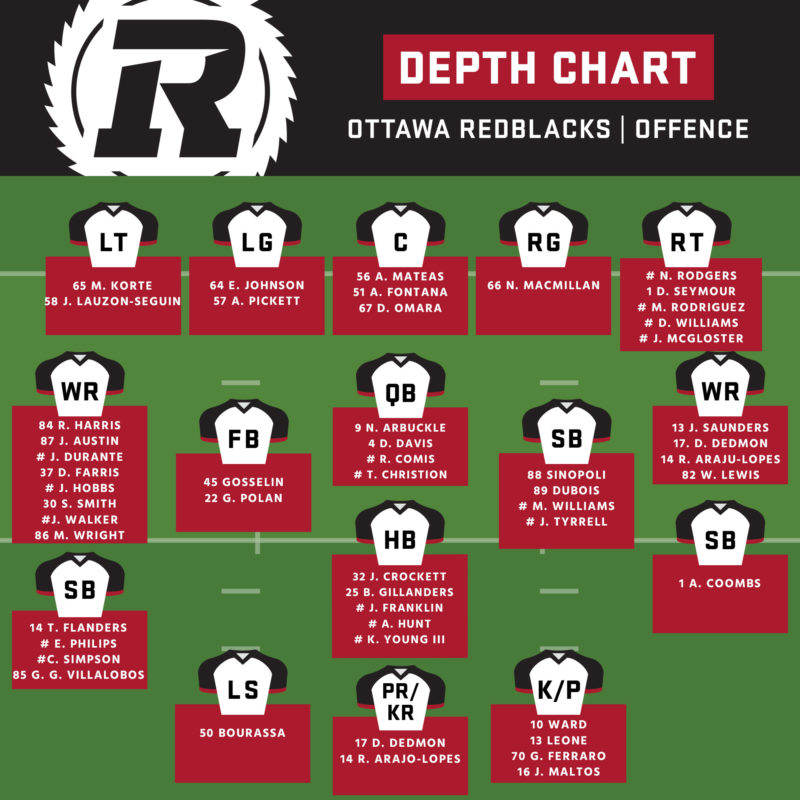 On the offensive line, Mark Korte will likely start at left tackle while fellow Canadians Evan Johnson, Alex Mateas and Nolan MacMillan patrol the inside. The only projected American to start on the line is likely Na’Ty Rodgers, who lines up at right tackle. That being said, there will be competition during training camp to see where things shake out come opening day.

At running back, John Crockett is presumed to start while Anthony Gosselin will likely be the starting fullback. Lewis Ward returns for his third season in Ottawa and DeVonte Dedmon will take kick and punt returns.

While LaPolice was expected to have some Winnipeg flavour injected into the REDBLACKS’ offence heading into the 2020 season, it was unsure what the team would do on the other side of the ball under new defensive coordinator Mike Benevides.

The majority of the team’s moves on the opening day of free agency centred around the defence, with the biggest addition of the bunch being defensive lineman Cleyon Laing. The 29-year-old native of Edmonton, Alta., will be a ratio breaker on the D-line. He’s also had prior experience with the REDBLACKS having spent time in the nation’s capital during the 2016 campaign. Laing finished the year with 27 tackles and seven sacks for the Toronto Argonauts in 15 games in 2019. He’s a four-time East Division All-Star who has taken home the Grey Cup on two occasions.

Laing slots inside on the defensive line, where he’ll look to form a collective battering ram with Michael Wakefield. The 26-year-old posted career-best totals in tackles (32) and sacks (4) while making it into 16 games. 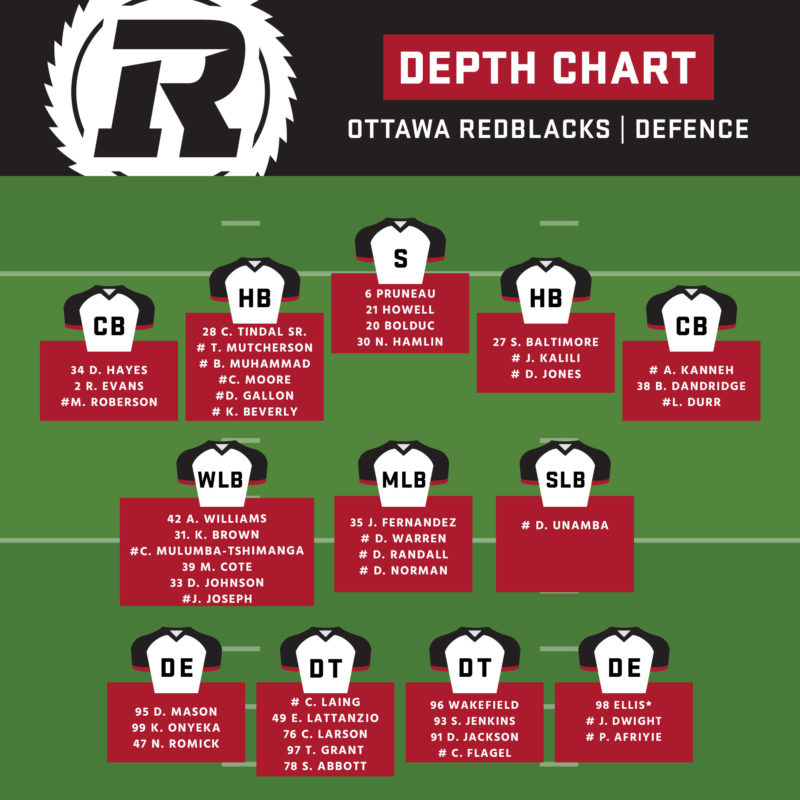 Danny Mason and Avery Ellis will be rushing off the edges. Mason only suited up in two games last season but he had 27 tackles and four sacks in 2018. Ellis was a standout for Ottawa in 2019, making 54 tackles and seven sacks and played in every single game.

The second level will be headlined by Don Unamba, who the REDBLACKS were also able to add on the opening day of free agency. He can be played in the secondary as well, but the 31-year-old has shown the ability to be a playmaker in the second tier of the defence after his switch to SAM linebacker two seasons ago in Hamilton.

Jerod Fernandez returns for his second season in the nation’s capital and will be assuming the role as MIKE linebacker. He had 53 tackles and a pair of forced fumbles in 11 outings in his first CFL campaign.

Rounding out the linebacking corps is Avery Williams at WILL linebacker. He played in just 11 games last year, but the 25-year-old posted a team-high 69 tackles as well as a sack and a forced fumble.

The secondary will consist of some returnees, new starters a familiar faces. Antoine Pruneau will be holding down the deep third of the field at the safety position. The 30-year-old was held to just nine games played last season while he was battling injuries. He’ll be flanked by Corey Tindal and Sherrod Baltimore at the halfback spots. Tindal finished last year with 64 tackles, three special teams tackles and a forced fumble while Baltimore had 29 tackles and a forced fumble.

New addition Abdul Kanneh will be holding down the boundary corner spot. Kanneh played for the Argos last year, switching between multiple positions, including halfback and SAM linebacker. His versatility won’t go unnoticed. He also spent his first three years in the league with the REDBLACKS, so the fit is perfect for both he and the team.

At the field corner spot is De’Chavon Hayes. The Arizona State product did appear in seven games for Ottawa in 2019, and he showed his capabilities, making 22 tackles while nabbing three interceptions over that span. Benevides also has a solid backup at that spot in the form of Randall Evans, who played in all but one game for the team a year ago.

With a new QB and a new head coach leading the way, the REDBLACKS will hope things can turn around from a year ago as they look to get back to the top of the East Division.