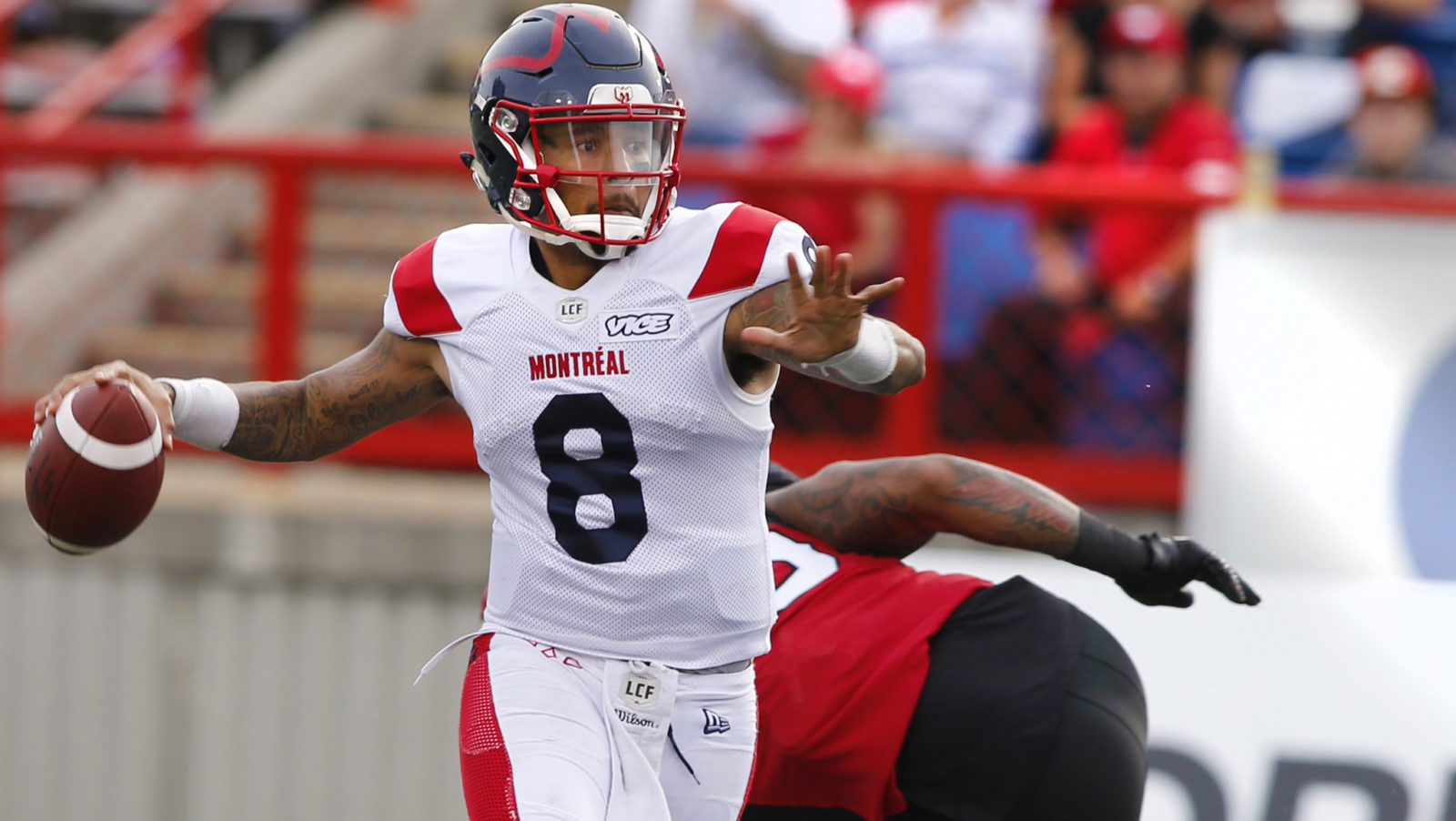 When you go to any sporting event, one of the most exciting things that can happen is overtime.

Extra innings during a baseball game, three-on-three that could lead to a shootout during a hockey game or an extra five minutes on a basketball court. None are expected when arriving but they’re always celebrated when they occur.

There’s excitement and tension. Fans are on their feet. The pressure is on for the athletes and it’s felt throughout the entire stadium or arena. Or in my case during Week 10’s contest between the Montreal Alouettes and Calgary Stampeders, it was felt through the TV.

Let’s take a trip back to a late August weekend in Calgary for this week’s CFL Game in 40.

It was approaching the halfway point of the season. Montreal had shown some sparkle but the question, ‘Are the Alouettes for real?’ still loomed over the club. This contest was the point that the team shouted the answer: YES.

For most of the game, the Stampeders were dominating. But it was the last few minutes of the game and overtime that caught the eye of everyone. Vernon Adams Jr. lived up to his nickname, Big Play VA, to force overtime and eventually seal the deal with some late-game magic.

Trailing 28-17 with 1:40 left on the clock, Adams went to work and moved his team down the field and tossed a touchdown strike to Eugene Lewis. With just 38 seconds left on the clock, and Calgary still leading 28-25, Montreal perfectly executed a Boris Bede onside kick that Lewis hauled in, putting the ball right back in the Als’ pivot’s hands.

“It was one of the best, well-placed onside kicks from Boris Bede,” said CFL.ca’s Jamie Nye in December. “He placed it right to the numbers on the field where Eugene Lewis was lined up on purpose to make that play. Usually the ball hangs too high toward the sideline where all the traffic is, keeping it closer to the numbers is the only place Lewis can high point the ball.”

With Adams Jr. at the helm, the Als moved the chains and settled on a 27-yard field goal from Bede to force overtime.

And the excitement at McMahon Stadium wasn’t finished as extra football began.

It was a wild series of events, with the teams trading a pair of touchdowns and Adams Jr. scored the eventual game winner. Eric Rogers almost hauled in a touchdown to tie things up once again, but his attempted tip-toe score in the back of the end zone was ruled out of bounds and the Alouettes would walk away victorious.

“I was at a wedding the night of this game,” said CFL.ca’s Chris O’Leary when I asked him what he remembered about the game. “I tried my best to not put the celebration of friends on hold to check the score, but as the fourth quarter ticked away, I couldn’t help myself.

“It also didn’t help that my New York-based friend of the same name, Chris O’Leary, started texting me with each unlikely Als play materializing for them. Was the…what should we call it, domestic bliss of the moment I was physically in disturbed by the excitement of what was happening a few provinces over in Calgary? Yes, yes it was. But with that finish, it was worth it.”