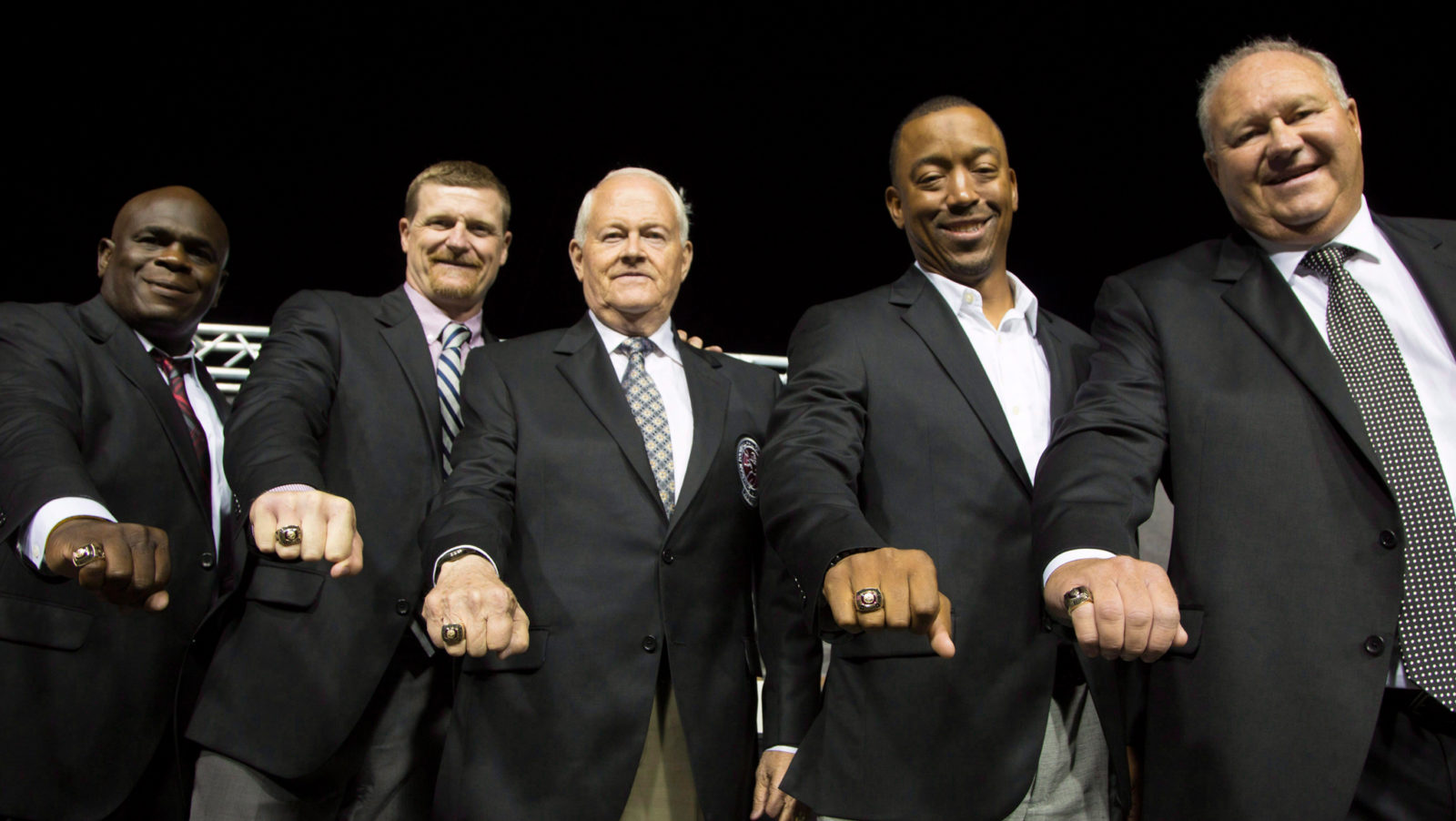 TORONTO — TSN will be continuing its programming of classic CFL games with “Hall of Fame Night,” which will see two of the greatest classes in recent memory be enshrined forever.

On Friday, TSN will first be airing Saskatchewan and Hamilton’s showdown from 2017, where Anthony Calvillo, Mike O’Shea and Geroy Simon were the headlining members of the Canadian Football Hall of Fame.

The second game of the night comes from the 2019 season, where top Canadian running back Jon Cornish, Mervyn Fernandez, Terry Greer and David Williams were all welcomed into the Hall of Fame during a game between the Tiger-Cats and Lions in August. 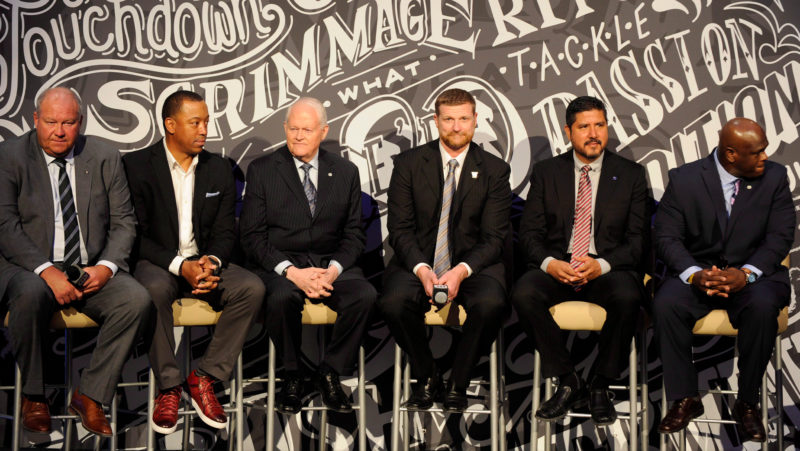 A loaded class entered the Hall of Fame in 2017, with quarterback Anthony Calvillo, receiver Geroy Simon, linebacker Mike O’Shea and running back Kelvin Anderson all being honoured when the Ticats faced the Roughriders on Sept. 15, 2017.

Unfortunately for the home faithful, it wouldn’t be the night for the Tabbies. Despite big games from both Jeremiah Masoli and Jalen Saunders, Brandon Bridge finished the game with 231 yards and three touchdown passes to lead the Green and White to victory. 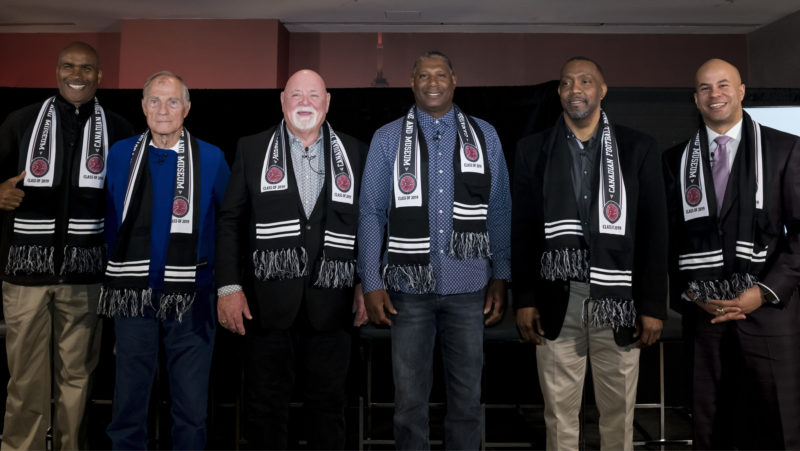 An inter-divisional clash between the Tabbies and Leos played host to the game where the 2019 Hall of Fame class would be celebrated.

The Lions carried a 27-19 advantage into the fourth quarter, but that final 15 minutes turned in some of the most exciting football of the 2019 season. Hamilton stormed all the way back, led by Dane Evans and 2019 Most Outstanding Player Brandon Banks, who finished with 137 yards and two majors on nine catches.

Their 23-yard connection with just over a minute to go sealed the come-from-behind victory and cemented the clash as an instant classic.