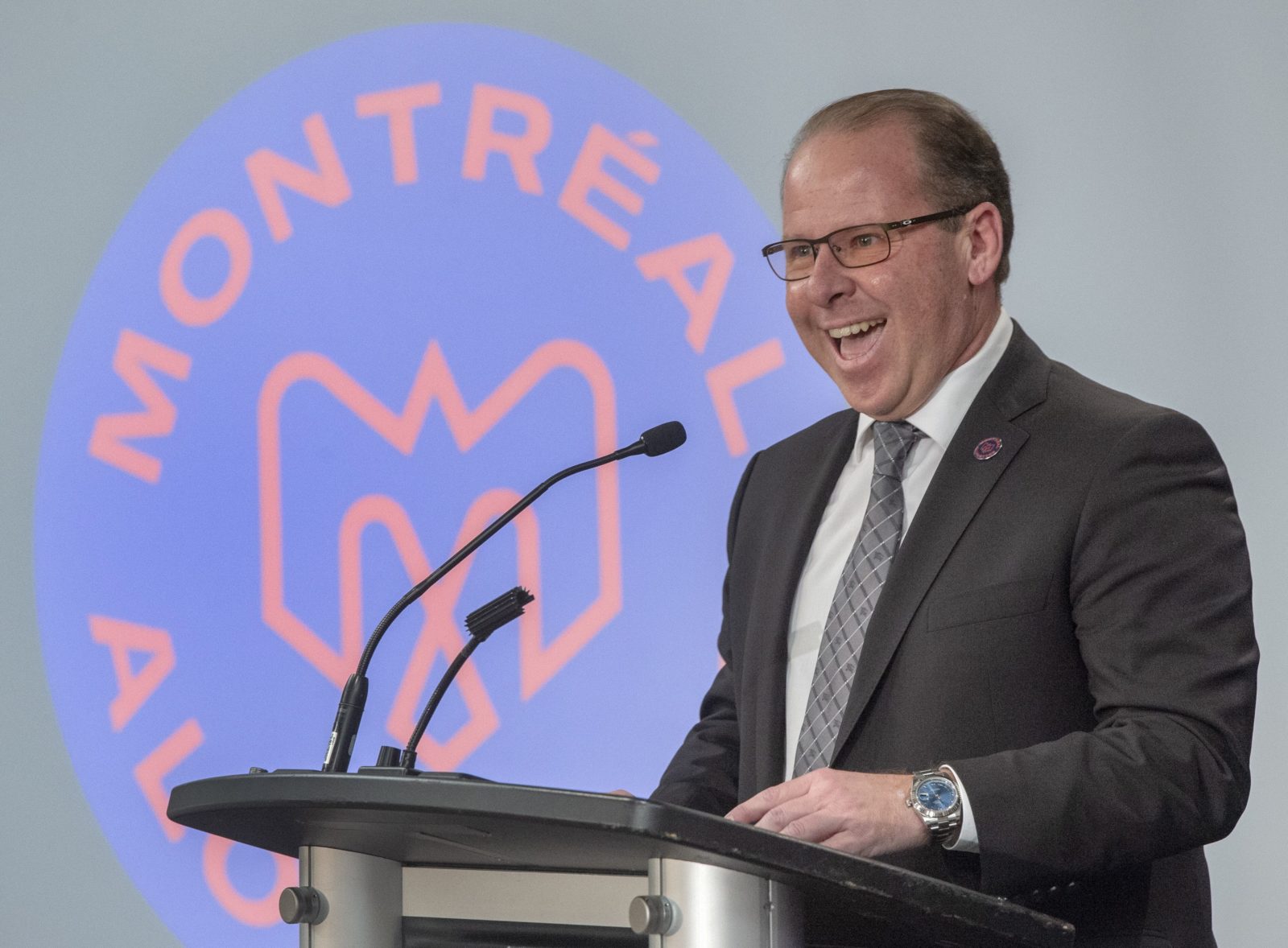 Montreal Alouettes’ GM Danny Maciocia never thought his Italian heritage would lead to one of the most satisfying coaching experiences of his career.

A Grey Cup winner with the Edmonton Eskimos (2005), Maciocia’s coaching career spans three decades and also includes a U SPORTS title with the University of Montreal Carabins (2014) but his fluency in Italian was the key to another success.

Where would you use Italian to coach football?

In Italy of course.

The 53-year-old Maciocia, a native of Montreal, traces his roots back to the small village of Canalupo in Italy. His mother and father emigrated from there with their families to Montreal in the 1960s.

“Canalupo is a town of about 600 located between Naples and Rome. My parents only spoke Italian around the house where I grew up in Montreal so I was speaking Italian at home and French and English outside of our family,” Maciocia said. 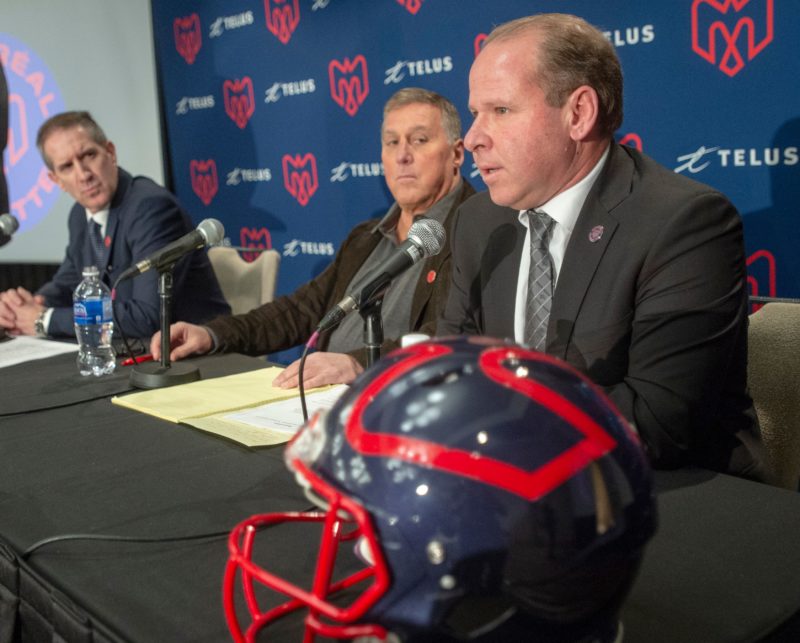 In 1998, while serving as an assistant with the Alouettes under Dave Ritchie, Maciocia had been approached by Mario Rende, the GM of the Bergamo Lions, who played in the Italian Football League.

Rende, who coincidentally had played for Ritchie in 1989 with the Milano Seamen, was looking for a coach who could blend North American and European/Italian values.

“I had heard about this Canadian coach who had coached in France and who spoke fluent French and Italian. So I reached out to him,” Rende said.

“I was looking for someone who not only could speak Italian, but could understand the different culture, both off the field and on.”

After coaching the St. Leonard Cougars in the Canadian Junior Football League and Quebec’s Under-19 squad in 1995, Maciocia became head coach of the Cannes Iron Mask in France’s First Division a year later. It was that season that led to the fateful contact with Rende.

“For me it was like a dream to come back to my Italian roots coaching the game I love,” Maciocia said.

When he arrived in the spring of 1998, he had to deal with the difference in culture almost right away.

“These young men were not getting paid and we were practising twice a week from 8:30 to 11 at night. Some had to travel from other towns. So for them, when you said practice started at 8:30, that meant 8:30 or so. I had to change that. If you’re there on time you’re late.”

“Danny was firm but the fact that he spoke fluent Italian and understood the players was enormous,” Rende said.

“Many coaches are not comfortable with the Italian approach, but Danny found a way to relate and still have discipline.”

[1 of 6] (Danny Maciocia, centre, is surrounded by his coaching staff from the Bergamo Lions (Photo: AmericanFootballInternational.com))

Maciocia brought with him a couple of players who would have a major impact on his tenure as head coach: Dan Crowley, a backup quarterback with the Alouettes and Tyrone Rush, a former Washington Redskin and NFL Europe running back that had also been with Montreal.

“Both Dan and Tyrone were keys for me,” Maciocia said. “They helped the Italian players, teaching them more about football but also about the football culture.”

Rush, who now has his own personal security firm in California, Rush Factor Elite, had played for the Redskins before suffering an injury in 1994 and landed in Montreal in 1996, playing behind Mike Pringle, when he met Maciocia. He did not pass the physical and thought his career in Canada was finished. However, the Barcelona Dragons from NFL Europe came calling in 1997. Again, he did not pass the physical. This time, he truly thought his football days were behind him and he headed to California working for Sony Studios. Then he got a call from Maciocia asking if he wanted to come to Italy to play football.

“Danny said he coached a team in Italy and he asked me to follow him, for low pay but tons of playing time,” Rush said. “I had no idea they played our kind of football in Italy but since he was Danny and it was a chance to play, I said I was in.”

Maciocia’s recruiting didn’t stop there. He also brought in Crowley, who had been a backup quarterback for the Alouettes in 1996 and 1997. Now the senior associate director of athletics and development at Towson University, Crowley has fond memories of Maciocia and Italy.

“Danny called me and said he was going to Italy to coach and wanted me to come along. I had never heard of football in Italy and in those days with almost no internet I couldn’t check it out,” Crowley recalled.

“Because it was Danny, I said yes. Since the season lasted from February to June so I knew I would have time to get back for the CFL season.”

Two key positions were now filled, so Maciocia went to work on the rest of the team. With Crowley and Rush helping coach, which went beyond just straight football coaching but involved teaching the Italian players, some of whom had been playing all their lives, about the North American football culture, he gradually built a formidable unit. The Lions came out of the gate that year on a roll, ultimately finishing 7-3 with Rush dominating on the ground until a mysterious rule prohibiting players with “pro” experience put him on the sideline. Still, the team won the Italian title that year.

It wasn’t just the on-field improvements that were having an effect. There were team customs in Italy Maciocia had never experienced before and that ultimately had a bonding effect. One was the post-game meal. After each game, the entire team, including players, coaches and their families, would gather at a local restaurant for a meal.

“I had never experienced anything like it before and I never will again unless I return to Italy to coach,” he said.

“We would take over the entire restaurant with 60 to 70 people showing up. We were truly like one big family.”

Rush and Crowley were totally amazed at the passion and dedication of the Italian players.

“I have never seen a passion for the game like our Italian teammates. They would practice until late, then eat and go home, with some of them traveling an hour or more. And they would pepper us with questions. They had a thirst for knowledge of the game that was incredible,” Rush said.

“I was totally amazed by the dedication,” he said. “They had an incredible work ethic and a yearning to learn. They also took us into their hearts. We became part of a family and made friends for life. To this day we stay in contact.”

The Lions won two straight Italian championships with Maciocia behind the bench. That team turned into a dynasty in European football with Rende as GM as Bergamo went on to win another nine straight Italian titles (three more with Rush, who played in Italy until 2001) as well as three European championships. In Maciocia’s two seasons, Bergamo lost just three games as the team came together like a family. It was one of the lessons that he says he took away from Italy.

“Coaching Bergamo gave me an opportunity to build something and apply ideas I had gotten from other coaches like Peter Vaas and Davie Ritchie,” Maciocia said.

“It helped me when I took over the Eskimos as head coach. Of course two great players in Ty and Dan as well as the passion of the Italian players also made a huge difference.”

Would he go back?

“I would love to go back and coach in Italy. I return to visit regularly and try to make sure to watch a game or two when I am there. They play a good level of football and it’s fun to watch.”

For now though, his focus, of course, is on the Alouettes and returning to the Grey Cup. Montreal’s last Grey Cup appearance was 2010.