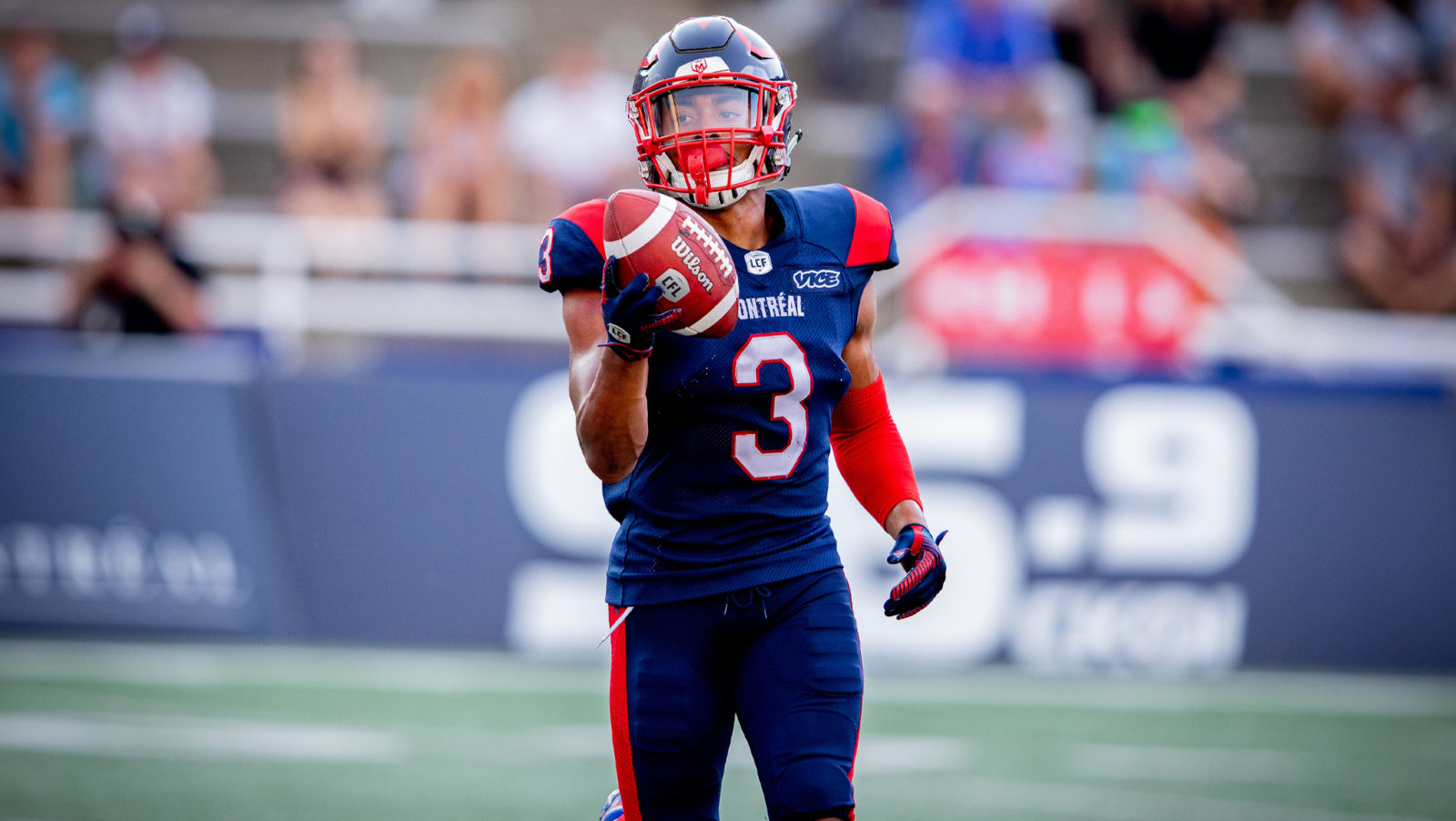 While watching the Montreal Alouettes play during the 2019 season, there was always one individual in particular that stuck out on the defensive side of the ball; Patrick Levels.

No. 3 in blue and red flew around the field, making things happen at all three levels. He was able to come up and disrupt the run, get to the quarterback while still being able to drop into coverage and lock off a receiver.

The 25-year-old is one of the best up-and-coming linebackers in the Canadian Football League, and after earning his first All-Star honours in 2019, he’s found a new home with the Hamilton Tiger-Cats, with whom he’ll be hoping to make a similar impact.

RELATED
» Steinberg’s MMQB: Plenty of intrigue for 2020
» Remaining the Same: Ticats hoping continuity brings them the cup
» O’Leary: Win-and-host could suit the Ticats 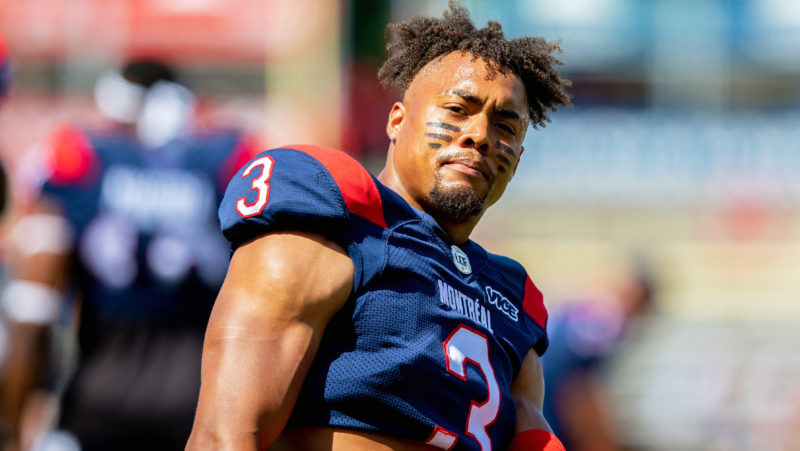 Following a successful collegiate career at Baylor, Levels joined the Calgary Stampeders in 2017. Despite not knowing a lot about the Canadian game coming in, the Dallas, Texas native learned on the fly, as an injury to Tommie Campbell presented a chance to start at boundary corner right off the bat.

He appeared in 12 games during his rookie campaign, posting 16 tackles and four special teams tackles. He made five tackles against the Ottawa REDBLACKS in his first-ever game.

Despite being a newcomer to the team and league, there was still an expectation that came along with being a member of the Stampeders, who were in the midst of a long run of success.

“We wanted to continue that (success) and make sure that we were finishing,” Levels said. “We wanted to make sure we weren’t just winning, that we were making it to the Grey Cup and winning as well. So being a younger guy, I really just listened to the older guys, just get in their minds and understand what the expectations and standards were.”

Calgary managed to go 13-4-1 on the year, winning the West Division and making it to the 105th Grey Cup presented by Shaw. Unfortunately for them, they came out on the losing end of the game, as the Toronto Argonauts led a big comeback in a snowstorm to capture the championship.

Fast forward to 2018 and Levels’ contributions were rewarded. He had played in a hybrid linebacker-safety role during his college career, so when injuries arose at the SAM linebacker position, they turned to him to fill the gap. He was moved around the field during his tenure in Calgary, but he enjoyed playing linebacker the most.

“I feel like I can do everything well,” Levels said. “I can cover any receiver, I can tackle any running back. When I blitz, I blitz with a purpose, so I’m not just like a regular DB, I’m going in like, ‘Shoot, if you get in the way, I might knock you back.’

“I just play with a passion. I’ve learned how to leverage and maneuver my way through being a smaller guy. That’s been a constant knock on me. ‘Well he’s only 5-foot-10, 190 pounds.’ But you can’t judge a man’s heart and I always work hard. I’ll always bet on myself when it comes to people doubting what I’m capable of doing.”

Levels and the Stamps won the West again in 2018 and returned to the championship game, which they were able to win by a 27-16 score over the REDBLACKS.

For the team, it was a measure of revenge, as they were able to avenge their loss to Ottawa in the 104th Grey Cup.

With his first professional championship under his belt a chance to hit the open market ahead of the 2019 season, Levels surveyed his options.

He wanted to opportunity to play in all 18 games as an impact player for a team in the league. The Montreal Alouettes offered him that chance, signing him to a deal on the opening day of free agency.

Levels was the team’s starting SAM linebacker to start the season. However, the season didn’t start without bumps in the road for the Als.

Mike Sherman was relieved of his duties and Khari Jones was named the team’s new head coach just a week before Montreal’s first game of the year. In that first game, Antonio Pipkin went down with a long-term injury and Vernon Adams Jr. was inserted as the new starter. 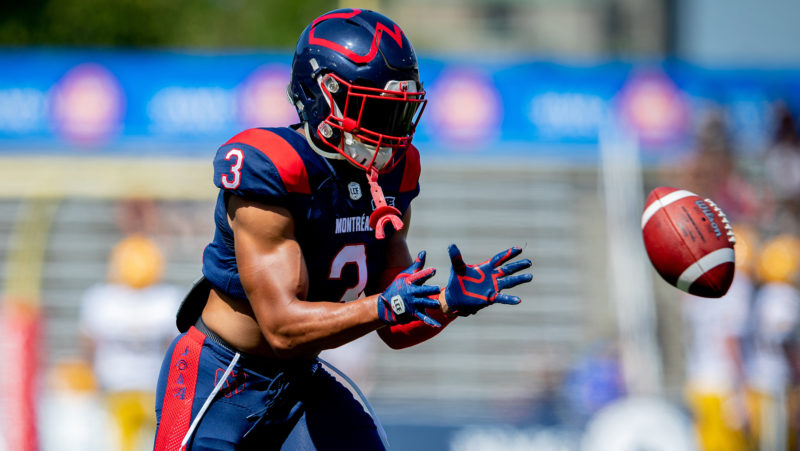 To top it all off, general manager Kavis Reed was relieved of his duties just a month into the season.

“It just felt like every week, something was happening,” Levels said. “Coach Sherman was fired and then a few weeks in, Kavis is fired. But everyone loves coach Khari and everyone was happy to see that he was promoted. So that wasn’t something that hurt to us, it was more of a gift. It brought everyone’s energy up.

“The team as a whole got uplifted because he kind of took his ball and said, ‘I’m not going to try and be anything crazy, but I’m going to set a standard that we’re here to win football games, regardless of what anyone thinks about Montreal.”

Levels was joining a defence that already had veteran leadership, with John Bowman and Henoc Muamba being in the room. Despite that, he quickly garnered the attention of his teammates and opponents alike due to his strong play and leadership while locking down his section of the field.

He was named an East Division All-Star for his efforts after finishing with a career-high 86 tackles, five sacks and two forced fumbles while playing in all 18 games.

“It was tough because Henoc was looking at me like, ‘Hey, I’m the leader, but you’re the heart and soul. Wherever you go, that’s where we’re gonna go,'” Levels said. “I wouldn’t say there was pressure in that regard, but with my whole defence relying on me every week to be that high-energy, explosive, lockdown guy, that was the pressure. To make sure that I was being the solid player that I am.

The Alouettes finished the season with a 10-8 record, which earned them the second seed in the East Division and their first playoff appearance since 2014. There were only four members of the team that were in Montreal when they last appeared in the postseason.

However, the Als looked like they were having fun every time they were on the field. It also didn’t hurt to have the likes of Levels, Campbell and Ciante Evans — who all had championship experience from Calgary.

Despite dropping the Eastern Semi-Final to the crossover Edmonton Eskimos, you could just feel that there was something special brewing in Montreal and that the team was on the up and up heading into the future.

Despite that, Levels was out of contract once again and free agency loomed. He said that he was looking to stay in the East, and while he had a number of interested suitors, the Hamilton Tiger-Cats were the team that landed the coveted young linebacker.

The Tabbies were able to maintain their core players on defence while adding some true impact players to the fold. Specifically, at linebacker, where Levels and Larry Dean will join up with Simoni Lawrence.

“I just play with a passion. I’ve learned how to leverage and maneuver my way through being a smaller guy. That’s been a constant knock on me. ‘Well he’s only 5-foot-10, 190 pounds.’ But you can’t judge a man’s heart and I always work hard. I’ll always bet on myself when it comes to people doubting what I’m capable of doing.”

Along with their strong defensive line, Hamilton boasts arguably the best front seven — and defence as a whole — in the entire league heading into the 2020 campaign.

Hamilton now has three divisional All-Stars patrolling the second level, and with Dean’s leadership ability, Lawrence’s intensity and Levels’ energy and heart-and-soul mentality, they’re a trio that will strike fear in opposing offences.

“When I watch those guys play, I admire both of their games. We play a gladiator sport; If you get in the way, you’re going to get hit,” Levels said. “I feel like both of those guys are going to elevate my game. Me with that tandem is scary, and then with the front seven and the secondary, where are you gonna go?

“That’s going to be my question. Where are you going to go?”

The Ticats now have the unfortunate distinction of having the longest championship drought in the league, but with their strong off-season, it’s not hard to see them being the class of the East once again this time around.

One thing is for sure, they’ve got the hunger to win that elusive championship and for Levels and his new teammates, it’s going to be all gas, no brakes heading into 2020.

“I wanted to go to a hungry team and just from being in that position a couple years ago, I know that these guys want to get to that peak and get it back right,” Levels said. “They want to get back there and salvage what they feel they should have already had, and I definitely want to be a part of that.