Ferguson: Celebrating what could have been in the 2020 U SPORTS season 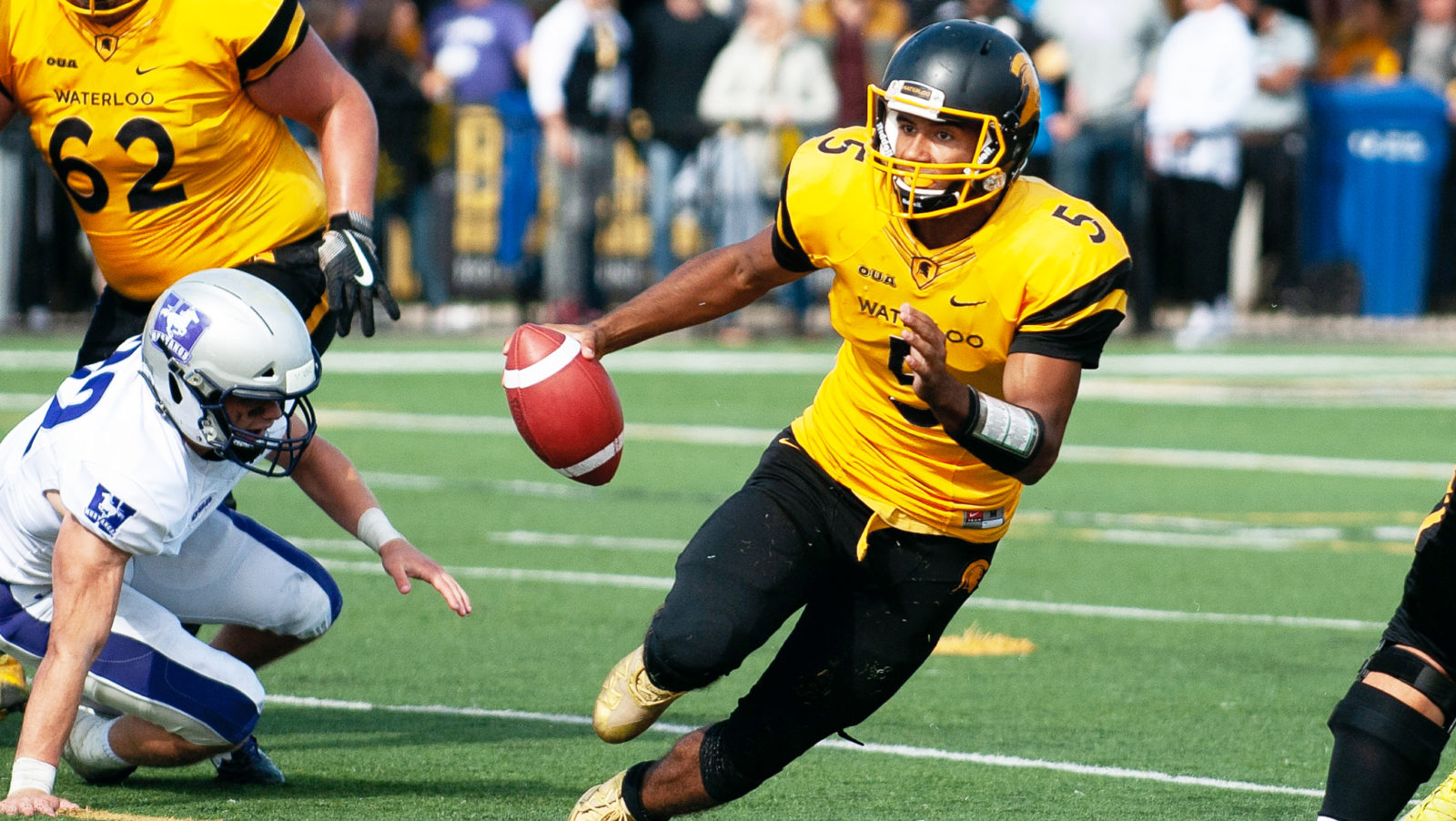 Ferguson: Celebrating what could have been in the 2020 U SPORTS season

While the potential for a CFL season still hangs in the balance, its natural feeder system and all the moments that connect the two effectively came to a premature close on Monday when U SPORTS officially cancelled its six 2020 fall national championships. That of course, includes football.

Canadian university football is already criminally underappreciated and unfairly diminished by those who don’t — or can’t be bothered — to understand why this announcement hurts so many people in so many places across our great country.

That being said, without any medical or health policy expertise, it’s easy to see why the decision was made. Most, if not all, universities across Canada are already deep into planning for an exclusively online fall semester with little to no campus or residence availability.

At this point you might be thinking, “Who cares? Quarantine them like the NBA at Disney or the CFL hub city models being tossed around in the news.”

I’ve already seem some on social media clamouring for more vision, alternatives and answers with this opinion.

While your enthusiasm for U SPORTS football is greatly appreciated, the reality of the Canadian university game makes any of the pro return to play models impossible.

RELATED
» Steinberg’s MMQB: Cashing in on the ‘Money List’
» U SPORTS cancels 2020 fall championships due to COVID-19
» Ferguson: What Jalen Saunders to the REDBLACKS could mean 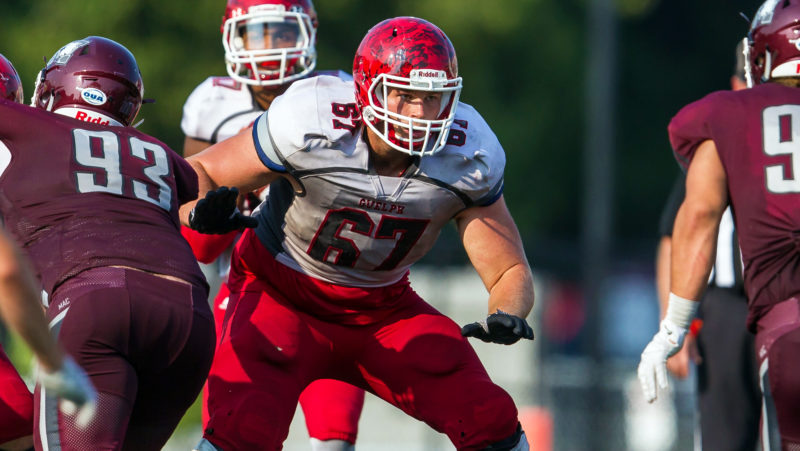 Guelph’s Coulter Woodmansey was the highest-picked U SPORTS player in the 2020 CFL Draft. Scouting the class of 2021 will prove to be a challenge for CFL scouts (Kyle Rodriguez/University of Guelph)

Many schools use residences on campus for housing players before transitioning them into their permanent residence for the academic year. Throw them into teammates houses? Packing already oft-crowded student housing with more bodies who are wandering around in large numbers to and from football facilities with teammates from all over the country is anything but ideal.

Aside from the obvious dangers of exposure to long-term health and difficulty in keeping training facilities, locker rooms and travel arrangements virus-free — which would require more attention to detail and staff than are employed by U Sports teams — the fact remains that U SPORTS football operates at a financial level stratospheres away from any major pro theory you’ve heard floated recently.

Tie all of that to the stringent nature of many cautious academic institutions even at non-pandemic times and it’s easy to see why U SPORTS football was just never going to get off the ground in 2020.

There is no UFC-like institution in U SPORTS football pushing the boundaries of social acceptance in quickly returning to action while health care workers spend countless hours caring for those in need.

As a result, we arrive at a place with no Vanier Cup since its inception in the early 1960’s. More than that, we lose out on the stories and performances that make Canadian university football so unique.

No ridiculous Hec Creighton Trophy-worthy seasons like Andy Fantuz in 2005.

No unlikely, but charming playoff runs like Mount Allison in 2014.

No finally getting over the hump for a championship like Calgary just last November.

We are collectively robbed of watching players tantalize us weekly in the two-month sprint that is the U SPORTS football regular season.

Waterloo standout quarterback Tre Ford finished 2019 with 2,158 passing yards and 13 passing touchdowns while dazzling with 67 carries for 634 yards and six rushing touchdowns. I couldn’t wait to see another year of development and progression from him.

How about McMaster quarterback Andres Dueck? A big name recruit from Winnipeg, Dueck finally got the chance to take the controls of Stefan Ptaszek’s Marauders last year and turned it into a Yates Cup victory at Western before crashing out to the eventual Vanier Cup champions in the Calgary Dinos. Dueck’s fourth year is no more.

Saskatchewan Huskies running back Adam Machart finished the 2019 season as a Hec Crighton finalist and the leading rusher in the country with 195 carries for 1,610 yards and 9 touchdowns. Behind a big, motivated Huskies o-line, Machart would have been the odds on favourite for another Hec Creighton nomination.

As for teams that could have made noise, there are a few that come to mind although the competitive balance amongst Canada West and the OUA could have opened the door for a surprise name or two.

The Saskatchewan Huskies with a dominant running game and defence powered by 2019 President’s Trophy winner Nelson Lokombo would have given Calgary trouble out West, while McMaster’s chase for a Yates Cup repeat could have met stiff competition from Western, Waterloo and Ottawa among others.

In Quebec, the RSEQ’s Dusmore Cup would have been all about whether the Montreal Carabins could still challenge Glen Constantin’s Laval Rouge et Or without Danny Maciocia at the helm. Or would they stay above the lingering flames of Sherbrooke, Concordia and McGill?

In the AUS, Acadia would have likely controlled their destiny with a plethora of talent, but with some key pieces possibly moving on to the CFL or the working world, assuming anything could have made us all the fool.

The names are endless, the team potential limitless but it’s all done for 2020 before it ever got started.

The nature of university athletics is that players advance, graduate and move on. Few and far between will be the players who alter their academic plan to extend a stay in U SPORTS football, meaning the storylines we thought we knew going in will never be the same when it returns in 2021, whatever shape it might take.

“There is nothing like it and those players deserve better, but like so much in life right now from births to funerals and everything in between, not being able to gather and appreciate what we so often took for granted hurts more each day.”

As a result of all this, the 2021 CFL combines and draft have also been greatly affected, with less film on players or understanding of how their bodies will react to a full year without football before turning pro.

What I do know is this: There are thousands of dedicated, talented football players across Canada that had their hearts ripped out on Monday by the pandemic and the resulting announcement. Ten years ago on Monday, I was spending the best summer of my life training five days a week with a group of young men I’d be lucky enough to call teammates and friends for life when we’d stand atop the Vanier Cup stage that fall.

There is nothing like it and those players deserve better, but like so much in life right now from births to funerals and everything in between, not being able to gather and appreciate what we so often took for granted hurts more each day.

While they won’t get their due appreciation this fall, I do want to recognize just some of the names eligible for the CFL Draft next year that would have played a large part in your U SPORTS football fall as compiled by Canadian Football Perspective’s Connor O’Neil.

These names could receive a waiver to extend their fall athletic eligibility for another year, but their academic standing won’t press pause the same way. Even if this happens, scholarships from many programs have been dispersed in principle to incoming recruits, many of whom have already committed and been announced.

Could a returning max scholarship fifth year player result in the awkward removal of a first year recruit’s scholarship due to tightening athletic department budgets? Does that make a financial situation lose enough appeal to an incoming recruit that they’d rather play elsewhere – requiring the messy process of a transfer – or not at all?

Here’s hoping they receive eligibility, time, coaching and the patience to ride this crazy wave into better and brighter times.