Steinberg’s MMQB: Making the best of a difficult situation 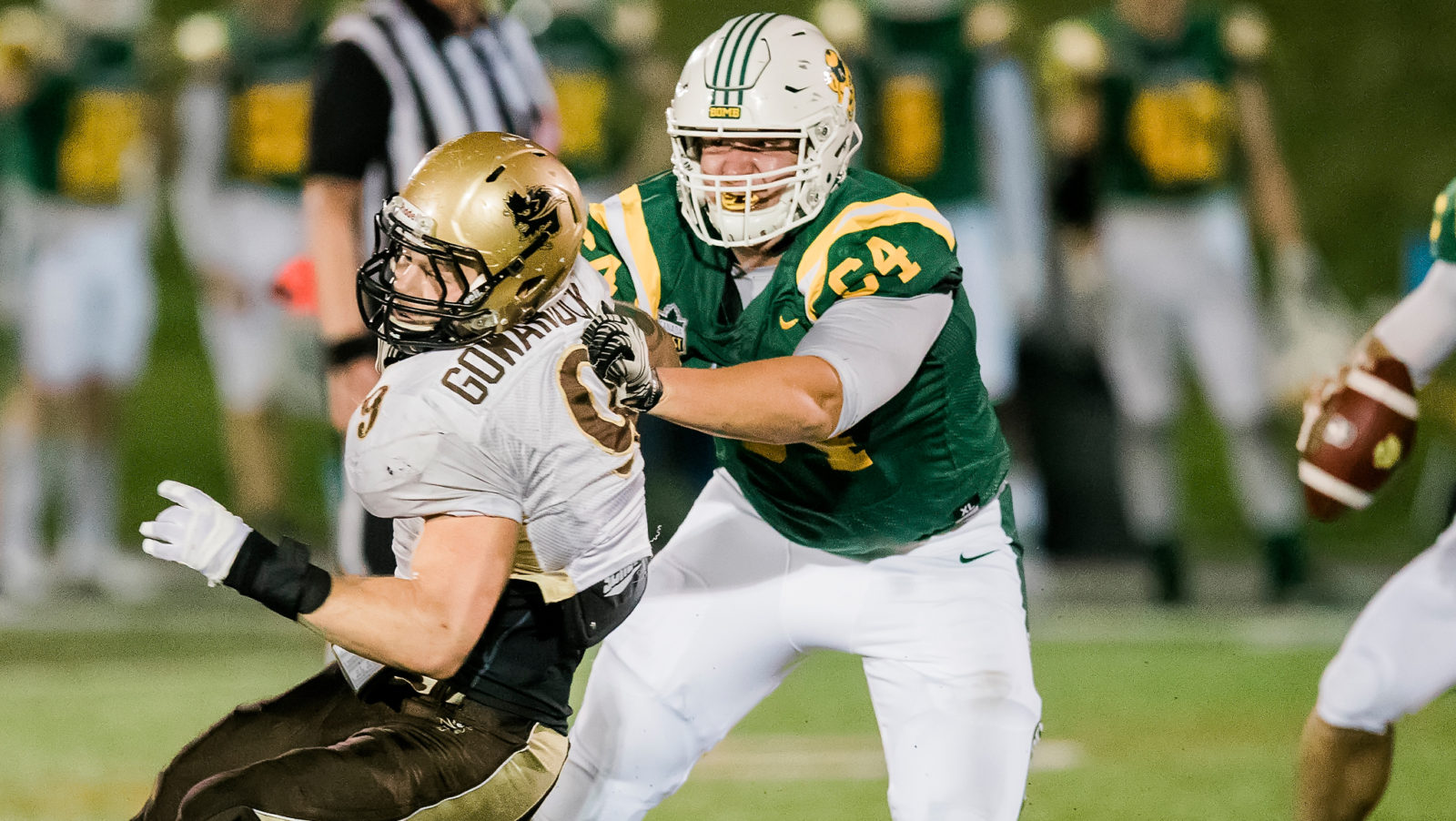 Steinberg’s MMQB: Making the best of a difficult situation

Most understood the reasoning when U SPORTS announced the cancellation of their fall athletics schedule last week, but it didn’t make the news any easier to take. As a result, Canadian university football won’t have a formal season and we won’t see a Vanier Cup champion for the first time since inception as the Canadian College Bowl in 1965.

The decision has a sweeping affect on football in this country, all the way to its highest level in the CFL. More than anything, though, it’s a difficult piece of news to digest as a Canadian college player who will be losing an entire season of high-level football. That’s tough to take across the board, whether U SPORTS is the end of the football road or the stepping-stone to the next level.

“It definitely was a shock,” said University of Calgary head coach Wayne Harris when I chatted with him last week. The defending Vanier Cup champs will now hold their crown a little longer than expected and Harris admits this next year will be a difficult one.

“We weren’t expecting an announcement quite this early. We knew this was definitely a possibility, it had been a topic of discussion among coaches for a long time now. For a few months we’ve been having meetings about the different possibilities and ramifications and what the fall might look for us under the current conditions.

“It’s definitely a very challenging time and the ones I feel the most for are our players. They’ve worked so hard, our guys were training and really preparing themselves to defend that national championship and we felt we had a really good shot at it.”

Crucially, U SPORTS ensured all fall athletes, football or otherwise, wouldn’t lose a year of athletic eligibility with last week’s announcement. That’s important, but still means hundreds of football players across the country will be losing an entire year at an important stage of their development.

“It’s important they don’t burn a year of eligibility,” Harris said. “The problem in football is we do have an age restriction rule and some of the players are in danger of aging out. We’re hoping that we’ll be able to have compassionate appeal so those players that would normally be ineligible because of their age would be able to get one year of football back in in 2021.

“(There’s) concern especially from the senior players where…are they coming to the end of their career or not? Will they be graduating this fall and maybe moving into the workforce?”

There are so many unanswered questions at this point. One of those surrounds the ability for CFL scouts to get an accurate read on the 2021 Draft. Even if the NCAA is able to go ahead with a football season, which remains up in the air, much of a given year’s class comes from Canadian college football. For instance, 57 of the 73 selections in last month’s 2020 Draft came from U SPORTS.

Similarly, much is unknown about what type of football related activities might be allowed in the absence of a season. One of the main difficulties stems from varying pandemic conditions in different parts of the country. Case numbers have been low in Western Canada for some time while, despite higher numbers, signs have been encouraging in Ontario and Quebec of late.

Could there be full-fledged practices come September? What about the potential for a handful of regional exhibition games so players can get even a little bit of live action in? It’s all up in the air, but according to Harris, it’s also on the table.

“We’re monitoring the current climate of what is happening in Alberta and across Canada. We’re hoping to still be able to offer some form of football. We just know it won’t be a season or any type of playoff structure. We’re just looking at what would be worst to best-case scenarios. Hopefully we will be able to resume training soon with our strength and conditioning programs.

“If things continue to progress in a positive way and the governments continue to lift restrictions and allow for more activities…then hopefully we’ll be able to resume some sort of practices and meetings. If things really get underway, then possibly we might be able to follow up some of those with some exhibition play with some of the other teams. Now that’s still a long shot, a long ways away, but we’re trying to be optimistic and hopeful that, you know, we will be able to return to something. It just isn’t going to be a formal season.”

Whatever is decided, we’re already in the midst of an unprecedented year in Canadian football. In normal circumstances, we’d be looking back at Week 1 of the CFL season and now we’re looking ahead to a year without formal college ball.

It has been a tough go the last few months, but things are trending in a positive direction. It’s not easy making the best of a difficult situation, but there’s really no other choice. And it seems like everyone involved is committed to doing just that.

On the positive side of things, news has been more encouraging of late we might yet see CFL football in 2020. Commissioner Randy Ambrosie expressed optimism to TSN’s Rod Smith last week a shortened season could be played this year. Similarly, Farhan Lalji has been keeping on top of the story and had promising news on Sunday afternoon. Nothing is guaranteed, but it’s nice to have a little forward momentum.

Finally, our 2020 Money List will return next week to put a bow on things. We just need to fill out our group in the defensive backfield, which has a very notable trend to it. As a bit of a teaser, all three positions of cornerback, halfback, and safety were tied to one team in 2019. Looking forward to finalizing things next Monday.