CFL Game in 40: Reminiscing on the Western Semi 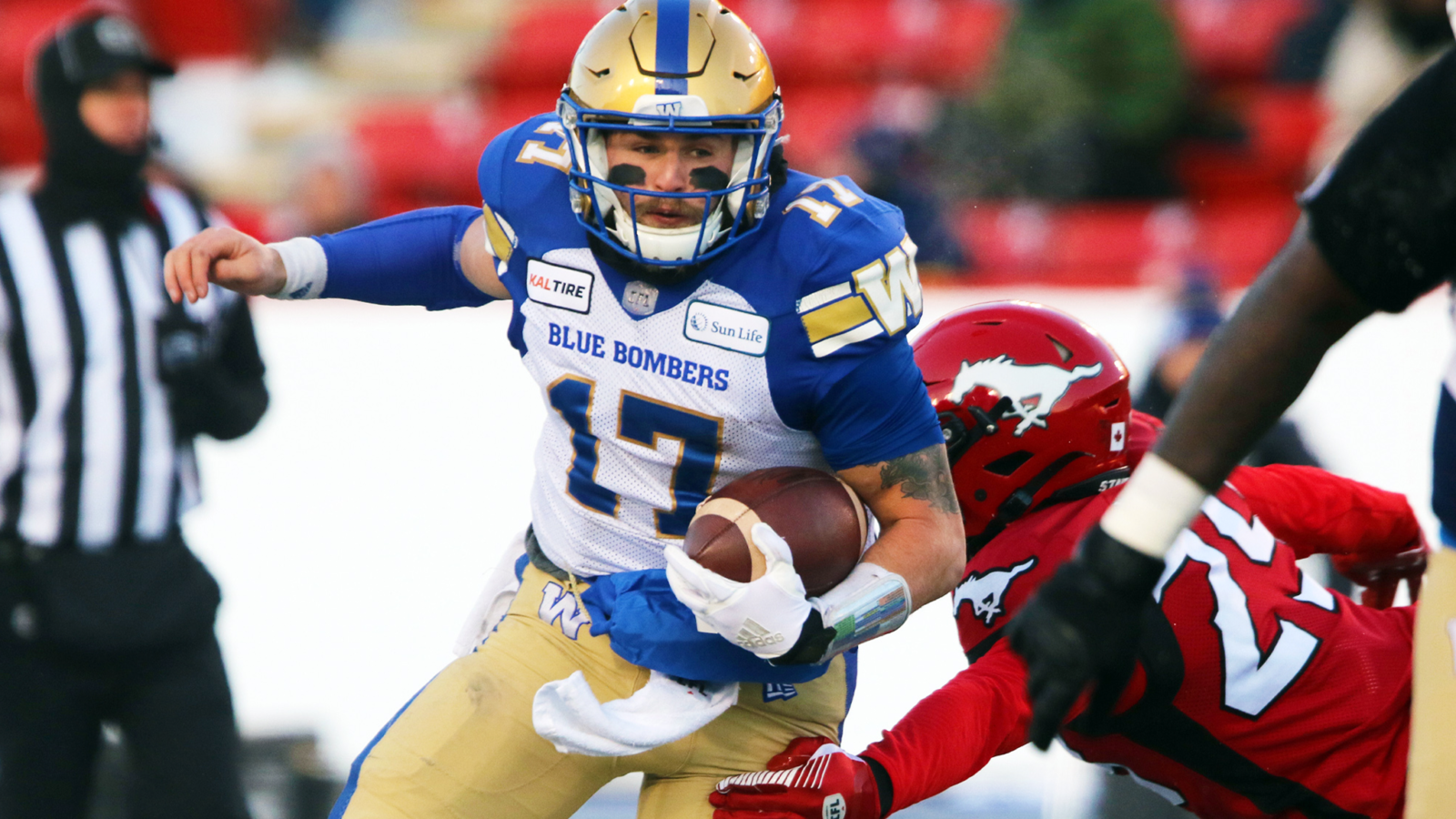 CFL Game in 40: Reminiscing on the Western Semi

I remember sitting in the press box at McMahon Stadium late last November. I was there for the Western Semi-Final, where the Calgary Stampeders were hosting the Winnipeg Blue Bombers.

I had covered both teams all week leading up to the big game on Sunday. I had talked to a number of players on either side. Both squads were extremely confident. Both believed they’d move on to the next round of playoffs, where the Saskatchewan Roughriders were eagerly waiting.

As I sat watching, I was quite cold, with the windchill it was around -18 celsius. My fingers struggled to type on my laptop as I was writing the recap of the game. I wondered if the cold bothered the players on the field, who didn’t have the luxury of sitting inside a press box like I did.

During the week when I was doing interviews, almost every player said that the cold didn’t bother them. They said it didn’t matter. But when game time came around, I wondered if that was really true.

So I asked Nic Demski, who was on the field that day helping his Bombers to victory over Calgary, about it this week.

“It wasn’t too bad. I mean, we had to practice in it all week,” Demski said over the phone from his home in Winnipeg on Wednesday. “You just look at the weather, three, four days prior to the game and you just have to understand it’s going to be a cold one and it’s playoffs, so you can’t let it affect you.

“I feel like it was more of a mindset than anything. O’Sh (Mike O’Shea) talked about it the whole time. (He said) ‘don’t let the weather define your game play’ and that was something we talked about in the locker room before going out there. We put it behind us and we just went out and played football. It didn’t have too much of an impact on us.”

With the cold out of their minds, the game plan for the Bombers during this playoff contest was simple: run the ball. Whether it was Andrew Harris, Demski or QB Chris Streveler, Winnipeg effectively pounded the rock against the Stamps, especially in the second half. Streveler, who had just two carries for 10 yards in the first half, finished the game with 82 and a touchdown on 13 carries. Harris finished with 57 and Demski collected 53, along with his major score.

“We had a great game plan going into that game,” he said. “As you said, with Chris, Andrew and I, it was a lot of running. Our o-linemen did a great job, the receivers did a great job blocking and when we needed to make the big passing plays, we did. With Darvin’s big touchdown for example, it was just a good game plan I thought. We kept Calgary on their heels, even though our game plan was a lot of running involved.”

Included in that running was Demski’s touchdown in the third quarter. At the time, the Bombers were trailing 14-8. After back-to-back runs from Streveler, a QB sneak on third down followed by a seven-yard gain on first, Demski found an opening and dashed into the end zone for the first of three Bomber TDs in the second half.

“We ran that play probably 20 times that season, so we’re pretty familiar with it,” Demski remembered about his 33-yard touchdown run. “I shifted from receiver to the backfield and then all it was was the inside zone. Our o-linemen did a great job. They created a cutback lane so I cut back. I think the middle linebacker kind of lost me so I just had to make a move on the safety. I made a cut on the safety and then after that all I remember is just running to the end zone as fast as I could.”

Not only was the Bombers’ offensive plan executed almost perfectly, their defence was as well. As a unit, Winnipeg’s defence held Bo Levi Mitchell and co. to no points in the second half. Mercy Maston, Mike Jones and Nick Taylor all had interceptions in the game as well.

“Two touchdowns in four quarters in a playoff game is absolutely unbelievable,” Demski said of his team’s defence. “Just with what they were doing and making plays and even with their interceptions. All playoffs they were amazing. I’ve said this time after time that our defence was the MVP of our playoff run and I really mean that.”

You can catch this week’s CFL Game in 40, the Western Semi-Final between the Bombers and Stamps, on CFL.ca on Thursday at 8:00 p.m. ET.