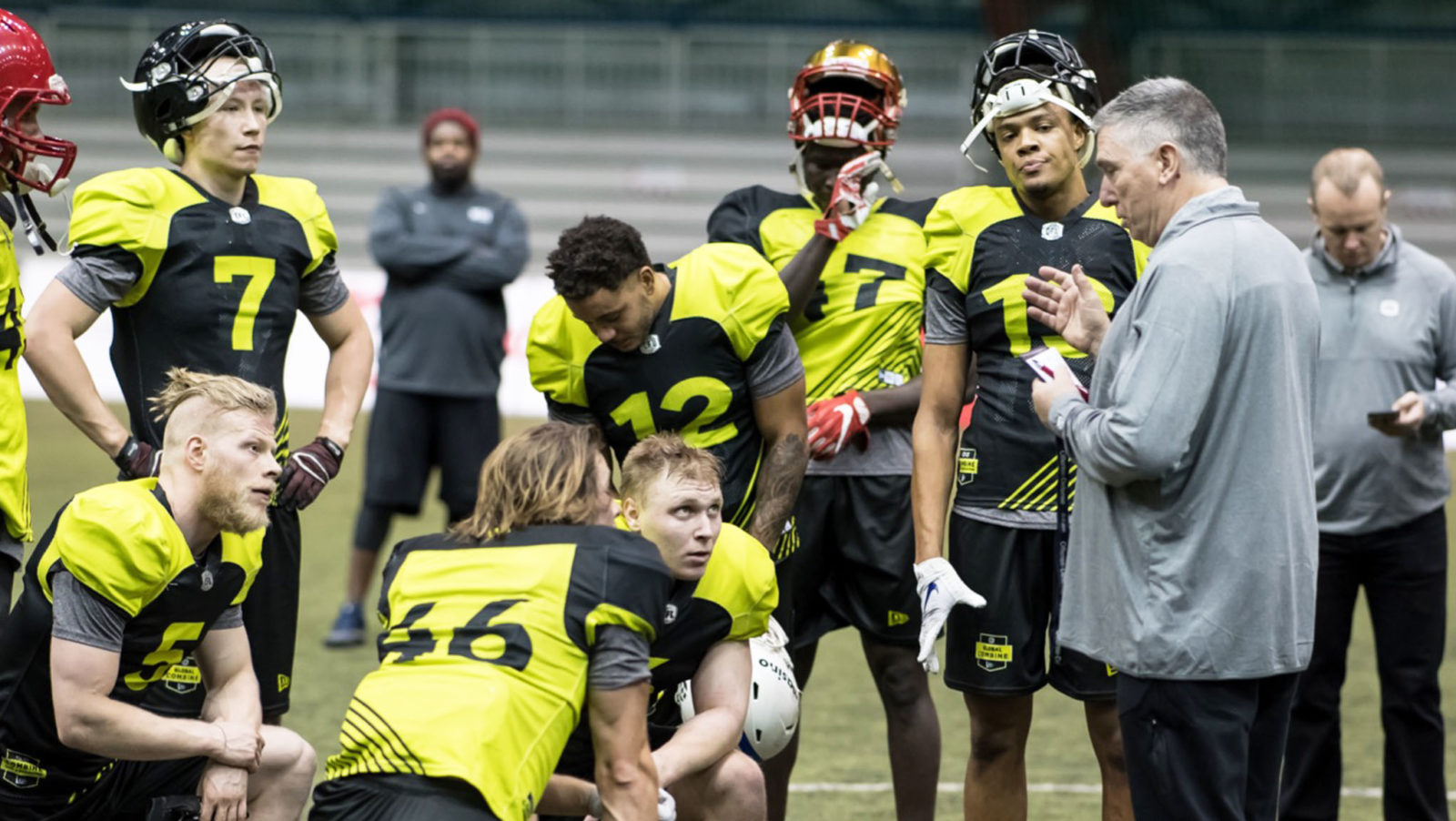 When Greg Quick took on the job of global director of scouting for the Canadian Football League midway through last year, little did he realize the herculean scope of the job.

He was literally given a world of football players to identify and evaluate.

Since that day, he has now scouted almost 400 players from 34 countries all over the world. He hasn’t just seen all these players, but scouted them. Microscopically. He and his crew have been identifying players that would be a good fit for the CFL.

“I think we have one million seconds of video on players and 2,000 pages of documentation. We probably have the most extensive video library in the world of football players. We have film of the German Football League, Japanese college and X League and much more,” he said.

The 63-year-old native of Plainsville, Ohio, seems ideally suited for the role of finding the best players from throughout the globe to play in the CFL.

MORE FROM ROGER KELLY
» Adam Rita continuing passion for coaching in retirement
» Lucky 13: How Czech-Canadian DE Alain Pae landed with the Esks
» From the Bergamo Lions to the Grey Cup: Danny Maciocia’s time in Italy 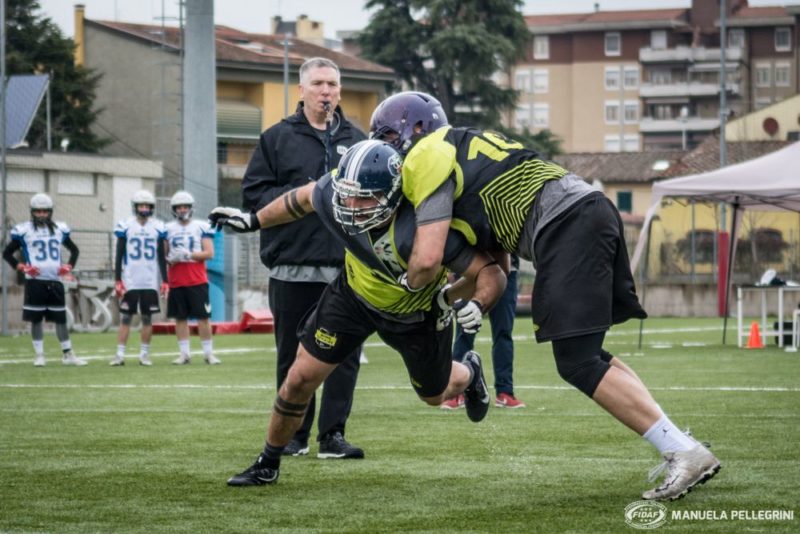 Greg Quick, the CFL’s director of global scouting, looks on during drills in Florence, Italy on January 24, 2020 (Manuela Pelligrini/CFL.ca)

In other words, this latest role would seem to be the perfect fit.

And although the coronavirus pandemic has brought all sports virtually to a standstill, Quick continues to work.

For him, it just means more time to study film and pore over stats to try to identify players both for the upcoming season and beyond.

Quick has literally scoured the globe, looking for the best players outside of North America for the CFL’s nine teams. He’s done it with a small team that includes the CFL’s coordinator of global scouting Lawrence Hopper, video assistant JohnPaul Perri and Dan Rambo of FBXchange. CFL CFO and head of football operations, Greg Dick and Ryan Janzen, the associate VP of football operations have been along for the journey as well.

“It’s tough to find the words to describe the work these people have done. They have jumped in everywhere to help at every destination no matter what the task,” Quick said.

Either in person or on film, he and the crew spent the early portion of this year assessing the talents of players all the way from across Africa, to the Caribbean, South and Central America, Asia and Europe.

“We have traveled around the world one-and-a-half times and reviewed almost 400 players, hundreds more than in the combines,” Quick said. “We are truly experiencing the ‘globality’ of the game throughout the world today.”

Rambo, who has been tracking players the world over for the past decade through FBXchange, has built up a vast library and is well-versed in the job of finding talent hidden away in the most obscure places. He is extremely impressed with the work Quick and his crew have accomplished in such a short span of time.

“Greg has done a fantastic job. He has progressed so quickly,” he said. “As a former coach, he already knew how to evaluate a player for his own needs but now he is meeting the needs of nine teams. And he is so easy to work with.”

As the word spread about the globetrotting CFL crew, a request came in to hold a combine in Brazil, so that destination was hastily added to the tour. The final combine was set for Mexico City, but the tour was halted before the final event could be held due to the coronavirus pandemic, then shutting down all football worldwide.

Throughout this grueling trek, and trek it definitely was, Quick was doing more than simply assessing players. He was building valuable relationships. Thanks to his extensive coaching background, he stepped in to help coach players so they could achieve their best results. According to Felipe Pereira, the Brazilian federation’s Chief International Relations Officer who organized the combine in Brazil, Quick — or G.Q. as he’s often called — was an inspiration.

“He understood the cultural differences and adapted as fast as he could to be able to deliver his message to all the players participating in the combine,” Pereira said.

“He always gave a very positive message at the end of the drills and one of these messages was that he felt the heart and passion in the Brazilian players, which is something you can’t teach. It’s better at times to have that passion over skills, because skills you can learn; the passion, not always.” 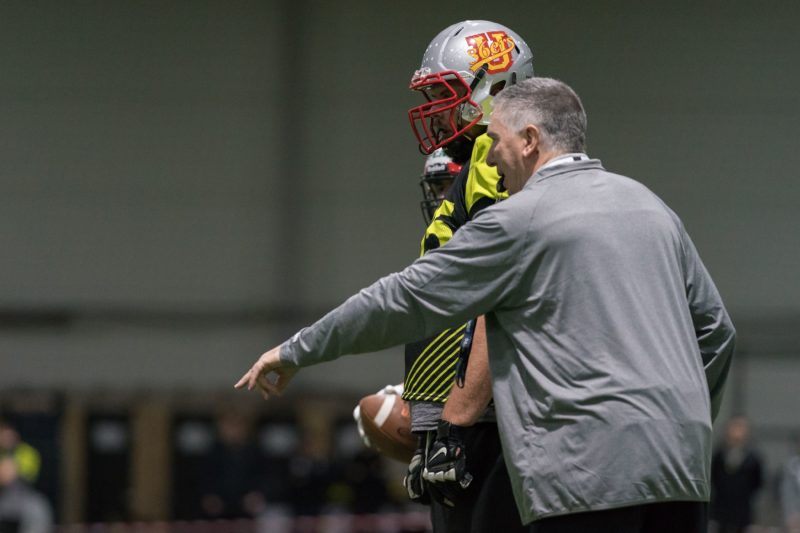 Quick, seen here working with a prospect at the Swedish combine on Jan. 12, 2020 (Jonas Domfors/CFL.ca)

Greg Dick was impressed with G.Q. right away during the interview process, which also involved all the CFL general managers.

“Greg was the only non-scout we interviewed for the job and it was his coaching background and ability to build relationships that really struck us. He was our unanimous choice and he lived up to our expectations,” Dick said.

“We thought he could do the job well and he was even better than we thought.”

Quick himself naturally plays down his own efforts, preferring to continually point to the work of the people around him.

“I have had an amazing group of people to work with from Lawrence and JohnPaul to Greg, Dan and everyone else. We have been working in concert and it has been so energizing,” Quick said.

“We can’t forget that anytime you have a chance to leave a footprint on Earth like this, you have to take it. This has been an unmatched opportunity and nothing feels more rewarding. To be able to find these young men and give them a chance they otherwise may never have had is truly remarkable.”

To say he believes in the work he is doing and the future of CFL 2.0 is an understatement.

“This initiative has brought the football world together in a way no one would have thought possible. The support we have had worldwide has been stunning and the level of professionalism as good as anything I have ever seen,” he said.

“We would not have been able to get the amazing quality of players without the help of our global gridiron football partners. This ‘global invasion’ will strengthen the CFL and advance the tradition of the league. This is no longer just CFL 2.0 now. It has gone way beyond that. “