O’Leary: Looking past the familiar a key to All-Decade voting 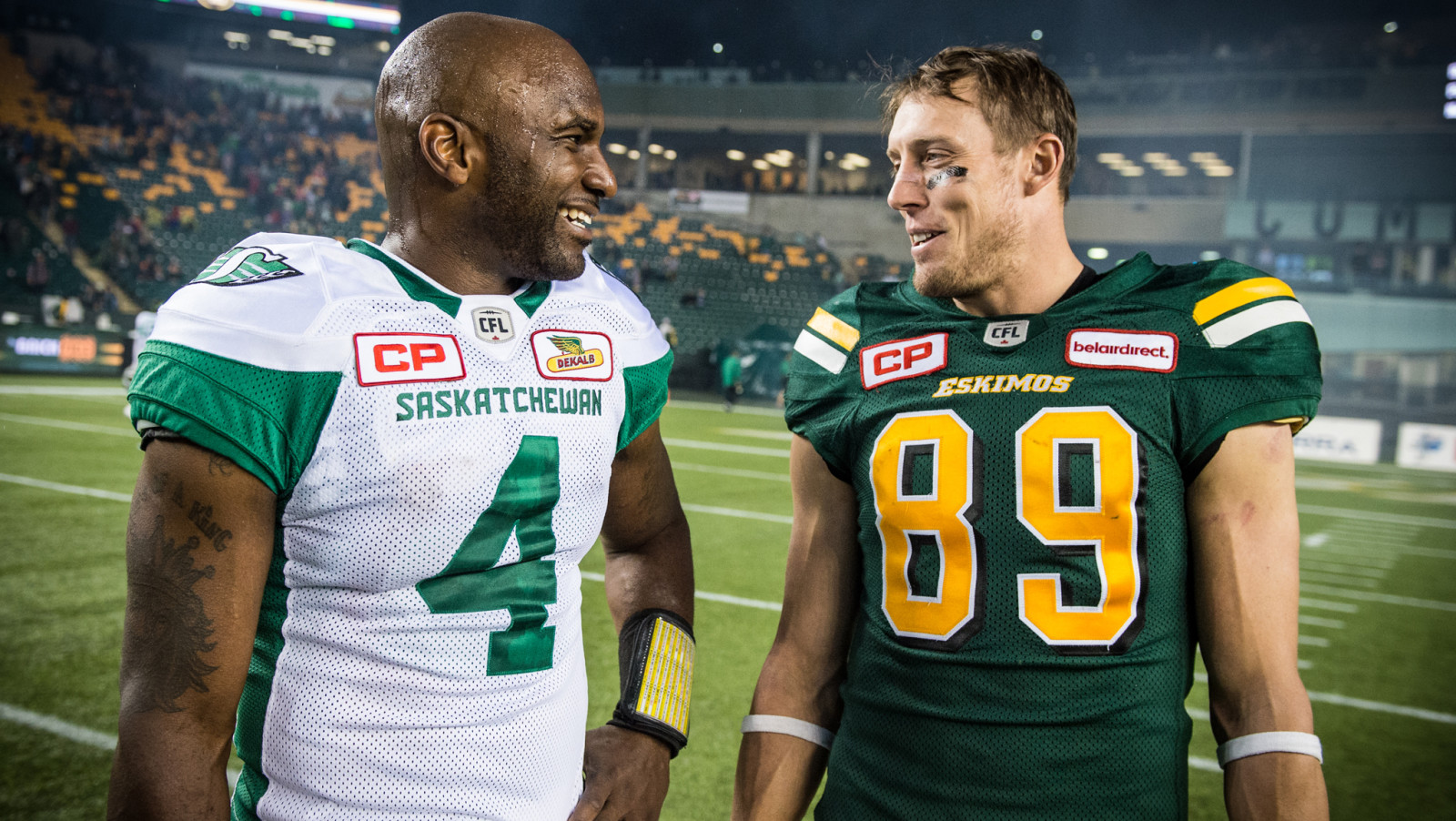 O’Leary: Looking past the familiar a key to All-Decade voting

Scrolling through the list of nominees, your eyes will take you to the familiar names first.

As you look at the players that are on the ballot for the All-Decade Team presented by LeoVegas, whether you’re a fan, a member of the selection committee or a media member placing votes, the players that you saw the most or connected with will be the ones that enter your mind first. That can be a challenge when you’re making picks on a broad, league-wide scale.

That hit home for me when I looked through some data on the receivers that are on the ballot. S.J. Green’s name sits atop of the list of the most productive receivers over the last 10 years, with 9,689 yards and 57 touchdowns through 157 games played. Adarius Bowman is second on that list, with 8,208 yards and 40 touchdowns in 117 games. My eyes ran down the list and stopped at the ninth-most productive player, Fred Stamps. I covered Bowman and Stamps in Edmonton for almost five full years. I’ve spent the last three years around Green in Toronto.

Where your eyes take you on a list doesn’t guarantee any person a vote — though Green and Bowman have made very solid cases to be two of the five receivers checked off on the ballot — but that familiarity is something that you need to be aware of. Again, whether it’s as fans, media or if you’re a former player on the selection committee that may have played with some of these guys, your eyes and your mind naturally go to what’s familiar. You just can’t let it stop there.

Hamilton Spectator columnist Steve Milton figures there are 20 to 30 media members across the country that are at a team’s practices daily.

“If you go to practice every day,” he said, “then you also see what (players) do in practice. And that’s not fair because you don’t see what the other players (across the league) do.

“So when I see an execution — we’ll say by Luke Tasker who’s a sleeper, right — because I see him every day and I see what he does on the job and then I see him be one of the smallest in-traffic guys in the league over time, then there’s a bias there from having seen that all the time.

Rob Vanstone grew up in Regina watching the Roughriders and has spent his adult life writing about the team. So in the same way that Milton probably finds Hamilton players on the list first, Vanstone first sees the guys from the green team.

“That’s a tough one because you’ve really got to try and change your mindset to ensure that if somebody plays in Montreal, they get the same consideration as if they plan in Saskatchewan and you see them all the time and hear about them all the time,” Vanstone, the sports coordinator and columnist at the Leader-Post said.

“You hear about it with the Baseball Hall of Fame sometimes. They’ll say, if Player A had played in New York as opposed to Kansas City, he’d be in the hall. It’s sort of a front-of-mind issue. I don’t want to automatically default to, ‘I saw this guy play a ton and therefore he’s on the list.’ Brendon LaBatte, I don’t know how you don’t put him on there considering everything he’s done since 2008. The Brendon LaBattes of the world aren’t going to be the tough ones.

“It’s going to be, ‘OK maybe there’s a comparable player here comparable to somebody in Toronto or Montreal, but I just didn’t…I’m not as familiar with them. That’s going to be where I’ll have to reach out to some people I know and say, ‘OK, here’s Weston Dressler. Here’s Fred Stamps, how would you compare the two?’ Then you can factor some longevity into it.”

The other issue that Vanstone said he’s wondering about is if a Canadian player deserves recognition when they may have had a longer career than some other American players that arrived, provided a brilliant burst of a few years and retired or moved on to another opportunity.

“Do I give Brad Sinopoli a little extra weight because he’s a Canadian player? Things like that. It shouldn’t be too hard with that issue at running back,” Vanstone laughed.

“That’s the weird thing about it, it’s such a ratio-breaker to have a Canadian at running back, but there’s Andrew Harris and there’s Jon Cornish and there’s Jerome Messam. If someone told you in 2010 that it would turn out like this I’m not sure people would have envisioned it.

“The receivers, I’m glad there are more to choose from because I couldn’t narrow it down with a group with that much skill.”

The challenge in voting for a team like this will be to look beyond the familiar and get out of the comfort zones that we’ve all built up through years of football consumption. If you’re voting, you need to try to place these players in the broader picture of the past decade.