On This Day: Terry Fox does opening kick-off at an Ottawa Roughriders game

On This Day: Terry Fox does opening kick-off at an Ottawa Roughriders game

On July 1st, 1980 Terry Fox was asked to perform the ceremonial kickoff at an exhibition game between the Ottawa Rough Riders and Saskatchewan Roughriders at Lansdowne Park.

Terry was concerned, however, that he wasn’t going to be able to kick the ball. So he went under the stands and practiced a couple of times. Then he went towards the field, unsure of the reaction he was going to get. What Terry received was close to 16,000 fans giving him a standing ovation. As he kicked the ball, football players had tears in their eyes appreciating Terry’s courage and determination. 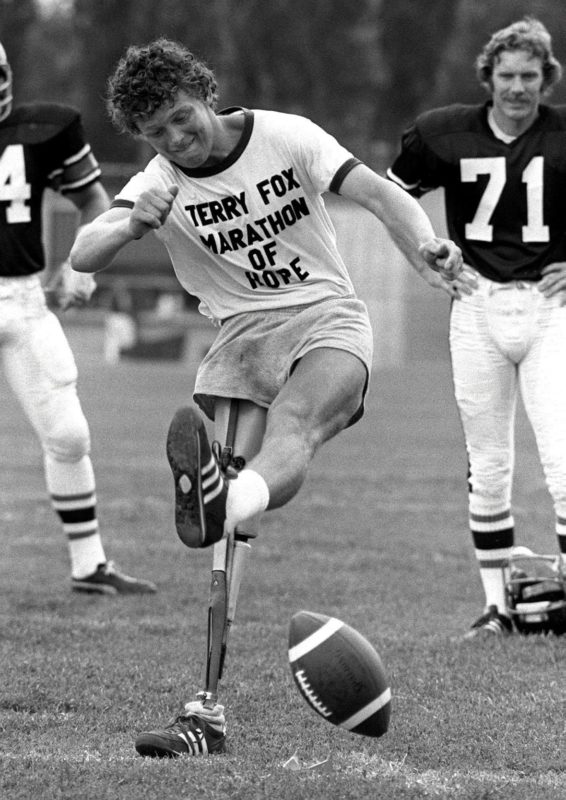 For more information or to register for the Terry Fox Run, visit terryfox.org/run/