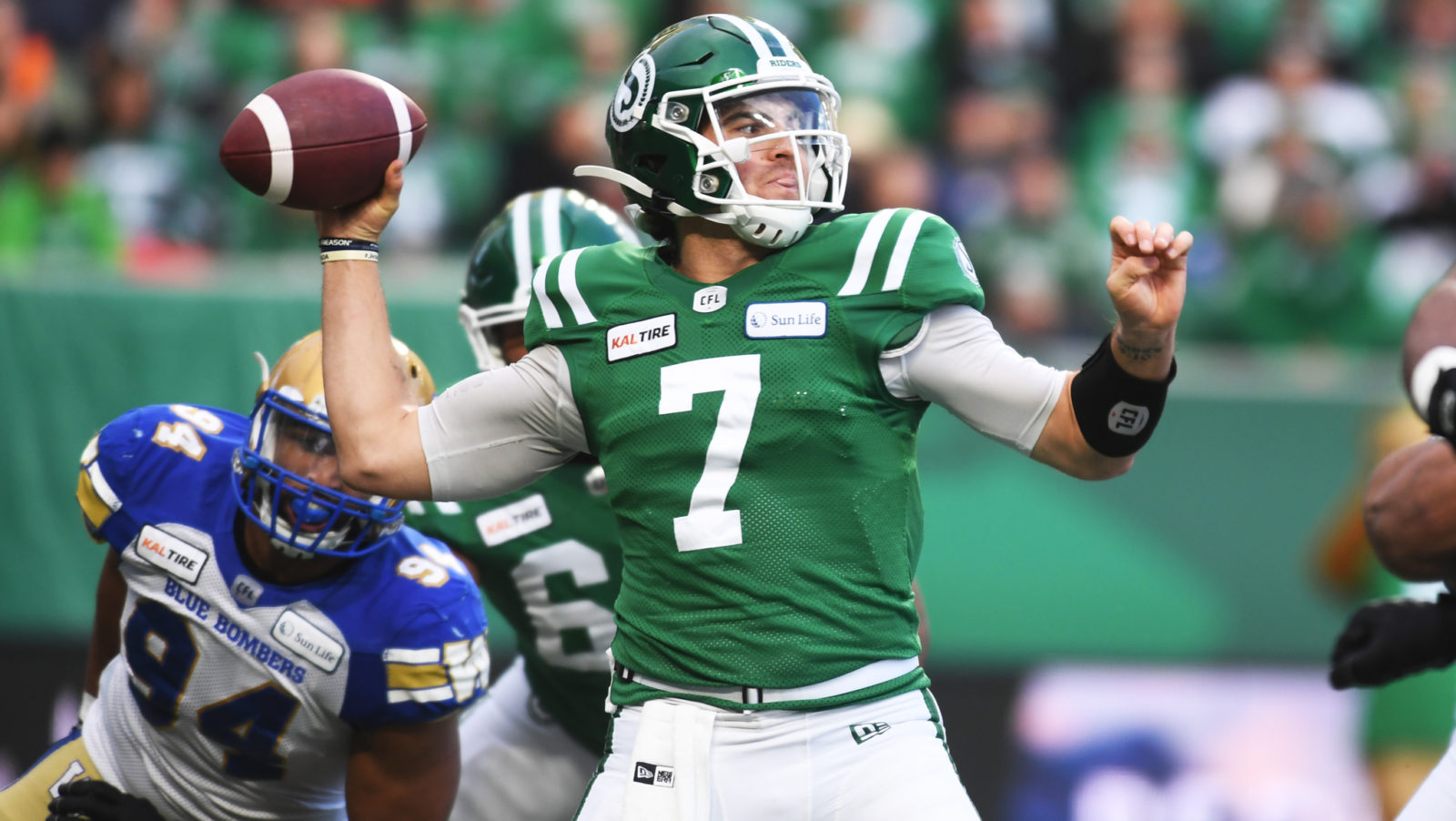 That was the sound of pigskin hitting a crossbar heard in Mosaic Stadium, and even across the country, late last November.

I was in a bar downtown Hamilton watching the Western Final with a colleague when I heard it. We had finished working the Eastern Final at Tim Hortons Field earlier that day and wanted to watch the second half of the Roughriders and Bombers game.

The bar was full of Bombers fans. They were cheering and were relatively lively throughout the entire time we were there.

Despite that excitement, they were silent on the final play of the game, when Cody Fajardo tossed the ball looking for Kyran Moore in the end zone. We all heard the doink and then a collective cheer filled the bar.

The Winnipeg fans that surrounded us were thrilled. I remember saying, ‘wow’ and looked at my colleague with my jaw on the floor as we both couldn’t believe what we just had witnessed.

I’d seen quarterbacks hit goalposts many times while watching CFL games. But to see it happen on the final play of such an important game was just plain unheard of. If Fajardo had connected with his receiver, the result of that Western Final may have been completely different.

CFL.ca’s Chris O’Leary wasn’t the colleague that I watched the Western Final with but he was definitely watching the game. O’Leary was in Saskatchewan and hear the doink in person.

“With about five minutes left in the game, I left the press box and went down to the sideline at Mosaic,” remembered O’Leary. “The Riders were down 20-13. I watched their final drive and saw a Saskatchewan fumble be overruled to an incomplete pass. I saw Kyran Moore’s miracle catch on a third-down gamble, the ball slipping through Bombers’ DB Marcus Sayles’ fingers to give Saskatchewan life. Thirty-three thousand fans were on their feet. Back to another third-down gamble, a hobbled Fajardo stood at the Winnipeg eight-yard line, his uniform looking like he’d been dragged all over the field all day.

“The crowd went from fully hyped to silent as the ball hung in the air, headed to the end zone. Then…ping! Fajardo said after the game the moment was so quiet that he could hear the ball hit the iron. It’s no 13th Man, but it was a very bizarre way for a team’s season to come to an end.”

You can re-live the Western Final and this crazy ending on Thursday night on CFL.ca at 8:00 p.m. ET.