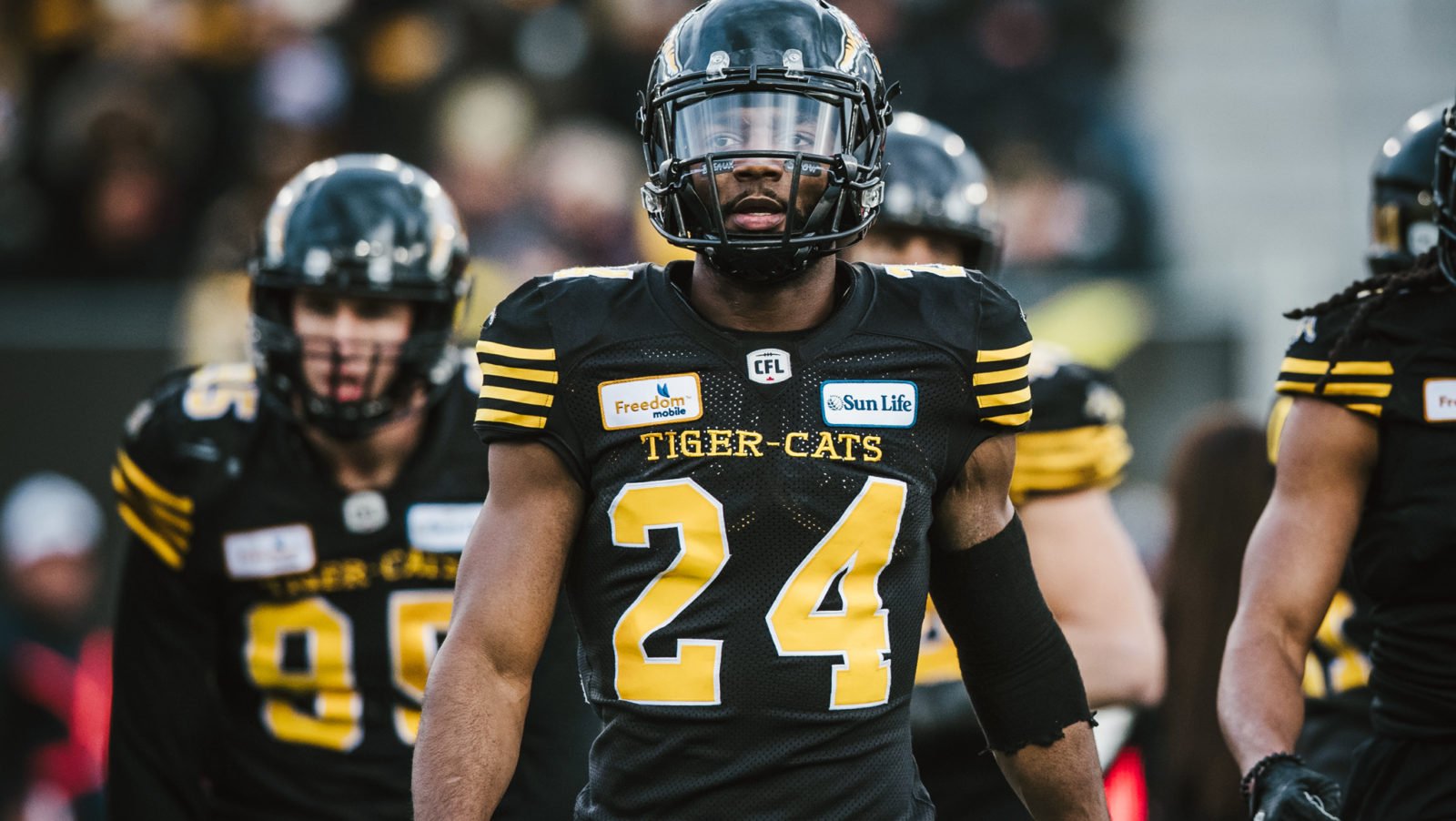 When deciding what CFL players are best at any position statistics always come into play. Running backs are often measured by 1,000-yard seasons, quarterbacks by yards thrown and touchdowns versus interceptions while receivers are judged by catches and yards.

But when it comes to deciding which defensive backs should be included on the All-Decade Team presented by LeoVegas, statistics can sometimes be misleading.

Case in point is Jovon Johnson, who had 26 interceptions between 2010-2019 playing with Winnipeg, Ottawa, Montreal and Saskatchewan. He had a career high eight picks, two he returned for touchdowns, in 2011, the year he was named the league’s Most Outstanding Defensive Player and the only season he was a CFL All-Star.

After that, the most inceptions he had in a year was five in 2015. It’s not like Johnson’s talents slipped, teams just knew who he was.

“Look at the amount of times he didn’t get thrown at,” said Bryon Parker, who played nine years in the league with Toronto, Edmonton, BC and Montreal.

“I remember a game a few years ago, we weren’t going to try to throw the ball (in Breaux’s area) because we just didn’t’ feel like it was that favorable a matchup,” said Lulay. “He wouldn’t have had an impressive stat line against us, but that was because he was doing his job really well.”

Breaux jokes about telling his mother he took a penalty in one game simply so people noticed he was playing.

If people aren’t throwing at him, Breaux knows he’s doing something right.

“I’m doing my job,” he said. “I don’t get frustrated because you know at some point during a game, somebody will test me. You have to be ready. I’m never out there sleeping.”

The type of scheme used by a defensive coordinator gives some players more chances to make big plays.

“The defence I was in allowed me to make certain plays on certain balls,” said Parker, who had nine interceptions and 153 tackles between 2010 and 2019.

Lulay said DBs that play mostly zone coverage often have higher interception numbers because they have eyes on the quarterback and the backfield. Players in man coverage keep their eyes primarily on a receiver.

That means someone like Breaux will have less interceptions than Keon Raymond, who had 25 interceptions while often playing zone defence with Calgary and Toronto.

Cornerbacks on the wide side of the field also don’t see the same number of plays as someone on the short side.

“There’s not many balls thrown to the field side,” said Parker. “Very few quarterbacks will make that throw.” 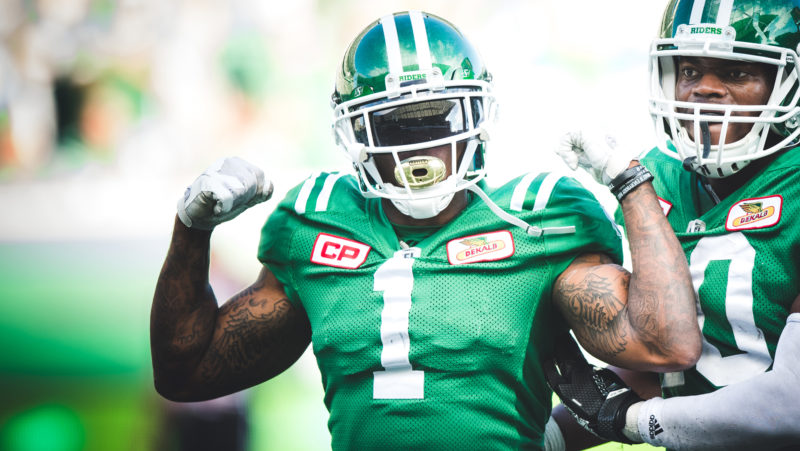 Jovon Johnson was the league’s Most Outstanding Defensive Player in 2011 (Johany Jutras/CFL.ca)

The players around you also make a big difference. Parker points to Dante Marsh and Korey Banks who patrolled the Lions secondary together.

“They are legends,” he said. “They played so well together for so long that Korey allowed Dante to make certain plays and vice versa.”

A stat that is sometime overlooked is the number of knockdowns a player has.

“Sometimes a knockdown is better than an interception, depending on where you’re at on the field,” said Parker. “If (an opponent) is on their 10 and they throw a deep pass and it gets intercepted and tackled, it’s the same thing as a punt.”

If that same pass it knocked downed, it could force a safety or set up a blocked punt.

“I would take a guy who plays lockdown coverage and doesn’t allow completions more than the guy who gets beat a lot but has good ball skills,” said Lulay.

Jonathon Hefney wasn’t a ballhawk, but still played an important role during his time with Winnipeg and Montreal.

“He was an amazing tackler,” said Parker. “He might not be as good a cover guy, but his tackling, his run support, he was a monster.”

Someone like Ryan Phillips, who spent most of his career in BC, was more cerebral.

“He’s a finesse guy,” said Parker. “He’s going to get knockdowns, he’s going to cover. He can do all that.”

VOTE NOW
Fans can now vote on the best Receivers and Defensive backs of the decade! 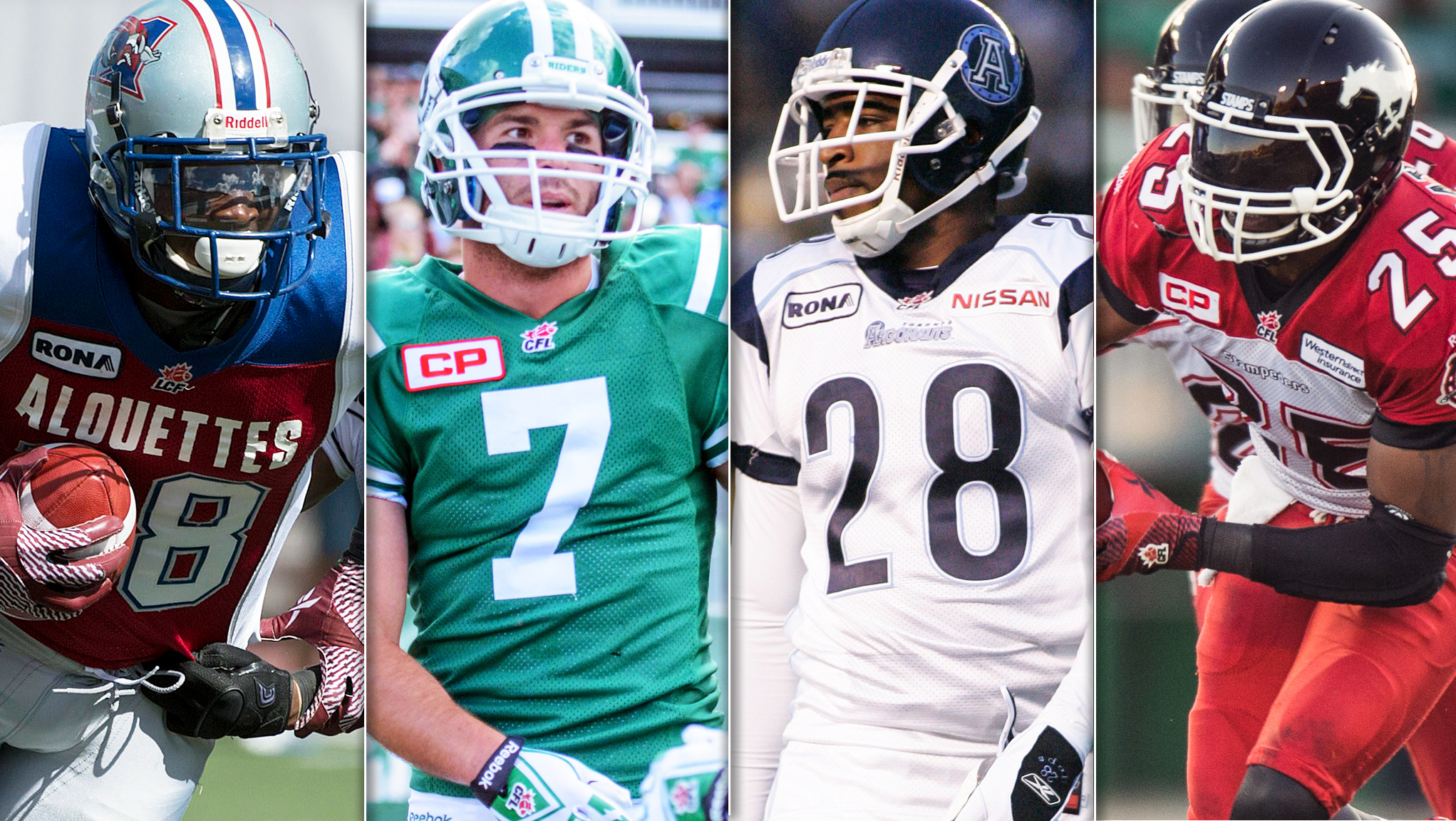 “Some guys are really opportunistic. You can tell which DBs are out there to do their job and which are really trying to make a play.”

Breaux said at the professional level all defensive backs are skilled. What makes some players better is their work ethic and mental approach to the game.

“It’s that guy who is going to take the extra steps to be better than average.”