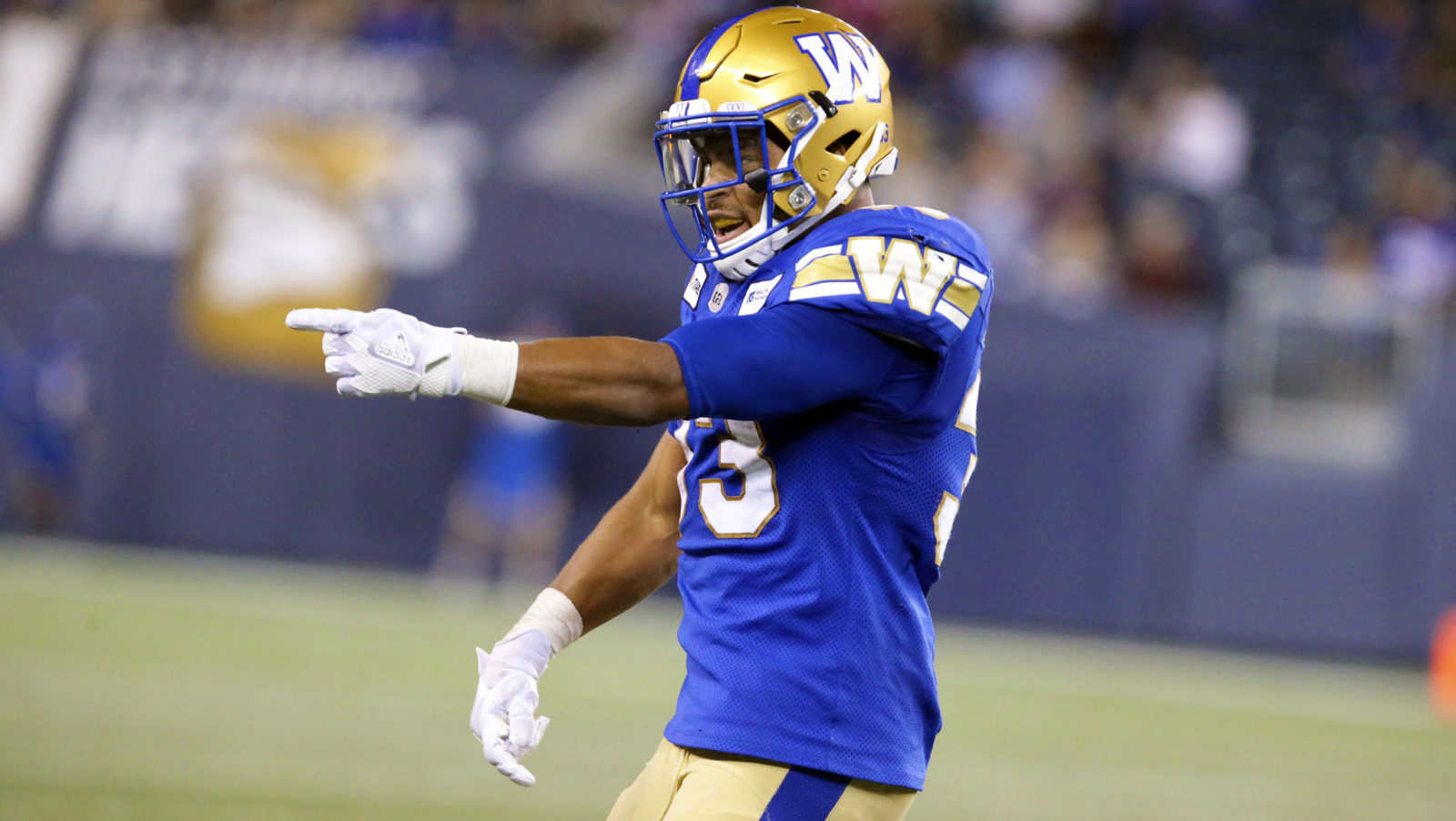 TORONTO — Earlier this week, the CFL announced the list of running backs and linebackers that have been nominated for the All-Decade Team presented by LeoVegas.

The list is full of current and past players that have all made an impact in their respective positions in the last decade. Of the ones that currently hold a roster spot, there are a handful that are closing in on records.

Running back Andrew Harris, one of the best to run the rock over the last 10 years, could become the second player in CFL history to record 6,000 receiving yards and 6,000 rushing yards this year. While linebacker Adam Bighill is second on the active tackles list and 10th on the career list.  On that active tackles list, Bighill sits behind just one, former teammate Solomon Elimimian, who is closing in on fifth on the all-time tackles list.

As the voting for the best of the best gets underway, CFL.ca takes a look at some milestones that some of the active eligible players could hit in 2020:

» CFL to honour the best of the last decade
» Vote Now: Running backs and linebackers
» Full list of nominees at each position
» ADT Voting schedule
» O’Leary: Is it a two-horse race in the RB stable?

1,673 carries: Harris will enter his next season eighth on the all-time carries list with 1,673, just 72 carries shy of Normie Kwong for seventh all-time. Harris has averaged 186 carries per season since he started playing in 2011 – the exact number that would move him past Kelvin Anderson for fifth in league history.

Rushing yards: With 9,038 career rushing yards, Harris currently ranks eighth all-time, and is only 175 yards back of Joffrey Reynolds and 302 yards behind Kelvin Anderson. Harris needs 962 yards to reach 10,000 rushing yards in his career, and 1,248 yards to pass Charles Roberts for fifth all-time.

Scrimmage yards: Harris has 14,145 yards from scrimmage in his career, ranking him third in CFL history behind George Reed (18,888) and Mike Pringle (20,255). Harris needs 855 yards to reach the 15,000-yard milestone. The key number is 4,744, the number of yards needed to pass George Reed for 2nd all-time. Since he first started playing, Harris has averaged 1,572 yards from scrimmage per season. At that average, he could catch Reed within three more seasons.

100-yard games: Harris sits at 26 games of 100+ rushing yards, tied for eighth all-time with Lovell Coleman and Willard Reaves. Earl Lunsford (28), Dave Thelen (30), and Joffrey Reynolds (31) are all within close range for Harris, who continues to move up several all-time rushing lists.

6.26 tackles per game: Elimimian’s 6.26 tackles per game is the highest in CFL history. At that rate, he would need roughly 66 more games to pass all-time tackles leader Willie Pless (1,241 career), the equivalent of about four full 18-game seasons.

Active tackles list: Elimimian sits first on the Active Tackles List with 833 while Bighill’s 675 is second on the active tackles charts. Simoni Lawrence comes in with 544 defensive tackles to round out the top three.