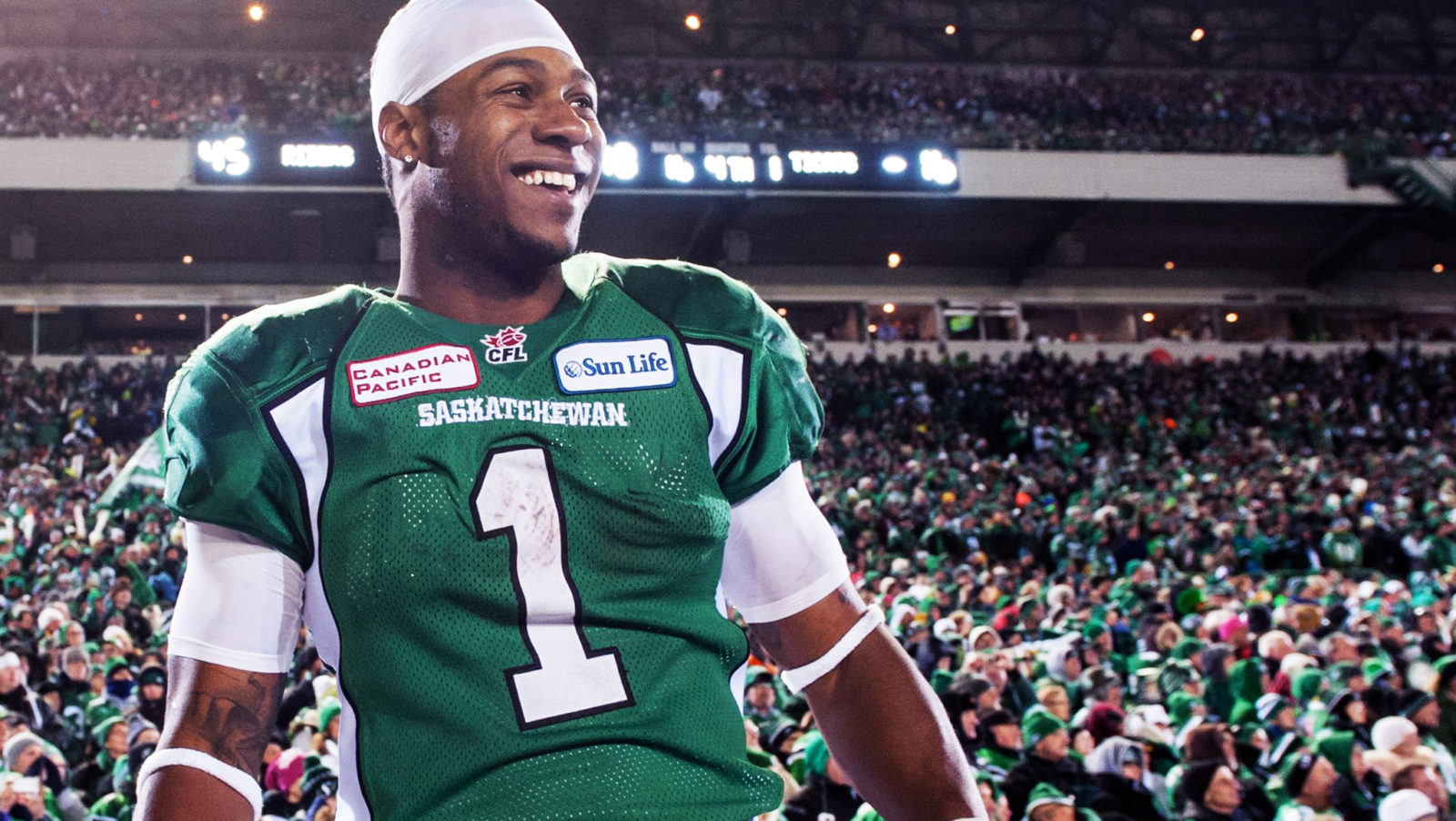 There are times when Kory Sheets takes his Grey Cup ring from the safe where it’s stored and slips it on his finger.

“I even wear it now and then when I go out,” the former Saskatchewan Roughrider running back said speaking over the telephone from his home in Tampa Bay, Fla. “It’s a good conversation starter. Most people think it’s a Super Bowl ring.”

Like his ring, Sheets’ CFL career was a bright and shiny thing.

“I think it suited my style,” Sheets, 35, said about the CFL. “I was probably on the right team at that time.

» CFL to honour the best of the last decade
» Vote Now: Sheets part of star-studded RB class
» All-Decade Team Vote: RBs and LBs by the numbers
» O’Leary: Is it a two-horse race in the RB stable? 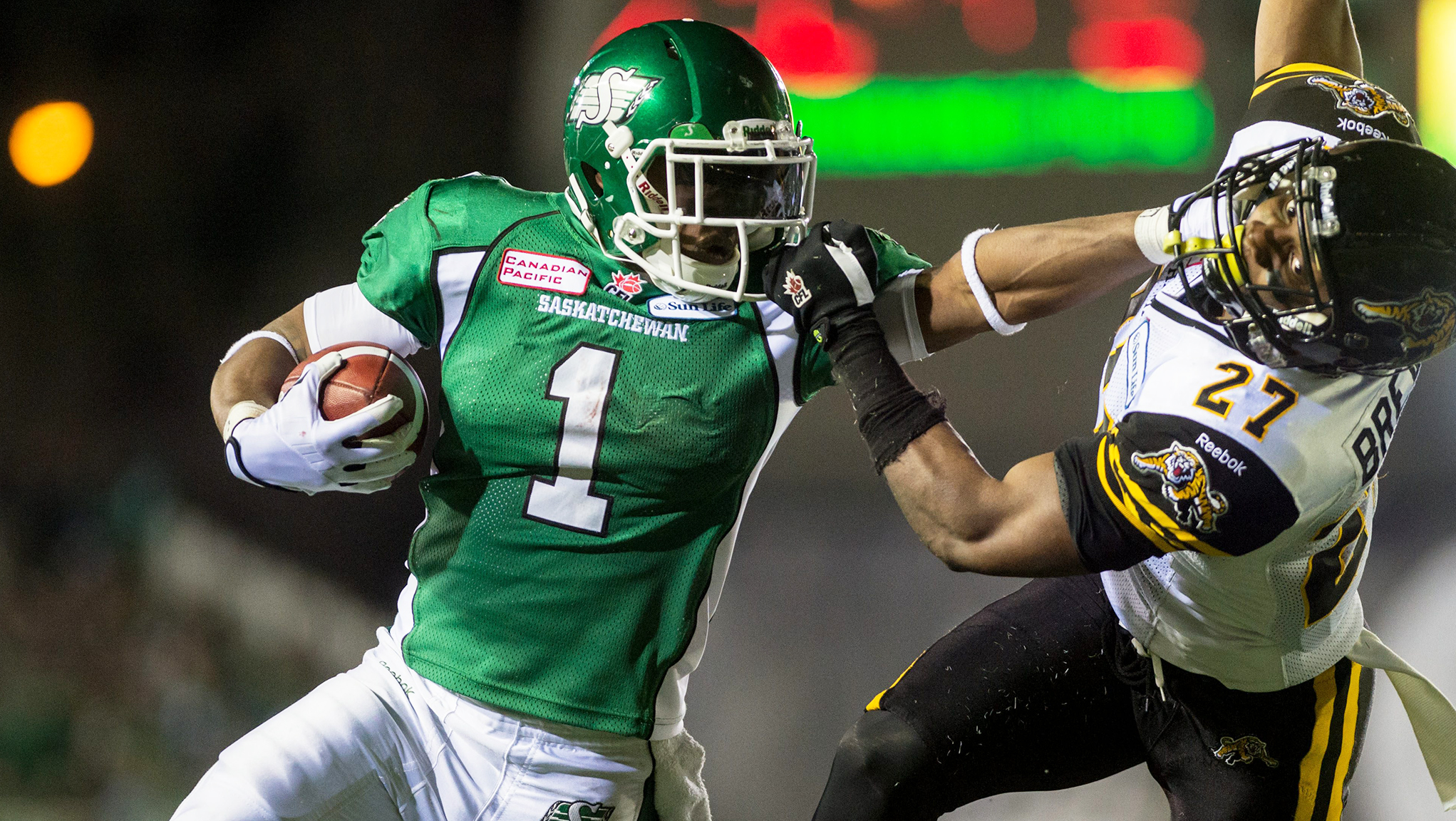 In his two seasons Sheets battled Jon Cornish of the Calgary Stampeders for the title of the league’s best running back. Cornish, who was an inch taller and nine pounds heavier than the five-foot-11, 208-pound Sheets, had 516 carries for 3,270 yards and 23 touchdowns in 35 games during that period.

“I think it was fun for the league,” Sheets said about his ground war with Cornish. “It brought a lot of excitement week in and week out. No matter where we were in the country, that race was always being talked about.

“For it being a passing league, I found it funny the biggest story at the time were the running backs.”

Off the field, Sheets and Cornish met just once. It was during the 2013 CFL awards during Grey Cup, where Cornish would be named the league’s Most Outstanding Player and top Canadian.

“It was kind of like a movie scene,” Sheets remembers. “He turned the corner and it was just the two of us facing each other. We both smiled.

“I was still playing and he wasn’t.”

Born in Manchester, Conn., Sheets played his college football at Purdue. Passed over in the 2009 NFL draft, he had stints with San Francisco, Miami and Carolina before signing with the Riders.

Sheets remembers his first impression of Regina looking out of an airplane window.

“Flying into the city, it looked about five feet long,” he said. “At first I thought it was going to suck and be boring, but there’s a lot doing in that little town.

“The first year was yard but once I embraced the city, things got a lot easier. Being in Regina, it was an amazing time. Anybody that knowns anything about the team or the city knows that city takes care of the players. I was one of the guys that played well, so I got a little special attention.”

It took time for Sheets to grow into his role with the team.

“It forced me to accept that leadership role,” he said, “I didn’t want that responsibly. I just wanted to fly under the radar and be a good player. You just can’t do that.”

Sheets was a key gear in the 2013 Rider machine that finished second in the West with a 11-7 record. Saskatchewan then beat BC and Calgary in the playoffs before winning the Grey Cup 45-23 against Hamilton in front of a delirious home-town crowd of 44,710 at Mosaic Stadium.

Sheets was named the game’s Most Valuable Player after rushing for a Grey Cup record 197 yards on 20 carries and scoring two touchdowns.

With the game well in hand, the coaching staff asked him if he wanted one more carry to break the 200-yard mark.

“I chose not,” he said. “I thought I’m going to get a chance to do this again. It didn’t mean nothing for me to get three more yards.”

In 2014 he signed with the Oakland Raiders but suffered a torn Achilles tendon in a preseason game against Green Bay, ending his career. After riding so high, Sheets’ life crashed.

“I went through a real deep depression,” he said. “I was by myself drinking heavily, not talking to anybody, not eating, not sleeping. It was a hard time.

“I reached the point where I looked at the most important women in my life and I was making them all cry. Once I acknowledged that I went out and got some help.” 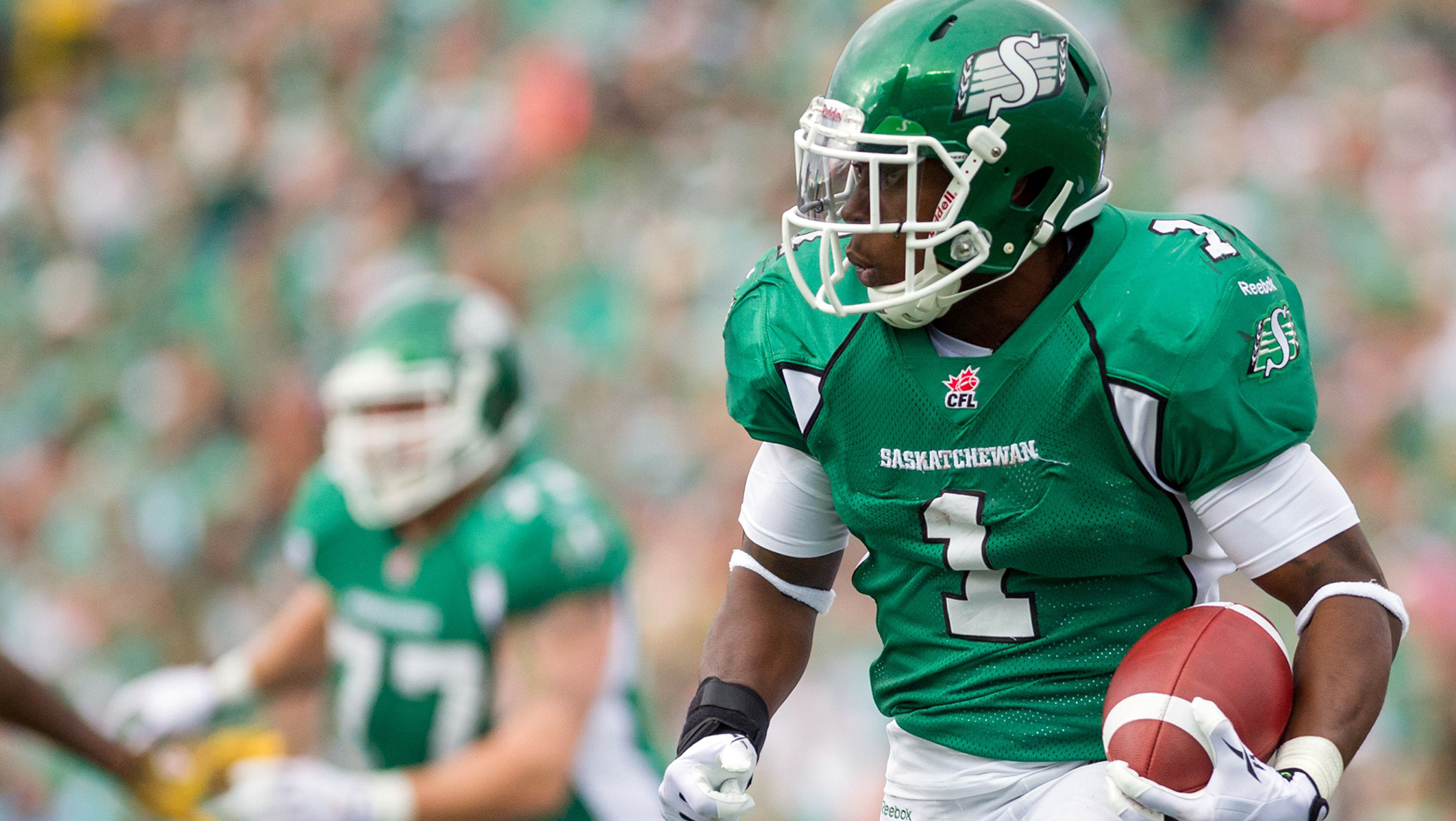 Kory Sheets eyes an opening during a dominant 2013 regular season where he became the fastest tailback to reach 1,000 yards in a single season (Derek Mortenson/CFL.ca).

Sheets continues to see a therapist where “we’ve been working on issues and that’s been helping.”

He’s currently studying to be a massage therapist.

“I was tired of how much money I was spending with massage therapists and I needed something to do with my hands,” he said.

Sheets has moved on in his life. He doesn’t like to dwell on thoughts about where his career might have taken him if he had stayed in the CFL and resisted the urge to gamble on the NFL one more time.

“Honestly, it’s hard to say,” he said. “If I didn’t get hurt, I would still be playing, could have had a chance to go back to the CFL.

“There’s so many scenarios. Honestly, I drove myself crazy trying to think about that.”