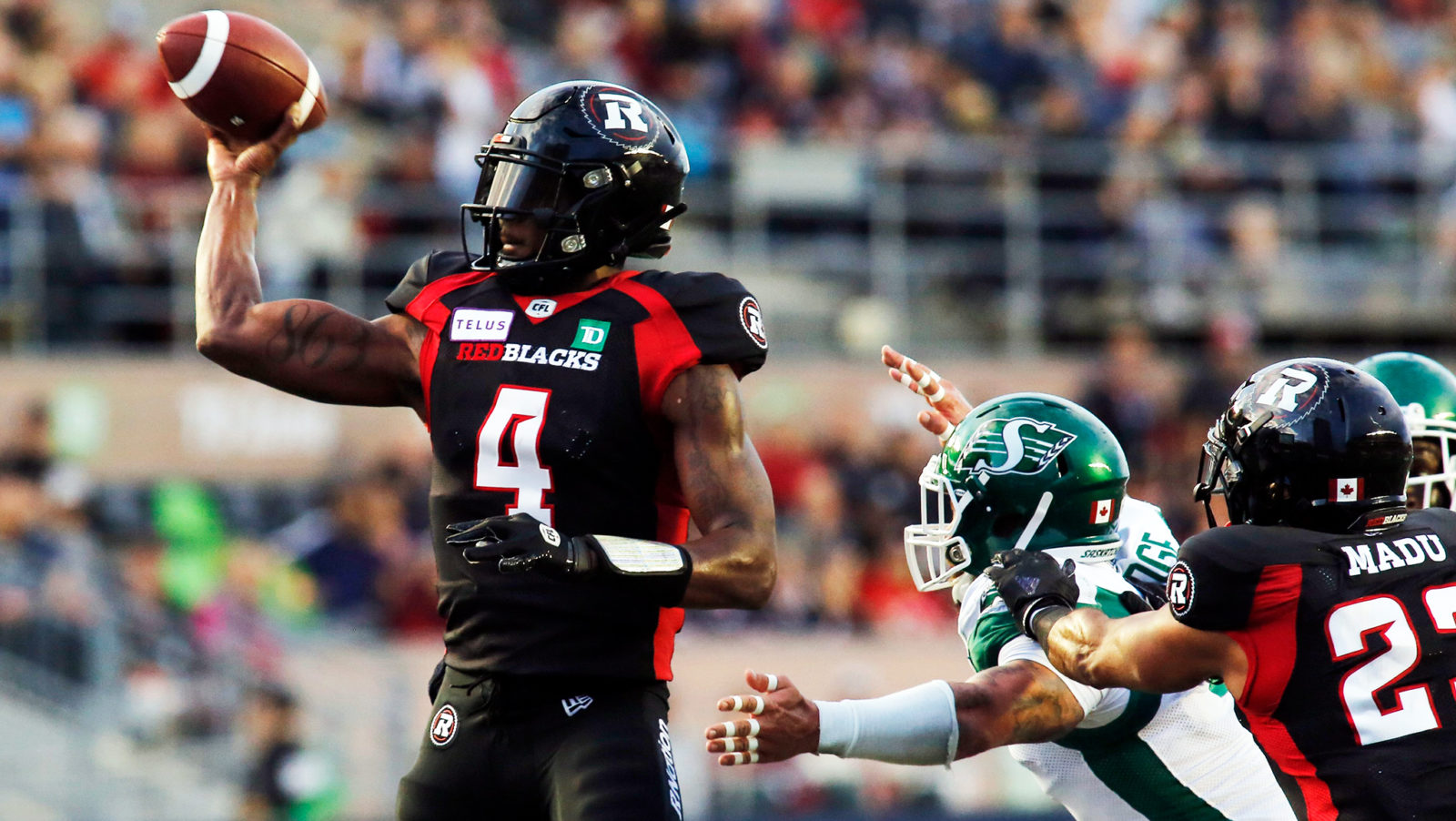 Most of the chatter heading into last season’s Week 2 matchup between the Saskatchewan Roughriders and Ottawa REDBLACKS was about Cody Fajardo and the Riders.

That being said, there were also many wondering about the REDBLACKS and their pivot. Dominique Davis was named the Week 1 starter for the REDBLACKS and he helped lead Ottawa to a victory over the defending Grey Cup Champs, the Calgary Stampeders.

It was this game that started to make believers out of the off-season critics, as the REDBLACKS, more specifically Davis and his go-to receiver Dominique Rhymes, defeated Saskatchewan in a 44-41 shootout.

The pivot had completed 59 passes and tossed for over 600 yards in two games against two well-respected defences in Calgary and Saskatchewan.

It was the Week 2 performance that turned heads as Davis had found his No. 1 receiver, Rhymes. The pair connected 11 times for 168 yards and a major score against the Riders.

“If you were a REDBLACKS fan, you may have started to let your optimism be a little less guarded after this game,” said CFL.ca’s Chris O’Leary. “It felt like Ottawa survived in spite of itself in its Week 1 win over Calgary. Against the Riders, Dominique Davis took care of the ball and put up big numbers. He found Dominque Rhymes for a big night and moved the ball around to his receivers. After seeing so much change in the off-season, you might have exhaled a little, after seeing the REDBLACKS beat two very good Western teams.

“Of course, that wasn’t the case. The REDBLACKS had a worst case scenario in front of them and won just once more the entire season, which in turn sparked even more change for the organization.”

You can re-watch this game in a condensed 40 minute version on CFL.ca on Thursday night at 8:00 p.m. ET.