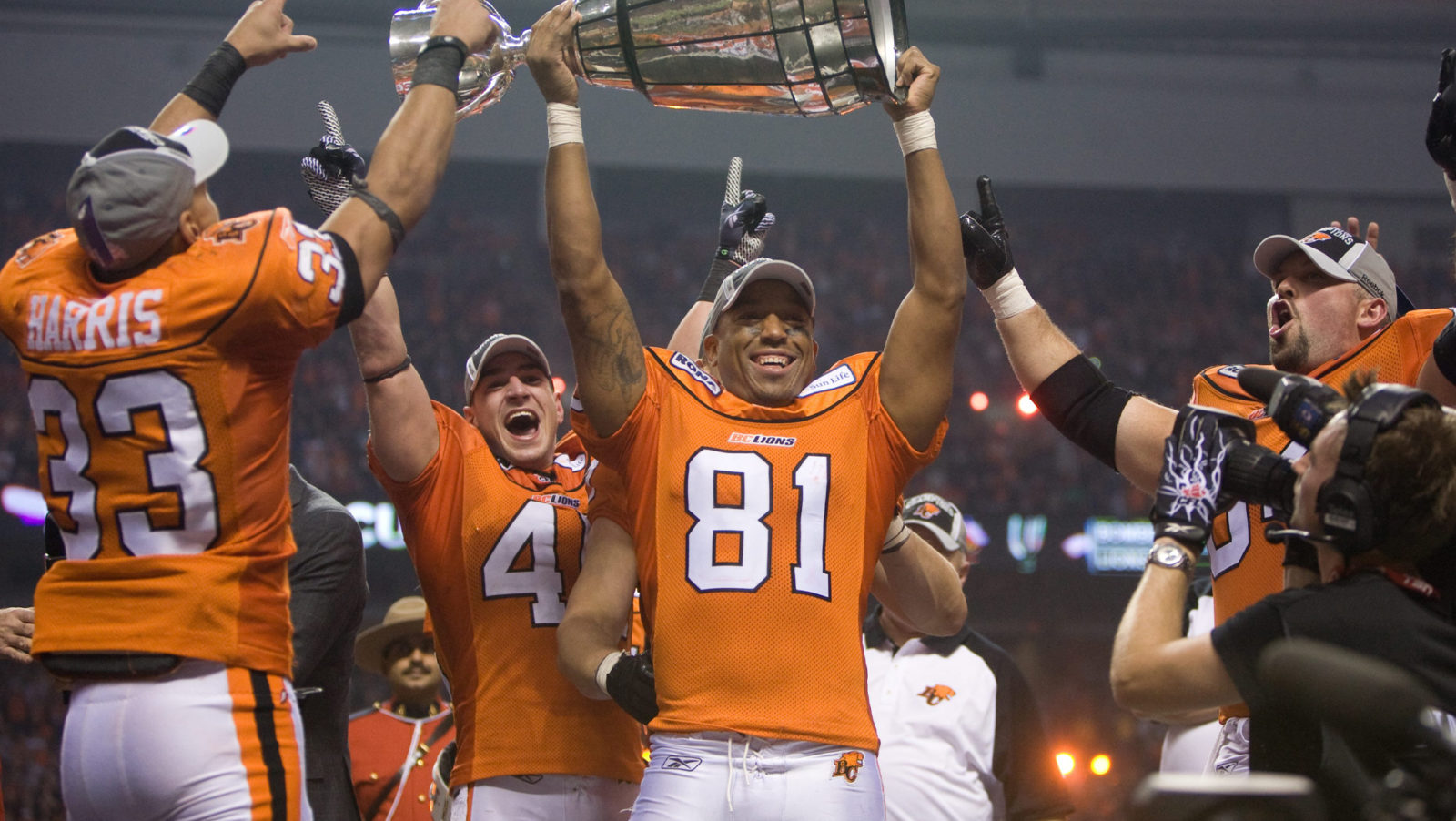 The story of the 2011 Grey Cup champion Lions will forever go down in history. From an 0-5 start to an incredible second-half turnaround that was highlighted by the re-opening of a renovated and state of the art BC Place, the road to championship glory had more than a few twists and turns. Speaking from the inside, everyone at Lions headquarters can’t wait to celebrate the next Grey Cup win. That goes without saying.

But with CFL Encore set to re-broadcast the 2011 Grey Cup victory over Winnipeg this Friday evening, the nostalgia is once again kicking in. Everyone remembers the 2011 squad getting across the finish line. In advance of the Friday Night Football Encore performance, we look back at five key moments that made the fairytale ending possible. It truly was a remarkable road to a championship.

RELATED
» By the Numbers: A look at the All-Decade LBs, RBs
» The Waggle: Hub cities + Davis’ farewell
» O’Leary: Is it a two-horse race in the RBs stable? 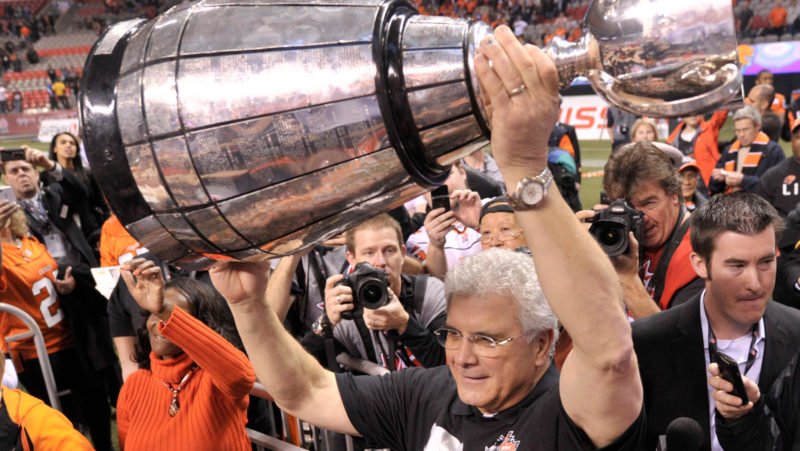 BC Lions head coach Wally Buono hoists the Grey Cup in front of the home faithful at BC Place. (The Canadian Press)

Week six of the 2011 season brought about a huge opportunity in a visit from the 1-4 Saskatchewan Roughriders. Sure, there is no such thing as a ‘must-win’ game in the CFL in early August, but falling to 0-6 and four points back of Saskatchewan would likely be a lot to overcome in a season that began with sky-high expectations. The home team got the response they needed. Geroy Simon hauled in seven catches for 134 yards and a touchdown in the 24-11 victory. Of note: this game also marked the debut of defensive back Tad Kornegay who was cut loose only two weeks earlier by those same Riders. Newly acquired receiver Arland Bruce III watched from the sidelines. And that leads us to the next big result……

The arrival of Bruce in a bye-week trade with the Hamilton Tiger-Cats in late July is probably worthy of its own big moment on this Grey Cup road. We’ll let his play do the talking here. Following a home setback against Winnipeg that dropped them to 1-6, Bruce and the Lions invaded the Alberta Capital with the similar ‘must-win’ feelings from two weeks previous.

Bruce was a one-man wrecking crew in the 36-1 thumping of the Green and Gold with nine receptions for 129 yards and two touchdowns. A ferocious Lions defensive front would not be denied on this night, sacking quarterback Ricky Ray eight times. The Lions were now 2-6 with two visits from the first place Eskimos to come in the final six weeks of the regular season. This convincing win would go a long way in setting the table for a big race for home-field advantage in November. There was a familiar foe looking to stay in that mix as well……

Fun fact. This 2011 season would be the only in a stretch from 2008-2019 where the Calgary Stampeders finished below second in the West and didn’t earn a home playoff date. Paul McCallum deserves some of the credit for that. One week after returning to the refurbished BC Place and taking down the Eskimos 33-24, the rejuvenated Lions were 7-6 and riding a six-game winning streak. This visit from the Stamps had all the earmarks of a possible letdown. And it almost was after McCallum’s field goal miss resulted in a 122-yard touchdown return for Larry Taylor with 5:08 remaining.

The stunning turn of events put Calgary ahead 31-30. Thankfully, Lulay and the offence put McCallum in a position to win it with no time on the clock. He did just that from 53 yards out and the crowd went wild. Both the Lions and Stamps were now 8-6. You do the math: if McCallum doesn’t make this field goal, the Lions don’t finish first in the West. Now, they controlled their own destiny….

Playoff-bound and remarkably in the driver’s seat for a first in the West and a bye before the Western Final, it was a much different feeling than several weeks prior: anything less than the Grey Cup would be a disappointment. First, they had to take care of Anthony Calvillo and the two-time defending champion Montreal Alouettes.

The home side treated this like a playoff game and it showed as they cruised to a 43-1 win. Andrew Harris caught three of the four touchdowns thrown by Lulay and Dante Marsh recorded the 23rd interception of his illustrious career. This resulted in a three-way tie with the Eskimos at Stamps at 11-7. The Lions would finish first by virtue of their 5-1 combined record against those teams in regular season play. The road indeed had plenty of twists and turns. Now the real work began…..

After a well-deserved break, Lulay and his teammates hit the practice field refreshed and refocussed in advance of the fifth meeting with Edmonton since mid-July. As impressive as the 11-1 stretch was, they knew all would be forgotten if they didn’t get it done in the playoffs. Enter Lulay. Days before being named the CFL Most Outstanding Player, the first-year starting QB completed 20 of 27 passes for 293 yards and two touchdowns. But the defining moment of this 40-23 victory was Lulay’s 61-yard touchdown run to put it out of reach with just over six minutes to play. Talk about paying the price. Lulay would injure his groin on this very play but nothing would keep him out of the 99th Grey Cup the following week.