Down to the Wire: A closer look at Ticats, Stamps 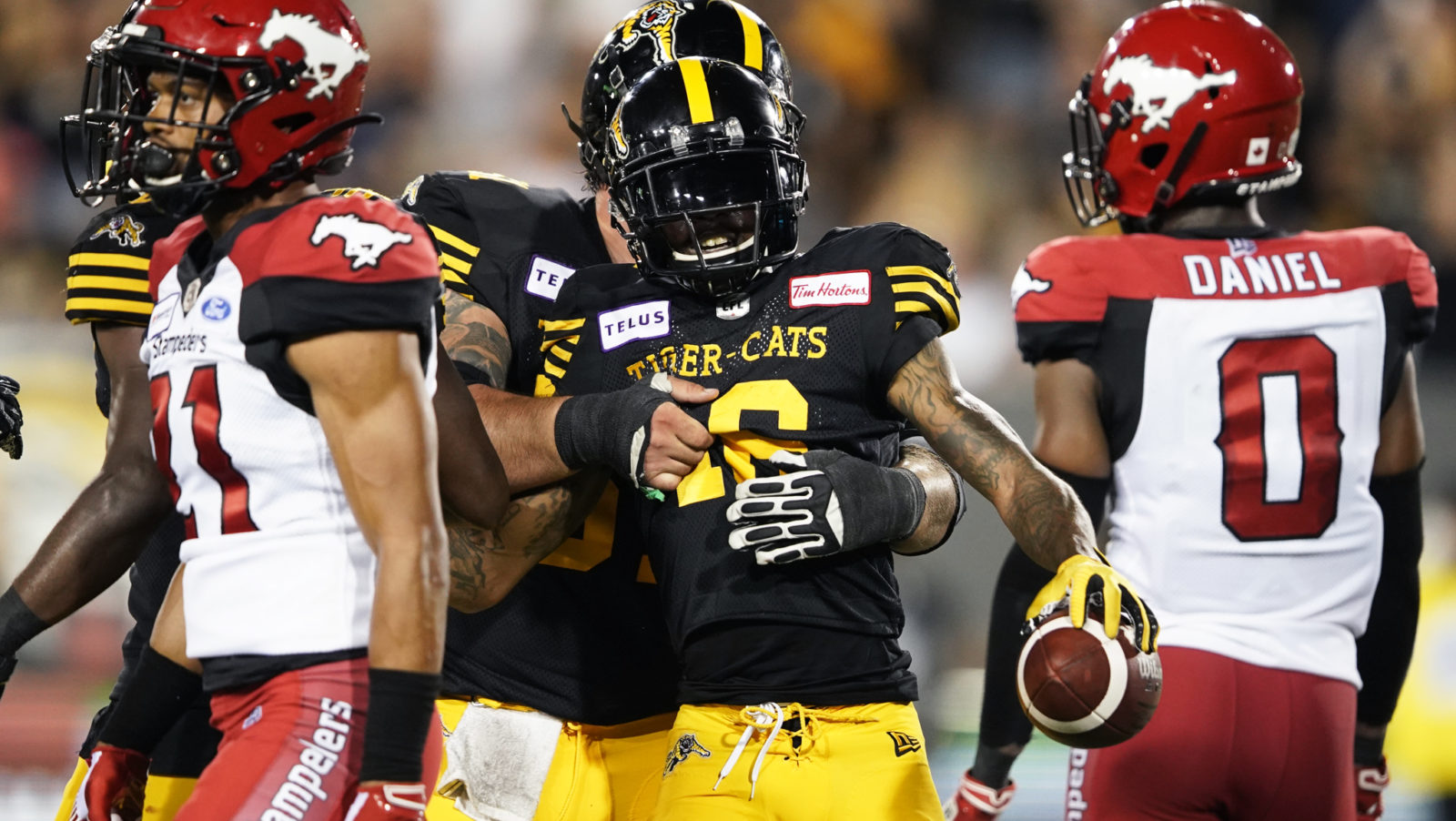 Down to the Wire: A closer look at Ticats, Stamps

Some of the most exciting games to watch are the ones that go right down to the final moments.

We’ve grown to love the unpredictability of CFL games, as we’ve all learned that you can never leave early because the end is often the best part.

An exciting ending is exactly what happened in a Week 14 contest last season. If you left your seats to beat the Calgary traffic, or changed the channel before the final whistle, you would have missed one of the best plays of the 2019 season.

It was a warm mid September day at McMahon Stadium and the Calgary Stampeders were hosting the Hamilton Tiger-Cats. Hamilton had the league’s best record. Calgary wanted to avenge an earlier loss to the Tabbies in Week 5.

With under a minute left on the clock, the Ticats were down by a single point and were in position to kick a field goal to take the lead. But the Stampeders, and more specifically Tre Roberson, had other plans. Roberson jumped into the air and blocked Lirim Hajrullahu‘s attempt, helping to seal the deal for the home team to win 19-18.

That kind of game has become somewhat of a pattern when these two squads meet; close battles that go right down to the wire.

Since 2011, the Stampeders and Ticats have met 18 times in the regular season. 10 of those games were decided in the last three minutes. Eight were decided by 0-4 points.

There has been the odd lopsided win, like Calgary’s 60-1 victory in 2017, but for the most part, these two teams have been pretty evenly matched.

Just look at both meetings between them in 2015. The squads met in Week 1, in a 102nd Grey Cup rematch (we’ll touch on that game later), and the red and white edged the black and gold by just a single point (24-23). Then when they met later on in the season in Week 15, Calgary defeated Hamilton 23-20.

In the meeting in the first week of that campaign, Rene Paredes kicked the game-winning field goal with three seconds left on the clock on the last play of the game to win by a single point. The Stamps’ kicker did the same thing 14 weeks later, booting the game-winner for the three-point victory.

Both were decided in the final moments.

Following the aforementioned 60-1 game, the Ticats and Stampeders had a closer battle in Week 17 of the 2017 season. It was once again the kicker in red and white that was the hero of the contest, kicking the game-winner through the uprights with zeros on the clock.

The Tiger-Cats made things interesting with under a minute left in the contest as running back Alex Green rushed in a touchdown, tying things at 25 a piece. But it wasn’t enough to send things to overtime, as Bo Levi Mitchell made quick work of the field, moving his team into field goal range, setting up Paredes’ 17-yarder. Calgary won 28-25.

Another contest decided as time was winding down. 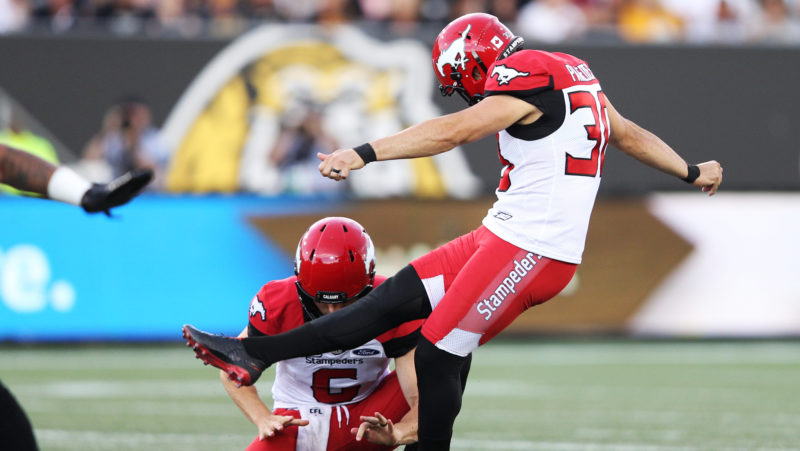 Rene Paredes has kicked many game-winning field goals for the Stampeders against the Tiger-Cats (Geoff Robins/CFL.ca)

And there’s one game that many fans around the league won’t soon forget: The 102nd Grey Cup, where these two met in late November of 2014. Each were looking to hoist the coveted trophy.

The final score was close enough, with Calgary coming away with a 20-16 victory. But it was a play in the final moments that almost changed everything.

There was under two minutes left on the clock. Hamilton was trailing by four and were about to get the ball back in their hands after the defence forced Mitchell and co. off the field. Paredes punted the ball to Brandon Banks, who ran down the sideline 90 yards and into the end zone.

And then heartbreak for the black and gold as an illegal block in the back field negated the touchdown. Zach Collaros tried to move his team down the field but ultimately ran out of time.

Once again, things went right down to the end of the game.

Had the 2020 season been able to start on time, we likely would have been treated to another one of these exciting games this weekend, as the Stamps would have welcomed the Ticats on Saturday night.

But for now, we can remember and re-live the past as we wait for football’s return.