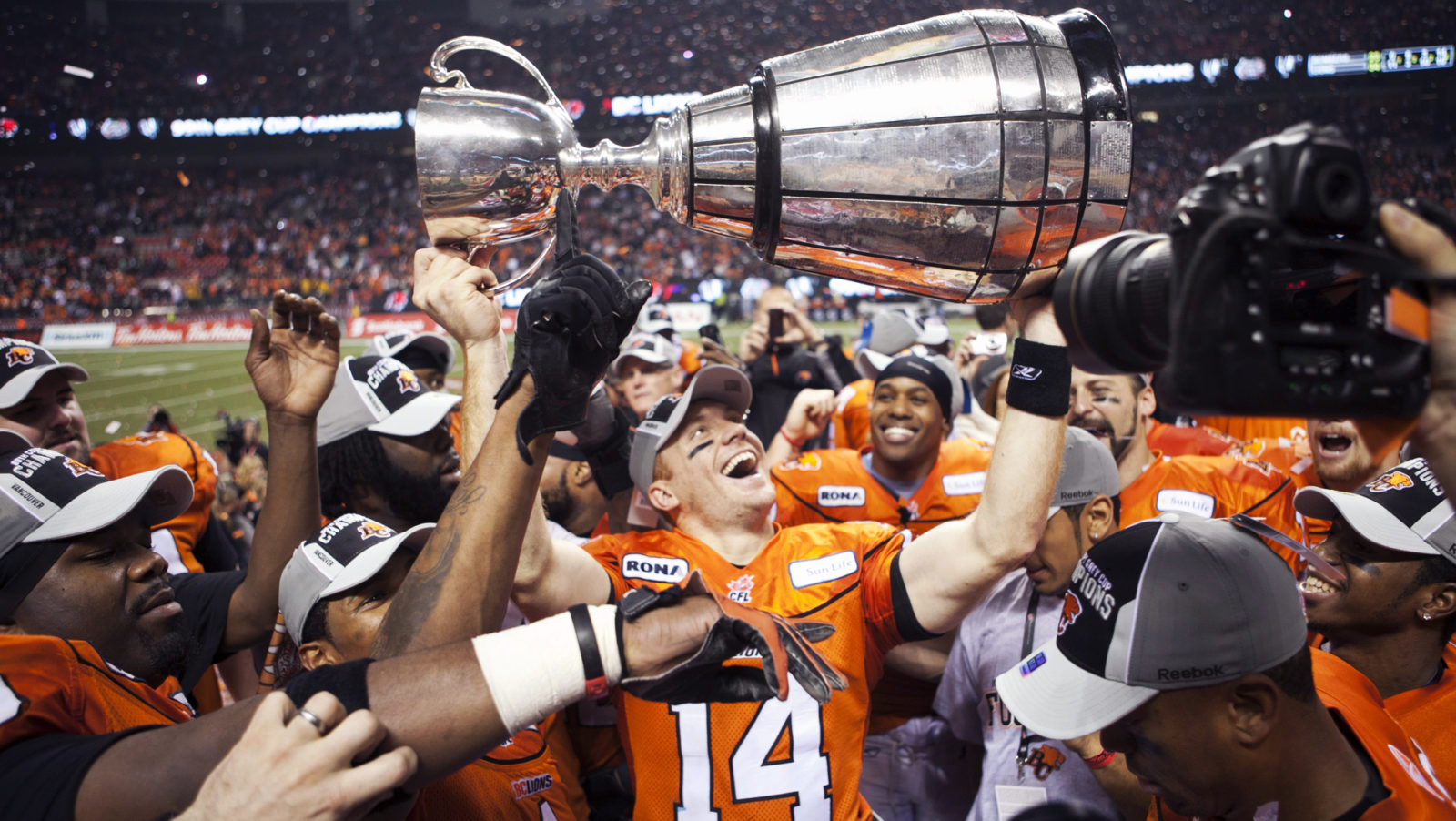 Edmonton had just been thumped 36-1 by BC, the blowout loss sucking all of the momentum out of their 5-0 start to the season. The loss was Edmonton’s third in a row, grounding a team that had been flying higher than any other in the league to start the season.

The salt in the wound — there were many for a beat up Edmonton team at that point — was that the win was just BC’s second of the season. While Edmonton was stacking up wins out of the gate, BC had gone in the opposite direction, starting its season 0-5 and limping into Commonwealth at 1-6. On paper, even with Edmonton’s injury situation, a win at home seemed like a reasonable ask.

What wasn’t readily visible in that moment was that the Lions had been sparked to life. They lost just one more game the entire season and would roll to what seemed like that hot summer night in Edmonton, an impossible Grey Cup win.

“If I had to point to one spot or one week, that would probably be it. It was kind of do-or-die for us,” Lions’ QB Travis Lulay told The Georgia Straight leading into the West Final that year.

“To go into Edmonton and do what we did and win it convincingly…I think it was important for us because it validated the work we had been doing.

“From that point on we were a different football team.”

That banged up Edmonton team might have given BC the confidence it needed. Edmonton’s four best American receivers were out that game, including Adarius Bowman and Fred Stamps. Injuries on the 0-line saw a pair of rookie tackles make their debuts. Ricky Ray was sacked four times and threw three interceptions in three quarters of play and Kerry Joseph was hauled to the turf four more times in relief of Ray with the game well out of hand.

Edmonton’s GM at the time, Eric Tillman, had said in a loss to Montreal the week prior that his team’s o-line resembled water pouring through a screen door. Against the Lions, Edmonton Journal columnist John MacKinnon said that the door had been ripped off the hinges.

Edmonton eventually got healthy and put together an excellent season and a mini-rivalry formed that year between the two teams. Edmonton got the best of BC in a Week 3 meeting and in Week 14 at the opening of BC Place, Lulay and Co. got a 33-24 win over Edmonton. Winning the season series helped them break an end-of-season three-way tie for first place in the West. 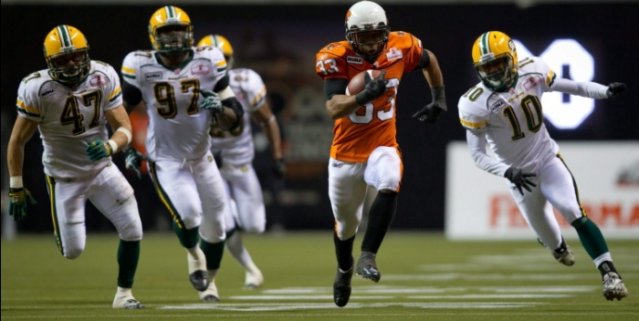 An emerging star in 2011, Andrew Harris had a pair of touchdowns in the West Final, helping the Lions to an eventual Grey Cup win (Photo: The Canadian Press)

Canadian running back Jerome Messam added some fuel to the fire as well. He’d started his career with the Lions but was traded to Edmonton at the start of the season after some team rules were violated during training camp. In Edmonton, Messam exploded, rushing for 1,057 yards and winning the Most Outstanding Canadian award.

In that Week 14 game, Messam went back to BC for the first time, full of confidence from the season he’d been building and tensions boiled over at one point. Surrounded by his former defensive teammates after a play, Messam swiped at Tad Kornegay’s helmet. Pushing and shoving followed and Messam was ejected from the game, with five Lions later collecting fines for their part in the melee.

It was fitting then, that after Edmonton dispatched Calgary in the Western Semifinal, that they went west once more and had a final crack at the Lions. By then BC looked unbeatable, the shell of the team they started the season as left to wither away in Edmonton. Under the closed dome at BC Place, the Lions ran away with the game, 40-23. Hosting the Grey Cup a week later, the Lions dispatched the Bombers to complete their phenomenal run.

Things were bleak for the Lions when they made their way into Edmonton that night, still early in the 2011 season. Edmonton had a great team that year, but it ran into a legendary one that happened to roar to life when the ball was kicked off that night. 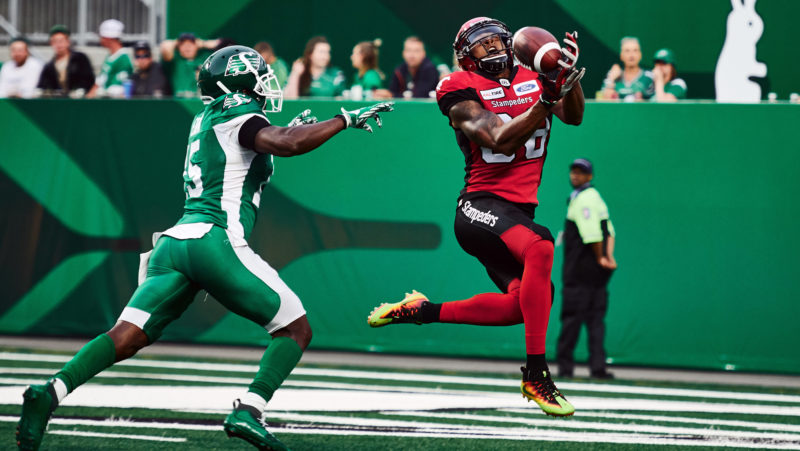 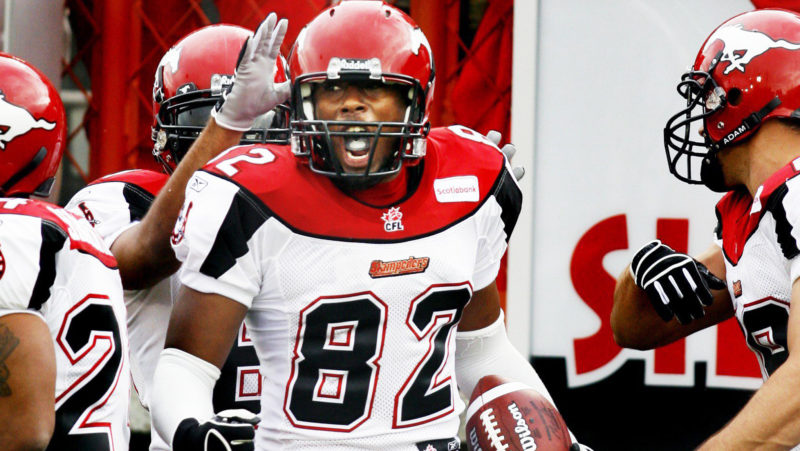