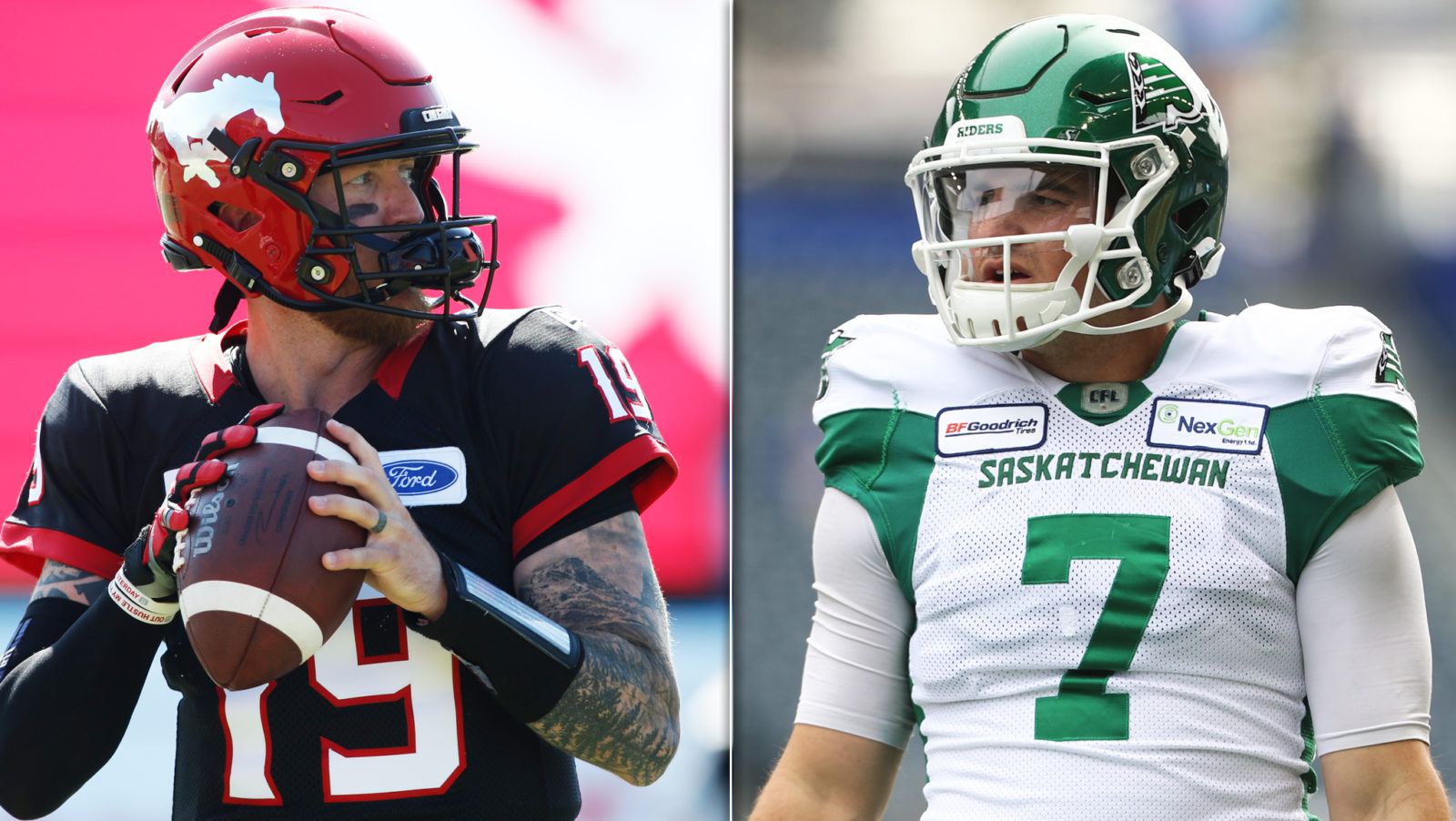 Best in The League presented by Dr. Oetker August 5, 2020

TORONTO — Who is the best quarterback in the CFL?

It’s a question that’s asked every year by many fans and media members alike.

There are some names that are in the conversation every year, like Bo Levi Mitchell, who has helped the Calgary Stampeders become one of the most consistently dangerous teams in the league. And then sometimes there are new names that pop up, like Cody Fajardo, who took his Saskatchewan Roughriders to the top of the West Division in just his first season as a starting quarterback.

The CFL’s biggest stars weighed in on this debate, giving their opinions on who they deem the best gunslinger in the league in the first instalment of the Best in the League series.

After Zach Collaros fell to injury in Week 1, the Riders became Fajardo’s team. The 28-year-old finished the year completing 338 of 473 passes for 4,302 yards, 18 touchdowns and eight interceptions. He also led Saskatchewan to the top of the West Division and to hosting the Western Final.

It was the story of an opportunity taken full advantage of. Fajardo had been a backup in Toronto and BC and had yet to lead a CFL team himself. But when the chance to take over fell into his lap because of a devastating injury, the six-foot-two, 215-pounder made sure he proved that he was worthy of the job.

And then there’s Bo Levi Mitchell.

While those accolades are impressive, it’s his composure, confidence and ability to make accurate throws that has caught the eye of many stars around the CFL.

“You can hit him and he’ll get up and just be super accurate with his next throws,” said Alouettes linebacker Henoc Muamba. “He’s really cool, calm and collected on the field and always, always poised.”

“77-18-2 record. I don’t know how you even argue that Bo’s not the best quarterback in the league,” said Argos QB Matt Nichols. “Arguably one of the best all time. He just continues to win football games for his team. It’s impressive.”

Who’s the best quarterback in the CFL? Weigh in below.