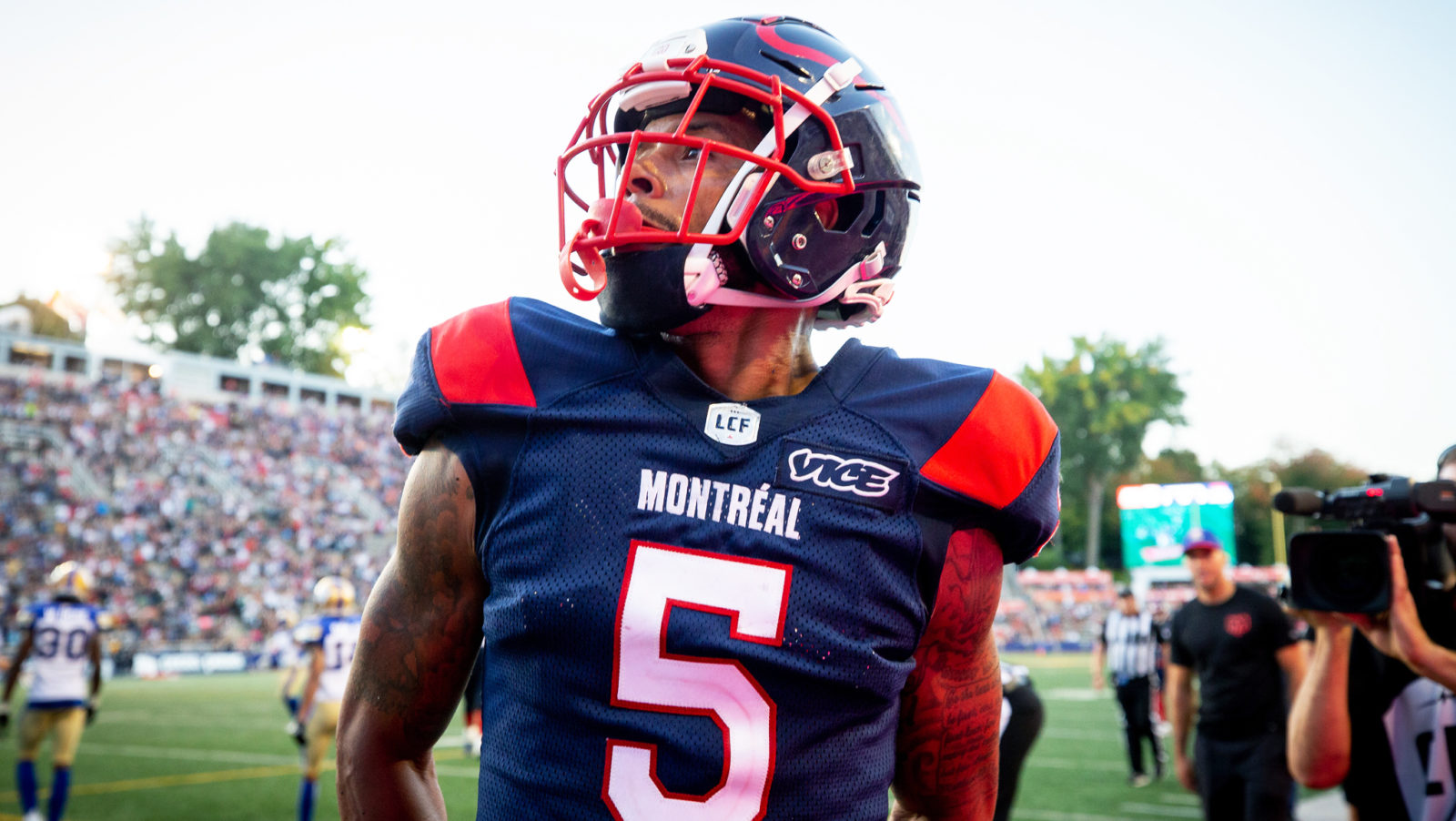 As we get closer to a potential answer on a 2020 CFL season, I thought it might be a good time to take a closer look at a few high profile additions across the league.

Earlier this off-season we looked at some of the biggest defensive acquisitions, and today we’re focusing on the offensive side of the ball.

Nick Arbuckle is ready to lead the charge for the Ottawa REDBLACKS (OttawaREDBLACKS.com)

Ottawa didn’t mess around upon targeting Arbuckle as their quarterback of the future. The REDBLACKS gave up a third round pick and swapped first rounders with Calgary just for Arbuckle’s exclusive negotiating rights. Four weeks later, Ottawa signed Arbuckle to a lucrative two-year deal and here we are.

It’s easy to understand the thought process for the REDBLACKS. They struggled mightily at quarterback in 2019 after Trevor Harris signed with Edmonton in free agency and were in need of someone to take the reins. At the same time, Arbuckle put together a really impressive season with the Stampeders, specifically in the seven games he started following Bo Levi Mitchell’s early season injury.

Arbuckle went 4-3 as a starter during that stretch and put the rest of the league on notice. Arbuckle averaged 287 passing yards per game and threw 11 touchdowns against five interceptions in an impressive introduction. I’m actually quite excited for what Arbuckle can do as a starter, because I think he was purposely conservative when stepping in last season. With the knowledge the job is his, I think Arbuckle has the chops to be a very effective number one in this league. 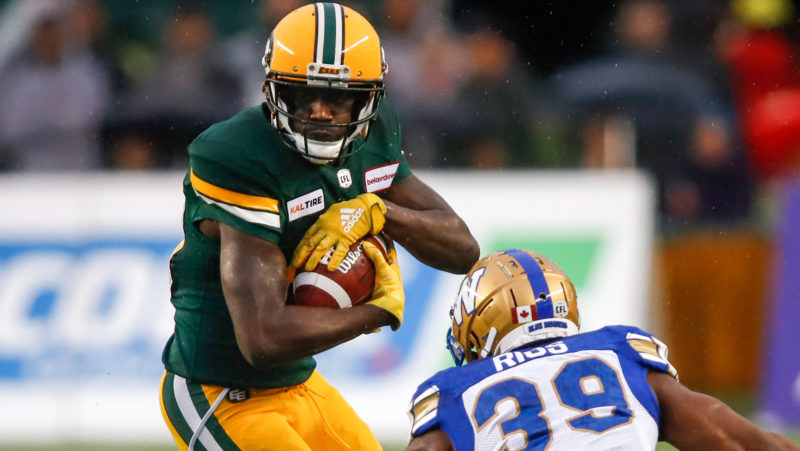 When Daniels is healthy, we’re talking about one of the league’s most exciting receivers. Daniels signed in Toronto on day one of 2020 free agency and brings them an instant game-breaking threat, which was important with the departures of SJ Green and Derel Walker. That’s the type of talent Daniels is and the Argos made a huge splash by bringing him in.

Due to injuries and a loaded group of receivers, Daniels didn’t post mind-bending numbers in 2019, his only season with Edmonton. That said, he showed the type of devastating talent he possesses with back-to-back 155 and 207-yard performances in Week 10 and 11. His final game in green and gold was the Eastern Final and he was outstanding with seven catches, 109 yards, and a touchdown.

Toronto’s quarterback situation still has to work itself out (more on that later), but whoever wins the starting job there is going to have an instant number one target in Daniels. Along with former Stampeders teammate Juwan Brescacin, Daniels is leading the way for a new look Argos receiving core and I think he’ll thrive in his first opportunity to truly be THE guy.

Calgary strayed away from their typical free agency approach in 2020, but that’s not a bad thing. Usually a team that doesn’t make big splashes in the market, the Stamps made two of them, one on each side of the ball: defensive back Richard Leonard and hometown boy McEwen.

McEwen played four years at the University of Calgary and was a third overall pick of the Argos in 2015. Making his debut in 2016, McEwen was Toronto’s nominee for Most Outstanding Rookie and got the team’s nod for Most Outstanding Lineman three years later. He joins the Stampeders with a very impressive resume.

McEwen brings a ton to the table as one of the league’s elite centres. On top of being an extremely well rounded lineman, he’s also durable and has played 18 games in all four of his CFL seasons. To cap it all off, McEwen is Canadian and will help the Stamps with their ratio as an everyday starter at a key position. 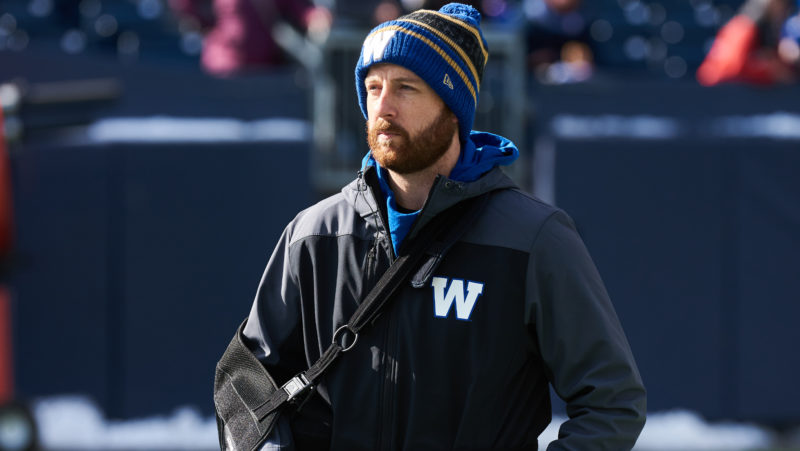 2019 was a hard-luck year for Nichols, which carried over to a tough off-season for the veteran pivot. Nichols was having an outstanding campaign with Winnipeg prior to sustaining a season-ending shoulder injury in a Week 10 game against the BC Lions. As the Bombers rallied and rode Chris Streveler and Zach Collaros to a Grey Cup victory, it felt like Nichols’s future with the Bombers was up in the air. Things became when Winnipeg signed Zach Collaros, which led to the release of Nichols a few days later.

What Nichols accomplished in 2019 deserves a little love, though: he was the league’s best quarterback prior to the injury. In ten starts, Nichols had a league-best 107.2 quarterback rating and had thrown for 15 touchdowns, also tops in the league at the time. The guy was accurate and efficient and had just five interceptions against those 15 touchdown passes.

Upon his release, there seemed to be one very obvious landing spot for Nichols: Toronto. The Argos signed him about a week after his release, bringing him into an interesting situation with McLeod Bethel-Thompson. I like the idea of these two guys pushing one another, but I think Nichols should have the leg up. Regardless, with the addition of Nichols and the retention of Bethel-Thompson, the Argos have more stability at quarterback than they’ve had in quite some time. 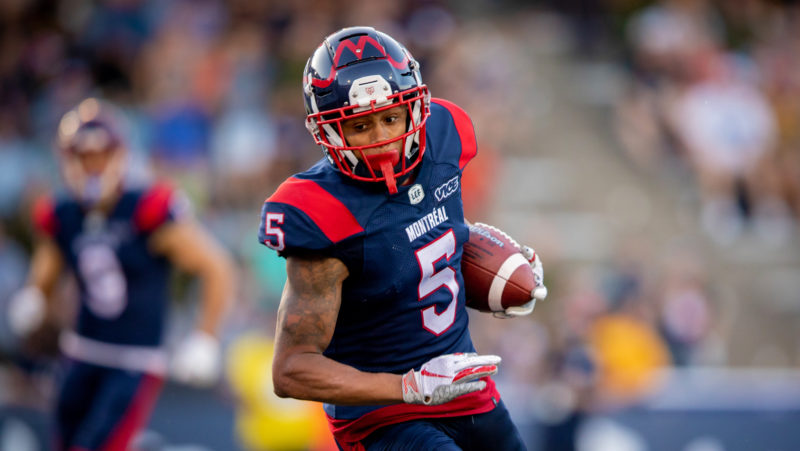 DeVier Posey headed to the Hammer, inking a deal with the Hamilton Tiger-Cats (MontrealAlouettes.com)

This one flew a little under the radar, but I really liked Hamilton’s addition of Posey. Since entering the league in 2016, Posey has been one of the CFL’s most understatedly dangerous receivers and has the opportunity to truly bust out with the Tiger-Cats. Don’t sleep on a player like Posey, especially on an elite team like Hamilton in a potential short season.

Posey’s talent level is as high as anyone in the league and is a former third round pick of the Houston Texans. While he’s yet to play a full CFL season, Posey has been productive and dangerous when he’s been in the lineup. The best example of that is his 2017 campaign with the Argos, where he caught seven touchdown passes and finished with 744 receiving yards in 12 appearances. He also set a Grey Cup record with a 100-yard reception in Toronto’s epic win over the Stampeders.

Posey’s 2019 in Montreal was solid, too. He went over 100 yards twice and finished with 780 in his 12 appearances, although injuries got in the way of a more productive season. Joining a receiving group with Brandon Banks and Jaelon Acklin gives the Ticats an impressive three-headed monster that should pose matchup problems for any opponent