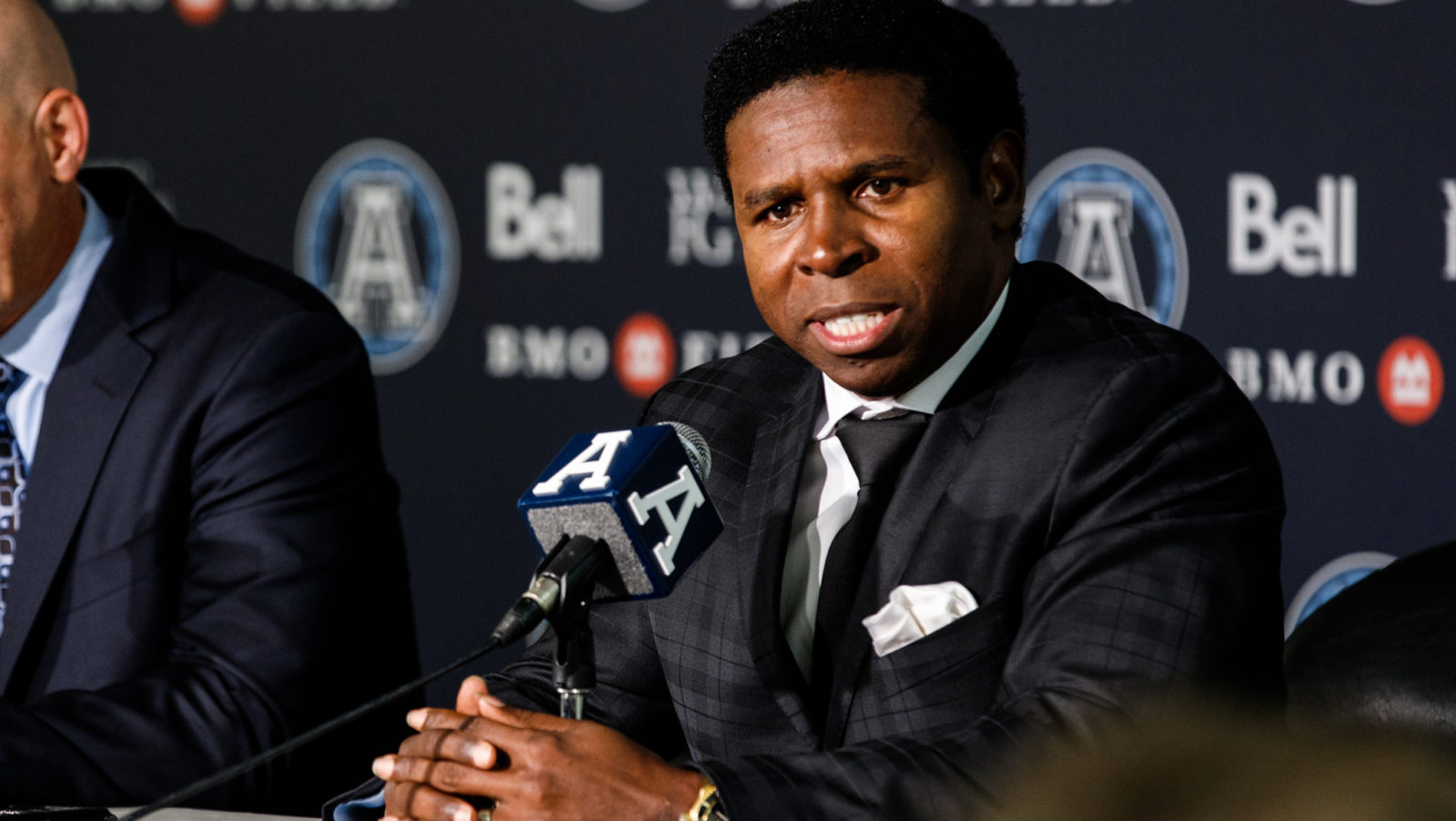 In a team-issued statement, Clemons said, “First acknowledging the unenviable challenges our nation and indeed the world has faced, we humbly convey with tremendous regret, the cancellation of the 2020 CFL season. At a time when businesses, communities and families have courageously battled uncertainty, to a yet uncertain end; we immediately think of our players, fans and partners to whom this outcome is most problematic.”

As part of the League’s decision to not move forward on a shortened campaign, commissioner Randy Ambrosie and the league’s Board of Governors stated that they will now shift their focus to building towards the 2021 season.  A sentiment that was echoed by Clemons.

“It is with greater conviction and an indomitable, indefatigable spirit that we now race towards 2021,” Clemons continued. “Champions embrace the challenge, so I know you’ll join me as we remove the barriers, reset our priorities, and reclaim our game. 2021…here we come!”

Clemons took over as Argonauts GM last fall and was set to debut a retooled squad under the leadership of rookie head coach Ryan Dinwiddie and former Winnipeg Blue Bombers quarterback Matt Nichols in 2020 prior to the COVID-19 pandemic put the season in jeopardy.