A statistical look at the ’07 Saskatchewan Roughriders 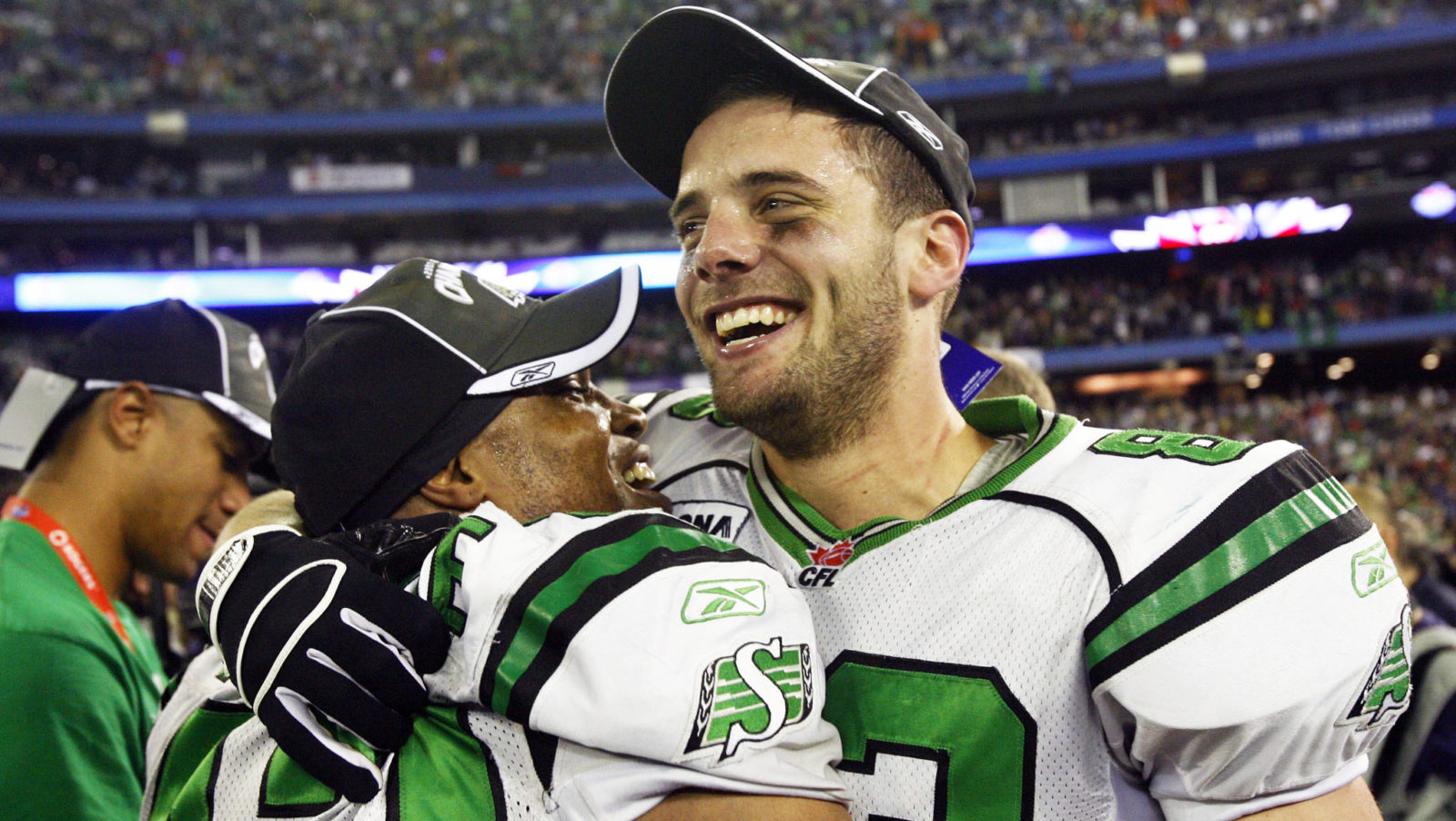 A statistical look at the ’07 Saskatchewan Roughriders

TORONTO — The ending of the Saskatchewan Roughriders 2007 season was exactly what they had hoped for.

They capped the campaign by hoisting the 95th Grey Cup, and in turn ending their long-standing drought, with a victory over the Winnipeg Blue Bombers at Rogers Centre in Toronto. It was a long time coming for the Riders as Saskatchewan hadn’t won a championship since 1989.

One of the game’s heroes was defensive back James Johnson. With under a minute left in the final quarter, he hauled in an interception, sealing the deal for the green and white. That interception also placed Johnson in the history books as the first player to have a trio of interceptions (one was returned for a touchdown) in a Grey Cup game. He was also named the contest’s Most Valuable Player.

RELATED
» CFL to honour the best of the last decade
» CFL.ca writers weigh in on the ADT debate
» Steinberg’s MMQB: Opt-out window grants some a short but unique opportunity

Offensive lineman, and now general manager of the Riders, Jeremy O’Day recalls in the latest Remote Reunion driven by Kubota a message that head coach Kent Austin had told the team before the season had got underway.

“I remember, actually the first day we had training camp at the University of Regina, he actually came into the meeting and kind of set the tone for the whole year,” said O’Day. “He actually, I don’t know if you guys remember, but he said in that first meeting that if anyone doesn’t believe that we can win the Grey Cup this season, they can go ahead and just leave the meeting.”

That belief and confidence helped the first-year bench boss lead his team to a win in the final game of the season and helped him to be named the CFL’s Coach of the Year.

12 — The Riders had 12 wins in the regular season, finishing the year second in the West Division with a 12-6 record (their highest finish since 1988).

24 — Joseph ended the regular season with 24 touchdown passes, which was the third highest total in the CFL behind Burris (34) and Glenn (26).

13 — Not only did Joseph throw TDs, he also called his own number and ran the ball into the end zone 13 times.

66 — Andy Fantuz had 66 catches to go along with his 978 yards and seven touchdowns.