Who’s the cream of the crop of All-Decade quarterbacks? 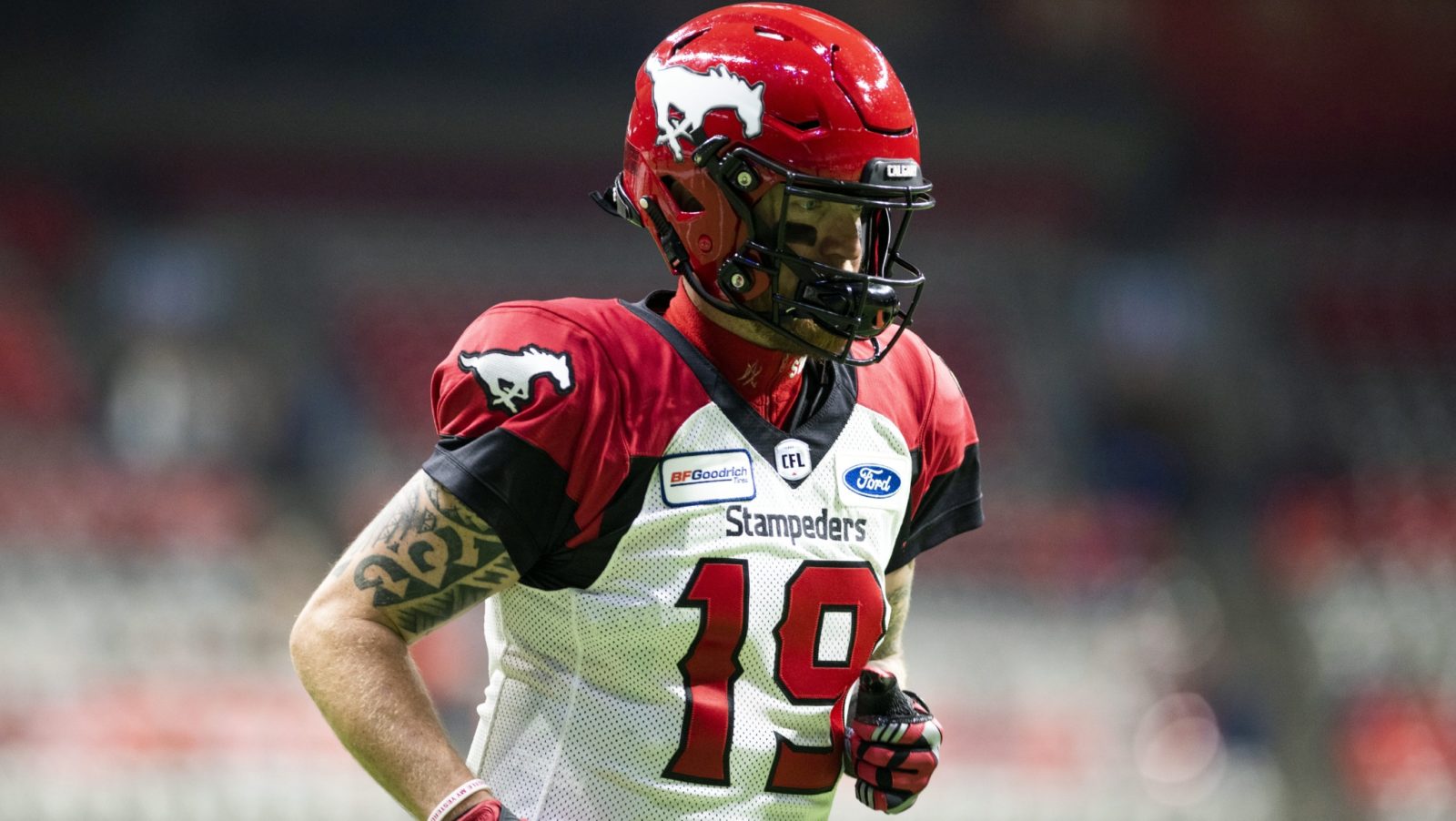 Who’s the cream of the crop of All-Decade quarterbacks?

The CFL All-Decade Team voting has taken over the conversation around the league, and now we’re into the home stretch.

The focus has now shifted to arguably the most important position on the football field, quarterback. With a number of individuals in the running for the lone spot on the team, this could be one of the toughest decisions of all, with several Grey Cup winners and future Hall-of-Famers with great cases to be the man.

On the latest episode of The Waggle presented by Sport Clips, Donnovan Bennett is joined by CFL.ca’s Pat Steinberg to chat about the All-Decade quarterback vote, who he had on his ballot and what the next 10 years could look like under centre in the league.

Episode 226: Debating the quarterback of the decade

EPISODE OVERVIEW: CFL.ca’s resident MMQBPat Steinberg joins Donnovan Bennett to debate the best quarterback of the decade for the All Decade team presented by LeoVegas.

“I’ve usually been like, ‘OK, throw a name out and does it hit you?’ Like if you were to say this guy is a Hall-of-Famer, does it feel right? And if it does, then I say he’s a Hall-of-Famer. But if it doesn’t, then it warrants a bit more discussion,” Steinberg said. “…With quarterbacks in the last decade, you have all the measurables, and that’s a position more than any other where you have the stats right in front of you.

“You’ve got quarterback rating, you’ve got yards, completions, touchdowns. There are so many different measurables for quarterbacks but you have to add in a little bit more to it.”

When judging who the best quarterback of the past decade was, you have to tussle with recency bias and who has been the most consistent over the span.

While names like Ricky Ray and Henry Burris were still playing in the league up until a few seasons ago — and flourishing — their long resume from 2010 on can’t be discounted. Despite that, it’s hard not to appreciate the golden age we’re in when it comes to top pivots.

With the likes of Bo Levi Mitchell, Mike Reilly and Trevor Harris at the top of the board, it makes this a very tough decision. All three individuals have Grey Cup championships to their respective names and all three are still slinging the ball and burning defences across the league into their 30s.

But when it comes to choosing from the 12 individuals, who is most deserving of the honour?

“When it was all said and done, I had Bo Levi Mitchell as my guy,” Steinberg said. “When you look at a high level of play in a given decade, and the fact that he only became a starter in 2014, nobody was able from 2010 to 205 maintain an elite level at the position on top of winning and having the team success that Bo did.

“…Nobody was good for as long or consistently elite for as long as Bo Levi Mitchell, and that’s what really swung it for me. On top of that, he’s got two Grey Cups and four Grey Cup appearances, and his record as a starter just on top of it really added up for me.”

Mitchell has been the picture of consistency during his career north of the border. He’s appeared in 136 games, putting up 27,937 yards and 169 touchdowns for his career. Maybe more impressive than that has been his durability. Before the 2019 season — where he was forced to just 11 games — he had missed just a single regular season contest in seven years.

When it comes to team success, the signal-caller has always put the Stampeders into a position to succeed, as they’ve made it to at least the Western Final in every year of Mitchell’s career ahead of the 2019 campaign.

He’s one of the faces of the league and has been a staple in the MOP conversation for years. But now that the 2010s are done, the question shifts to who will hold the mantle of best quarterback for the 2020s.

There are a number of exciting quarterbacks coming up through the ranks, but it was Montreal’s Vernon Adams Jr. that got the vote from both Bennett and Steinberg.

“Vernon Adams is just so exciting to watch and watching him run the offence and be able to do the things that he does with his feet, I really like the way he’s come along,” Steinberg said. “He was looked at as maybe the guy to replace Anthony Calvillo in Montreal, but that was five years ago. He bounced around between a couple of different teams before coming back to Montreal, and all that time, he was able to get some time behind some more experienced quarterbacks and learn the Canadian game a little bit more.

“He’s become more comfortable with the wider field and three-down football. The guy looks like a completely different quarterback.”

Adams wasn’t even the Alouettes’ starting quarterback for their opening game of 2019, but an injury to Antonio Pipkin opened the door for the 26-year-old. He’d become one of the breakout stars of the year, helping the Als return to the postseason for the first time since 2014 in the process.

Another name mentioned by Steinberg was Dane Evans, who was able to help take the Hamilton Tiger-Cats to the 107th Grey Cup presented by Shaw. But one name that had temporarily slipped his mind was Cody Fajardo, whose efforts for the Saskatchewan Roughriders earned him a Most Outstanding finalist nod in 2019.

“I was thinking in my head there were three young quarterbacks, so apologies to Riders fans. If they’re listening, they’re probably yelling at their computers right now,” Steinberg said. “Yes, Fajardo is absolutely in that conversation. In the same way as VA, what Fajardo has done and how he has grown as a quarterback, same conversation.

“I apologize because he absolutely deserves to be in that conversation.”

While there have been some incredibly talented names to run offences in the CFL over the past 10 years, fans will be extremely excited to see what the future holds at the quarterback position. Regardless of who the best pivot will be over the next decade, the position is in good hands with the players who started their respective legacies in 2019.