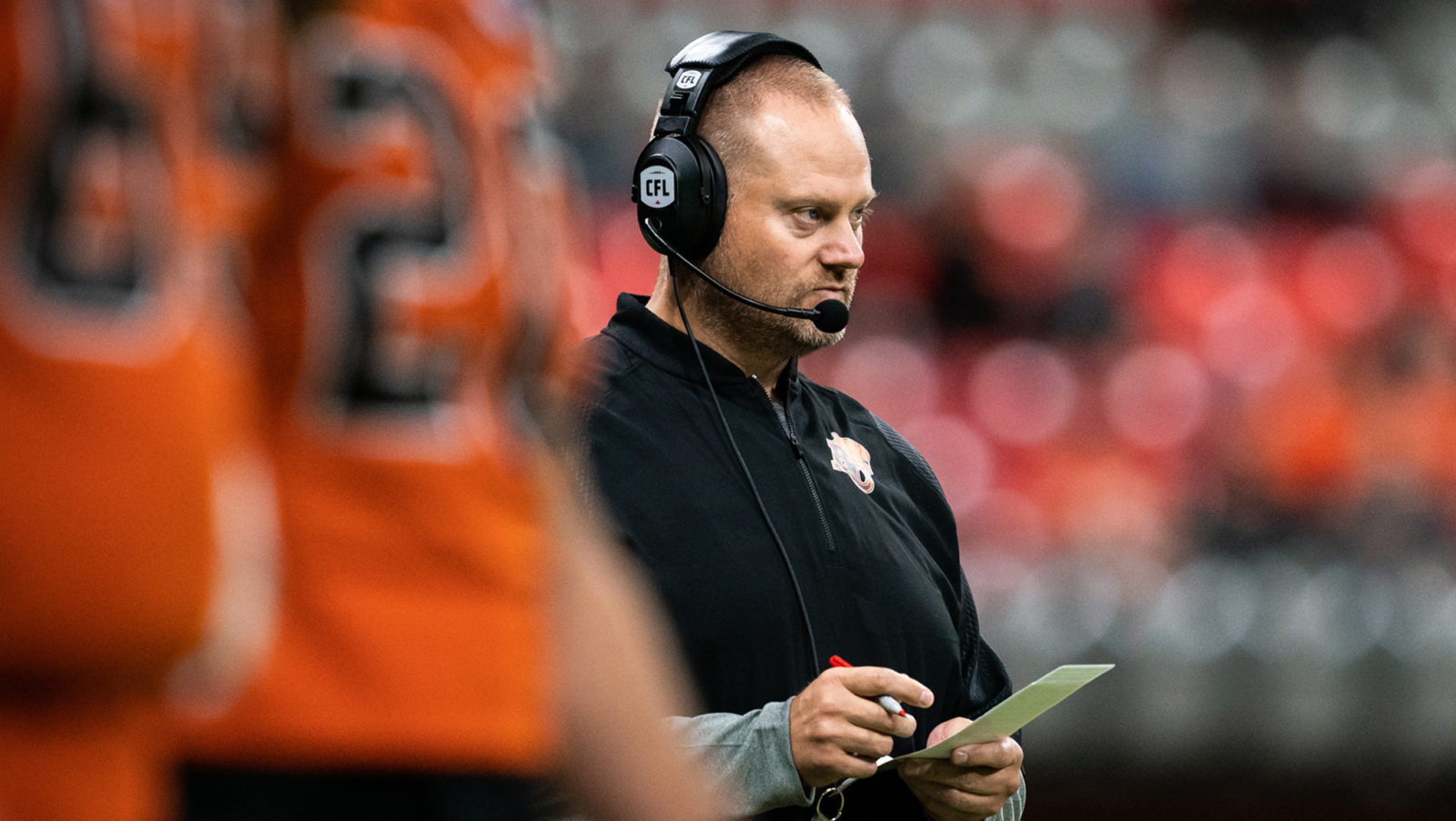 There is just something special about the Grey Cup. For Kelly Bates, it has always been near and dear to his heart. A self-confessed Grey Cup romantic, if you will.  The Lions offensive line coach joined Matt Baker on episode 34 of 1st and Now, the official BC Lions podcast.

Bates told all kinds of personal stories about the Grey Cup, including how much it will mean for him to purchase a spot on the Grey Cup Fan Base for his father Lyle, who is a big reason Kelly got into the CFL as a young kid in Quail Lake, Saskatchewan. Disclaimer: the etching of Lyle’s name on the Base is meant to be a Christmas present. Thankfully, Kelly believes the chances are slim to none that his dad will go on the internet before Santa comes visiting.

“If he gets his phone turned on and off right, I think he’s okay. So I think we’re going to be okay here,” Bates chuckled.

“Us as players and coaches, that’s what you strive for year in and year out is to get your name on the Grey Cup. We’ve seen it. Fans make our league go. If we don’t have fans, we don’t have a league. For us to see how important it is to them, what a great opportunity. I was born and raised a CFL fan and that all comes from my parents, in particular my father. To give him something like that, you can’t pass that opportunity up. You just can’t.”

A fourth round draft pick of the Lions in 2001, Bates recalls the first time he saw the Grey Cup up close. His first encounter was quite different than the average CFL follower.

“They had won it in 2000. And back then at the end training camp, they held their ring dinner,” Bates remembered.

“I’d been a draft pick that year, had a decent camp and got to stick around and go to the ring dinner. I got sat at a table with Annis Stukus, who is one of the most famous CFL players and coaches of all-time, and I remember seeing it up there as every player went up to get their ring. I remember I think Cory Mantyka coming by and saying ‘you going to go up and see the Cup?’ I looked at him and said, ‘I’ll touch that Cup when I’ve earned that Cup.’  And he looked at me and goes ‘that’s the right attitude.'”

This year with no action on the field, CFL fans have an opportunity to have their cheers heard for years to come. CFL fans from coast to coast have a chance to etch their place in the history and the future of the league we all love. To learn more, click here.

“Maybe I’m biased, or maybe I’m a little more romantic about it than most but I feel like most young Canadians that love the game of football coming up, they feel that way about that Cup,” Bates said. “It is a symbol and everybody that plays this game at some point in time dreams of lifting that Cup up.”

Bates would have to wait five years to hoist it for himself. He, of course, is best remembered for accidentally breaking the trophy apart during the on-field celebrations after they took down Montreal 25-14. He goes into that story during episode 34 as well!

Along with talking about Grey Cup moments and growing up in a small Saskatchewan town where he also played hockey, Kelly also spoke about the current times and how his group of offensive lineman is preparing the right way for whenever they get back on the field. Before COVID-19 turned the world upside down, a core group of them had been working out regularly at the team’s training facility.

“To have success, you have to put in the work. It doesn’t just happen by showing up,” Bates explained.

“I believe that the pride of that group was hurt with the way things started last year and I think they took it personally. They came together as a group. They had a plan and they put the time in. As you know, living out here isn’t the cheapest, it’s not the easiest place to afford to live and credit to them, they stayed together as a group and they started to put the work in. I was really truly excited to get to work with these guys. To get a training camp and some prep time in to install the protection, the run game and have that time to work with a group that is as hungry as them, I’m not going to say we’ve lost out because we don’t get to have them (this season) but I can still see the hunger that is burning in them and I have no reason not to expect it will start to occur again this offseason when they build themselves up for next year.”

A Grey Cup romantic who is also a very dedicated coach. To quote one of Bates’ mentors Dan Dorazio, “he’s what you want.”