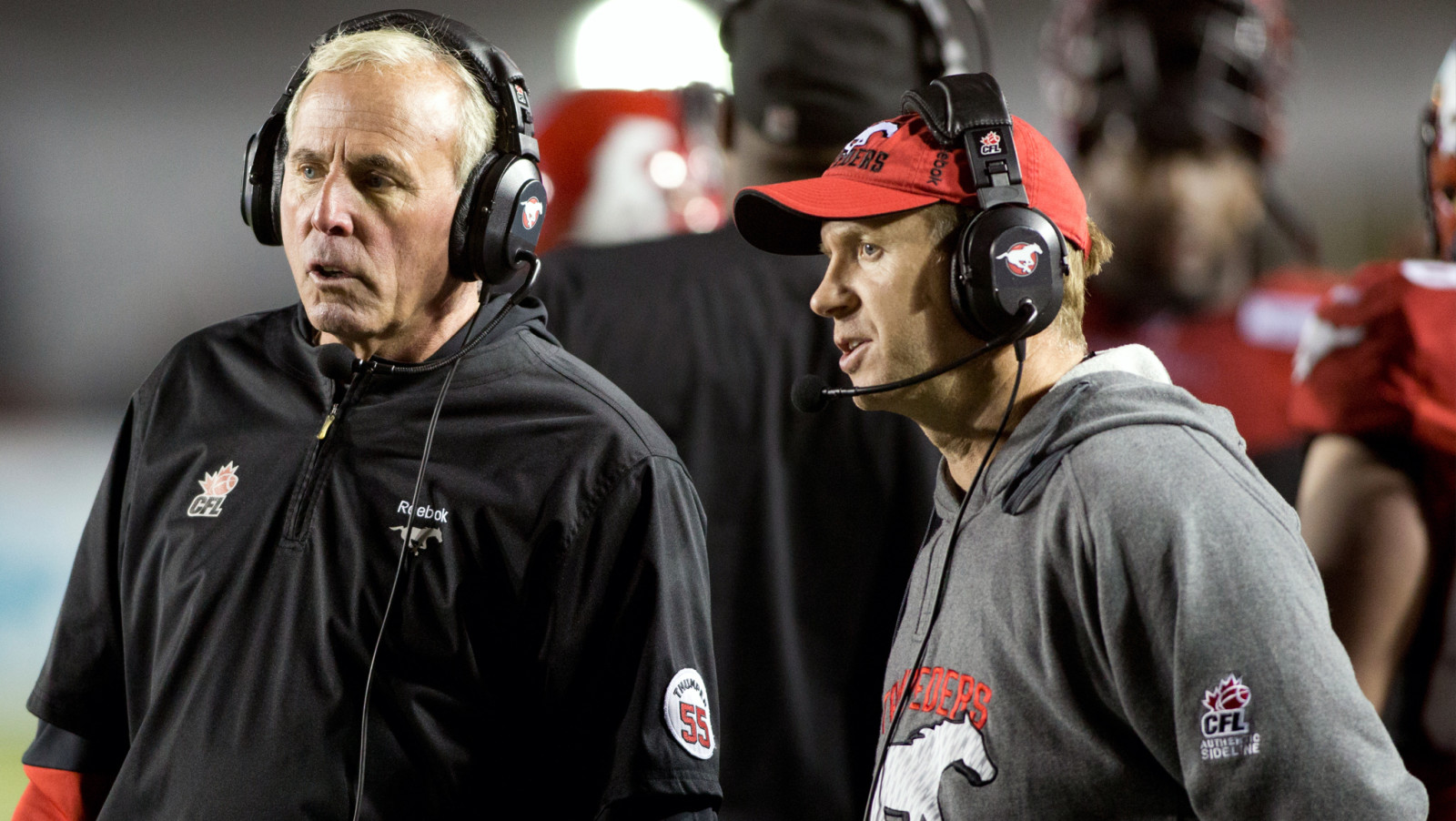 I can’t stress how fun being part of the first ever CFL All-Decade Team presented by LeoVegas has been. It has been a really fun diversion in the absence of a 2020 season and has shone a spotlight on how many elite players have come through this league over the last ten years. We’re not done yet, though, because we’ve still got one more window yet to open later this week: head coaches.

Do two Calgary coaches lead the way for you? After all, Dave Dickenson’s success rate is virtually unmatched since taking over on the sidelines for the Stampeders. After understudying for seven seasons as running backs coach, quarterbacks coach, and finally offensive coordinator, Dickenson finally was given the head coach reins for 2016. It’s pretty hard to criticize what has happened since.

In Dickenson’s four years as head coach, the laundry list of accomplishments is impressive. Three first place finishes, three wins in the West Division Final, three trips to the Grey Cup, one Coach of the Year award, and one championship in 2018. Calgary’s worst season under Dickenson was the most recent, where they still finished 12-6 and lost out to the eventual Grey Cup champion Blue Bombers in the West Division Semi-Final.

» CFL to honour the best of the last decade
» VOTE NOW: Quarterbacks
» Full list of nominees at each position
» ADT Voting schedule
» Steinberg: The best big-game QB performances of the decade

Dickenson’s current boss and predecessor deserves significant consideration, too. John Hufnagel racked up plenty of voting credentials in his six years as head coach during the 2010’s. The Stamps made the Grey Cup twice in Hufnagel’s tenure, including a 2014 win over Hamilton, and failed to make the West Final on only one occasion. Hufnagel also picked up a Coach of the Year nod in the decade, his second overall to go along with 2008.

By no means is this a red and white lockout, though. Despite living in four CFL cities over the last decade, Chris Jones needs to be in this conversation, too. It’s not just for the accomplishments, either, although those are impressive: a 2015 Grey Cup in Edmonton and a 2018 Coach of the Year win top the list. But it goes far beyond that for me.

Jones merits a ton of conversation for his ability to step into tough situations, make an immediate impact, and set two teams up in great fashion going forward. Jones’s first head coaching gig came with Edmonton in 2014, coming off a 4-14 season the year before. They were 12-6 in year one under Jones and 14-4 Grey Cup champs in year two.

After jumping to Saskatchewan for 2016, Jones was in another tough spot following a dismal 3-15 campaign the prior year. The Riders made solid strides in year one and finished at 5-13 before improving to 10-8 and 12-6 the next two seasons. Jones left for the NFL following 2018 and left successor Craig Dickenson a great foundation to build on, which he did with a 13-5 finish last year.

Finally, don’t forget about the only two-time Grey Cup winner in this conversation. Marc Trestman won his first title of the decade with Montreal in 2010, completing the league’s most recent back-to-back. The Alouettes popped off two more playoff appearances the next two seasons before Trestman caught the eye of the NFL. He’d leave for Chicago as head coach in 2013 and also spent time as Baltimore’s offensive coordinator before returning to the CFL four years later.

Trestman was reunited with general manager Jim Popp in Toronto for the 2017 season and made an immediate positive impact. The Argos went from 5-13 to 9-9 in Trestman’s first year, beat the Riders in a thrilling East Division Final and followed up with one of the most memorable recent Grey Cup wins over Calgary a week later. When Toronto struggled the following season, it was the first time ever a CFL team coached by Trestman failed to make the playoffs.

Much like the rest of this All-Decade Team, voting for one head coach was extremely difficult. For me it came down to this elite group of four, though, and determining my final vote did not come easy. 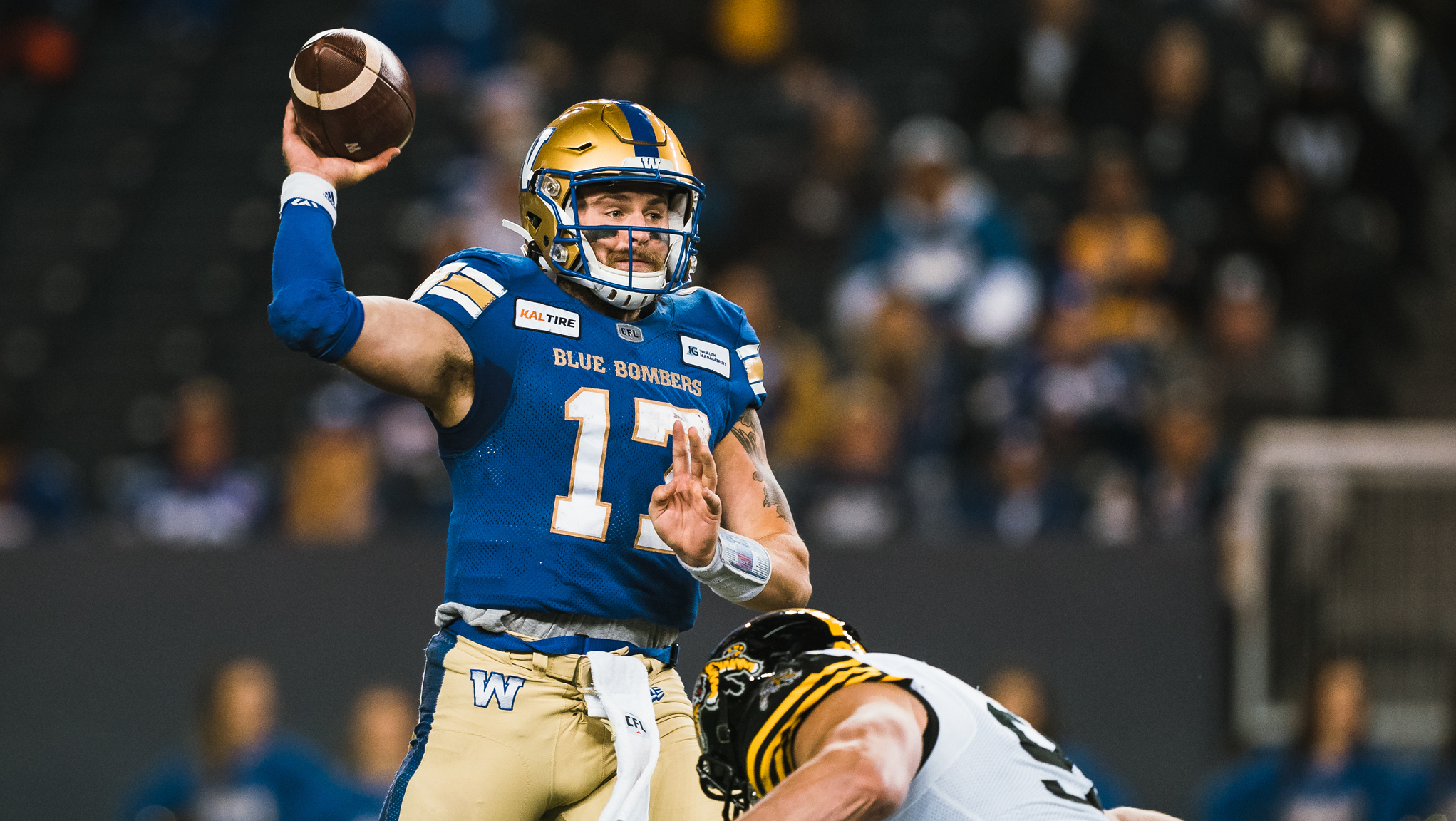 It was nice to see real life, high-level football back over the weekend. While it’s disappointing we aren’t reacting to Labour Day rematches this Monday morning, at least action south of the border got the football juices going again.

More than anything, it got me excited for the prospects of a 2021 CFL season for a couple reasons. Knowing the league has a good six or seven months to work behind the scenes and put plans in place, would it be completely crazy to think we could see fans allowed in nine cities next summer in some form or another?

I’m not an epidemiologist or a public health official (shocking, I know), but seeing a pair of NFL cities (Kansas City and Jacksonville) allow limited fans from week one was encouraging. More teams could be permitting scaled-back attendance in the coming weeks. We can’t predict the future, so we won’t know if it’ll be safe to continue this. Regardless, though, one thing I do know is the CFL will be watching their US counterparts closely.

Much like what we’ve seen in the NHL and NBA, playing with no fans didn’t really seem to have an affect the play on the field. The games were competitive and exciting, which makes it easy to believe the same will be true if the CFL plays in empty or partially full stadiums next year.

Finally, it was very cool to see one of last year’s best stories make his official NFL debut. Sure, it was just one carry for three yards, but it was a pretty vintage short yardage dash from Chris Streveler, wasn’t it? Now with the Arizona Cardinals, Steveler took a third-and-short direct snap late in the third quarter and converted for a first down. It kept a touchdown drive alive and helped the Cardinals to a 24-20 win over San Francisco. Not bad for game one.