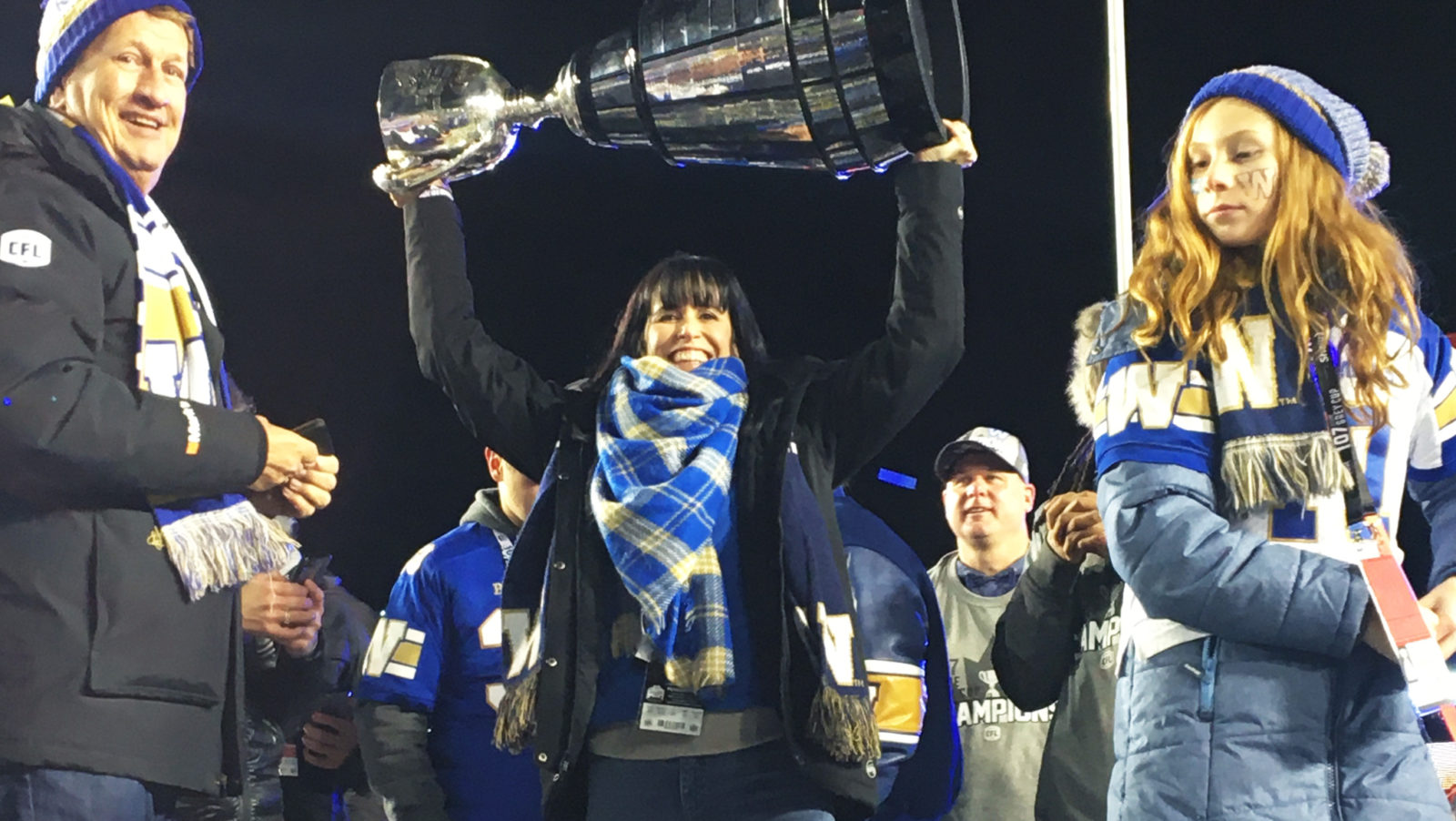 TORONTO — There was a moment during Grey Cup Week last year that Dayna Spiring realized that she was on the verge of making history.

It was the Thursday night of the week, when the Shaw CFL Awards were taking place at the Saddledome in Calgary. She was standing by the Grey Cup, a few days before the Winnipeg Blue Bombers would take home the trophy after defeating the Hamilton Tiger-Cats, when one of the Grey Cup handlers approached her.

“The keeper of the Cup came up to me and asked if I wanted my picture (with the Grey Cup) and I knew the right answer was no, because you can’t have your picture with the Cup unless you win it,” Spiring told Donnovan Bennett on the latest episode of The Waggle podcast presented by Sport Clips.

RELATED
» CFL stars weigh in on the league’s fastest player
» All-Decade Team: Vote now for coaches
» An oral history of the Banjo Bowl

“So I stayed clear of that but he said, ‘you know, Dayna if you guys win on Sunday, you’re going to make history’ and I said, ‘yeah, it’s been 30 years, it’s great, we’re going to make history.’ And he said, ‘no, no, no, your name will be on this Cup.’ That was the first that I heard of it and it was the first that it even popped into my head and it gave me goosebumps then and even thinking about it now gives me goosebumps.

Spiring is the Winnipeg Football Club Board of Directors and in November at the 107th Grey Cup presented by Shaw, she did make history. With the Bombers’ win over the Tiger-Cats, Winnipeg ended their long-standing drought and Spiring became the first woman in CFL history to have her name inscribed on the Grey Cup.

The journey to becoming the first woman on the Grey Cup began many years ago when Spiring was an avid Bombers fan and she attended games with her husband. 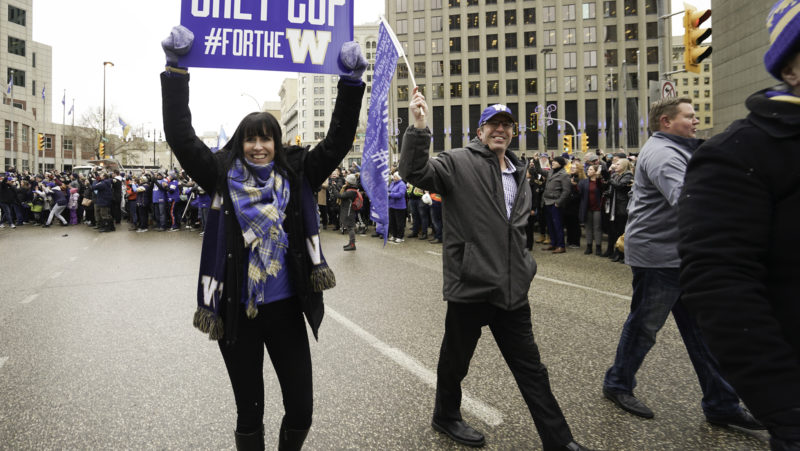 “It was actually David Asper,” remembered Spiring. “Who has been a champion of the Blue Bombers for many years, called me and he said, ‘Dayna, we need some people on the board, we need some women on the board and we need a woman who can hold her own. I really want you to think about that.’ I said, David, you know I don’t know a whole lot about football like I’m never going to be able to tell you who should be quarterback.’ He said, ‘Dayna, the last thing we need is for the boards tell us who should be quarterback, we’ve got people for that. We need you to come here and we need you to run the business and we need you to look at this organization with a business eye and something that represents our community.’

“So he convinced me to join the board several years ago and I did that. I became Vice Chair a couple of years in and then ultimately became Chair in January.”

Being the first woman to have her named etched on the coveted trophy means she has started inspiring women, including a Bombers volunteer, who heard of the history that she made last year.

“There was a woman actually that was a volunteer for the Winnipeg Blue Bombers 50 years ago, she’s in a nursing home now, and she saw my picture on the front of the paper hoisting the Grey Cup. One of her family members wrote me a note saying that she was involved with the football club 50 years ago and this meant a lot to her. So that was that was pretty exciting to hear and again very humbling.

“I mean, we’re here because of all the people who laid the foundation over many, many years so I was in the right place at the right time and the stars aligned when I became chair that would football club. The fact that we went out and won a Grey Cup, I can’t take a whole lot of credit for that other than being in the right place at the right time and having those opportunities I think is great. If I can be an example for young girls or or older ladies that have done similar things throughout their lifetime in their career, I think that’s again really humbling and something that I’m very proud of.”