All six windows for our first ever CFL All-Decade Team presented by LeoVegas are now open. Voting on head coach started last week, which completes the rolling out process that started back in early June. The next step now becomes tabulating the results based on voting from fans, our selection committee, and a media panel.

I have to say: being a part of the media panel has been an honour and it has been cool to discuss some of these difficult decisions with different contacts around the league. I know for my picks I spoke to current and former players and coaches along with some of my fellow media honks so I could feel totally confident in my final submissions.

So, now that voting is open in every category, I thought it would be a good time to go through where I landed on my final ballot. I don’t want to influence how you end up voting, but I figure we’ve got tons of submissions at this point and I’m pretty safe. Instead, I’d rather hear how your final votes compared to mine and where you think I missed the mark.

I’ve got a few notes on how I went about my voting. As Marshall Ferguson and I debated early on in the process, I thought it was more important to prioritize a player’s contribution when he played over the course of the decade opposed to how long he played. That said, in some cases like Hughes and Smith, it was impossible to ignore their ability to remain elite over the entire ten-year period.

There wasn’t an easy position to vote on in my opinion. Thinking back, though, I found receiver to be the most difficult one to come to a final consensus on. It was just so stacked over the last decade, which means I painfully left numerous elite, deserving players off the list when it was all said and done. I could only vote for five!

In the end, I wasn’t able to vote for the likes of Fred Stamps, Jamel Richardson, Marquay McDaniel, Greg Ellingson, or Brad Sinopoli. Any one of those guys could ultimately and very easily end up on the All-Decade Team and would be extremely deserving if so.

I think the “easiest” decision for me was at defensive end, but even then I wouldn’t use the E-word. The best word to use is probably definitive, because I thought Hughes and Jefferson were firmly the best at their position in the 2010’s. That’s meant with no disrespect to John Bowman, Shawn Lemon, or any of the other contenders at the position.

But when you consider Hughes averaged almost 12 sacks a season while playing all ten years of the decade, he needed to get one vote. With Jefferson, it wasn’t just about his stats (even though they’re very strong) but about his overall impact on the field. Jefferson’s athleticism made him one of the few players opposing coaches would specifically game plan for each and every week.

What I found perhaps most difficult was making sure I focused just as much on the first half of the decade as the last. For instance, a player like Jovon Johnson played up until 2018, but was at his most impactful in the first few years of the decade. That’s where talking to a few former players really helped round out my ballot.

As voting starts to wrap up in the coming weeks, we’ll move closer to the unveiling. With as many people involved, I’m fascinated to see how the first and second teams end up looking. How close is my ballot above? How close will yours be?

I wanted to make a correction to last week’s column, because I had a somewhat embarrassing oversight when framing the opening of voting for coaches. I highlighted Dave Dickenson, John Hufnagel, Marc Trestman, and Chris Jones, who are all extremely worthy of being spotlighted. But Mark on Twitter drew my attention to one coach I missed: Rick Campbell.

Well, I’m here to fix that, because Mark is absolutely right. There’s no excuse, but I think the main reason I omitted Campbell was because his tenure ended in Ottawa during the offseason and we’ve yet to see him guide the BC Lions. Couple the loss of the 2020 season with a really rough 2019 campaign for the REDBLACKS and Campbell got unintentionally lost in the shuffle. That’s my bad.

Campbell is absolutely in the same category as the coaches I highlighted last week. After a difficult expansion year in Ottawa, Campbell guided the team to four straight playoff appearances starting with their second year of existence. That year, 2016, saw the REDBLACKS finish first in their division at 12-6 and ultimately lose to Edmonton in the 103rd Grey Cup. 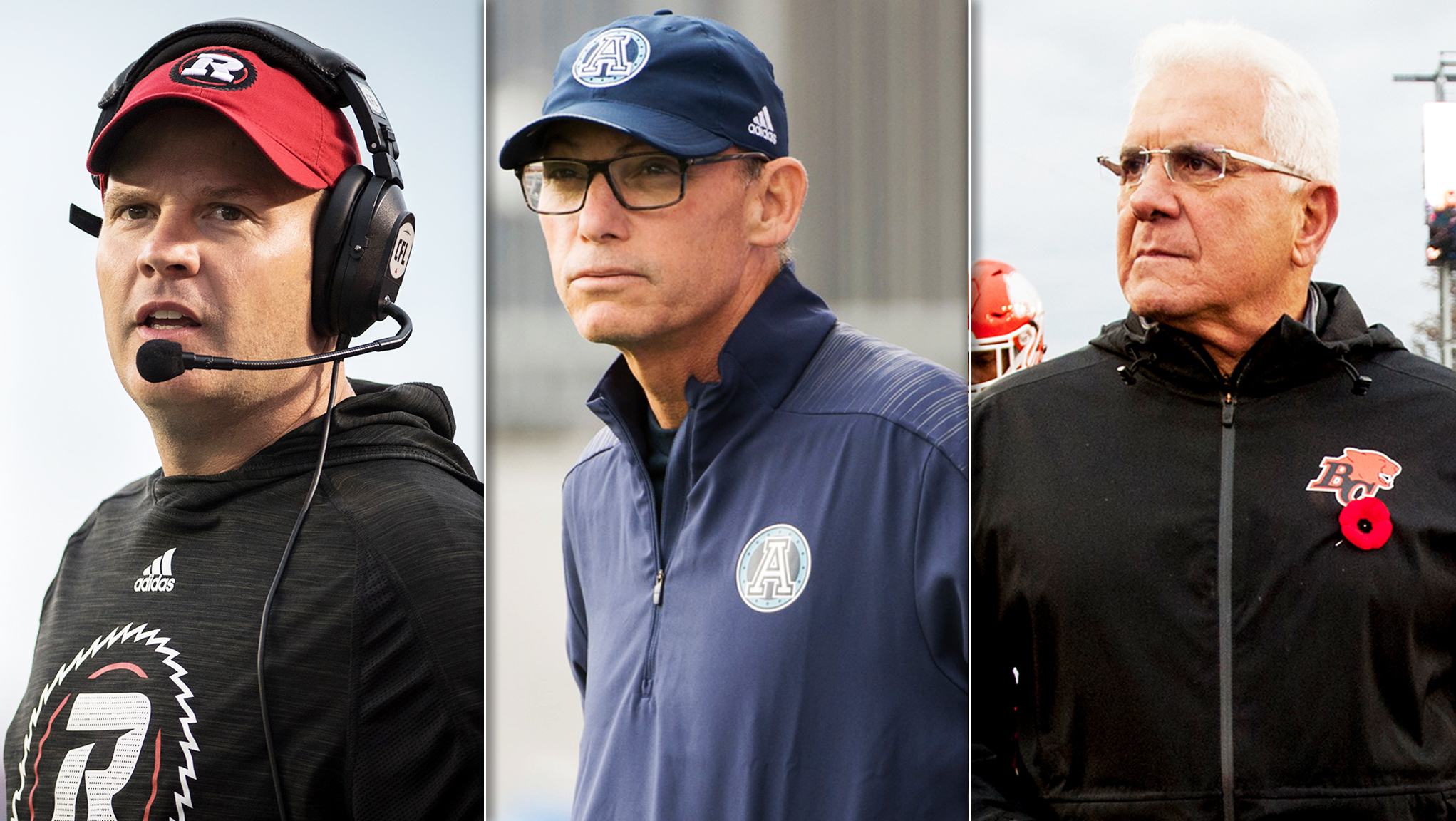 One year later, despite seeing their regular season record take a step back, Ottawa got back to the Grey Cup and put together an incredible performance against Calgary. Those two teams met again two years later in the 106th Grey Cup, with the Stamps prevailing this time.

Over a span of four seasons, Campbell was at the helm for one Grey Cup win, three appearances, three East Division Final wins, and three first place finishes in the regular season. Sure, not focusing on him last week was unintentional, but with results like that, I felt I needed to correct the oversight.

As you see above, my vote for All-Decade Team coach ultimately went to Dickenson. The combination of Grey Cup appearances and high-end regular season success was the tipping point over Campbell, Hufnagel, Trestman, and Jones. That said, if your vote went to Campbell, I can’t argue with it being a correct choice. What he did in the last decade puts him with an elite group of five, not four.