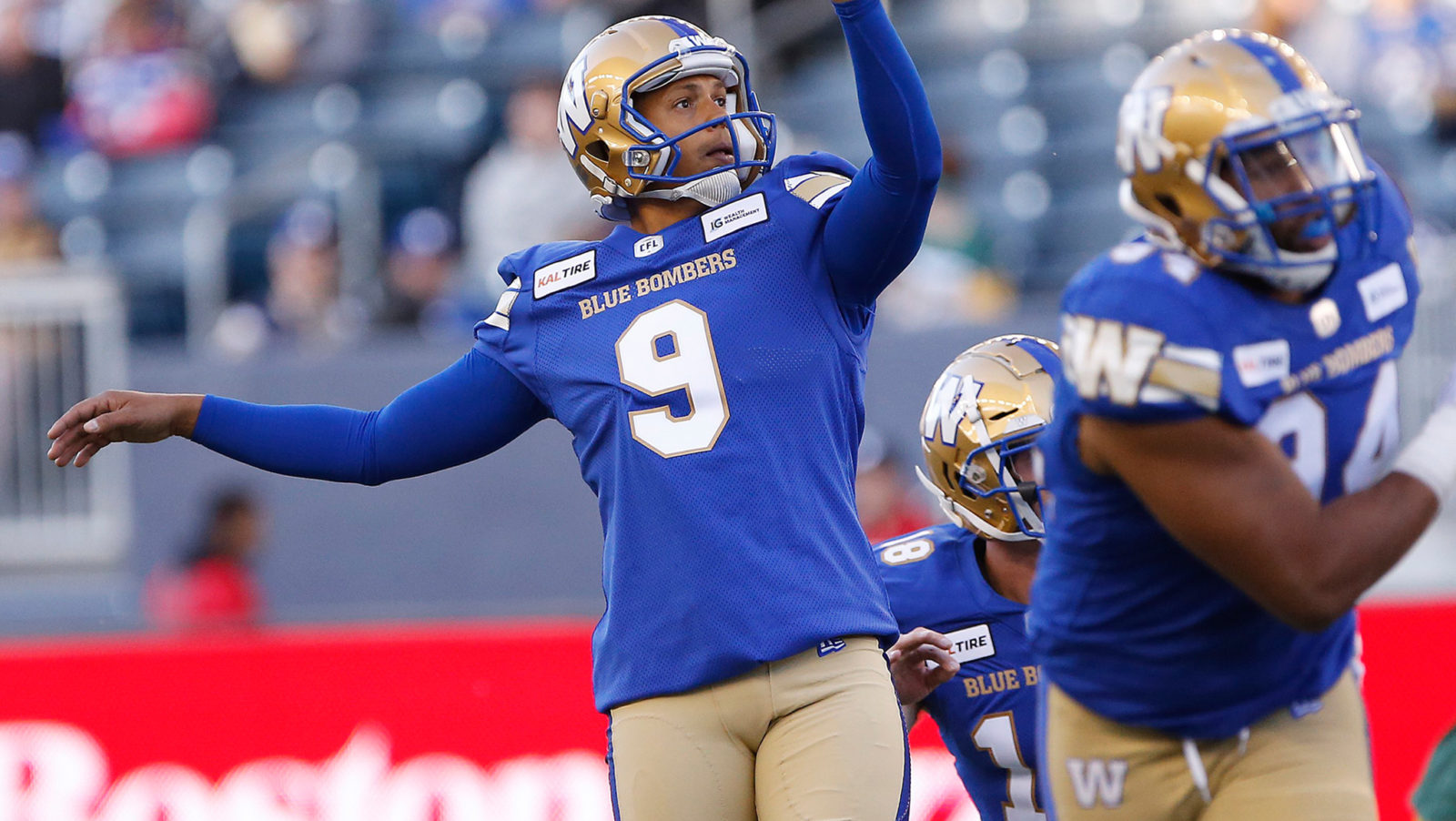 It happened last weekend – actually, it happens almost every weekend during the National Football League season – when a kicker whiffs on a field goal attempt and your humble agent says out loud to no one in particular:

‘Justin Medlock would have made that.’

Admittedly, there’s some bias at play here, but we are talking about one of the most accurate kickers in the history of the Canadian Football League, and a guy who has a career 86.5 field goal percentage hoofing it in the rain and snow, wind and heat.

Just for the record, there were six kickers in Week 1 of the NFL who finished their days 50 percent or less on their field goal tries – including 15-year veteran Stephen Gostowski, who missed a convert and his first three attempts before hitting a 25-yarder with 24 seconds remaining to give the Tennessee Titans a 14-13 win over the Denver Broncos on Monday night.

Gostowski, who is 36 – like Medlock – missed most of last year due to injury, was released by the New England Patriots in the winter and only added by the Titans on September 7. He missed from 47, 44 and 42 yards – plus the convert – before saving the night from total disaster on his last kick.

Over the last few weeks after the cancellation of the CFL season, a handful of kickers have opted out of their contracts to get NFL looks, including Lirim Hajrullahu, Sergio Castillo, Richie Leone, Lewis Ward and Brett Lauther. 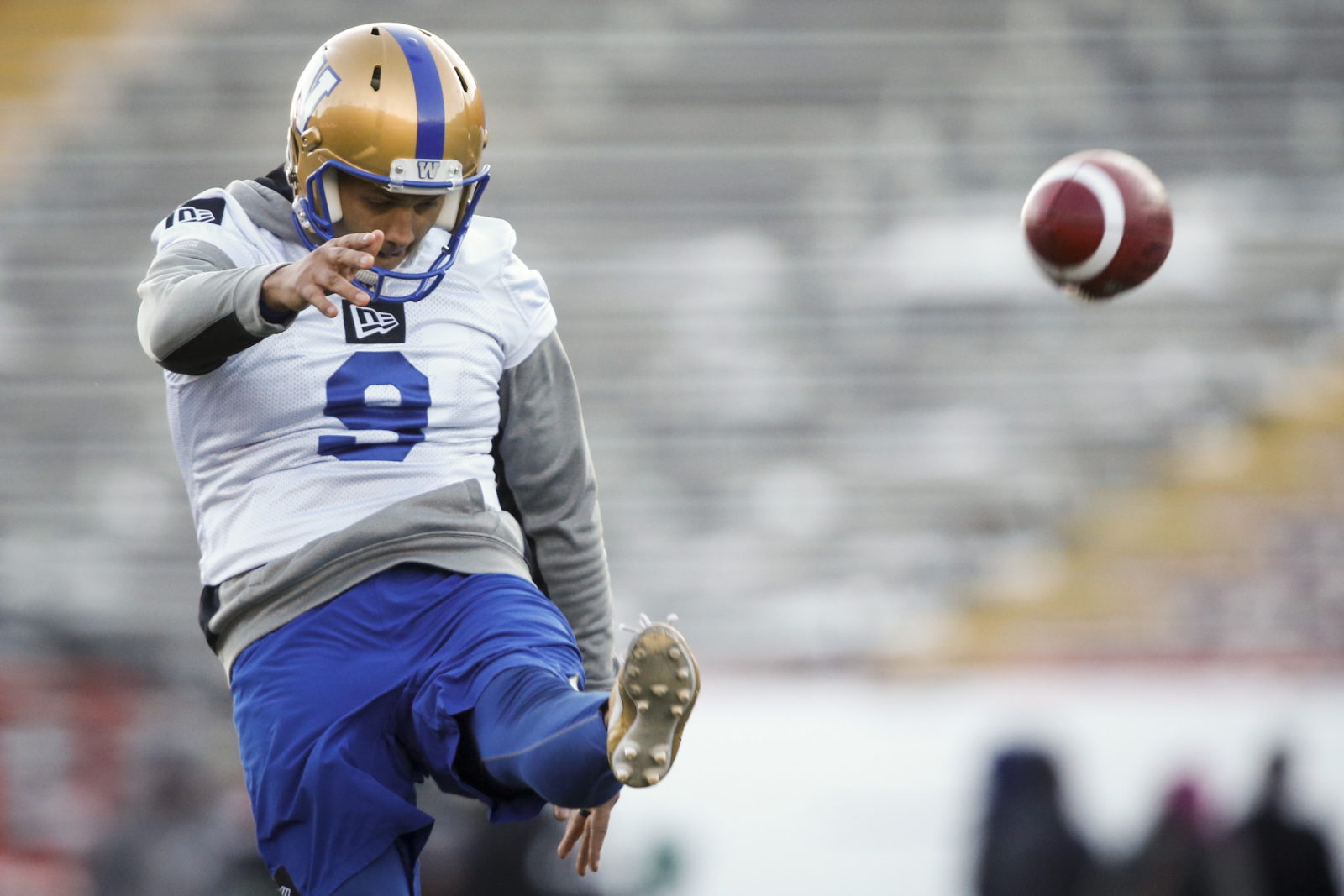 Medlock makes a kick during a Blue Bombers practice (BlueBombers.com)

“My situation is different,” began Medlock in a phone conversation with bluebombers.com on Friday. “Opting out would have meant I would have missed out on the medical (coverage, as guaranteed by CFL through to next training camp) and that’s a big thing for my family.

“Where I’m at in my life, that’s big reasoning for me. Then… when you’re chasing the NFL dream that can get a little bit old. Sometimes you just need to know where you’re at in your career and I’m older now.

“Kudos to everyone who is trying it. It’s not as easy as everyone thinks it is. I’ve done it before and made it. And I’ve failed a few times, too. It’s not the easiest road and it’s not the most pleasant of roads, either.”

A consensus First Team All-American in his final year at UCLA, Medlock was a fifth-round draft choice of the Kansas City Chiefs in 2007. He began the season as the Chiefs kicker, but was released in mid-September of that year, beginning an odyssey that ultimately has taken him to Winnipeg, where he has spent the last four years after stops with – inhale here – the St. Louis Rams, Toronto Argonauts, Washington Football Team, Detroit Lions, Omaha Nighthawks of the United Football League, Toronto again, Edmonton Football Team, Hamilton Tiger-Cats, Carolina Panthers, Oakland Raiders and Hamilton Tiger-Cats.

“The timing is a big part of it this year,” said Medlock. “Nobody knew what was going to happen with the CFL for the longest time. At the last minute there was the opt in or opt out decision. If they would have mentioned that in April… maybe I would have taken a chance.

“I know what it takes to be a kicker down there and I knew that when they made that option available to us I knew I wouldn’t be ready to kick at the level I want to kick at. I could still go there and kick well, but…”

Medlock’s voice trailed off here and you could hear the sounds of his two young kids in the background.

“Everything’s good here, what can I say?” said Medlock. “We’re grinding away, but we’re enjoying it. We’ve enjoyed the summer.”

More from Medlock from this week’s edition of 1st & 10… 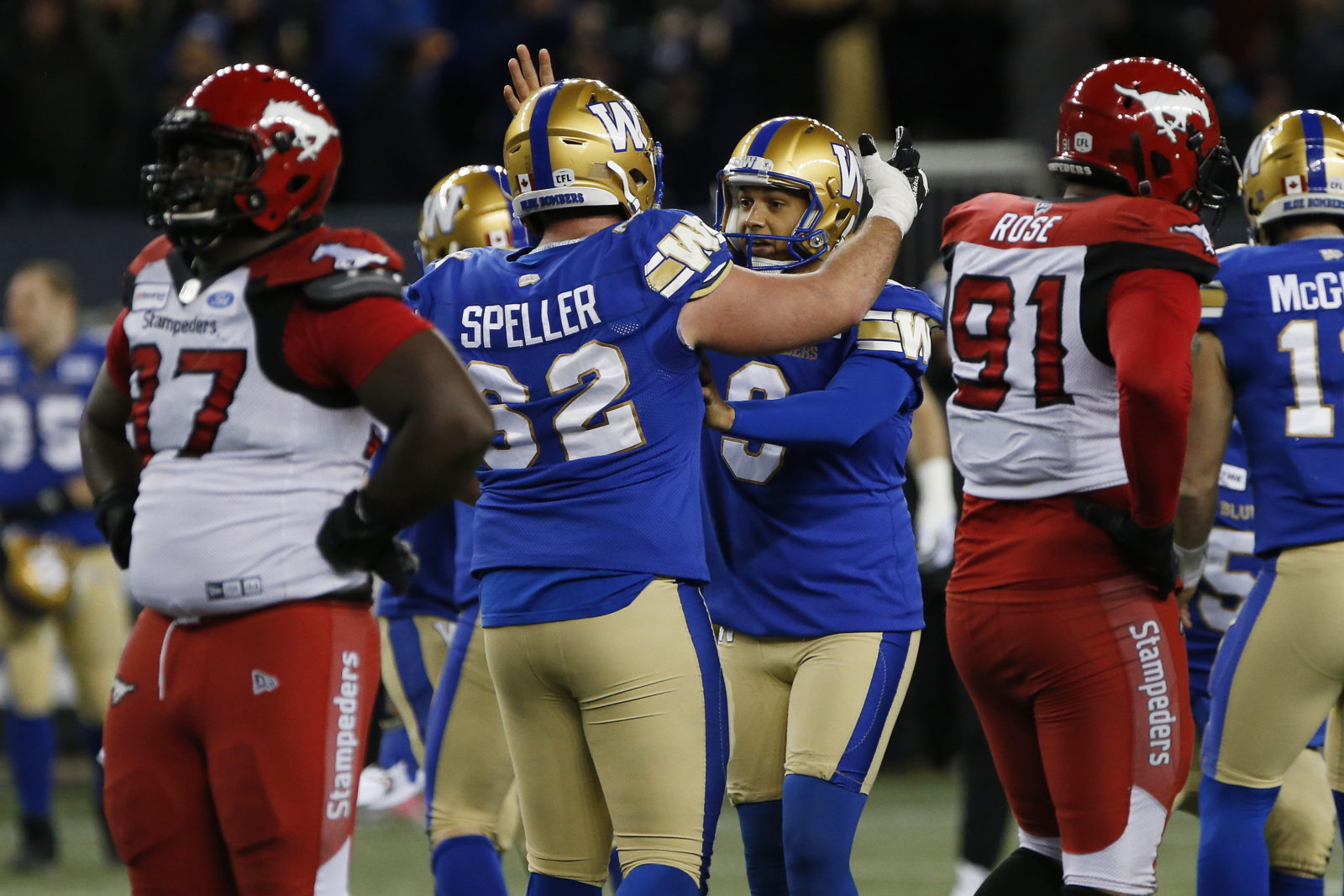 Medlock has been with the Bombers since 2016 (BlueBombers.com)

1. Some insight from Medlock at the current kicking situation for NFL teams…

“It was definitely a little shocking to see what happened in Week 1. There were a lot of missed kicks,” he said. “You can tell mentally it’s a different game with no fans and they didn’t really have an off-season… I don’t know how it’s going to play out.

“I will say there is a benefit this year for them because there is an open spot on the PR (practice roster) where teams are carrying an extra kicker. That creates another up 32 jobs available for kickers. I sure wish I would have had that when I was younger.

“That’s the benefit, but also the challenge. You can just go ‘Oh, our kicker missed three field goals’ and then have a workout the next day (with another kicker). You’ve got to go to do the COVID testing… they’re not going to be as quick to change kickers like they would have in the past.”

2. Yours truly asked Medlock if he had received his Grey Cup ring yet, as they are being couriered to guys all over North America – and to Germany for Thiadric Hansen.

Medlock laughed at the question and when I asked why he was chuckling he added:

“Right now it’s down the street at FedEx, being held up and they won’t release it to me. I just laugh. I think it’s funny… it seems like some fans are rubbing in to the players with ‘You mean you haven’t got your ring yet?’ and saying ‘We got ours already!’

“That’s the crummy thing about this. Obviously, 2020 has been a very difficult year but getting your ring like that and seeing it virtually… it’s not the same feeling. It would be nice to have it and go to a few Bomber events and show that you have it. That’s just not going to happen. That’s tough.”